In Magalluf after a successful translation. | Amanda Jeffrey

Back in Mallorca and full of energy after a lovely holiday in the neighbouring island of Minorca, I went to play tennis with friends I hadn’t seen in quite a while! I don’t know if I had told you this but my father learned how to play tennis in order to win my mum over.

My mum has always been an absolute tennis geek and even worked at Wimbledon serving strawberries and champagne to the Queen Mother when she was a student in London. My father, an intelligent man, knowing how much my mum, “the international Liverpudlian” loved tennis, took lessons to learn to play, but then my mum definitely wasn’t so amused when he started winning the odd match!

My parents played at the beautiful Sporting Portals Club in Portals Nous, which as you know is very close to the Bonanza Hotel, where they both worked and where I was raised. My parents kindly hired a tennis instructor so that my brother and I could also learn this beautiful sport when we were kids. Looking back I appreciate this very much because learning the right moves as a child surprisingly stays with you over the years. That’s how my parents’ love story began and every time I arrive at the Sporting Portals Tennis Club and think of my parents, it moves me and makes me smile.

Judging by the photo you would think my service is unbeatable! I get most of my first serves in but I have to work on the speed. I’ve had good teachers and strive for returning everything so I’m usually quite pleased with my game as I’m sure Pablo Carreño Busta was last week in Tokyo! He did a brilliant job beating the very talented player Novak Djokovic, who seemed to be improving on his anger issues but threw quite a wobbler when his service wasn’t up to scratch. It’s a pity he hasn’t tackled this rather unbecoming behaviour since there’s no doubt he’s a brilliant player.

It’s wonderful we finally have our very own “Mallorcan Wimbledon”, right? An ATP tournament, which was the first on grass in Spain, was held at the end of June and hopefully we’ll have this tournament for many more years to come! This elegant, originally English, sport can be played in Mallorca all year round and that’s an absolute privilege. To be honest, July and August are too warm for playing comfortably unless it’s very early or rather late, so I would specially recommend the other 10 months of the year. We have many wonderful clubs like Sporting Club Portals, Santa Ponsa, Sa Teulera... Many great options, indeed. 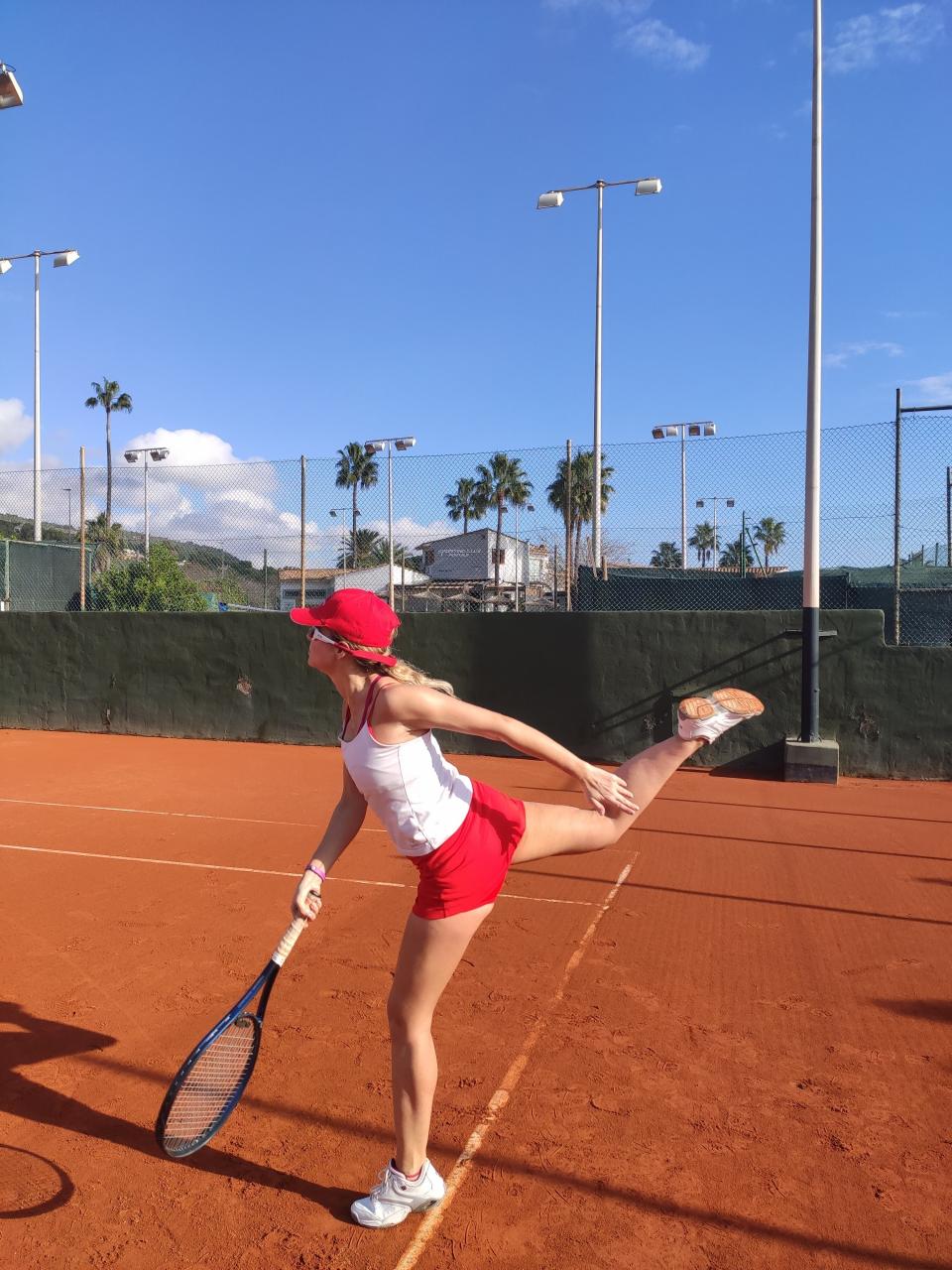 Playing these wonderful matches gave me the energy to tackle a simultaneous translation I did for a German client of mine, who wanted to sell his house and had been struggling with it for two years because of the pandemic as well as language barriers, which caused some serious misunderstandings. It was a long but satisfactory meeting and seeing his face of relief and happiness afterwards was a moment I’ll always cherish and remember, which makes my job worthwhile.

The property is located in Magalluf and we went out to have dinner to celebrate such a successful outcome of events! Our spouses joined us and we had a stroll around the area and I was positively surprised to see how much it is improving. It’s clear Meliá Hotels International is working on a long-term plan to transform Magalluf. My client told me this hotel chain has invested more than 250 million euros and now around 70% of hotels in the area are 4 and 5-stars.

Delighted to see it’s actually happening because I’ve been defending its status for years with my documentary Mallorca is not Magalluf and Magalluf is NOT Punta Ballena. The beach, promenade, infrastructures... Again, even more attractive than Cannes, Saint Tropez, Monaco and definitely Miami... Now we just have to get the media on board to stop stigmatizing it once and for all.

Magalluf is truly beautiful and hopefully there’ll be a before and after without repeating the same mistakes from the past. We can’t say yes to everything ever again. Not “everything goes”. I believe in its huge potential . Have you seen it lately? You really should!

This lady is quite obviously being paid for her dubious (no, ridiculous) opinions...by whom I have no idea...what is patently obvious that she has no real idea of European and or global tourism and is no better than equally dubious, uneducated, bloggers and vloggers....I hope that sophisticated readers will not take what she says as being meaningful and serious, and I hope that MDB is not the source of her funding!!!!