For 14 years, the generously-supported charity has been expanding and thriving

A slow-motion horror movie is playing out in Afghanistan and I for one can’t seem to take my eyes off it. The aftermath of Biden’s decision to complete US troop withdrawal by 31 August (despite kindly reassuring people in July that the chance of the Taliban overrunning everything was ‘highly unlikely’) is heartbreakingly chaotic, and I find myself soaking it up like an emotional sponge. Writing about what fun I’ve had at a Mediterranean beach club seems rather grotesque. 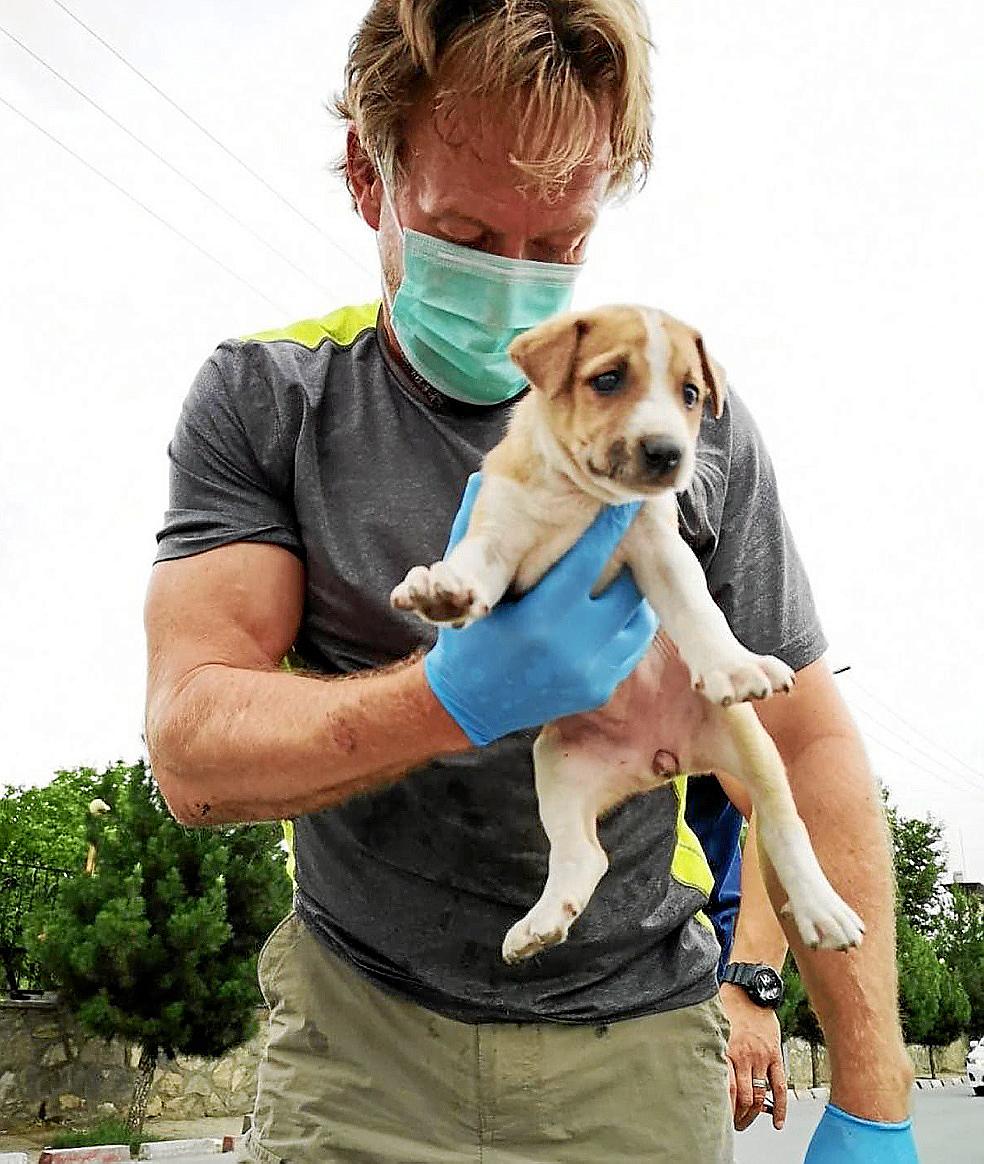 There’s one story in particular that I’ve been carefully watching unfold, and that’s of Sgt Pen Farthing and his family of dogs and cats. Pen first came to Afghanistan in 2006, a member of Kilo Company 42 Commando Royal Marines. They were detailed to provide stability for the local people in the war-torn town of Now Zad in Helmand province. But, Pen didn’t just come to the aid of humans, he made a fair few friends in the animal community too.

Breaking up an organised dog fight, one of the dishevelled participants offered up big sad eyes and ‘adopted’ Pen as his new best friend. Pen didn’t want to leave his four-legged battle buddy Nowzad behind at the end of his tour, so he concocted a plan to get him back to the UK. It was a success. Dozens of soldiers in the same position then contacted Pen for help with their fostered pups. In 2007, The Nowzad Charity was born. To date, Pen has reunited over 1,700 soldiers with the dogs and cats they bonded with on the front lines of Afghanistan. 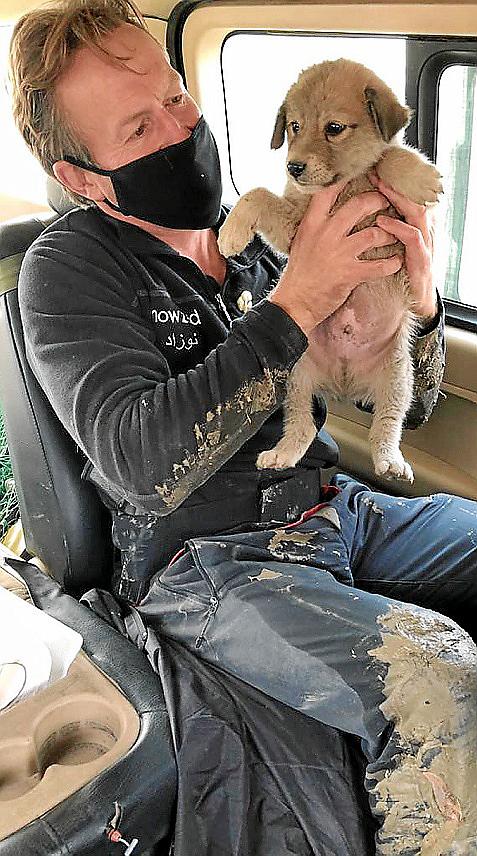 Today, Pen and a team of 24 Afghan nationals manage a modern veterinary clinic for animals in distress, alongside a dog and cat shelter, and a donkey sanctuary. For 14 years, the generously-supported charity has been expanding and thriving, but now, like thousands more, they need out.

As a British national, Pen was entitled to leave Kabul at the earliest opportunity, but felt morally-bound to stay with his team and the animals. His Norwegian wife took an evacuation flight to Oslo, however Pen hung on while he appealed to the UK Government for help.

Drawing on his Marines’ spirit, Pen put in much of the groundwork for #OperationArk. A privately-funded Airbus A340 was on standby. It would arrive fully-loaded with medical and health supplies for those precariously waiting at Kabul airport and leave with Pen, his staff, their immediate families, plus 98 fully-vaccinated disease-free dogs and 79 equally-healthy cats. With The Nowzad Charity occupying only 69 seats, there would be around 130 spare for desperate Afghans meeting the criteria for evacuation. The animals would go in the hold - a space unusable by humans. 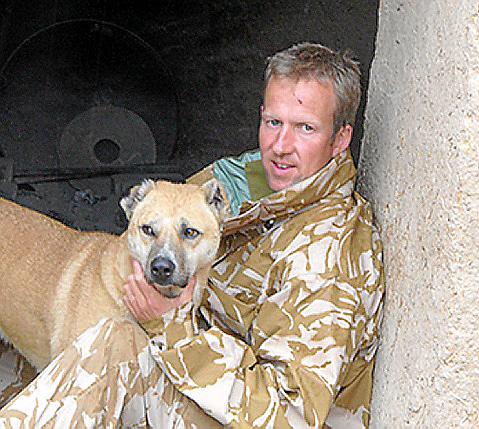 With an anticipated one-hour turnaround, Pen’s team had spent days practising loading the transport crates into a chalk-sketched scale drawing of the hold. London Heathrow’s Animal Reception Centre and The Department for Environment, Food and Rural Affairs were ready. Also in waiting were accommodation and jobs and/or training schemes for each staff member (people like 26-year-old veterinarian Dr Hamida Shabae, a young lady who would likely be unable to continue working under Taliban rule) and offers of homes for the Nowzad cats and dogs. Pen patiently waited Boris Johnson’s nod.

There followed a rollercoaster of events. First, after relentless lobbying, the Prime Minister said he would grant the necessary visas. There was much jubilation. Now all Pen needed was an International Security Assistance Force (ISAF) call sign - essential for a commercial aircraft to land in a military airfield. Then, after the breakthrough, came the bombshell. While the right hand (Boris) said he would grant the necessary visas, the left hand (the MoD) said they were not prepared to ‘prioritise pets over people’. An ISAF number would not be forthcoming.

The public set to work expressing their outrage - including a heavyweight celebrity following. Ricky Gervais succinctly Tweeted: “Dear stupid (swearword) saying we shouldn’t put animals before people. 1. The animals go in the hold where people can’t go. 2. This is an extra, privately-funded plane that will allow MORE people to be saved. #OperationArk”.

The outrage seemed to hit the spot and, in an apparent U-turn/overruling, the UK Secretary of State for Defence Ben Wallace said that he would facilitate Pen and his staff’s evacuation.

Rumour has it that animal-lover Carrie Johnson put pressure on her husband - although that’s been swiftly denied. The Airbus A340 has a slot this morning (Friday).

Whether #OperationArk will get its happy ending remains to be seen. At the time of writing, Pen and co were waiting at the airport’s perimeter, but unable to enter. I hope with all my heart that a man who served Queen and country for 22 years, and then dedicated his life to improving the lot of Afghanistan’s animals and the locals who cared for them, gets the outcome he deserves.