For The Beatles, ‘The Long and Winding Road’ was judged to have been ninetieth. Their oeuvre, which in this particular song’s case was McCartney on his own but was attributed to both he and Lennon, was substantial, to say the least. Their own road was long and winding, and it went much further than courts in Belgium.

In Majorca, one can travel a long and winding road - into the Tramuntana Mountains, for example. But with any road, there is long and there is long. The smaller the territory that hosts the road, the shorter the road is likely to be. One can get to the end of the road comparatively quickly. End of the road, and for an artist, it means the end. There is nowhere else to go.

For a rapper from Sa Pobla, specialising in the Catalan language, there are the possibilities offered by air and sea and therefore a larger world than that contained within Mallorca’s coasts. For one particular rapper from Sa Pobla, that world has extended to a foreign land. The long and winding road to Belgium, so it has been suggested, was a journey partly conducted with him in the boot of a car.

Valtonyc has been in exile in Belgium since May 2018. Had he entered prison when he had been scheduled to, he would now be preparing to leave, if indeed he had served the full 42 months term. From his Belgian home, he has recently been speaking about the latest twist in the long and winding legal process that has been avoiding extradition.

Extraordinarily enough, Valtonyc (aka Josep Miquel Arenas Beltrán from Sa Pobla) has managed to get the Belgian Constitutional Court to rule that an 1847 offence of ‘lèse majesté’ (an offence against the dignity of a reigning monarch or against a state) is unconstitutional as it infringes the freedom of speech. As such, Valtonyc cannot therefore be extradited to Spain for this offence. 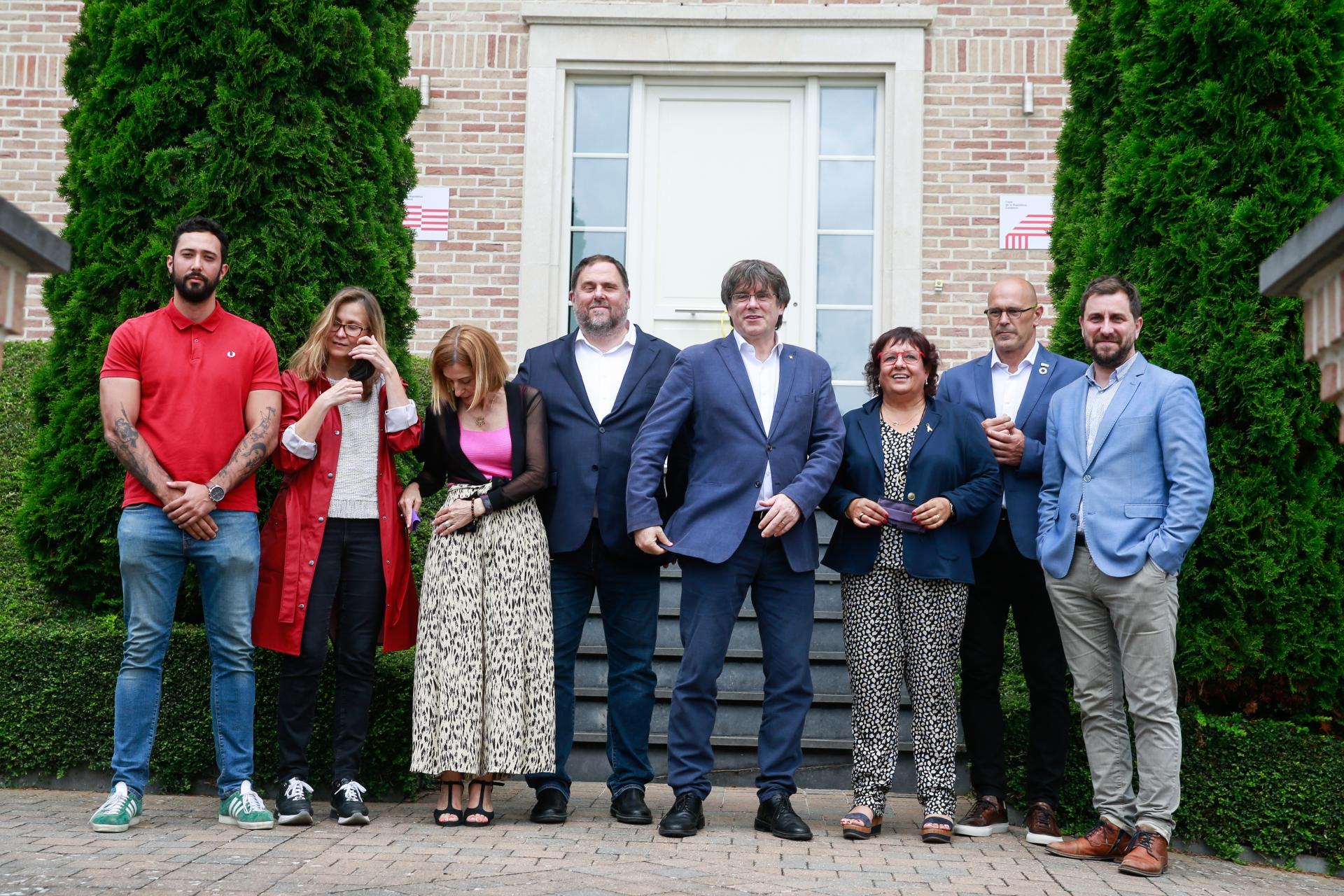 One day, one guesses, the saga of Valtonyc will resolve itself. Might it be a triumphal return? A parade along Barcelona’s Gran Via de les Corts Catalanes perhaps. At 13.1 kilometres in length, it is the longest street in Catalonia and the second longest in Spain. But the Catalonia length will be all that matters (certainly not Spain’s) on an open-top bus procession with Carles Puigdemont and fellow exiles.

“I don’t know when it might be, but I hope to be able to do this (return) with my fellow exiles. Together. We have done a lot of work together. We deserve to go home together. I imagine it like that. For the return. And for friendship, loyalty and commitment.”
If this is how it is to be, the Gran Via would offer the perfect way. Long but not winding. The twists in the road will have been removed, such as the remaining small matter of 42 months, and the world will watch on, wondering to itself who the fellow with the beard and the glasses is and who looks like any other ordinary Josep from Sa Pobla, now aged 27 but quite possibly much older by the time that the bus makes its slow progress along the Gran Via.

Before the affair about his lyrics blew up - insulting the monarch, glorifying terrorism, etc. - Valtonyc was 18 and hardly a well-known name except perhaps to a minority youth following in Majorca. Since the affair, he has become extremely well known - to a local audience. That imaginary procession would grab global attention because of Puigdemont, not Josep Miquel.

Mallorca, and it would be the same for many other music acts of whatever genre principally directed at a young audience, is small. The opportunities are limited. Valtonyc has come to realise this. In an interview with the website Vilaweb, he said in response to a question about “coming home”: “I don’t think so. I enjoy living in Europe and having to speak at least three languages every day, meeting people from all over the world. I think that Mallorca would make me small. At the moment, I have many ambitions that would not be possible there.”

The island would be too small. The long and winding road in Mallorca is indeed not that long.

Or so it appears to Josep Miquel. Exile is an unusual way of broadening horizons, but that seems to have been what has happened. Europe offers more; Belgium anyway, and not just for rapping.

What to think of this view. In Mallorca, one can speak three languages in a day and meet people from all over the world. But this said, it is an island.