Is America facing a civil war?

“The United States is coming to an end. The question is how?”

“The United States is coming to an end. The question is how?” | EFE

My interest was aroused by an article in the Daily Telegraph, published to mark last week’s anniversary of the raid on the Capitol by pro-Trump right-wing groups, in which the American author assured everyone that her country was not on the brink of civil war.

I was intrigued to know why she felt a need to deny this alarming possibility: who was saying that a new civil war was on the cards? It turns out it was New Yorker magazine (with the blunt headline. “Is civil war ahead?”) and newspapers such as the New York Times, who had taken their cue from two books by academics predicting civil war in the US within five years.

One of the books, by a Canadian Stephen Marche, concluded: “The United States is coming to an end. The question is how?”

Not, as one might have expected, as a result of black and Asian members of the society rising up in protest at their poverty and their treatment by the authorities, especially the police. The violence would come instead from the kind of white right-wing groups, such as the Oath Keepers or the Proud Boys, who led the Capitol assault.

No one foresees a repeat of blue and red armies firing muskets at each other, as they did in the 1860s, resulting in the killing of 600,000 people and contributing to the death of millions more as the economy was shattered. This time those who favour violence are spread around the whole country and have enemies within their own states.

What is feared is a US version of the Northern Island troubles, but spread more widely, with right-wing groups vying with each to make the most noise, blowing up government buildings, synagogues and other places where crowds congregate.

The tinder for violent insurrections certainly exists in the US, with over 40 million guns in circulation, nearly half of them automatic weapons, explosives easily available, and dozens of armed militias looking for a fight. Some states might try to break away from the federal union.

It is alarming that an opinion poll showed that nearly half of the US public, 46 per cent, believes the country will be at armed war with itself within a few years. A third believe it is “sometimes justified” to use violence against the elected government.

America is already a violent society, with 21,570 murders in 2020, a rise of 30 per cent over 2019 (even these figures may be an under-estimate, since not all law enforcement agencies release their figures).

In addition to that, the so-called military-industrial complex, which governed the country’s post-war foreign policy, caused many hundreds of thousands, probably millions, of deaths in overseas countries at the hands of the United States. It is hardly surprising that death is taken more lightly among people who have been involved in that experience. Or that they should express their social disaffections at home in a violent manner.

At the heart of the current fears is the character of the Republican Party, which has changed its tune about the Capitol riots, calling the insurgents “patriots” and “martyrs fighting for democracy,” having described them as “terrorists” at the time. The party now officially supports Trump’s belief (or pretends it does) that the 2020 Presidential election was a fraud – even though more than 60 court rulings have rejected this claim.

Republican governors are already changing the electoral laws in their states to make it harder for poor people without cars, especially blacks, to reach polling stations. The party is now 90 per cent white and appears to be in thrall to Trump’s racist demagoguery.

If he stands in the 2024 election, as he and a large majority of Republicans currently favour, there can be no doubt that he would become an autocratic President, more confident than in his first term, with a compliant Supreme Court, ready to impose any laws he wants to weaken his enemies or sustain himself in office. He would accept no curbs on his power. Concepts like truth and justice would lose their meanings, or be given new ones.

The best man to stop this happening is Joe Biden, but he is running low in the opinion polls, may well lose Congressional and Senate seats in the mid-term elections, and may not be able to fight another Presidential election. His Vice-President, Kamala Harris, foolishly linked the Capitol attack to historic assaults on America such as Pearl Harbour and the Twin Towers, giving little confidence in her ability to lead the Democrats.

All this ignores what most people would regard as the likeliest source of revolution in the United States: the anger and frustration of the black community. One may be sure that a President Trump would come down hard on a black-led revolt, but would not be willing use the same force against the violence of his right-wing supporters.

Since this spectre of a new kind of civil war is being taken seriously by serious people, perhaps the words of Abraham Lincoln might be usefully invoked: “ Let reverence for the laws be breathed by every American mother to the lisping prattler on her lap: let it be taught in schools, in seminaries and in colleges: let it be written in primers, books and almanacs: let it be preached from the pulpit.”

A British friend of mine who recently returned from working in the United States said he didn’t like the prospect of going back there. When I asked him why, his answer was succinct: “America is f----d.” It is hard to disagree.

The new woman in Boris’s life

It seems a bit ironic that the future of the Prime Minister, Boris Johnson, a legendary womaniser, should rest with a woman, Sue Gray, who is leading the investigation into the alleged Downing Street parties in May 2020 in the midst of lockdown.

Her record shows that he should not count on seducing her with his charm. She led inquiries that led to the resignations of Damian Green over pornographic images on his computer and Andrew Mitchell over Plebgate. 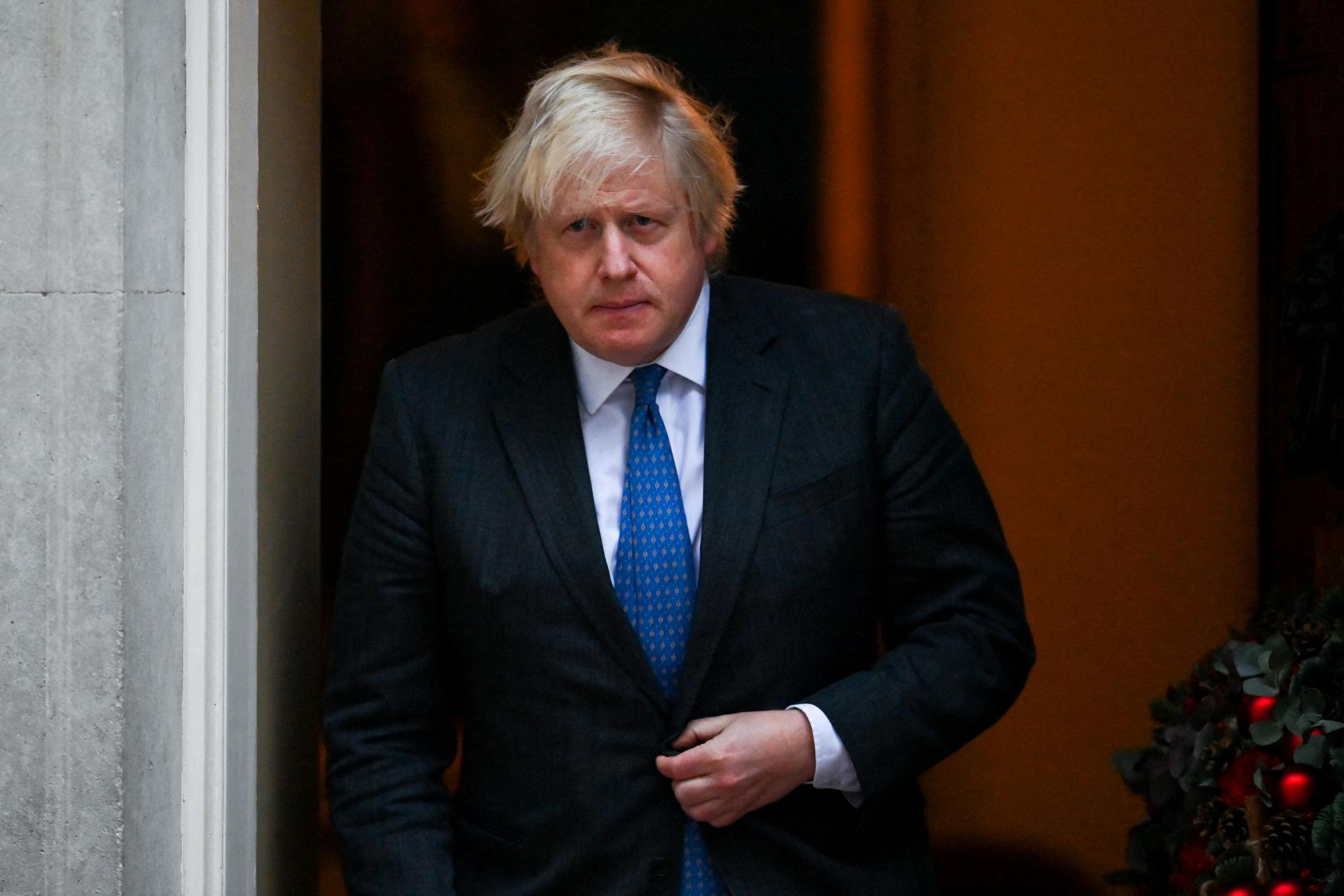 She has taken over the inquiry from the Cabinet Secretary, Sir Simon Chase, when he was compromised by allegations that he had held a party in his office. A colleague said she would brook no delays and would not allow anyone to influence her.

She works in the Cabinet Office and has served five Prime Ministers from Tony Blair and Gordon Brown to David Cameron Theresa May and now Johnson. George Osborne recalls that the first words she ever uttered to Cameron when he took office as: “No, Prime Minister, you can’t do that.”

Yet she is no stiff-necked Whitehall mandarin. She married an Irish country-and-western singer and later ran a bar near Newry in County Down. Brown and Michael Gove are on record as big admirers of her efficiency and integrity.

Johnson will see the report before it is published can propose “clarifications.” The report into bullying by Priti Patel was delayed for six months before Johnson refused to act on it. Whether Boris is wise to have “bet the farm” on her report, as an MP put it, remains to be seen. His hope, one assumes, is that it might provide him some “wriggle-room” and that events will have moved on before the report appears.
I suspect he is doomed.

Thanks for confirming. The article says the violence wouldn't come from black and Asians (as might be expected given their treatment by police) but from right wing groups. No reference to violence from the police in the article.

He also goes on to say that Republicans are making it more difficult for “poor” people and those without cars to vote. Doesn’t he know that Postal Votes, are allowed in that country ? Doesn’t he know that the vast majority of blacks live in cities and their suburbs and that the minority of people living in the country and less developed parts tend to be whites ?.

Martin, quote “ black and Asian members of the society rising up in protest at their poverty and their treatment by the authorities, especially the police. The violence would come instead......,” implying that the police mistreat Blacks and Asians, which is patently untrue. Mr Trelford should stop watching CNN

Charles, I don't see that claim in this article.