Ornithologists in Majorca say that the island is currently experiencing a record season in terms of the sightings of rare birds. Swans have been seen in Albufera (Muro) and Es Salobrar (Campos). In November, the La Gola centre in Puerto Pollensa reported the sighting of the Red-flanked Bluetail, more normally found in Russia and Southeast Asia.

There is a general decline in European bird populations and Majorca is no different in this regard. Nevertheless, there is an explosion of species that is attracting ornithologists to the island. The director of Albufera, Maties Rebassa, suggests that sightings of rare birds may simply be due to there being more people looking for them. The more common birds, he adds, are in less abundance than was the case only a few years ago.

Rebassa explains that the declining bird population is linked to farming methods. "Agriculture has changed much because of the Common Agricultural Policy. The use of pesticides has led to an alarming drop in numbers, up to 80% in some cases." Climate change, he feels, may be the reason why there are fewer examples of birds from high mountain regions. They are disappearing because of warming.

Josep Manchado, the Council of Majorca's director for the environment, suggests that climate change could also be the reason for a change in migration routes. Birds that normally head for Asia are stopping in Majorca.

Another factor is the weather in the Atlantic. The Baird's Sandpiper, which is common in Alaska and winters in Patagonia, has been seen at Son Sant Joan Airport. Tornadoes in the Atlantic could be the reason. 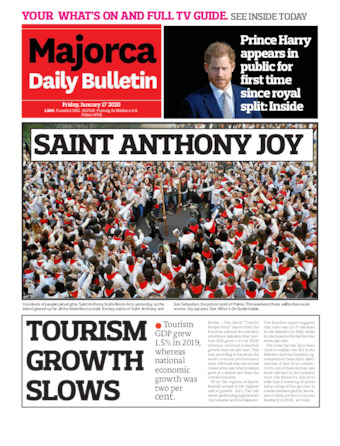