Gavin Dymock (pictured) remains in Son Espases waiting to be operated on along with his boss who had to be cut free from the Picasso they were traveling in.

26-year-old Gavin Dymock, who has lived on the island for the past four years and works for Powdercoating, was travelling up to Pollensa to see a client with his boss at midday on Friday.

He suffered two breaks to his left femur, a broken pelvis and four broken ribs. His boss, Justin Jones, remains in intensive care having suffered multiple breaks to various parts of his body. Yesterday morning he was brought out of an induced coma but remains on an assisted breathing machine.

“We’re both extremely lucky to be alive, I’ve never been in a car crash,” Gavin, who is still waiting to be operated on, told the Bulletin yesterday. 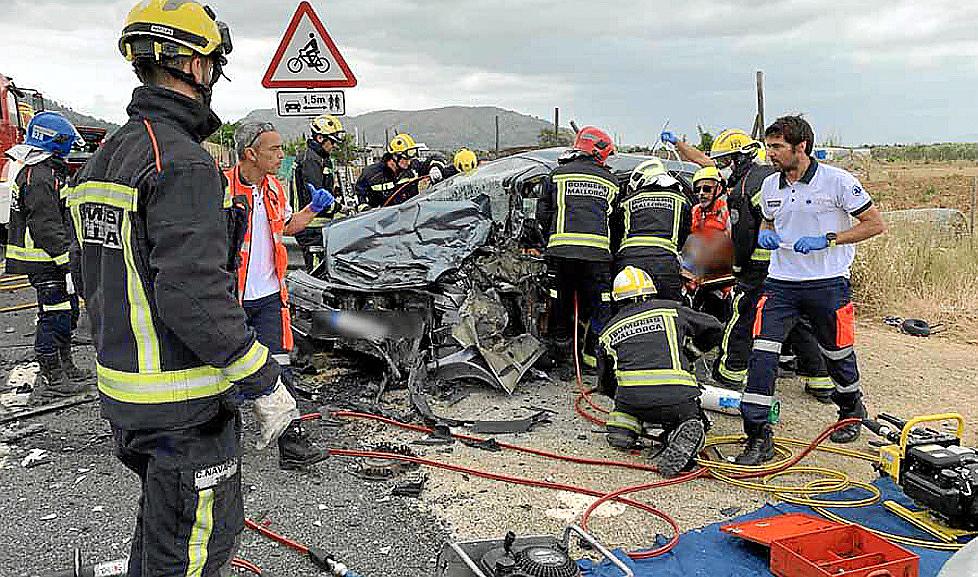 “Trouble is, they keep saying the operation will be tomorrow. That has been since Friday and as a result I haven’t been able to eat anything. I’m starving. I’m also in serious pain but I’m conscious now, and I appreciate this is a very busy hospital, but a bit more information would be appreciated,” he added. When Gavin saw the picture of the Picasso he and his boss had been travelling in in Saturday’s paper, he couldn’t believe he had lived to tell the tale.

“Obviously, I’m also in shock. I don’t remember too much, but what I do remember is my boss suddenly shouting that the vehicle in front of us, a white Range Rover, had begun spinning out of control, and then we hit it - apparently head-on. I eventually came round with my face in the passenger airbag and managed to climb out of the wreck; I then collapsed and passed out. Justin, however, was trapped and had to cut free by firefighters before we were both rushed to hospital. Three vehicles were involved, but Justin and I came off the worse, the rest escaped with just cuts and bruises.

“From what we’ve managed to piece together with the aid of the Guardia Civil is that the Range Rover was clipped by a driver who was speeding and has since been arrested; I understand he is in jail.

“Trouble is, the accident happened where the motorway narrows down into single-lane traffic and what has yet to be clarified is whether the speeding driver was travelling towards us or came out from behind and tried to carry out a double overtake, which is when he clipped the Range Rover,” Gavin said.

“Either way, I just remember Justin shouting, we crashed in to the Range Rover. I staggered out of the car and then woke up in hospital,” he added.

Both sets of parents have flown over to be with the victims, and Gavin’s girlfriend, who is Majorcan, is helping with the language and sorting out Gavin’s insurance paperwork, etc.

“It seems to be taking a long time, but we’re both lucky to be alive,” he repeated yesterday.