La Gola has reopened without a contract. | E.B.

The La Gola ornithological centre in Puerto Pollensa reopened at the start of August, despite the town hall's contract with the concession holder having run out in July.

The current four-party administration led by Tots per Pollença and the opposition Junts Avançam (previously in charge at the town hall) have blamed each other for the situation. The wetland area is once more suffering from problems of apparent neglect and vandalism. Signs and benches have graffiti and the woods are not being adequately maintained. Junts say that the three-month-old administration under Tomeu Cifre has failed to move ahead with the approval of new specifications for the centre and so therefore there is no contract. Cifre's team argues that the administration is seeking to restore co-management of the wetland with the direct involvement of the Balearic government, which owns the land. 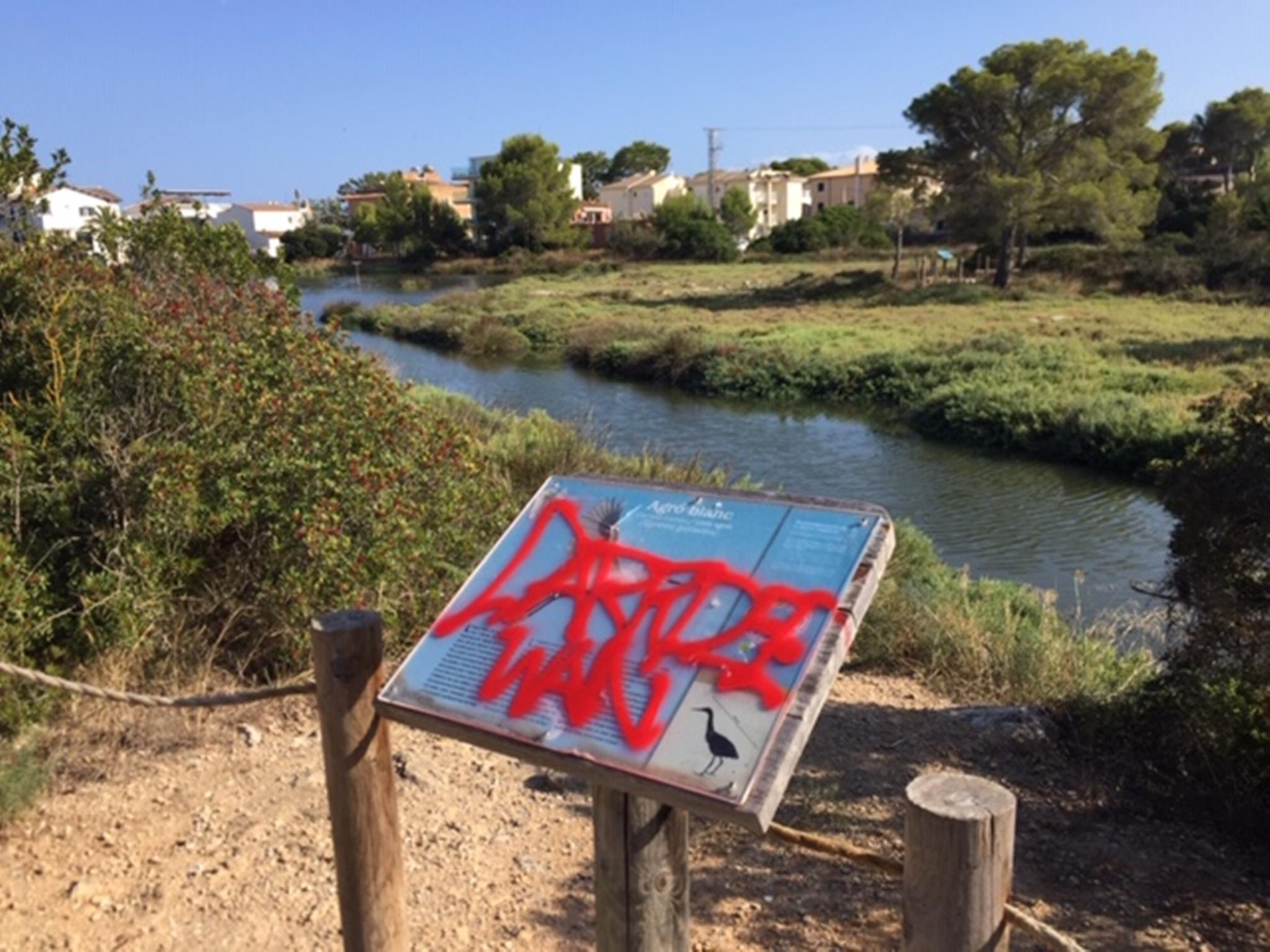 Graffiti and vandalism have been commonplace at La Gola since its opening almost a decade ago.

Maria Buades, the councillor for the environment, explains that the town hall has been in contact with the environment ministry's Ibanat agency and itemised flaws and deficiencies that need remedying. She adds that the administration is fully aware that the centre has reopened without a contract, but notes that there have been various other services which over the years have operated in such a way; street cleaning, for example.

The centre was created in 2010 as part of a project to rehabilitate the wetland and to provide adequate maintenance. At that time there was a government-town hall consortium for the management of the whole area. After the Partido Popular regained control of the government in 2011, the consortium was scrapped. The centre closed in 2013 and was then reactivated in 2016 under the current management model, one by which the town hall pays a contractor.

Ecclestone from Ibiza: "I would take a bullet for Putin...."

Dean Thomas | over 2 years ago

Unfortuately after being a visitor to the beautiful place of Puerto Pollenca now for over 20 yrs , this year I noticed more damned graffiti all over the place , even on the shop shutters along the promenade. So sad to see . it was never like this , why has it got like this now??