Thousands of people celebrated the arrival of 2020 with a night of live music, dancing and lots of fun in the streets of Palma. 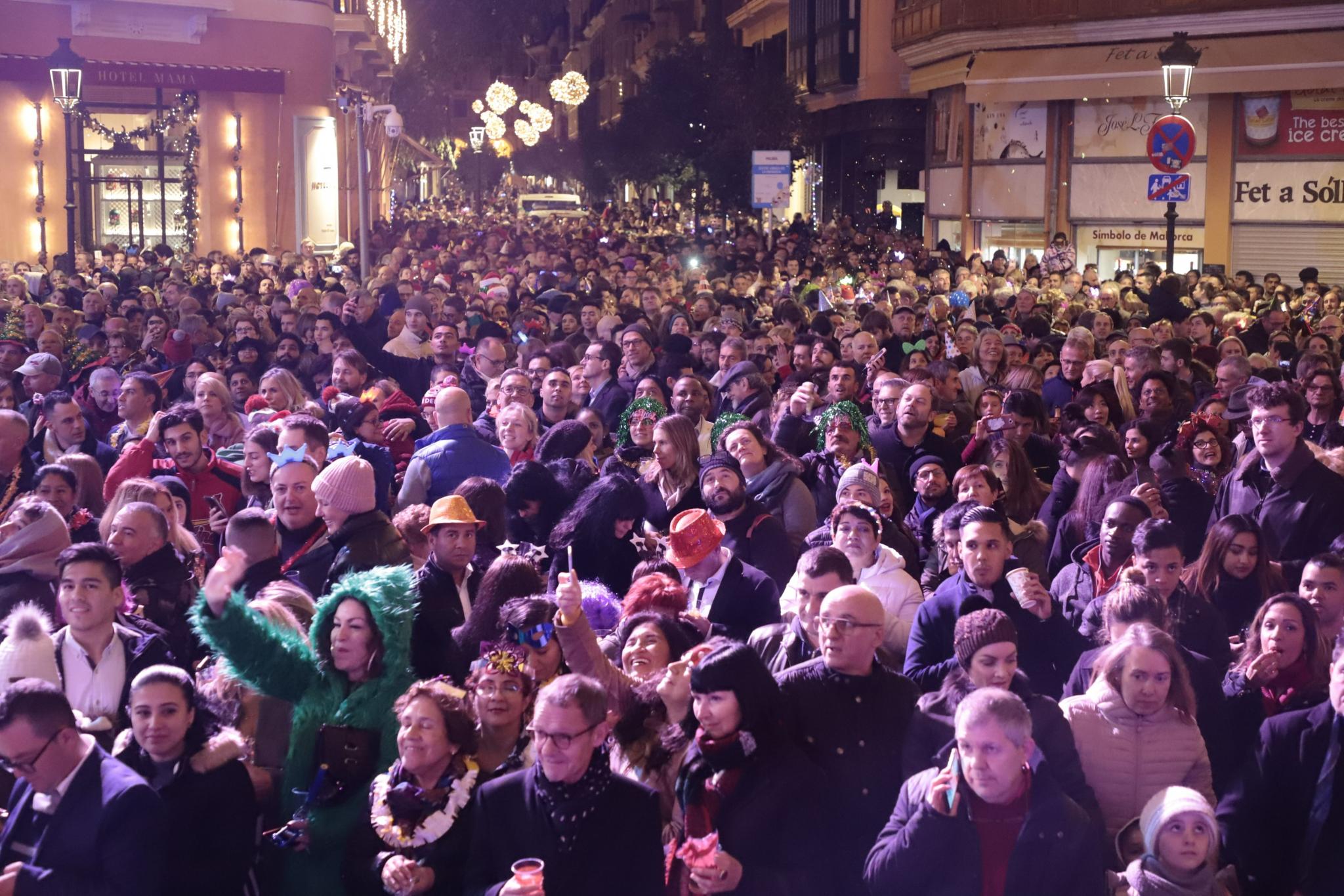 The New Year’s Eve celebrations moved to Passeig del Born in 2016 because the facade of Cort was being renovated and Palma City Council decided to keep both sites to cope with the large influx of people. 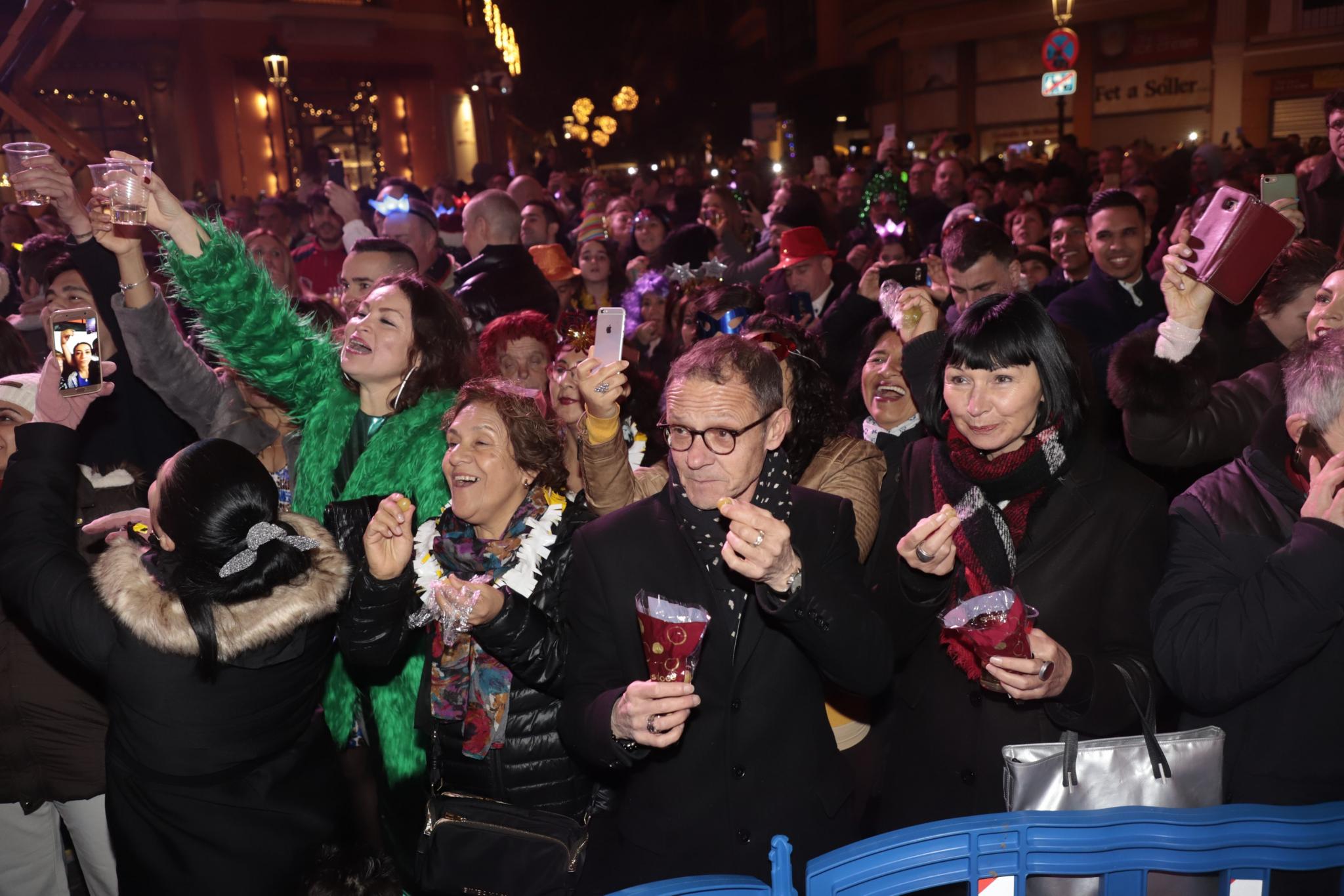 So, for the fourth year in a row revellers had the choice of two venues with parties held at Cort and Passeig del Born.

By 11pm both spaces were filling up with young and old, tourists and residents and Dj Juan Campos was spinning tunes from the 1970’s and 1980’s to keep them entertained in the run up to the bells. 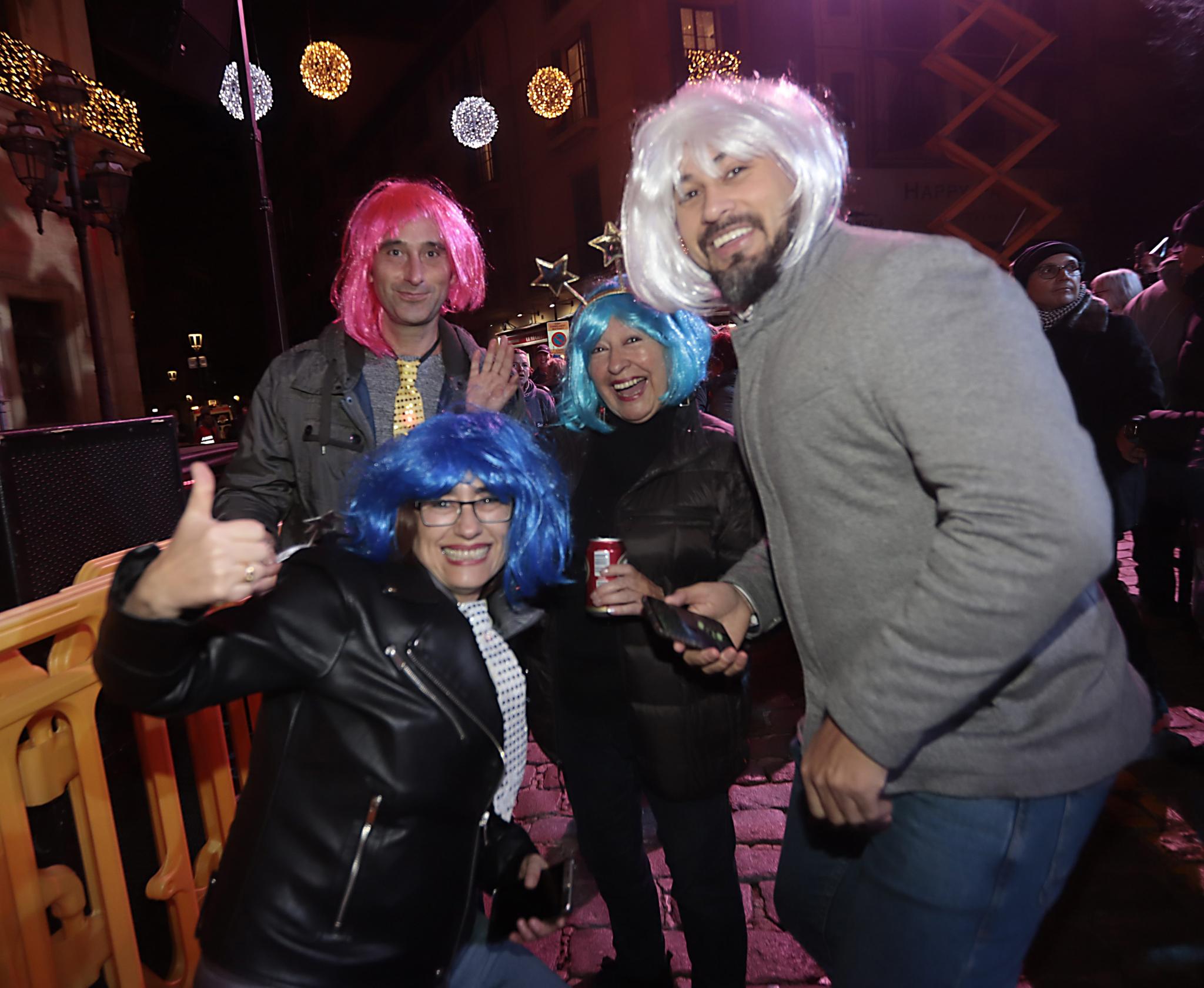 Just down the street, The Beat Bang were live on stage and crowds of people swarmed onto Passeig del Born and the surrounding pavements, grapes at the ready and drinks in hand. 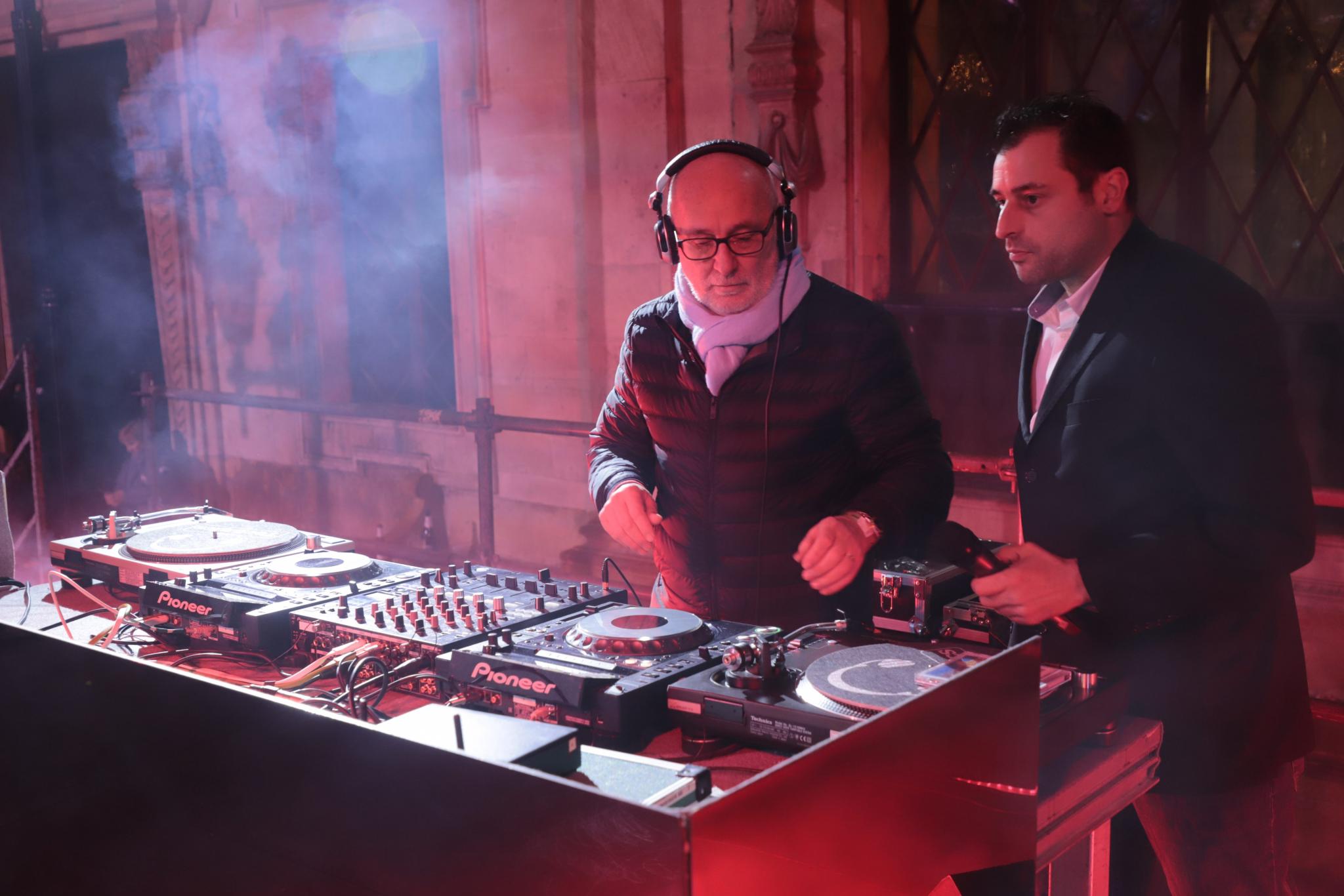 Later, the party moved to the Paseo Marítimo and clubs like Tito’s were jumping as the new decade got underway. 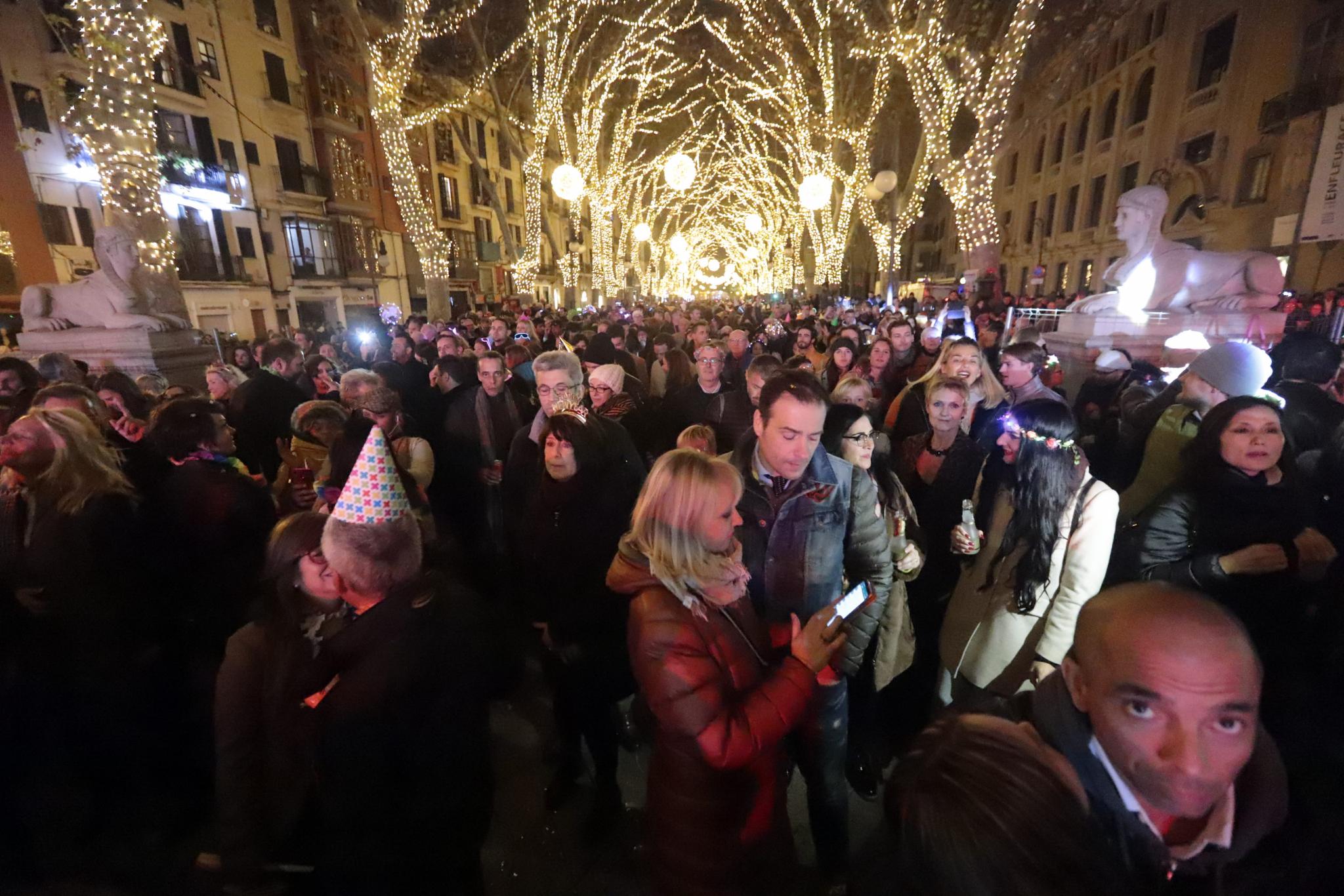