It was cold, wet and windy in Palma yesterday, but the Sant Sebastià 2020 celebrations went ahead anyway, but without the parade, the dance of the giants and the equestrian event. 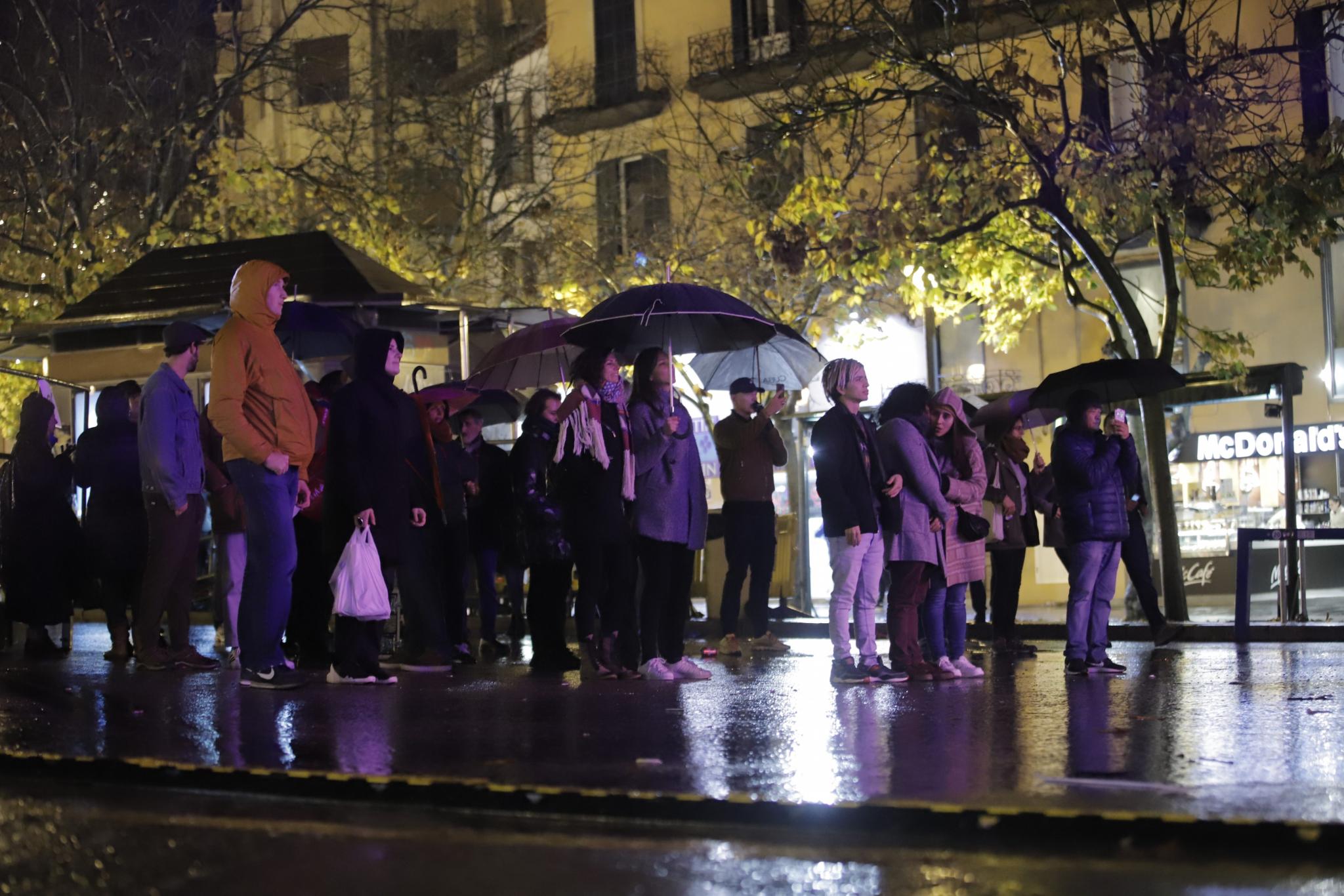 At 8pm the Saravà batucada, and a group of fire eating demons entertained those who had braved the atrocious weather as they walked from the Town Hall to Plaza Major in the rain where the Dra de na Coca lit the bonfire. 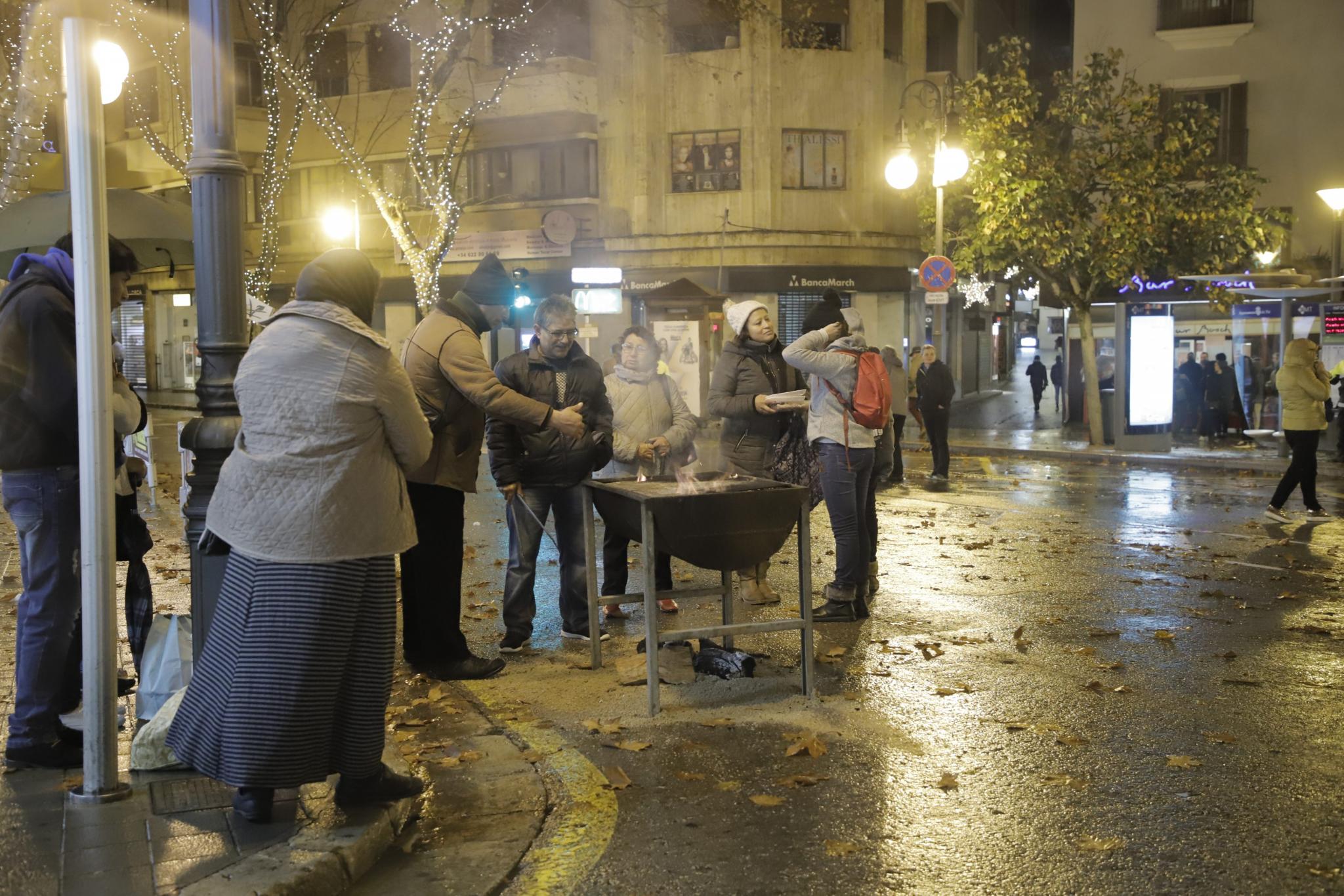 The bonfire and the grills needed some extra fuel to get them going because the wood was very damp. The crowd cheered as the flames took hold, the heat warmed them up and the sausages started cooking. 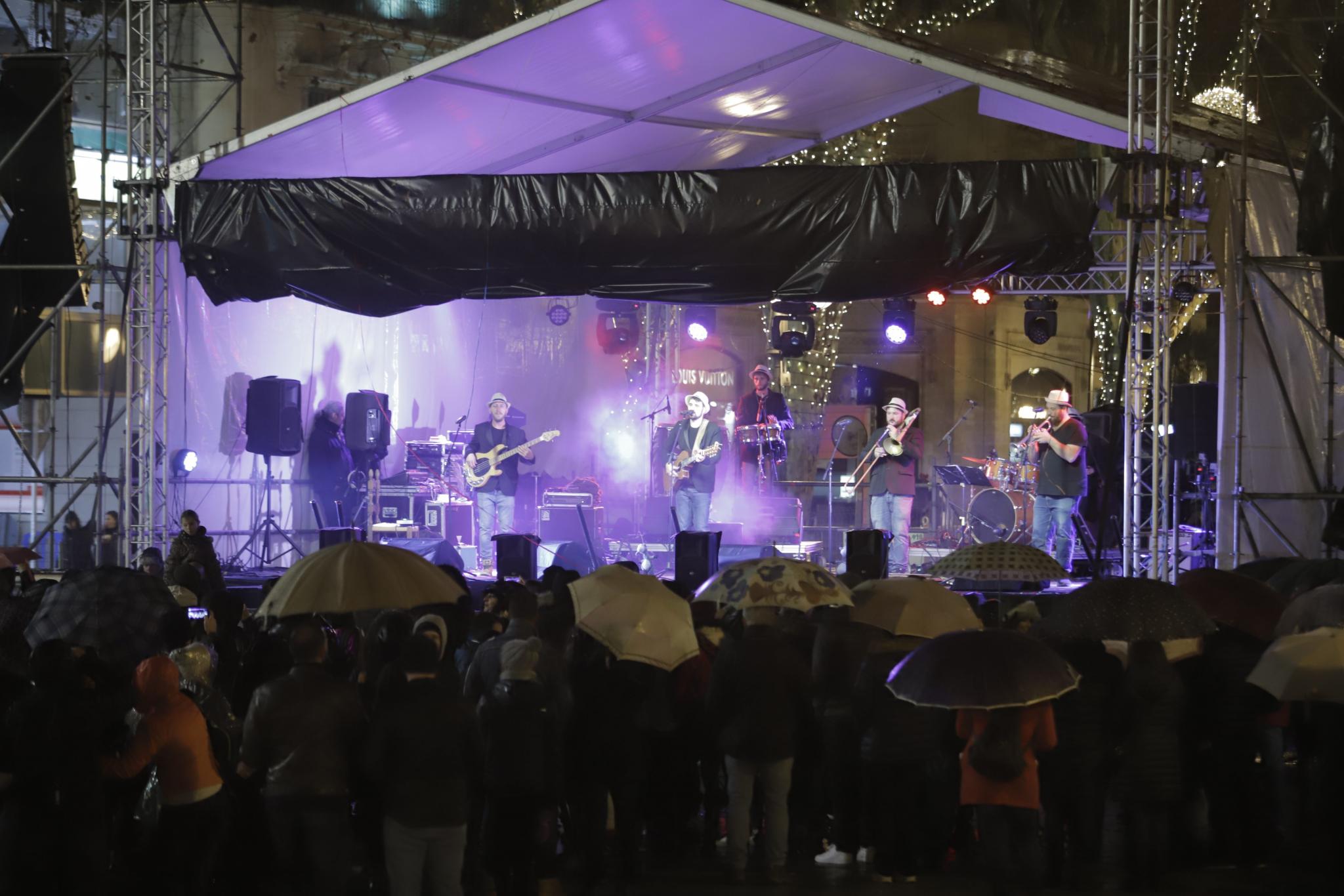 The Drac de na Coca, the batucada and the dimonis returned to the Town Hall and the bands started up. 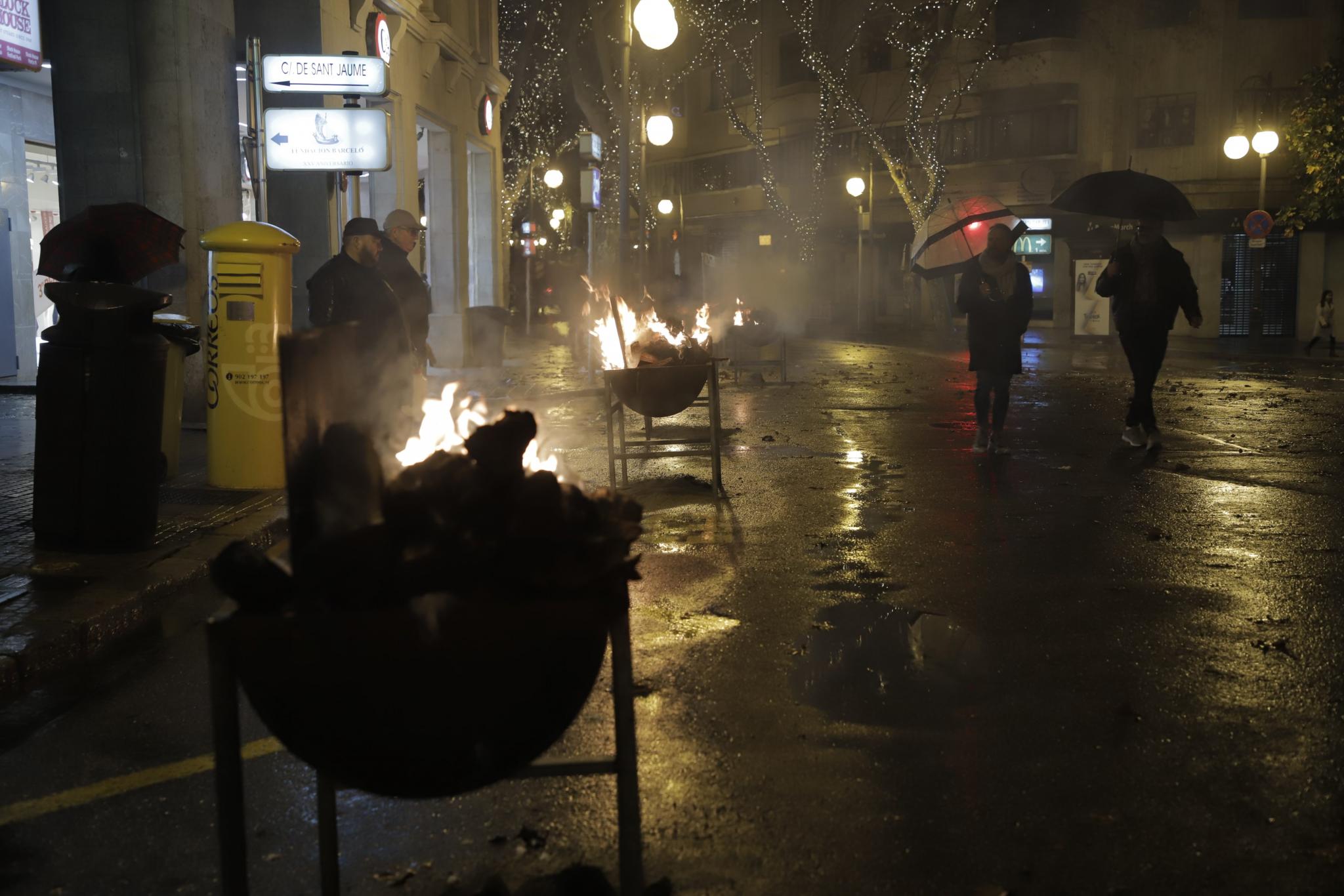 When the music played, the people danced with their umbrellas, but as soon as it stopped the party came to an abrupt end and the crowds headed for the warmth of hearth and home.