The next fair for "tourist vacational stays" (ETV) will be in Sa Pobla at the end of March. On Friday, the president of the ETV federation, Jordi Cerdó, met Llorenç Gelabert and Biel Ferragut - Sa Pobla's mayor and tourism councillor - and announced that Sa Pobla has been declared the "capital of Majorca's interior tourism 2020". Gelabert said that the town hall has offered its support to the federation because of a commitment to quality, regulated holiday rentals, something which is leading to an increased number of renovated houses in Sa Pobla.

In January, the town hall received fourteen requests for building licences for major work. Most of these were for redeveloping properties that will be holiday rentals.

Sa Pobla has a leading role in the expansion of the holiday rentals market in the island's interior. Under the rentals' zoning plan, there are 2,532 places (equivalent to between 400 and 500 properties). This figure is higher than those for Inca (1,672), Selva (1,668), Algaida (813), Marratxí (745), Alaro (678) and Binissalem (652). As well as the holiday rental houses, there is now a licence for the Finca Gayeta agrotourism establishment, while there is a project for a small interior hotel.

A reason for Sa Pobla having established this leading role is that the municipality benefits from having neighbours with beaches and which themselves have high numbers of holiday rental places. In Sa Pobla, the prices are lower than in the coastal municipalities.

The fair on March 29 will be held in the Plaça Mercat. The first fair was held last year in Algaida. 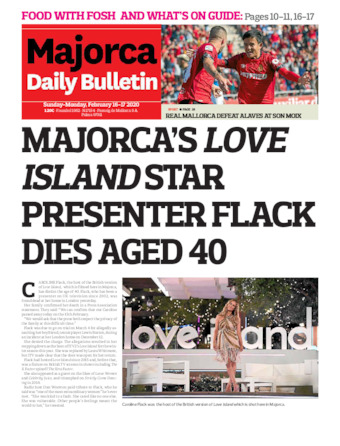