A man walks around with a mask on during a sandstorm locally known as "calima" in the Canary Islands, Gran Canaria. | BORJA SUAREZ

All incoming flights to Spain's Canary Islands were diverted on Sunday, airport operator AENA said, after a sandstorm from the Sahara hit the archipelago, coating the islands with orange dust and limiting visibility.

Around 144 flights have been affected so far, a spokeswoman for AENA said, adding it was unclear how long the airports would remain closed. 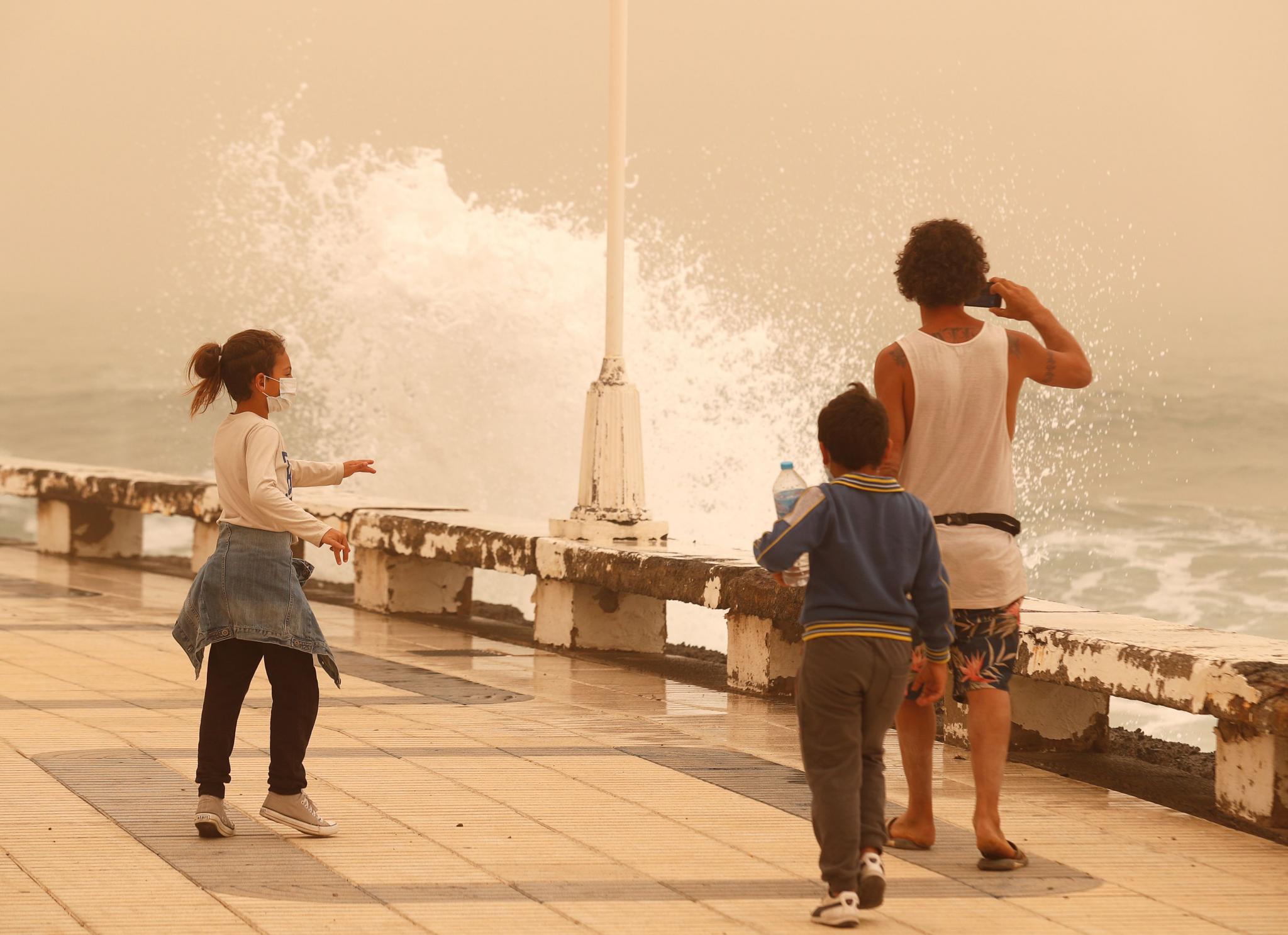 Some outbound services from Fuerteventura and Lanzarote were operating but all other flights into and out of the archipelago had been diverted or cancelled, she said.

A Reuters journalist at Gran Canaria airport saw long queues of stranded passengers.
The Ministry of Transport said in a tweet the weather should begin to improve from around 2300 GMT. 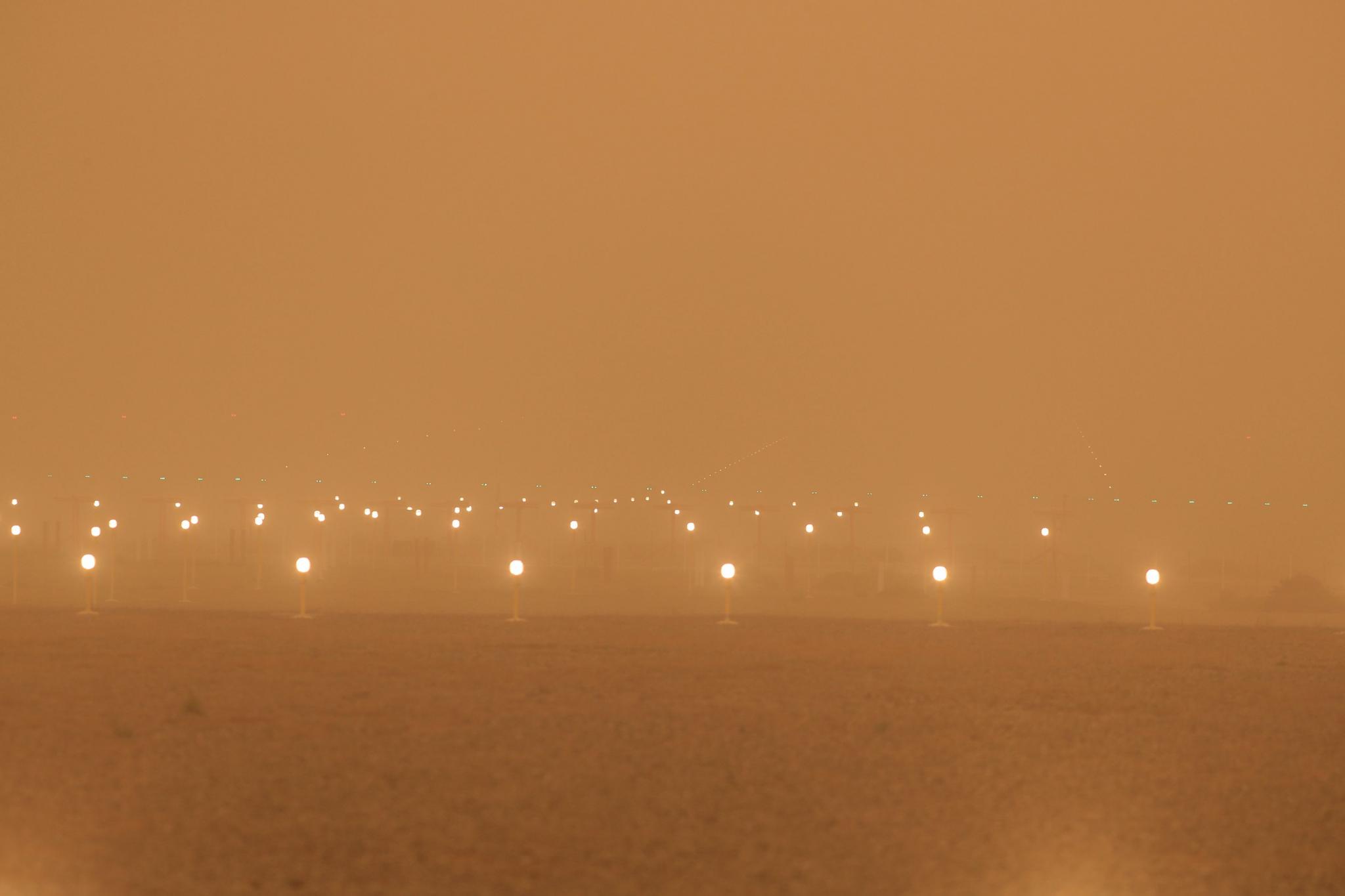 Known as "calimas", the sandstorms form when strong winds whip up dense clouds of sand from the Sahara and carry them across the 60 mile gap to the Canaries. 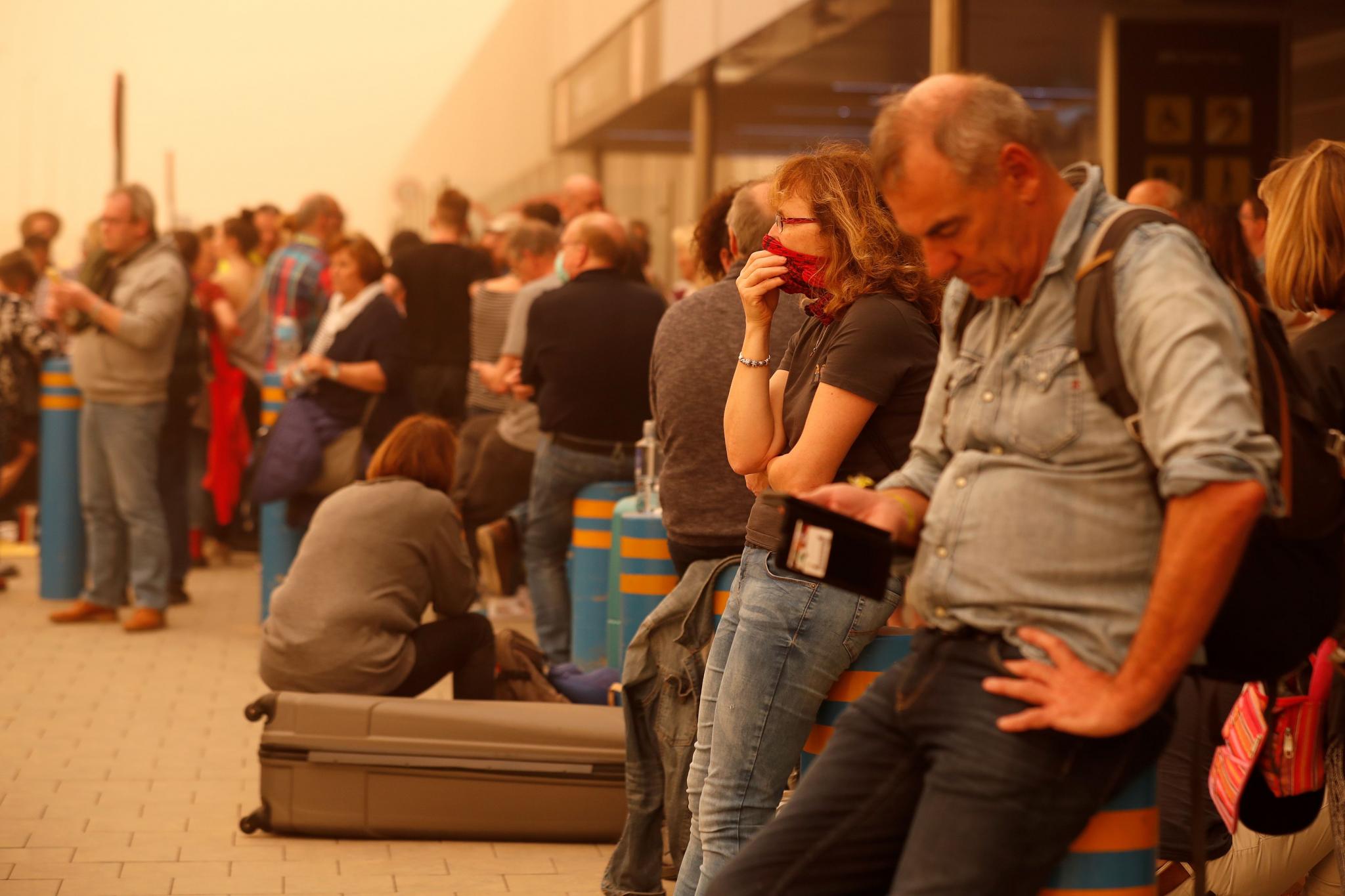 This latest storm has hit at a particularly bad time, coinciding with British school holidays, when thousands of holidaymakers descend on the islands in search of winter sun. 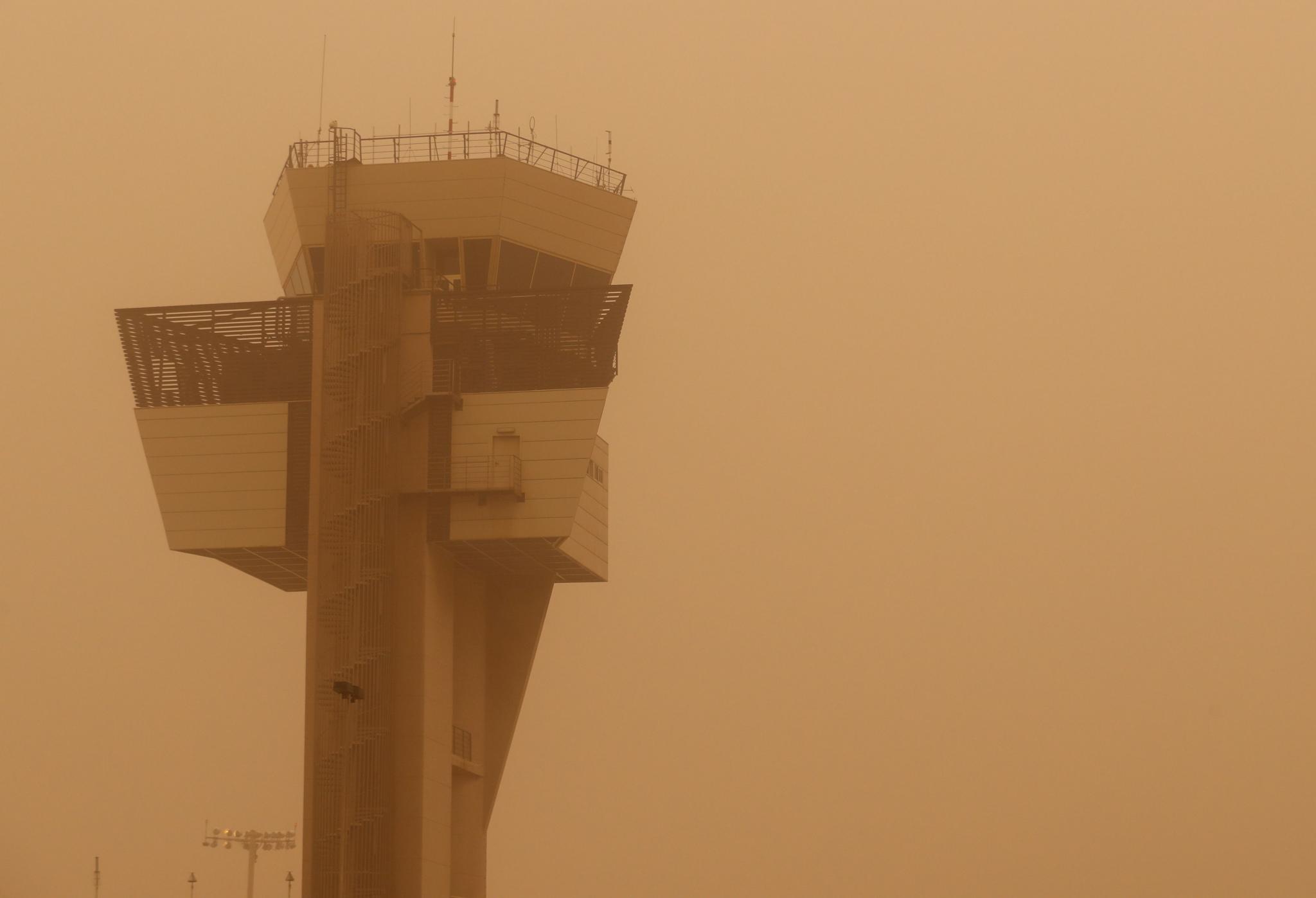 On Saturday night, the storm complicated efforts to quell a wildfire on Gran Canaria as firefighters were unable to deploy aircraft to tame the blaze, the island's government said.

The Canaries regional government declared a state of alert and advised people to keep doors and windows closed, while some of the carnival celebrations for which the islands are renowned were cancelled.