An Alcudia beach club almost in the sea

Here's a question. If you had the money to invest and were of a mind to plough it into developing a beach club in Alcudia, where in Alcudia would you choose? Don't all the answer 'the beach', because we know that. The question is - which beach, or sort of beach?

The obvious answer would be the several kilometre beach of fine sand on the bay of Alcudia, one of Majorca's premier beaches. Obvious, but then there is such a thing as planning permission, and where the beaches are concerned, permission gets complicated; more complicated than usual. This is because the Spanish government needs to have its two pennies' worth, and it does so through the offices of an authority, the name of which can spread fear and terror - the current-day coastal Inquisition, the Costas Authority.

Does anyone recall a kind of beach club being demolished along that several kilometre beach ten years ago? I remember it because there was a fuss (there normally is a fuss). The Café Playero Club was torn down because it occupied public maritime-land domain (a domain that the Costas have ultimate control of) and had done so for nigh on forty years without ever having got the correct authorisation.

My view at the time was that the Playero was doing absolutely no harm. It wasn't actually on the beach, but public maritime-land domain is a movable concept, while four decades of apparent "irregularity" finally caught up on it, rather like the chiringuito at Cala Torta in Arta, which was on the beach and had been for even longer.

Anyway, as it turns out, there isn't a plan for a beach club on the main beach. The plan doesn't involve the bay of Alcudia, as it is in the next bay, Pollensa. Of all the unlikely places for a beach club, the project envisages one in the Barcares area.

I refer to it as Barcares because there are that many small components to that area that it's impossible to know which is which. Strictly speaking, we're apparently talking about Corral d'en Bennàssar. But whatever the correct name, this is a part of Alcudia where there is hardly anything other than houses. It is a quiet, unspoiled area, which is probably why people like it, especially folk from Inca who seem to have mounted a takeover of the residences and made them second, summer homes.

The would-be developer is a company by the name of Barcares Beach Club S.L. (so it is Barcares then), and it has in mind the following: a floating pontoon, a demountable bar, one space with fifty sunlounger sets, a demountable wooden platform and access walkway with a further thirty sets, and the redevelopment as a restaurant of the old machine gun nest.

The locals are distinctly unhappy. They had been unaware of the project. No one had informed them of it, and there has been no opportunity to make submissions through any process of public consultation. Also unhappy are the surfers, as this proposed beach club is by one of the few parts of Majorca where kitesurfing can be practised.

The town hall is also unhappy. Mayor Barbara Rebassa says that her administration team was unaware that there was a project. "We will fight with the residents and with all legal resources to prevent this project. We are strongly opposed to it."

However, it would seem that someone at the town hall was aware. The mayor adds that there was processing during the election campaign in 2019, so it has been on the cards for getting on for eighteen months, with the regional branch of the Costas also having been aware. The project has been forwarded to Madrid for full inquisition.

Podemos in Alcudia have brought the matter to light, and they have asked the town hall and the Costas to provide information about the processing of the project. Insisting that it would "de-naturalise" the Corral d'en Bennàssar beach (such as it is), they have also expressed their "surprise" that the developer (Barcares Beach Club S.L.) is Rafel Garau, the son of one Antonio Garau, of whom a great deal could be said, but which I will confine to the fact that from 1964 to 1991 he was the head of the Costas in the Balearics.

One would think that the Costas, as the authority now is, would be disinclined to entertain the project. This area is wholly different to the main beach, where an irregular bar that never intruded onto a vast expanse of beach had to be demolished. The Corral d'en Bennàssar beach club, from what one can ascertain, would basically occupy what beach there is and would in fact be more like a sea club, given that it would be right next to the water. 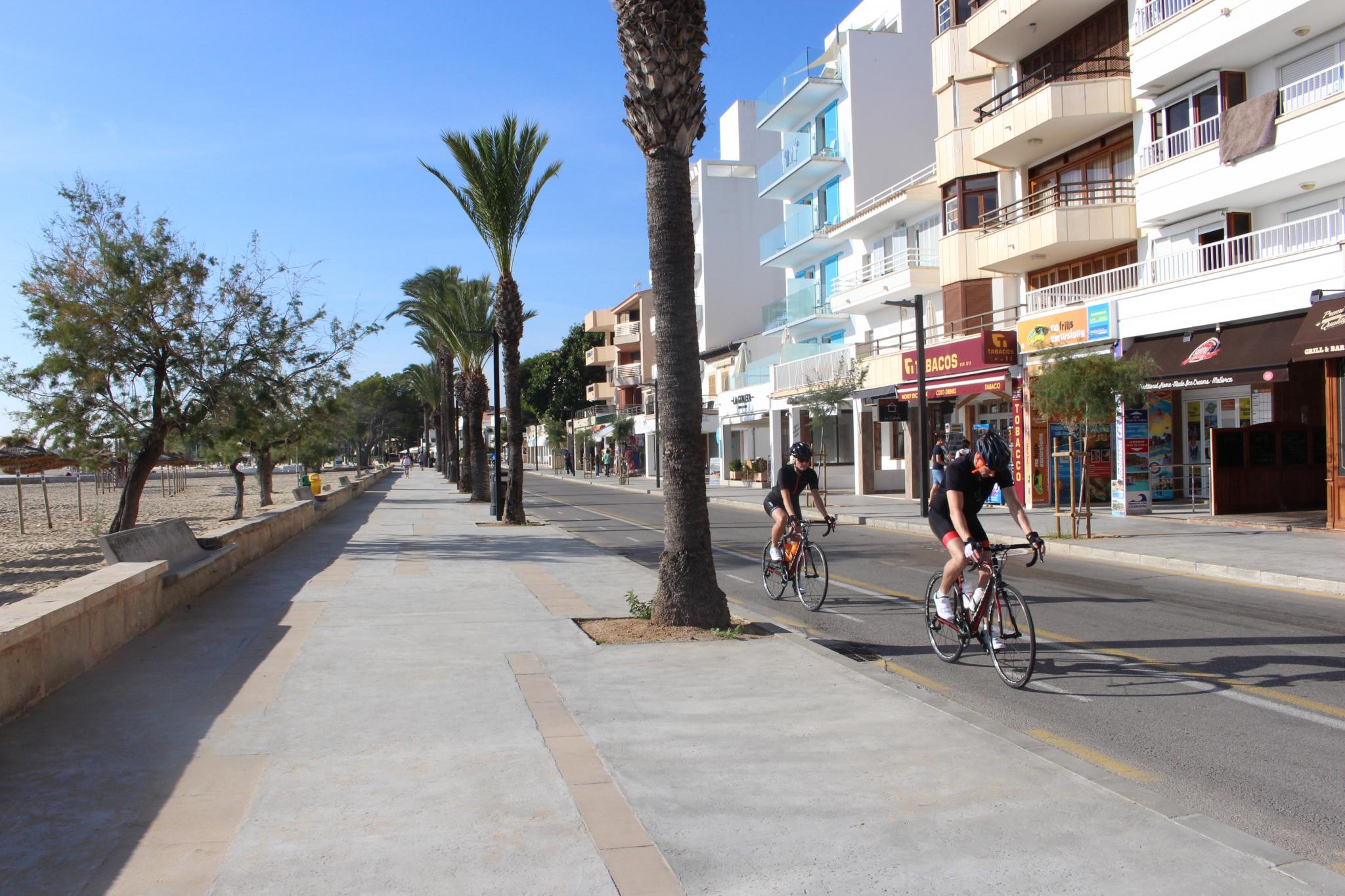 Toilets and parking in the "paradise" of Puerto Pollensa

Oh, what fond memories we have of the semi-pedestrianisation scheme in Puerto Pollensa. Fond, because it lurched from one cock-up to the next, involved a great deal of political fuss at the town hall, brought local businesses out in protest, obliged holidaymakers to have to have to cross piles of rubble, and had some Puerto Pollensa veterans denouncing the whole affair, not least because of the loss of parking spaces.

In the end, one surely has to agree, they made a very decent fist of it. But the problem was getting to the end, so long did it all drag on for. And now, there is another scheme, two in fact. The main scheme might make one tremble somewhat, given the experience with the semi-pedestrianisation, but at least it isn't on such a scale, as it essentially only involves the parking area.

Marc Pons, the regional government's minister for mobility was in Puerto Pollensa on Thursday to announce the latest development. Regular visitor though he has been to Puerto Pollensa, e.g. to inaugurate the new bus stops and to take a ride on the Formentor shuttle bus, Pons still felt moved enough to observe what a pleasure it is to be in Puerto Pollensa. "Paradise must be something like this."

Quite so, except for the spills into the sea of course, which weren't of concern to the minister. He was announcing the "final push" for paradise by improving the last section of the front line. The government will be investing 800,000 euros in resurfacing and reordering the car park, rebuilding the ticket booths and making them energy efficient, and eliminating remaining architectural barriers.

The tender for the work will be put out next week, and work is due to start in January and be finished in time for ... . Well, for the tourism season, if it arrives. There again, they said that about the semi-pedestrianisation, when there was far greater confidence about the tourism season starting.

But with any luck there will be tourists, as the other scheme is the return of the tourist information office to its rightful home. As Mayor Cifre noted, "this is the most emblematic area of the Moll, and this is where the tourist information should be" by the yacht club roundabout. The new office will be "affordable and functional" and it will also be larger than the old one; it could hardly be any smaller. Work will start next month and take four months (hopefully). Moreover, there will be public toilets. 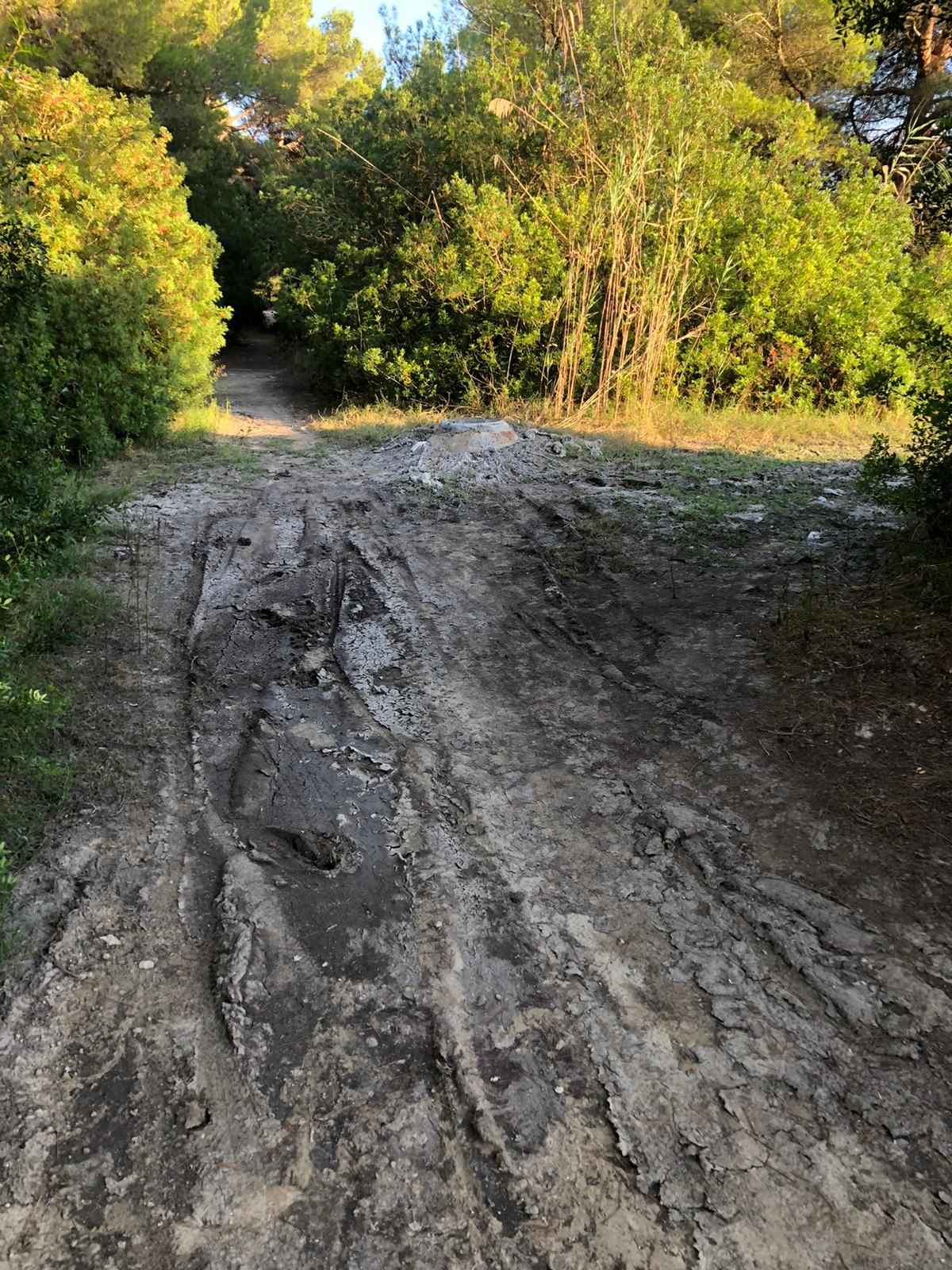 For years the Albufera treatment plant story has dragged on, the latest being that the regional government appears to have abandoned all hope of Santa Margalida town hall ever agreeing to the construction of a new one in Son Baulo.

So brassed off has the environment ministry's Abaqua agency got that it has terminated a three-party agreement for managing the Albufera plant, the two other parties being Muro and Santa Margalida town halls. They, as far as Abaqua is concerned, can manage their wastewater jointly.

Throughout this saga, Muro has been in complete agreement with the government, but now it is threatening to take the environment ministry to court. The ministry "is disregarding its responsibilities in respect of the Playa de Muro treatment plant and the construction of the new Can Picafort plant, which it has now simply given up on".

In a last attempt to arrive at a consensual solution, Muro has sent the ministry a letter in which the town hall points to agreements of 2001 and 2005 which acknowledged that the Albufera plant "manifestly" lacked the capacity to absorb all the wastewater generated by the growth of the tourist areas, i.e. Can Picafort and Playa de Muro.

Even without there having been the number of tourists this summer, the town hall states that the situation with the plant has only worsened this year, with all the environmental implications this has for the Albufera Nature Park and the bay of Alcudia. "It is unfortunate that in the face of such a serious situation, the government is turning its back on local authorities, which do not have the capacity to manage an infrastructure as complex as this treatment plant."

Indeed. It sounds as though the environment ministry has chucked the toys out of the pram. There again, and in one respect - Santa Margalida's constant obstruction - this isn't perhaps altogether surprising. Or maybe the Abaqua withdrawal is a ploy to try and finally get agreement for the Son Baulo plant. 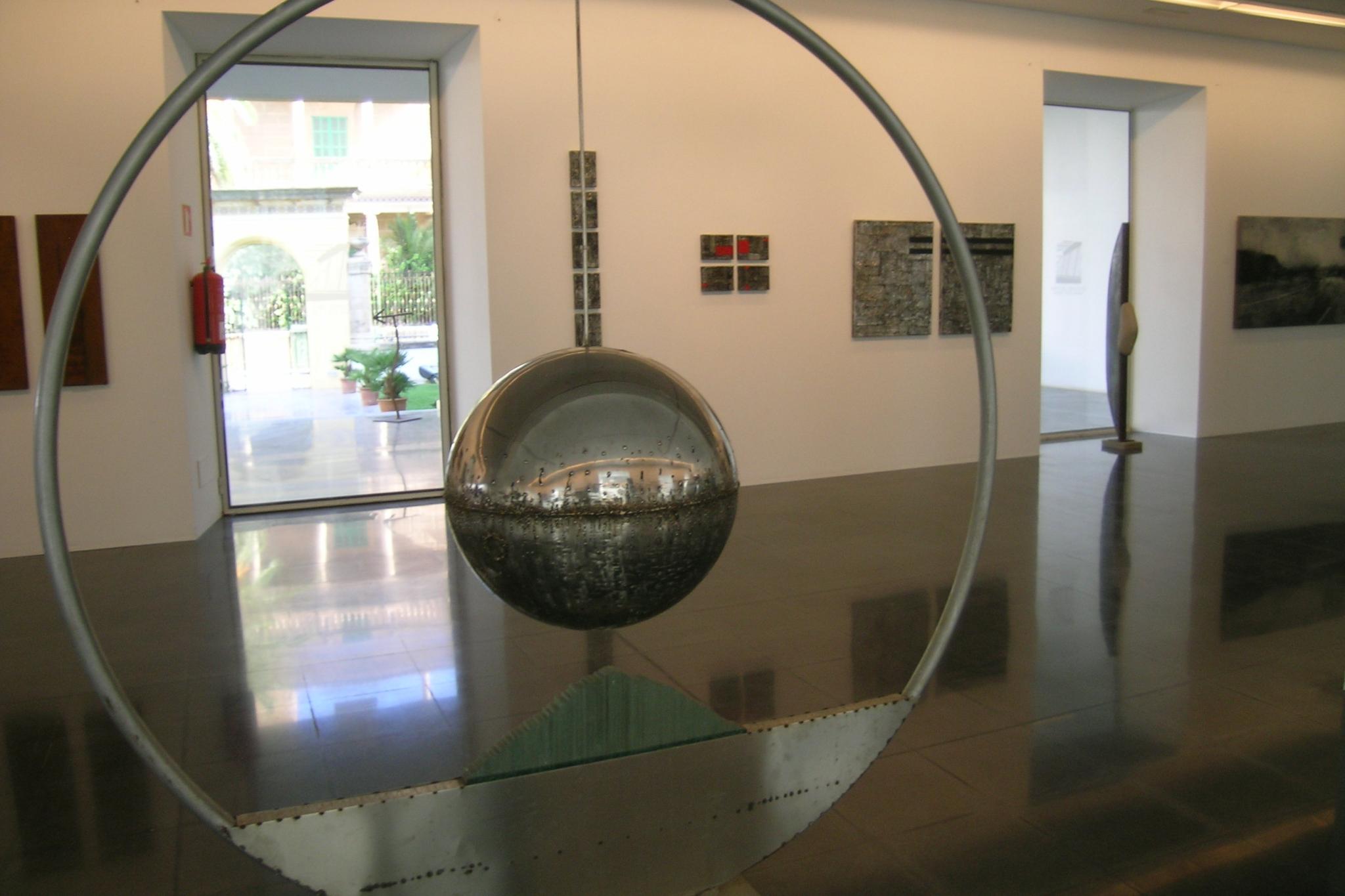 Art and Covid in Sa Pobla

The annual Art i Copes art and drinks event in Sa Pobla has been retitled to reflect what exhibitions are dubbing the 'New Reality'. On Saturday evening between 19.30 and 22.15 there are New Reality guided exhibition visits at Can Planas, as there will also be on Sunday at 12.30 and then at 20.00.

Other events include two concerts - indie rock Minagran in Plaça Major on Saturday night at 22.00 and the eclectic Petit at Sa Congregació (C. Rosari) at 19.00 on Sunday. Tickets for this are available via ticketib.com.

From Sunday until Thursday there was a military exercise entitled Alfa Camello in the bay of Pollensa. This involved a number of helicopters simulating rescues on land and at sea.

The helicopters were from the Helicopters Emergencies Battalion based in Valencia. This battalion supports the army's UME emergencies units in the event of disaster that affects the civilian population.

So what happened to the plan to encourage eco tourism? I can’t think of a more ‘inappropriate’ development for Alcudia. This is crazy. It’s paradoxical that it can take years to get permission to put a bathroom in your house if you happen to live in the Alcudia area. But if you know the right people (apparently) you can build a mini Benidorm in the sea on a beautiful natural site. Thanks for the news. Let’s hope that the local community get a voice this time.