Llucmajor-Campos road "the highway of shame"

Council of Mallorca accused of lying

The anti-roads group Plataforma Antiautopista has described the Llucmajor-Campos dual carriageway as "the highway of shame" and has accused the Council of Mallorca of lying and having shown a lack of transparency.

These views were made clear on Monday at the opening of the road. The president of the Council of Mallorca, Catalina Cladera, was accompanied by local mayors. Protesters were aggrieved at what they felt were Council lies about the scale of the project and the road's accident rate having been used as justification for financing the building of the road without a single euro of this financing having come from the roads' agreement with the Spanish government. 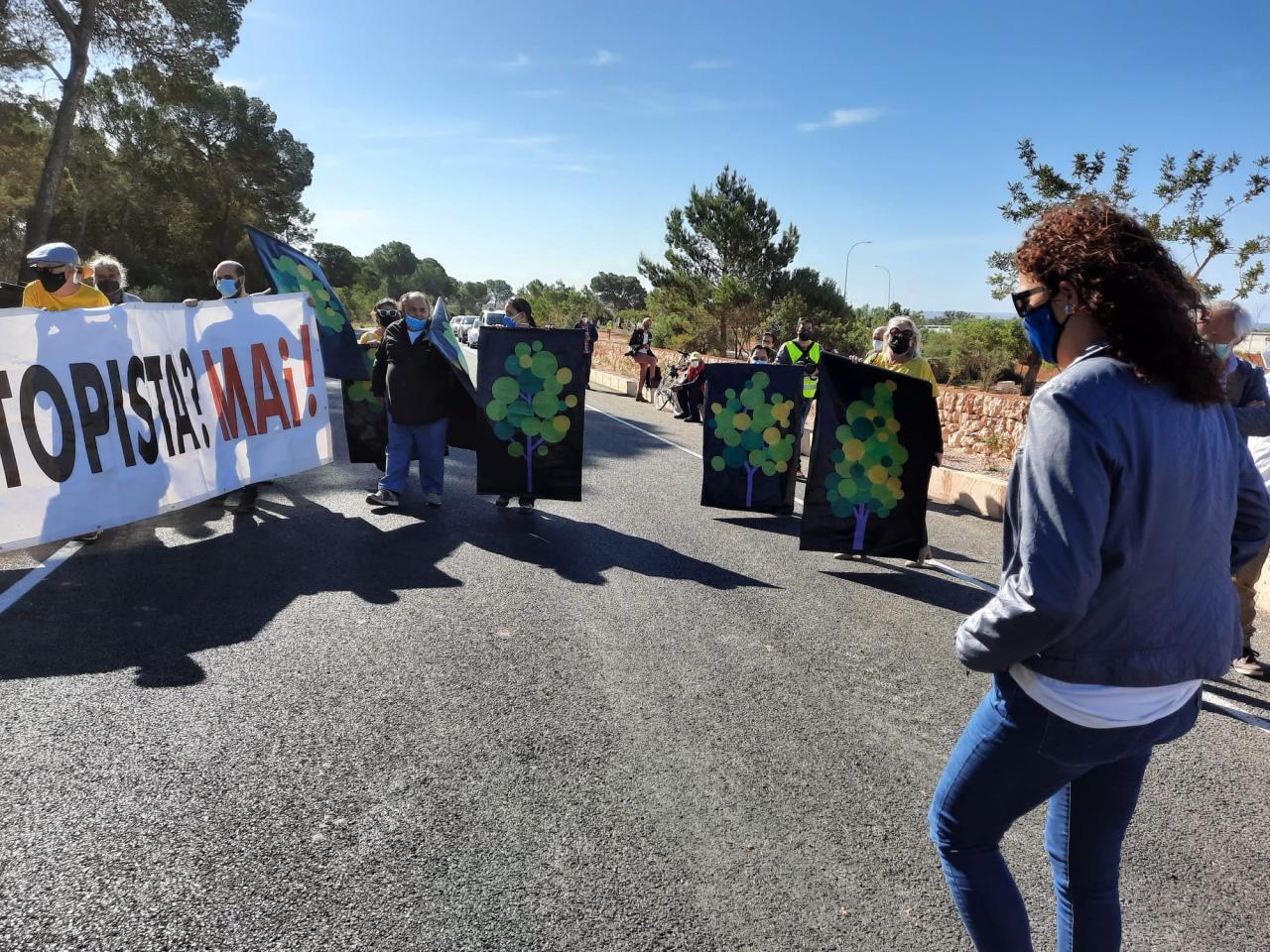 They maintain that the road represents the destruction of land, an unsustainable model of growth and the obsolescence of a model of transport based on private cars. Eight kilometres of highway have meant the loss of 54 hectares of rustic land.

When the project was first announced, the group described it as a motorway and so it continues to criticise the Council for calling it a dual carriageway, "when today it is clear that it is a six-lane motorway".

They attacked President Armengol for "never having wanted a meeting" to discuss the road and highlighted the fact that the Council's councillor for infrastructure, Ivan Sevillano, was absent from the inauguration. They interpreted this as his attempt "to hide".

This new motorway is a total succes and huge improvement. The old, two lane road was overfull and dangerous. Well done Mallorca!

The road between Llucmajor and Campos has been a death trap for 25 years and they have tried everything with speed restrictions, cameras, no overtaking, and still the death toll remained up. The only thing going for the protestors is that it is too late for the dead and should have been built when the motorway bypassed Llucmajor. On a lighter note, when I first came to the island it used to take 2-3 hours to get to Cala D'Or from the airport!