A volcano erupted on the Spanish Canary Island of La Palma on Sunday, sending lava shooting into the air and streaming in rivers towards houses in two villages from the Cumbre Vieja national park in the south of the island.

Authorities had begun evacuating the infirm and some farm animals from nearby villages before the eruption at 3:15 p.m. (1415 GMT) on a wooded slope in the sparsely populated Cabeza de Vaca area, according to the islands' government. 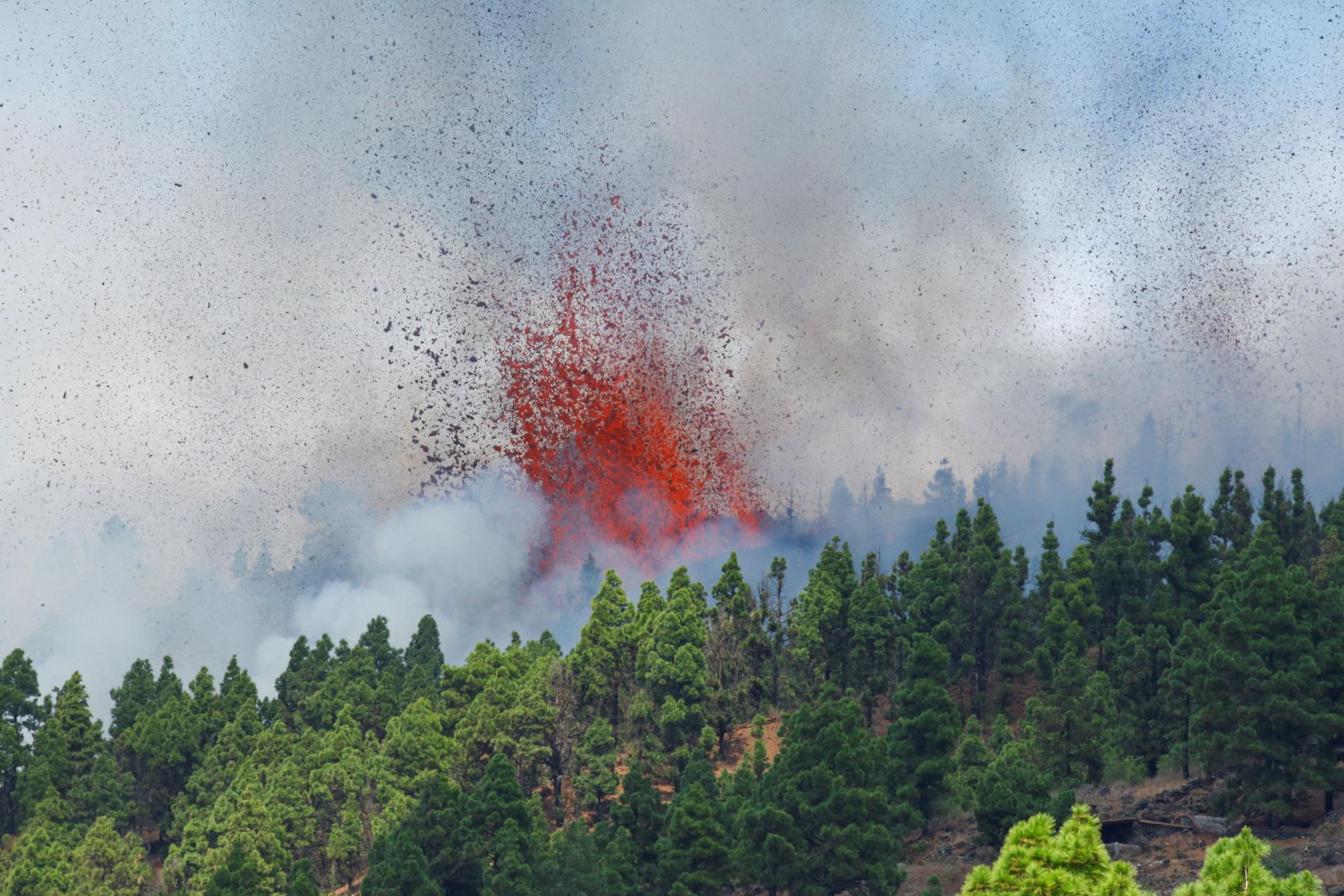 Two hours later, with lava edging down the hillside from five fissures torn into the hillside, the municipality ordered the evacuation of four villages, including El Paso and Los Llanos de Aridane.

After nightfall, video footage showed fountains of lava shooting hundreds of metres into the sky, and at least three incandescent orange rivers of molten rock pouring down the hill, tearing gashes into woods and farmland, and spreading as they reached lower ground.
One stream, several hundred metres long and tens of metres wide, crossed a road and began engulfing scattered houses in El Paso. Video footage shared on social media, which Reuters has been unable to verify, showed the lava entering a house.

"When the volcano erupted today, I was scared. For journalists it is something spectacular, for us it is a tragedy. I think the lava has reached some relatives' houses," local resident Isabel Fuentes, 55, told Spanish television TVE.

"I was 5 years old when the volcano last erupted (in 1971). You never get over a volcanic eruption," added Fuentes, who said she had moved to another house on Sunday for her safety.

'STAY IN YOUR HOUSES'
Canary Islands President Angel Victor Torres told a press conference on Sunday night that 5,000 people had been evacuated and no injuries had been reported so far.

"It is not foreseeable that anyone else will have to be evacuated. The lava is moving towards the coast and the damage will be material. According to experts there are about 17-20 million cubic meters of lava," he said.

Flights to and from the Canaries were continuing as normal, the airport operator Aena said.

Spanish Prime Minister Pedro Sanchez arrived in La Palma, the most northwesterly island of the archipelago, late on Sunday for talks with the islands' government on managing the eruption.

"We have all the resources (to deal with the eruption) and all the troops, the citizens can rest easy," he said.

Stavros Meletlidis, a doctor of volcanology at the Spanish Geographical Institute, said the eruption had torn five holes in the hillside and that he could not be sure how long it would last.

"We have to measure the lava every day and that will help us to work it out."

King Felipe spoke with Torres and was following the developments, the royal household said.

La Palma had been on high alert after more than 22,000 tremors were reported in the space of a week in Cumbre Vieja, a chain of volcanoes that last had a major eruption in 1971 and is one of the most active volcanic regions in the Canaries.

In 1971, one man was killed as he was taking photographs near the lava flows, but no property was damaged.

The earliest recorded eruption in La Palma was in 1430, according to the Spanish National Geographical Institute (ING).