the officers marched into the icy waters

Two Spanish police officers waded into a frozen reservoir to rescue a stranded dog as a cold front arrived in the northern part of the country, police said on Wednesday. 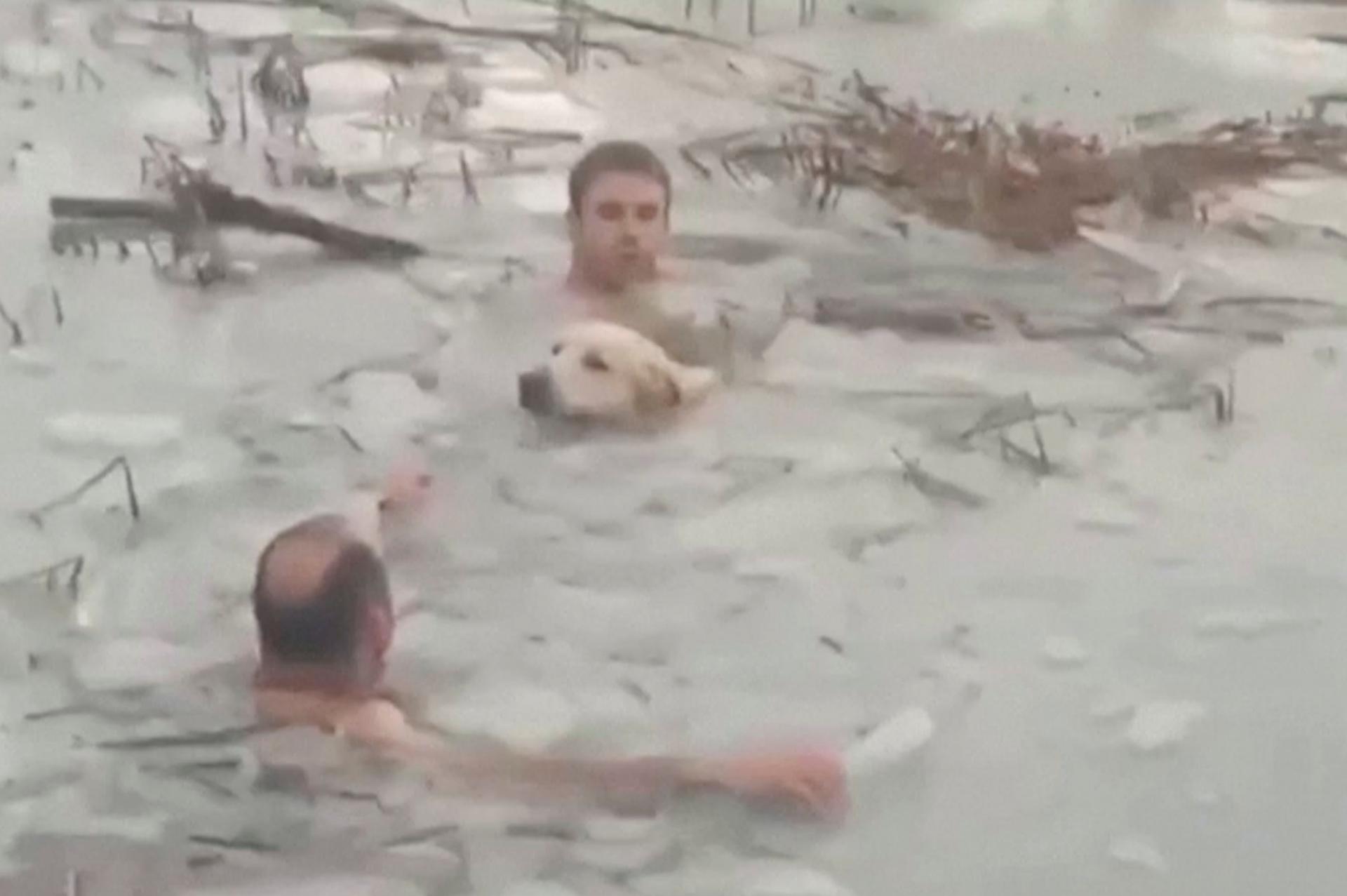 Video footage released by the police showed the officers who stripped to the waist and marched into the icy waters to bring the animal back to safety on the bank. 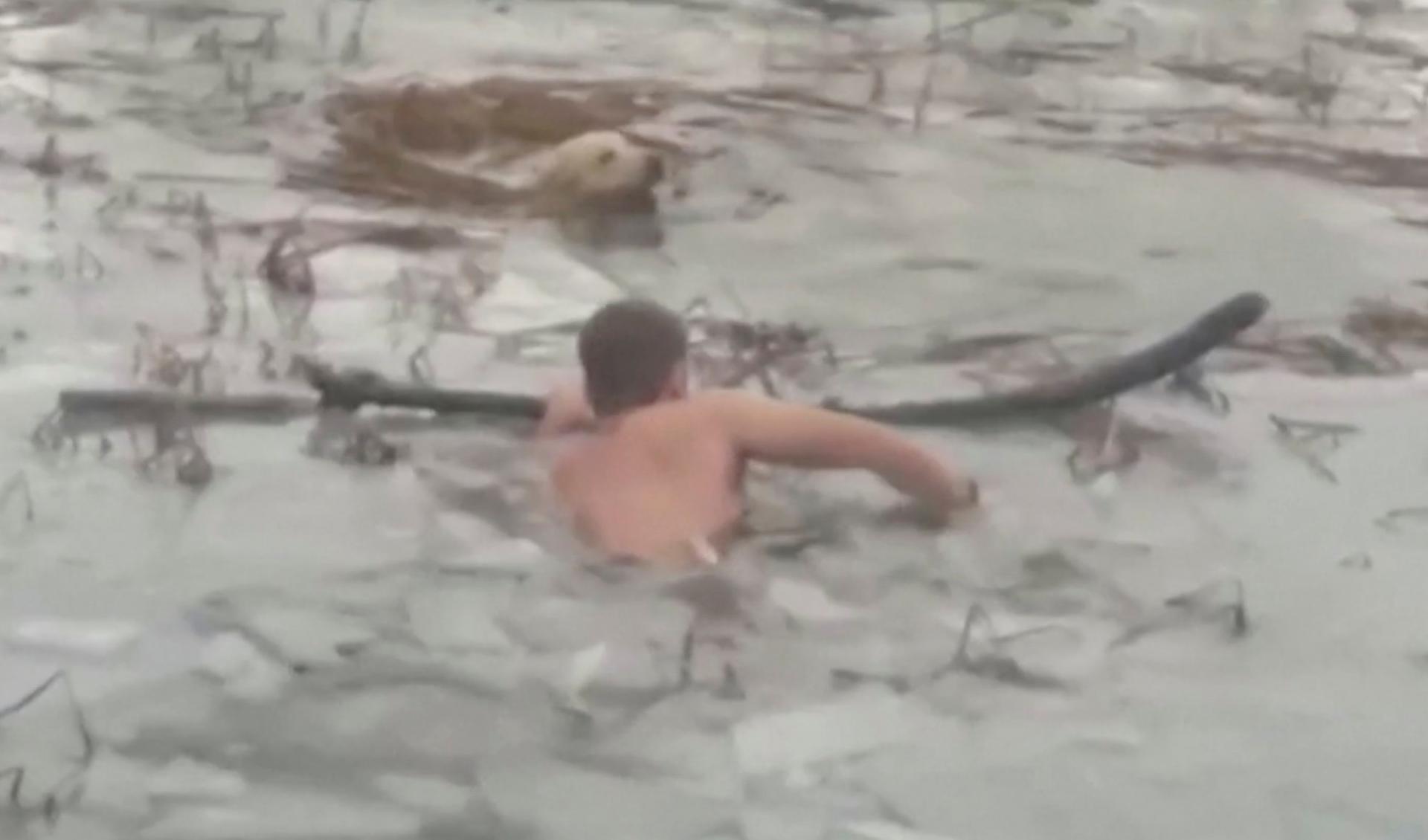 The dog had been stuck in the reservoir in Canfranc, in Aragon, eastern Spain, for hours on Tuesday, police said. 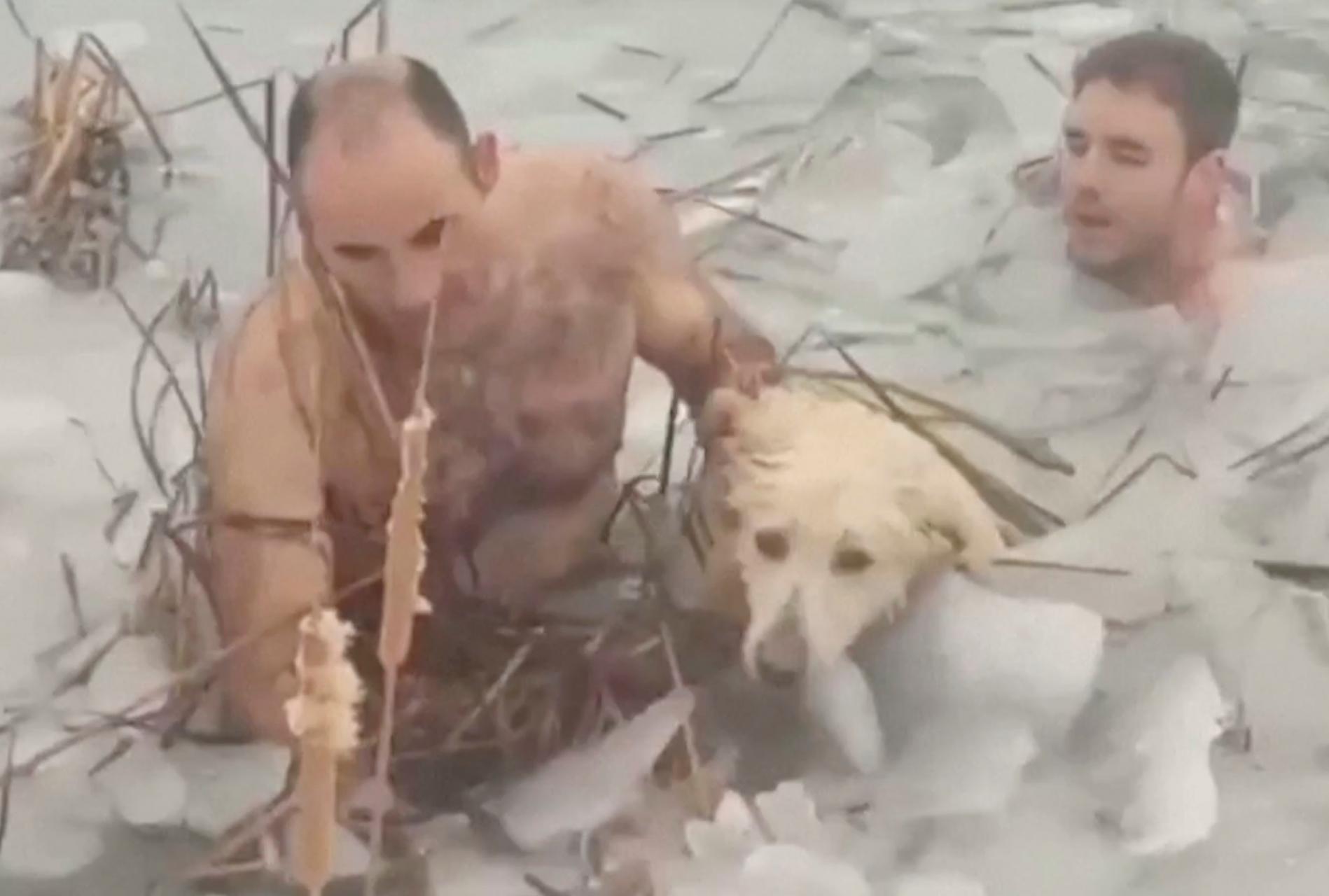 To avoid congestion on the roads, traffic authorities urged people to return early from a five-day break which is due to end on Wednesday.

Fantastic Job , Hats off to everyone involved , nice to see something positive in these times of so much turmoil and Hardship !!