One fatality in fire in Can Pastilla

Emergency services were unable to help the victim of the fire. | Europa Press

A person has been found dead in a shanty attached to an abandoned building in Dentol street, corner with Calamar street in Can Pastilla, after a fire at the property was extinguished.

The emergency services of SAMU 061 have reported that several neighbours raised the alarm. The event occurred around 3:00 am this morning.

Firefighters arrived at the scene of the incident who, after extinguishing the fire, found the lifeless body of a person inside, medical personnel were unable to do anything. 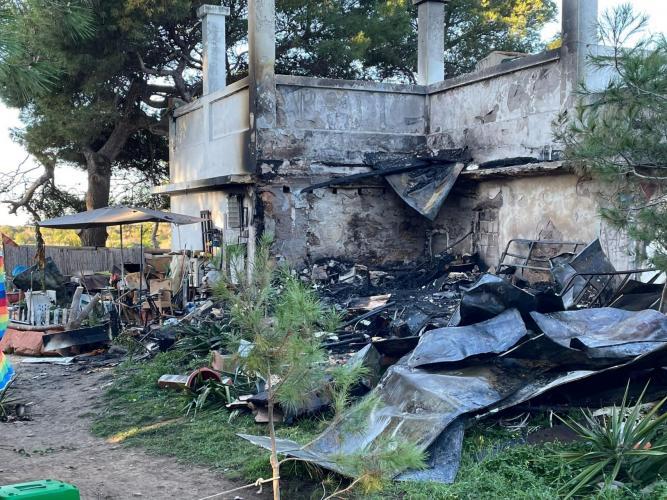 The remains of the burned house in Can Pastilla. Photo: Julio Bastida

The emergency services are investigating the cause of the fire, while trying to clarify the identity of the deceased.