A ghost village that has emerged as drought has nearly emptied a dam on the Spanish-Portuguese border is drawing crowds of tourists with its eerie, grey ruins.

With the reservoir at 15% of its capacity, details of a life frozen in 1992, when the Aceredo village in Spain's northwestern Galicia region was flooded to create the Alto Lindoso reservoir, are being revealed once more.

"It's as if I'm watching a movie. I have a feeling of sadness," said 65-year-old pensioner Maximino Perez Romero, from A Coruna. "My feeling is that this is what will happen over the years due to drought and all that, with climate change." 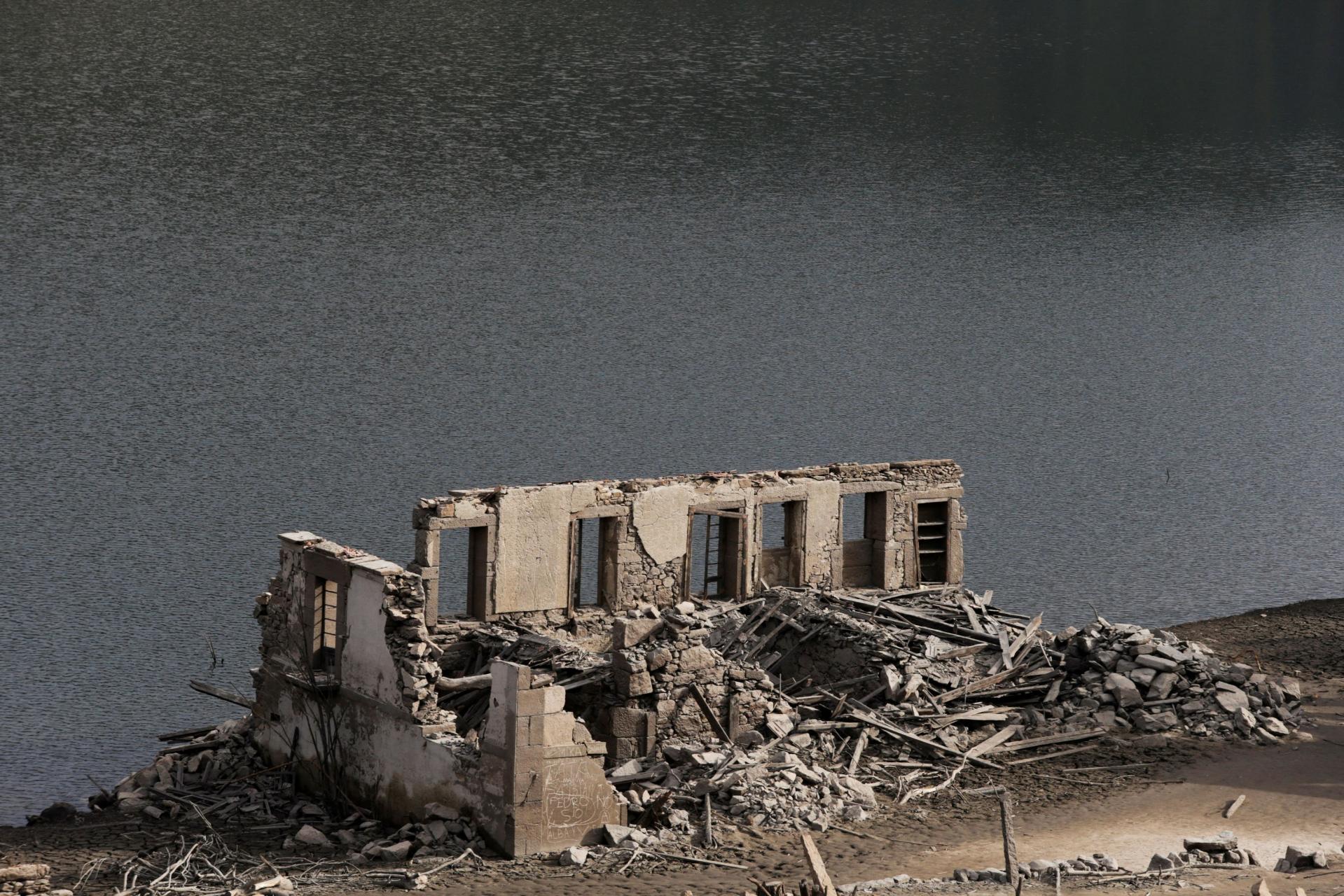 Walking on the muddy ground cracked by the drought in some spots, visitors found partially collapsed roofs, bricks and wooden debris that once made up doors or beams, and even a drinking fountain with water still streaming from a rusty pipe.

Crates with empty beer bottles were stacked by what used to be a cafe, and a semi-destroyed old car was rusting away by a stone wall. Drone footage showed the derelict buildings.

Maria del Carmen Yanez, mayor of the larger Lobios council, of which Aceredo is part, blamed the situation on the lack of rain in recent months, particularly in January, but also on what she said was "quite aggressive exploitation" by Portugal's power utility EDP, which manages the reservoir.

On Feb. 1, Portugal's government ordered six dams, including Alto Lindoso, to nearly halt water use for electricity production and irrigation, due to the worsening drought. 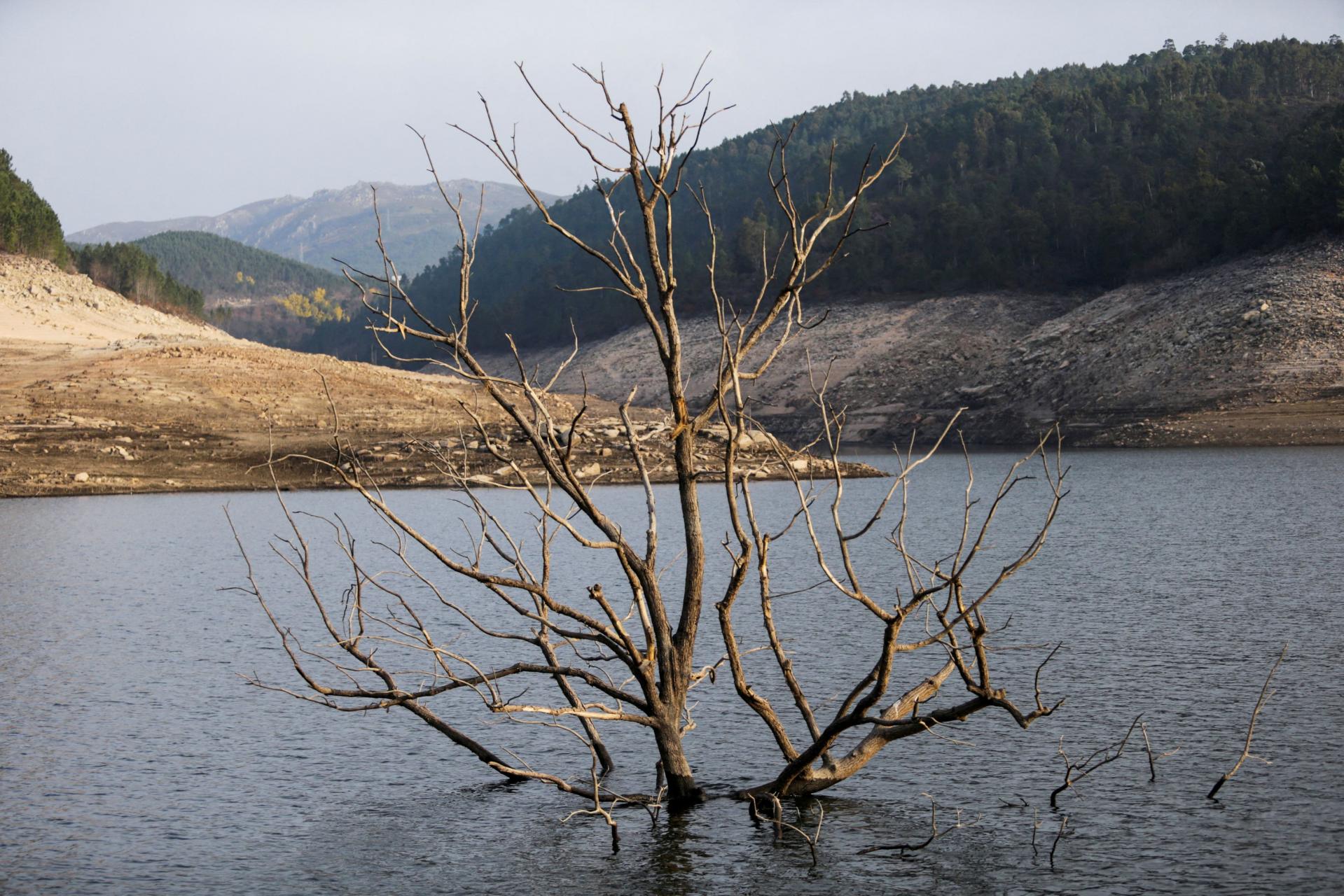 Contacted by Reuters, EDP said the low reservoir levels were due to the drought, but that it was managing water resources "efficiently" and that these were above the minimum requirements, including Alto Lindoso.

Questions over the sustainability of reservoirs are not new. Last year, several Spanish villages complained about how power utilities used them after a rapid draw-down from a lake by Iberdrola in western Spain. The company said it was following the rules.

Environment Ministry data shows Spain's reservoirs are at 44% of their capacity, well below the average of about 61% over the last decade, but still above levels registered in a 2018 drought. A ministry source said drought indicators showed a potential worsening in the coming weeks, but did not yet detect a generalised problem throughout the country.

Jose Alvarez, a former construction worker from Lobios, felt a mix of nostalgia and fatalism at he remembered his working days in Aceredo.

"It's terrible, but it is what it is. That's life. Some die and others live," he said.