I don’t know, a year or so ago I asked why the Costas Authority couldn’t just leave Ses Casetes des Capellans alone. I admit to having an affinity for this place. Not as one of the nouveau beachgoers to have belatedly discovered Capellans and Es Comú beach in Playa de Muro, but because of the publicity I gave to the protest in 2009.

The Costas were threatening to demolish Capellans, every last cottage of it. Level it and restore it to the natural outer limit of the beach side forest part of the wider Albufera that abuts Can Picafort. Get rid of a little community with all its history, the land acquired by Muro town hall in 1929, where the religious once went for summertime reflection and retreat. It is still sometimes referred to in the singular - Sa Caseta des Capellans, Once upon a time there was just the one cottage for the chaplains.

There were, there are 146 properties in all, mainly concessions from the town hall. People don’t generally live there all year. They are for the summer, and no one used to take any notice, other than wonder about this curious settlement by the municipal border with Santa Margalida. Capellans was left alone, until tourism authorities started to publicise the rustic beach (before social media), the Costas began rummaging around in the forest and Airbnb encroached. The town hall was livid on the latter two counts and wasn’t best pleased by the first either; the parking has been an issue for years now.

The wholesale destruction was averted. Capellans was once more left alone. But there was always a sense of phoney silence - the Costas, “we’ll be back”. And so they were.
What’s behind all this? The 1988 Coasts Law, that’s what - legislation enacted for some twenty years before the Costas really started to get their zealous teeth stuck into it. The technicalities I shall not bother you with, save to explain that they have to do with the concept of the public maritime domain and with the defined distance of development from the shoreline. But this is not all, as I shall note.

The Costas were left with their tail between the legs after the 2009 protest. There had also been the unswerving defence of Capellans and support of the concession holders from the town hall and even the silence of environmentalists, who seemed to know when it was wise not to interfere with ordinary folk. But the Costas were to return with their measuring tapes. The public maritime domain was recalculated. The axe was thus being raised over three bars and twenty-two cottages. 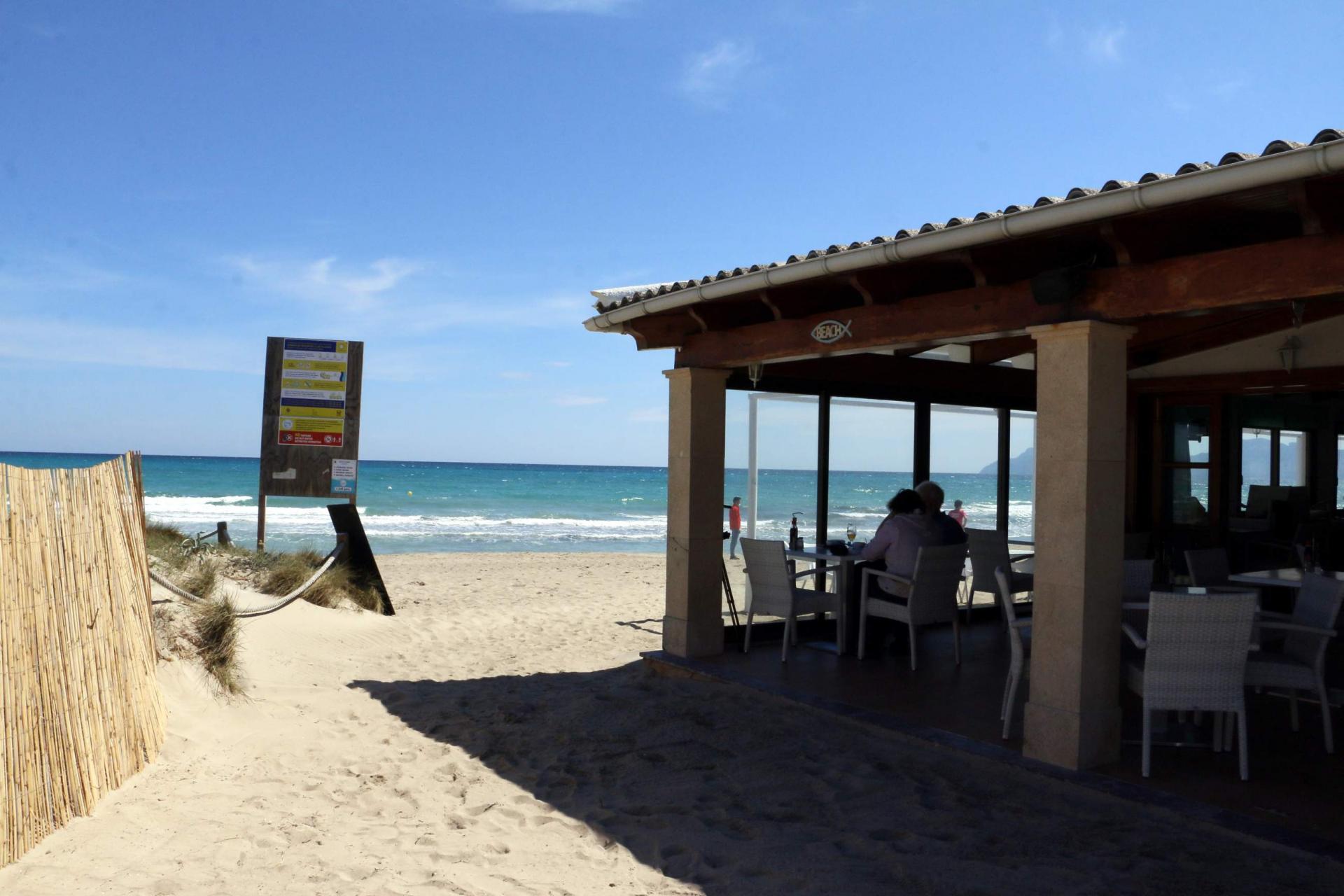 The town hall engaged a law firm, so did the concession holders. In matters of demolition, the Council of Majorca, via its agency for planning discipline, is normally as zealous as the Costas. Yet it was advising the town hall. Institutional barricades as well as those of the ordinary folk were once more being erected in defiance of the Costas. It was argued that the settlement predated the Coasts Law, which it did, and by many decades, and that a 1989 original drawing of the boundary by the Costas Authority had excluded Capellans from the public maritime domain.

All, it would seem, to no avail. The Costas are breaching the barricades and wishing to ultimately dismantle the three bars (the 22 cottages are another matter). Can Gavella, Olimpia Opa & Oma, and Ponderosa - these are the bars, and they have run up against a problem separate to that posed exclusively by public maritime domain. They are too close together. Regulations of 2013 apparently demand a distance of 200 metres between beach bars.

As things stand, the bars will not be able to open this summer. That’s because the Costas won’t renew the concessions for the terraces. Some sixty jobs are threatened. The bar proprietors can’t understand the decision not to renew. Carlos Ramis of Ponderosa says that his bar has been there for sixty years “without a problem”. It was only last year that the business about not being 200 metres apart was brought up. The concessions had in fact been renewed in 2020, as they had been in 2012 and 2016.

Jaume Perelló of Can Gavella explains that there are 25 tables on the terrace. He can only fit six tables inside. If it were just the six, there would be no way he could justify having twenty permanent staff. A decision on hiring will, at the latest, have to be made before the first of May.

The whole affair has been bumped up the political food chain to the national ministry for ecological transition. It will have the last word. The secretary of state for the environment, Hugo Morán, has been due to visit and sit down with the town hall and try and reach a solution. The visit has been postponed until May 11.

Meanwhile, opposition to the Costas decision is broadening. A Change.org petition has been started, and people who have been going to the bars for years have been having their say. Gabi Melis believes that closing the bars would be unnecessary and that it’s not as if they harm the beach. In fact, they help to maintain the beach, while it isn’t the case that the bars are preventing people from using the beach. Victor Sala can understand the issue about the bars and their location. But they are not new. Or anything like new. However, length of time doesn’t seem to matter.