Alcudia, one of Spain's "prettiest villages", full of rubbish

Rubbish near the Magic Roundabout on Thursday morning. | Andrew Ede

Since midnight on Sunday, rubbish collection workers in Alcudia and Sa Pobla have been on strike. The mountains of uncollected rubbish are now such that the police are, at certain points, having to direct traffic; the waste is creating obstacles. To the sheer unsightliness have to be added the health risk and the smell of decaying rubbish left in temperatures up to the mid-thirties.

In Alcudia, the impact of the strike is greater than in Sa Pobla because of the number of holidaymakers. Some hotels have taken to hiring trucks to remove waste, a development that is just adding to the grievances of the workers' committee.

Miguel Ángel Pardo of the CCOO union, a veteran of many a dispute, says: "Our right to strike has been violated because there are hotels that have hired trucks to take away the garbage. We will denounce this to the labour inspectorate, and the minimum services are abusive." 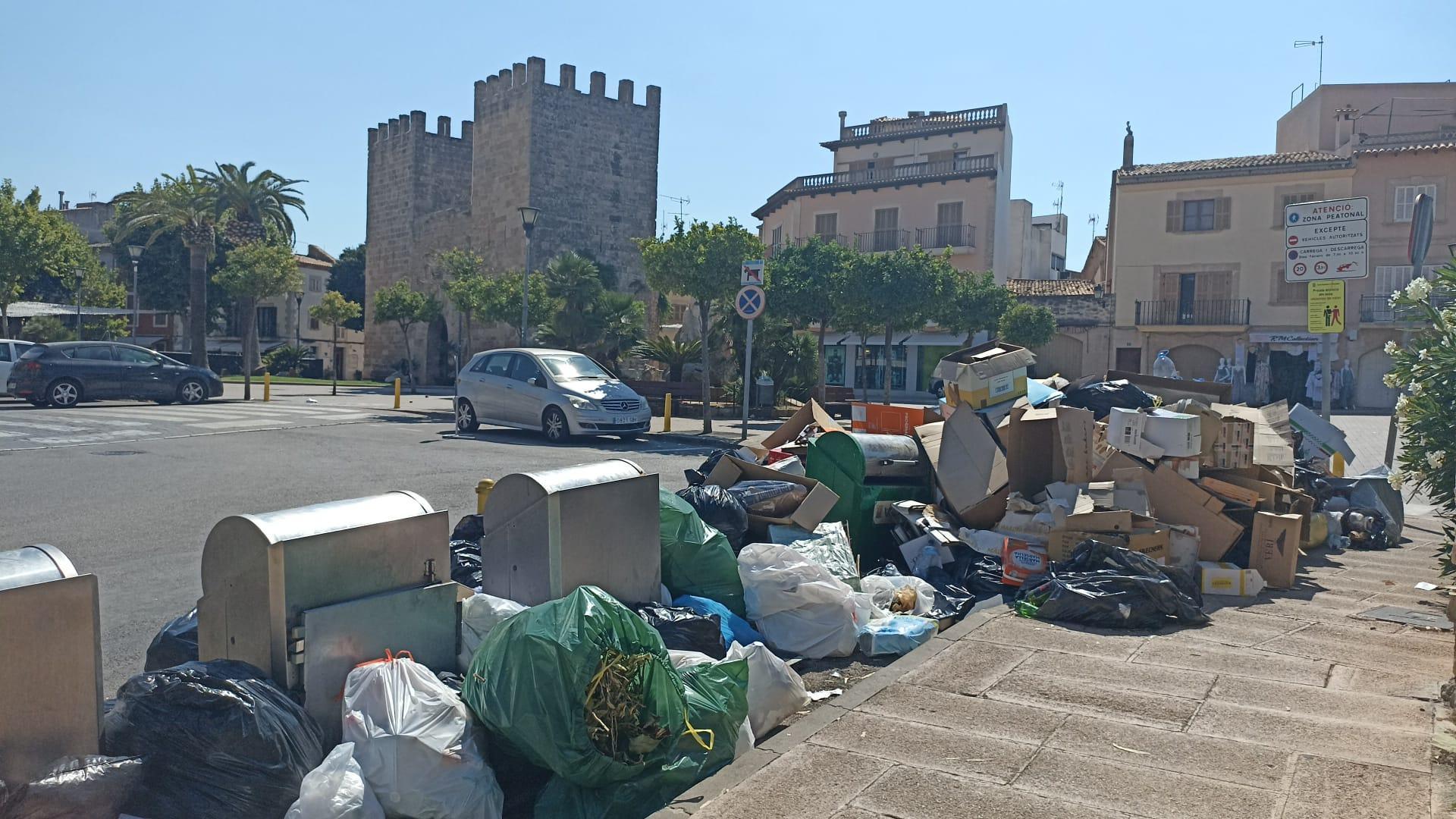 To most citizens, there is little evidence of there being any minimum services in a dispute that spans the neighbouring municipalities because the contractor - Lumsa FCC - is the same. The two town halls have been saying that they do not have direct involvement in the dispute - they are not the employers - but the mayors (Domingo Bonnín, Alcudia and Llorenç Gelabert, Sa Pobla) along with other councillors have been holding discussions with the workers' committee and the contractor in an attempt to end the strike.

After another failed attempt on Thursday, the mayors called for the intervention of Iago Negueruela, the Balearic minister for employment (and tourism), as "we have already done everything that was in our hands".

The dispute is essentially over the condition of trucks - their lack of maintenance and their risks in terms of occupational safety. The trucks are due to be renewed. But for now, Pardo insists that "they do not comply with occupational risk prevention law". "There are drivers who are risking their lives due to the poor condition of the trucks."

Bonnín explained on Thursday that "we have requested an engineer chosen by the Official College of Engineers to review the machinery and make a report". "We promise to make the company repair the deficiencies, if there are any, but the unionists do not want to call off the strike while the engineer reports on this." Pardo says that the workers "do not trust the promises being made, they want firm commitments and they do not want to stop the strike".

Both mayors have expressed their disappointment at the fact that the strikers "have not put a feasible proposal on the table". The renewal of the trucks is part of a new contractual agreement that also covers pay. However, although the terms of the agreement were approved at the end of April, Pardo fears that the pay increase will not take effect until February or March next year. The union is therefore demanding financial compensation, something that Bonnín and Gelabert argue would be "illegal". "The terms of the agreement state that we have nine months to implement the specifications of the new contracts; we are on schedule."

Meanwhile, the rubbish continues to mount up in a place - Alcudia - which is part of the network of Los Pueblos Más Bonitos de España. And there are fiestas in both Alcudia and Sa Pobla as well - this weekend's events including the Roman Festival in Alcudia's market area on Saturday night.

Andrew's article is spot on. This is incredibly damaging for the reputation of Alcudia and Mallorca. The images are hideous and tourists won't be coming back next year. But worse still, this is becoming a serious health hazard. For some inexplicable reason (the council have millions of euros in the bank) they have not treated for cockroaches or rats this year. They usually treat the drains and in the past have been deligent at making sure that this vital job is done. But not this year. No vermin treatment. Rubbish strike. Not a heathy combination. Ironically the council are still spending money putting up the white ribbons on the streets. Perhaps they should invest in the basic, vital services first? The trucks and the actual bins themselves are broken, out-dated and in desperate need of replacement. This should be the priority. Prettiest village in Spain? World heritage site? It's an embarrassment to Mallorca.