A new storm is hitting Mallorca today and it has already left rainfall and even hail in Sóller. A cold front has moved in leaving rain, showers and thunderstorms. The wind will blow strongly from the north and temperatures will drop. Although the initial forecast indicated that it could snow in the mountains, the deputy spokesman for the State Meteorological Agency (Aemet) in the Islands, Miquel Gili, has specified that in the end it will not do so because there is a lot of wind.

The Palma Met Office activated a yellow alert for rain (up to 20 litres of water per square metre may fall in just one hour), storms and strong gusts of wind in the Serra de Tramuntana, the north and northeast from 10:00 am until 8:00 pm. 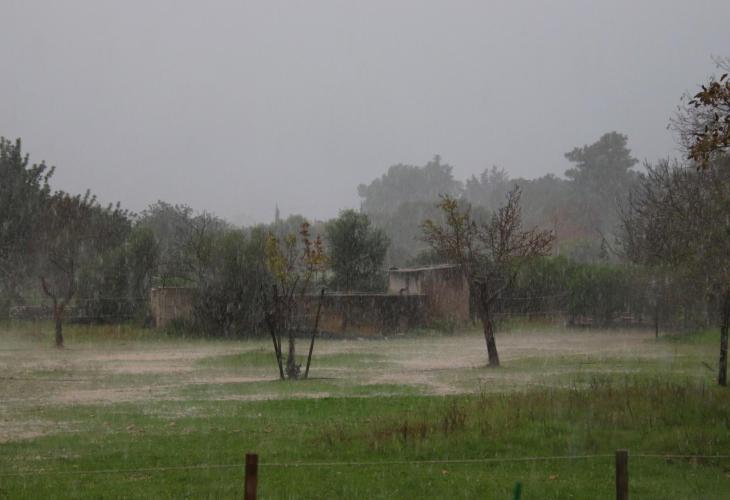 A yellow warning will also be in force for rough seas in Mallorca, as four-metre waves are forecast, which in some cases may reach six metres in height. It should be noted that in the area of the Serra, north and northeast, the alert is orange because the waves could be up to eight metres high. Daytime temperatures will drop and will not exceed 14º-16º. These values are lower than usual for this time of year, which is 17º.