Europe experienced its second-warmest year on record in 2022

Britain experienced its hottest year on record in 2022,

The last eight years were the world's eight hottest on record, C3S said.
The planet is now 1.2C warmer than in pre-industrial times, as a result of human-caused climate change, C3S said. Copernicus said temperatures in Europe have increased by more than twice the global average over the last three decades.

"We are already experiencing the devastating consequences of our warming world," said C3S deputy director Samantha Burgess, who called for urgent action to cut CO2 emissions and adapt to the changing climate.

Combined with a dearth of rain, the heat triggered a widespread drought that initial analysis ranked as Europe's worst in 500 years. Low water levels delayed shipping along Germany's Rhine, while the lack of rain hit hydropower generation and slashed maize and soybean crop yields. The hot, dry spell fuelled intense wildfires in countries from Spain to Slovenia, unleashing more emissions across the EU and Britain than in any summer of the last 15 years.

Britain experienced its hottest year on record in 2022, its national weather service said on Wednesday.
Global temperatures will only stop rising if countries reduce their emissions to "net zero" - meaning they release no more greenhouse gases into the atmosphere than they remove.
The 27-country EU, Britain, Canada, Japan and others have pledged to reach that goal by 2050, with China and India aiming to achieve it later. 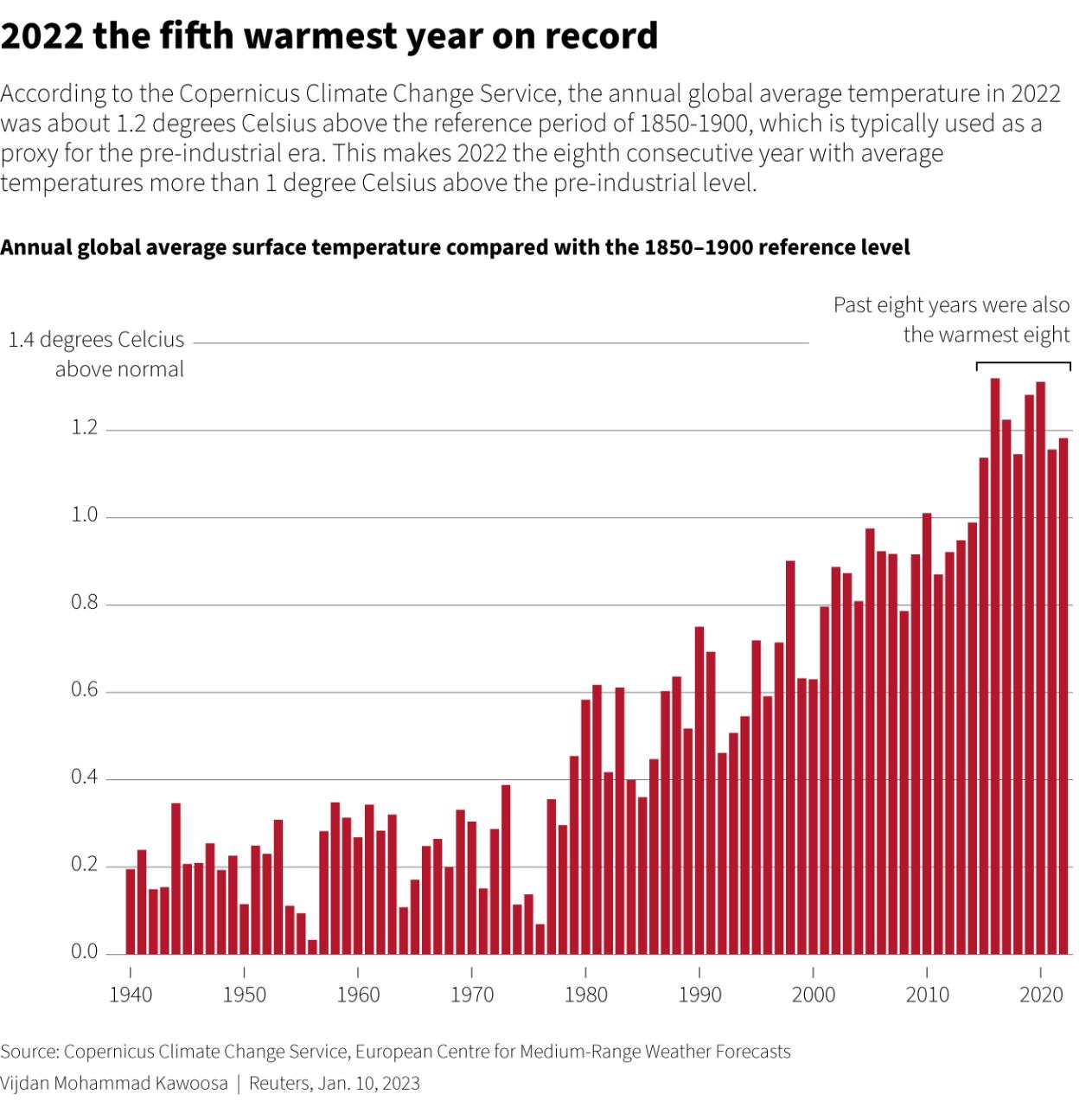 Despite those long-term pledges, global emissions continue to rise. Carbon dioxide concentrations in the atmosphere averaged around 417 ppm in 2022 - the highest level for over 2 million years, C3S said.

Other parts of the world faced a year of climate devastation, as global warming continued to hit the world's poor and vulnerable populations hardest. Flooding in Pakistan killed at least 1,700 people, while drought decimated livestock populations in Somalia.