We were destroyed in the space of four minutes

Real Mallorca had no answer to the speed of Rayo Vallecano on Monday night as the home side continued their remarkable La Liga form, picking up their sixth home win from a possible seven this season, cruising to a 3-1 victory over a poor Real Mallorca side who didn’t get going until the end of added-on time. A battle of two newly-promoted sides would normally be a relegation six-pointer but for the Madrid side this couldn’t have been further from the truth.

The gulf in class between Rayo and Mallorca was there for all to see – we were never even in with a sniff. Without the absent Kubo, Raillo, Baba and Salva Sevilla (the backbone of our team), we were taken apart.

Rayo wasted no time in taking the lead and their opener was scored by Sergio Guardiola, born and bred in Manacor and who nearly became our player during the Summer when Valladolid let him go. He tormented our troubled defence all night and he was on hand to provide the finishing touch to a slick Rayo counterattack, 1-0.

Four minutes later Mallorca went further behind with another defensive howler. We were caught cold as another counterattack inspired by ex Mallorca player and Rayo captain Oscar Trejo (who was man of the match) saw Rivera make it 2-0. The game was almost over long before half time.

There was no question the absence of Iddrisu Baba in midfield due to suspension was our undoing. He is such an essential player for the Mallorca cause as he brings balance to the team and the yawning gap left by him was key to this game. More bad news is Baba will be playing for Ghana in the African Cup of Nations and will be absent for over a month in January.

We were destroyed in the space of four minutes. Both opening goals came from two vertical passes in midfield which were intercepted by the lightning quick home midfield. The third goal saw Valjent take a chunk of the omnipresent Guardiola’s shirt inside the penalty area and Trejo scored with a cheeky Panenka just to rub salt into our already gaping wounds.

There was some consolation for Mallorca when Abdon scored in the 90th minute. This was the Arta-born wrecking ball’s first La Liga goal, and he must be given the heads up for our important game on Saturday against Getafe. He is the only striker we have who causes danger when he’s in the opposition penalty area – he gets stuck in !

SUMMING UP : Phew ! Where to start ? If last week’s 2-2 draw at home to Elche was a bad result, then Monday night’s performance was ten times worse.

Kang In Lee deserves most of the credit from this debacle, he was a beacon of loneliness in an attack that barely existed. Mallorca persisted in trying to play a close passing game and we are simply not good enough to carry out this system. We spent long periods practising our backward passing techniques and even when we were three goals down kept giving the ball back to Reina in goal.

Kang In Lee was taken off in the 54th minute because he had a yellow card and it was too big a gamble with the Getafe game in mind to risk him being sent off. He does have a bit of a temper, so his substitution was the correct thing to do. 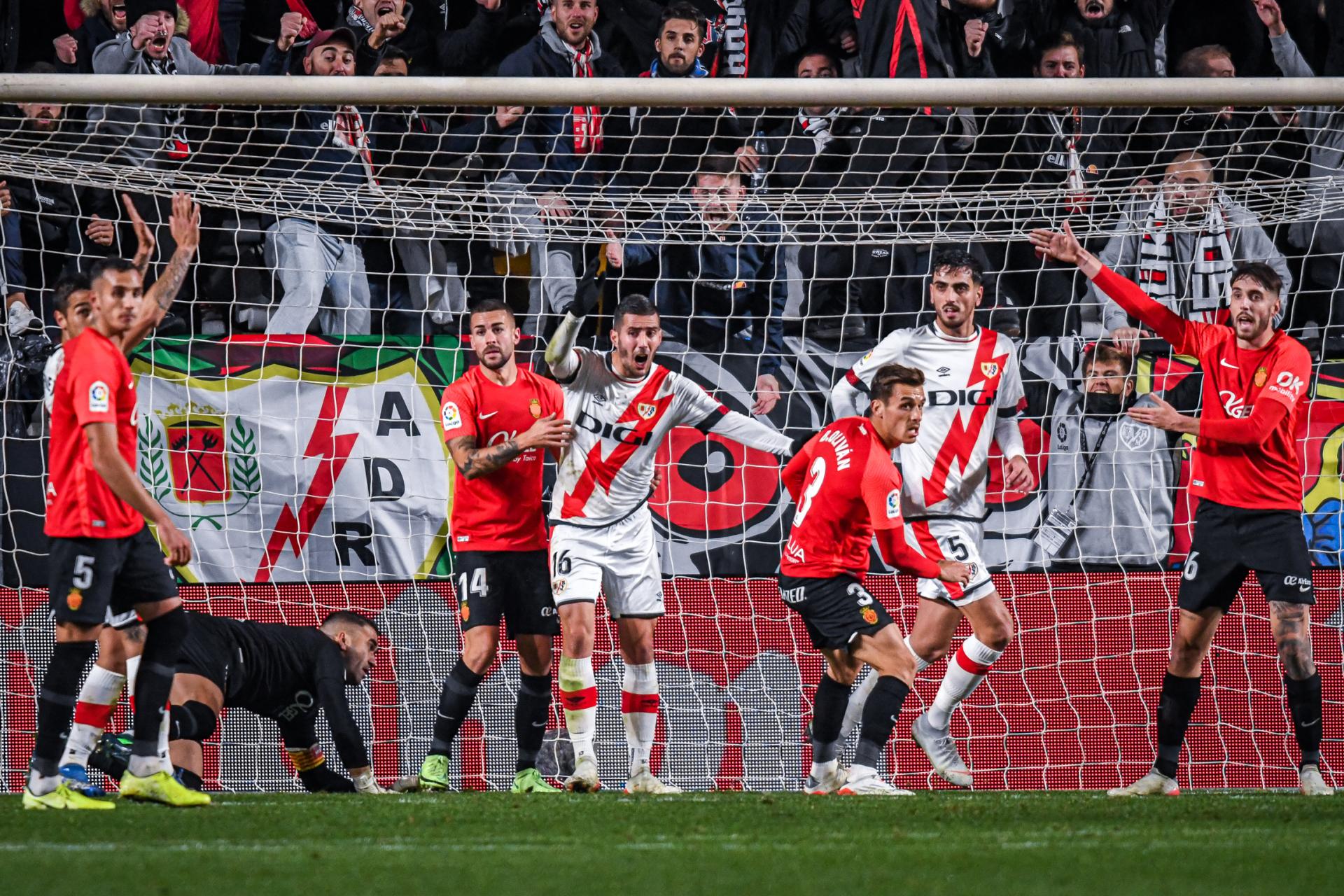 The result and the effort put in were disappointing and Martin Valjent had probably his worst game in a Mallorca shirt. RCD Mallorca at the moment are missing a centre back, a centre forward and a goalkeeper. Director of football Pablo Ortells is going to have a busy January.

The second half wasn’t much better than the first, with Rayo looking comfortable. For long periods several Mallorca players were chasing shadows and it looked like men against boys.

In the 75th minute cameras showed our coach Luis Garcia Plaza sitting slumped in his seat alone in a VIP box and on his phone. I can only think he was ordering a pizza because he had precious little options when it came to ringing the changes.

We were overwhelmed by an opponent who finished sixth in La Segunda last season and were several gears faster than us. It’s true Rayo are the best home team in La Liga and are the revelation side in the top division but we did make it SO EASY for them. Our form has dipped dramatically recently and we’ve only added one win in 11 games, loitering perilously close to being pulled into the relegation picture.

A visibly annoyed LGP said at the post-match press briefing “It was a night when everything went wrong and it was our worst game for a year and a half. It’s time to put the performance behind us and work together for the Getafe (who scored four goals at the weekend) game on Saturday. We’ll have Baba back then and possibly Salva Sevilla and Kubo.”

LGP has just 72 hours to get Mallorca out of the doldrums for the next match against relegation-threatened Getafe in the Son Moix on Saturday at 18:30. A vast improvement is anticipated !