Mallorca have made life difficult for themselves lately

After a week when I read this plea from a stressed UK shop worker: “At a certain point in your life after listening to the same Christmas songs being endlessly repeated ad nauseam, hour after hour, you begin to realise that although the kids in Africa may well still be starving, they at least haven’t heard Band Aid’s Do they know it’s Christmas for the hundredth time every day!” – Real Mallorca face the daunting task of playing La Liga champions Atletico Madrid in their intimidating Wanda Metropolitano stadium at 18:30 this evening.

Mallorca have made life difficult for themselves lately despite lying in 14th place, four above the relegation zone.

The Palma side have hit turbulence in their quest to stay in La Liga and are totally lacking in confidence, winning only nine points from 36 available.

Us fans have been hugely disappointed with our inability to beat two sides, Elche and Getafe, both in the Son Moix, and both likely to be fellow relegation candidates come May.
These two drawn games were missed opportunities to climb up the table and a disastrous away match at Rayo Vallecano was a game where we showed just how far our form has dipped in the past couple of months.

Last weekend’s Getafe game was summed up by one of the sailors off the visiting British aircraft carrier HMS Queen Elizabeth, who was at the Son Moix with other crew members.

Asked in the bar after the game by Tommy Thistle (for the Tournarem RCD Mallorca podcast in English) what he thought of what he’d just witnessed, he replied “I’m a Pompey (Portsmouth) fan so I’m used to watching crap games and that was rubbish – I ain’t gonna lie, it was rubbish. I stood there in the rain and the cold – nothing happened – no-one turned up, no-one went for it, 0-0 rubbish – I want my money back!!”

For today’s game I just hope we don’t get “gubbed” and can give a good account of ourselves.

Two goals from 34-year-old Angel Rodriguez in extra time on Wednesday avoided a problem for Mallorca against a Gimnastica Segoviana team, three divisions below them, who missed a penalty in the first half and hit the bar in the second.

Many of the substitutes who played for us didn’t look interested and it will be difficult for any of them to continue at Real Mallorca after the Winter transfer market.

The first half was a horror show played on a bumpy pitch in freezing temperatures and the players coach Luis Garcia Plaza brought in, did not take advantage of the chance to impress and the home side, based on courage and enthusiasm, showed they were up for a fight.

Slovakian ’keeper Dominic Greif, making only his second start, looked really nervous and he committed a kamikaze foul on an attacker in the 18 yard box which resulted in a missed “panenka” penalty.

We managed to make it to extra time where our superior fitness levels got us through.
The bottom line in what was another poor show from RCD Mallorca was that there are several players who are far from the level expected to play in top flight Spanish football.
Aleix Febas is a player who may move on in January.

He arrived here two years ago after a season at Albacete. He came as a young player full of promise and hungry to succeed.

He began as an automatic starter but little by little has lost form, and needs to go out on loan and resurrect his faltering career.

Mboula is another disappointment. In his youth big things were promised, starting at La Masia with Barcelona before moving on to Monaco.

He began our pre-season on fire but his career has taken a downward spiral, even having a rant against our fans who were giving him a hard time last Saturday – another one who could benefit from a loan move.

The club spent 10 million euros, most of that money coming from the sale of Budimir to Osasuna. After 15 games all three haven’t exactly pulled up any trees.

Not a single goal from either Amath or Hoppe (both at present injured) and Greif has been unable to take over the No. 1 goalkeeping spot from Manolo Reina.

Our technical director has done a brilliant job bringing in Maffeo and Kang In Lee plus getting Kubo back for a second loan spell but with the 10 million euros available, Ortell has failed to bring in a striker who’ll score at least 10 goals a season.

The lack of punch up front against Getafe was very worrying and we need more fire power of mass destruction!!

PS CE Andratx (Los Gallos) caused a huge historical upset beating La Segunda’s Oviedo 2-1 at Sa Plana on Wednesday night in the cup. The draw was made yesterday, and not knowing the outcome at the time of writing, I wonder if any of the local teams who got through were drawn against each other. 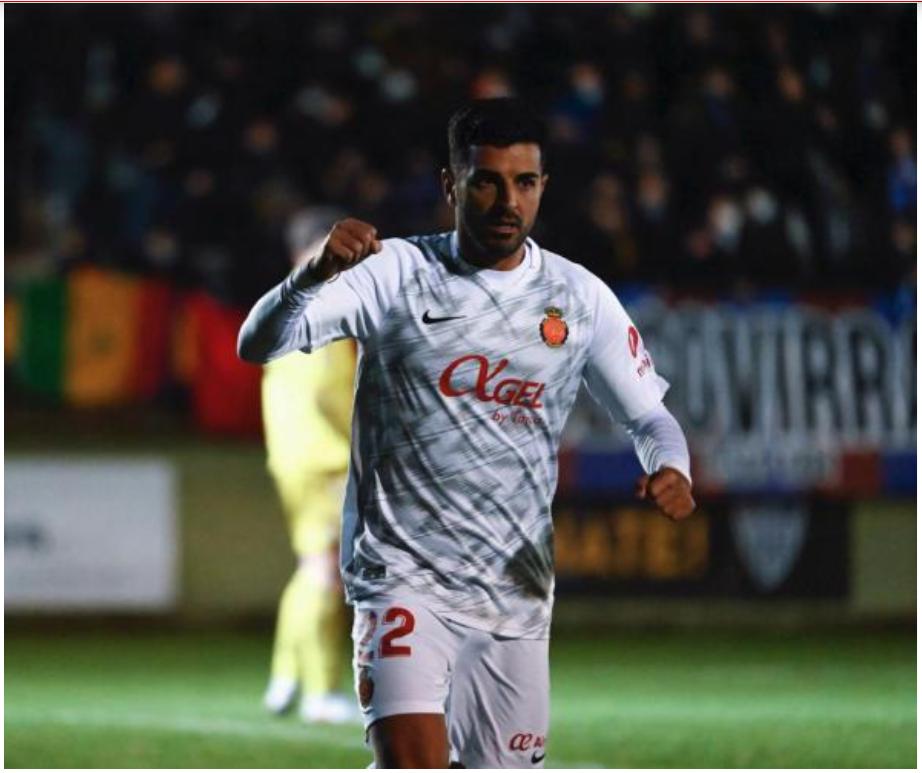 In 1997/8 we played Soller in the Copa del Rey before getting to the final in Valencia.
Whoever they get in the next round won’t relish a trip to south-west Mallorca. Enhorabuena!

And finally, a married man was visiting his mistress. She said to him “Jim, I like your beard but I would really like to see your handsome face.”

He replied “My wife loves this beard, I couldn’t possibly shave it off, she’d kill me.”
“Oh please,” his mistress continued in a sexy voice.

Again he refused saying “My wife loves this beard.” The mistress asked one more time – he sighed and finally gave in. That night Jim crawled into bed next to his sleeping wife. She awoke, turned towards him, felt his face and said “Oh Michael, you naughty boy, you shouldn’t be here. Make it quick, my old man will be home soon!”