Barcelona's crushing 4-1 home defeat by Paris St Germain in their Champions League last-16 first leg at Camp Nou on Tuesday underlined the scale of the rebuild the club needs to get back to their former glory days, coach Ronald Koeman said.

Barca were back in the knockout stage of Europe's elite club competition for the first time since an 8-2 hammering at the hands of Bayern Munich in last season's quarter-finals and started well with Lionel Messi's opener from the penalty spot. 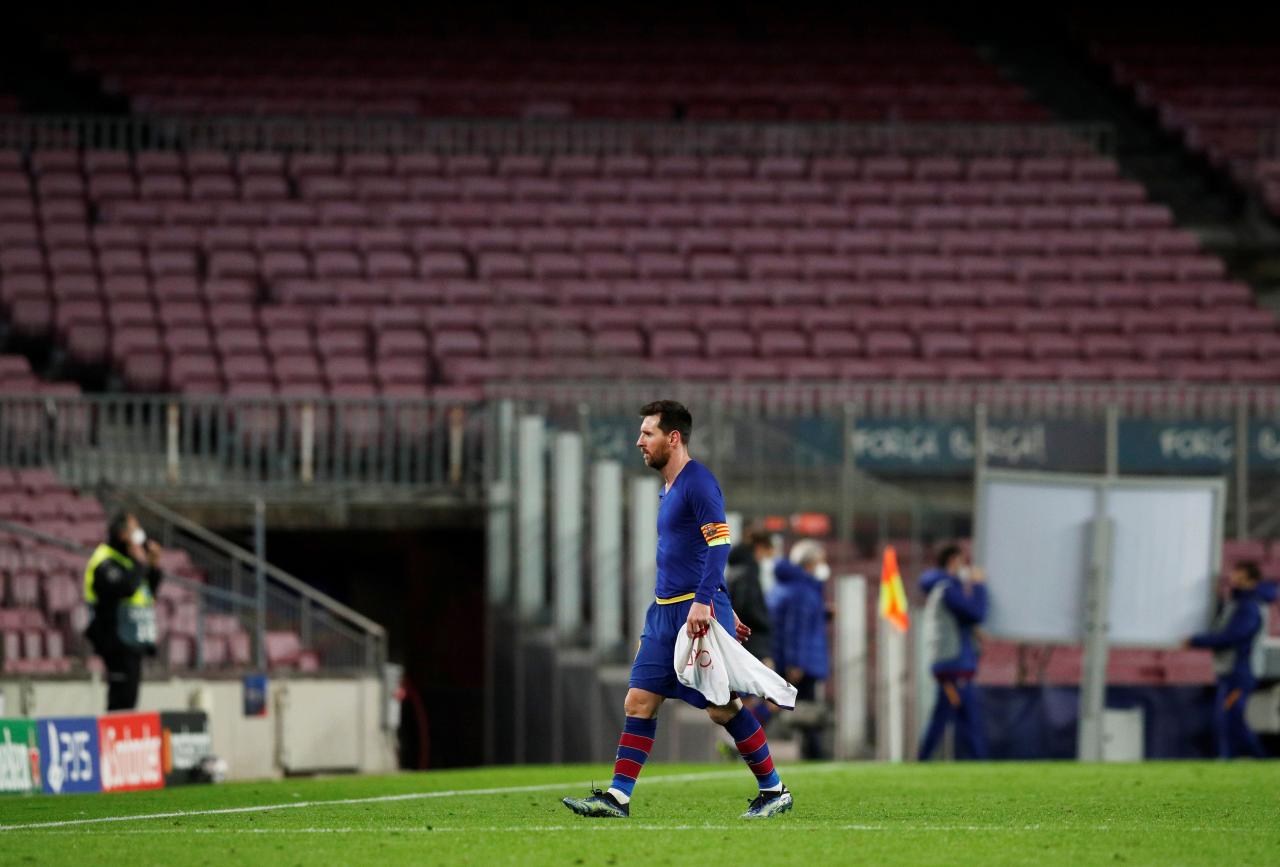 But PSG, who were missing the injured Neymar and Angel di Maria, soon found their groove and blitzed the Catalans thanks to a Kylian Mbappe hat-trick and a header from Moise Kean.

"That was a cold bath of reality," said Koeman.

"The game showed us we're lacking a lot of things to be a top level team especially of the level you need in the Champions League," he told reporters. "The scoreline reflects how superior they were. They were far more effective than us.

"The first half was more even and when we were 1-0 up we had the chance for Ousmane (Dembele) but in the second half we had a lot of problems in defence and they proved they were much stronger than us physically," added the Dutchman.

Koeman inherited an ageing and disjointed Barcelona side when he succeeded Quique Setien in August and although his first season has had its share of ups and downs, the Catalans had appeared to be on the right track since the start of 2021.

Barca won their previous seven La Liga games and thrashed Alaves 5-1 on Saturday, but PSG showed how far they have to go.

"They showed they are a much more complete side than us and we have to accept it and try to improve. We knew something like this could happen against a great team, a physical side with experience. They are ahead of us in many ways."

After giving a bleak assessment of his team, the Dutchman also expressed doubt they would be able to pull off a miraculous turnaround in the second leg in Paris on March 10, as Luis Enrique's Barca did by beating PSG 6-1 in a second leg in 2017.

"I could lie, but when you lose 4-1 at home you have very few chances," he added.