Two years after winning his first tour-level match in Rio de Janeiro, 18-year-old Carlos Alcaraz of Spain became the youngest to clinch an ATP 500 title at the same event on Sunday when he defeated Diego Schwartzman in the final of the Rio Open.

It was a second tour-level title for Alcaraz after his victory in Umag last year and his 6-4 6-2 victory against 13th-ranked Argentine Schwartzman made him the youngest ATP 500 champion since the category was created in 2009. 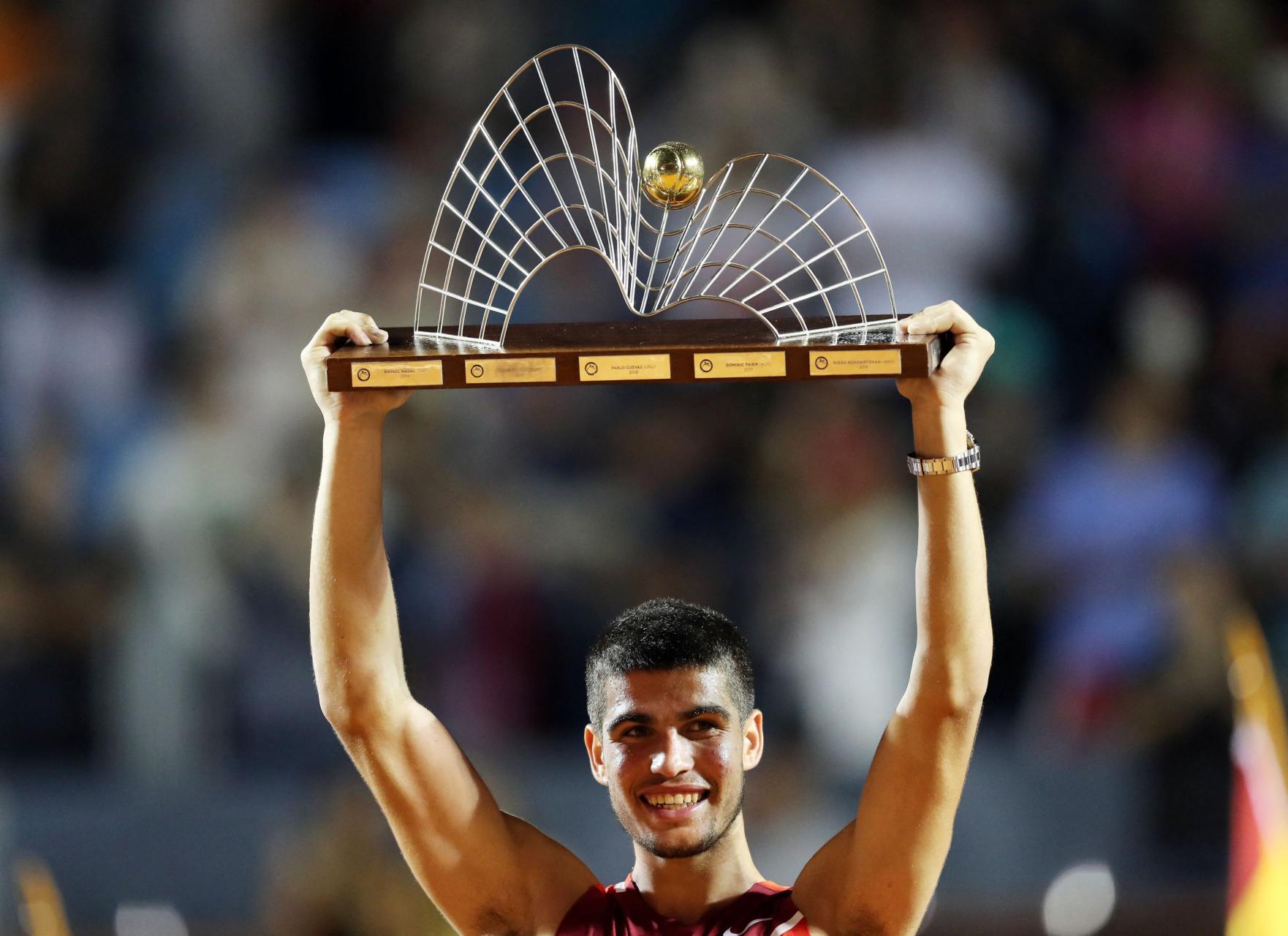 "I can't believe it, honestly. It has been a great week for me playing a great level," Alcaraz said on court after his win.

"First tournament on clay since a long time, so I'm really happy with the performance during the whole week. It's an amazing feeling right now."

Alcaraz, who won the NextGen ATP Finals in 2021, came into Sunday's final after having to play both his quarter-final and last four matches on Saturday because of a scheduling logjam due to rain earlier in the week.

He defeated top seed and world number six Matteo Berrettini and another Italian Fabio Fognini, a former top 10 player, and climbed to a career-best 20th when the ATP rankings were updated on Monday.

"It has been a tough week," said Alcaraz, who withdrew from this week's ATP 500 tournament on the hardcourts in Acapulco, Mexico, due to a slight niggle.