Real Mallorca fans will remember former Italian soccer star Gianluca Vialli, who has died from cancer at the age of 58, well, although his and his teammates’ memories of their clash with Real Mallorca will not have been as happy.

On 22 April, 1999, Real Mallorca knocked Chelsea out of the semi-finals of the last European Cup Winners’ Cup with a historic 1-0 victory in the now long abandoned Luis Sitjar stadium in the second leg of the tie, after having drawn a week earlier at Stanford Bridge. 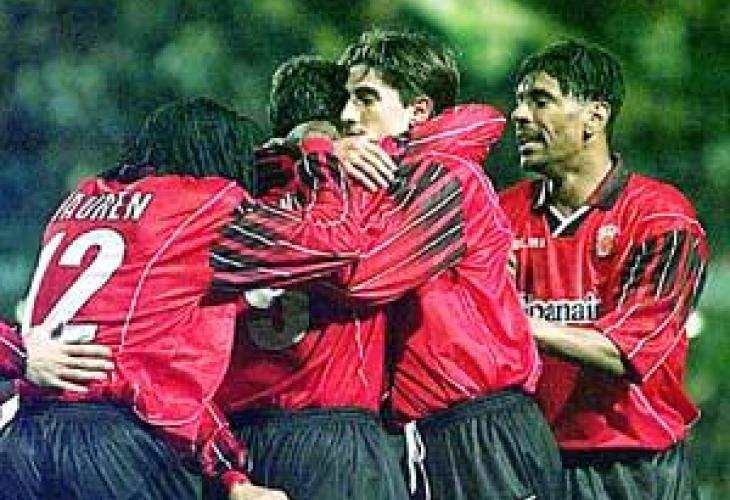 It was the first continental appearance for a modest club like RCD Mallorca, which had been promoted to the Primera Division a season earlier after five years in the Second Division.

After the draw in London, Mallorca experienced an amazing night on 22 April 1999 with the second leg.

After 14 minutes, Stankovic’s cross from the left flank was headed in at the near post by Biagini to make it 1-0 and put the Mallorcan side into their first, and in the end, only European final in their history, the last edition of the Cup Winners’ Cup played at Villa Park.

The team that Héctor Cúper fielded that night was made up of Roa; Olaizola, Siviero, Marcelino, Miquel Soler; Engonga, Lauren, Stankovic, Paunovic; Dani and Biagini. Carreras, Arpón and Chichi Soler came on in the second half.

Ironically, in the Chelsea ranks the left-back was England’s Graeme Le Saux, who is now a key advisor to the Mallorcan ownership led by American Robert Sarver and chaired by Andy Kohlberg.
Mallorca sadly lost the final 2-1 to Lazio in Birmingham.

Vialli, who enjoyed a stellar career with Sampdoria, Juventus and Chelsea and earned 59 caps for Italy, was diagnosed with pancreatic cancer in 2017.

He was given the all-clear a year later only for the illness to return. "I know that I probably will not die of old age, I hope to live as long as possible, but I feel much more fragile than before," Vialli said in a Netflix documentary aired in March 2022.

He described cancer as "a travel companion" that he hoped would eventually leave him in peace, after testing his mettle. "Illness can teach a lot about who you are, and can push you to go beyond the superficial way in which we live," he said.

Vialli was however forced to step aside from his role as head of a delegation with the Italian national team last month, saying he needed to focus on overcoming a new phase of his disease.

Working with the Italy squad, Vialli had been reunited with national coach Roberto Mancini, a lifelong friend and strike partner when they both played for Sampdoria, where they were known as "the goal twins."

Vialli and Mancini led the Italians to the Euro 2020 tournament in 2021, lifting the trophy in Wembley Stadium where, 29 years earlier, their Sampdoria team had lost the European Cup final to Barcelona.

They celebrated last year with a tearful embrace that "was more beautiful than the hugs we used to give each other when I passed him the ball and he scored goals," Vialli said in a TV interview with Italy's RAI in November.