Not all that long ago, Majorcans (and Spaniards in general) never drank tea. It was an infusion people took when they weren’t feeling well. For breakfast and for breaks throughout the day, Spaniards were coffee drinkers. That is no longer the case, at least in Palma.

There are at least two shops in the centre of town that sell nothing but tea and accessories such as pots, cups, mugs and little brewing aids. Even in England, specialist shops with teas from all over the world also have to sell coffee and coffeemakers in order to balance the books at the end of the month.

I loved the taste of fruity teas after dinners with members of our wine tasting group — and so did they. A tea tasting of apricots, blueberries or peaches was a lovely way of cleansing the palate after a considerable amount of food and wine.

But there came a time when fruity teas no longer captivated me. I wanted the finest teas from producing countries and my favourites were those from Darjeeling. They are still my first choice but I also enjoy PG Tips for breakfast. As I like my tea weak rather than strong I get four cups from one bag. It’s an economical way to start the day.

Tea is popular at the Grup Serra building in the Paseo Mallorca that houses the Bulletin, sister paper Ultima Hora and the television and radio people. The staff in different departments have electric kettles and make tea with teabags at all times of the day and night. The Grup Serra offices are open 24 hours a day every day of the year. Like the old Windmill theatre in London, we never close.

When I’m giving English conversation sessions to members of the Ultima Hora staff, the vocabulary of tea drinking crops up sooner or later.

And that means, among other things, the tea caddy and where the word came from. To explain it I have to digress considerably. The word caddy, in reference to tea, comes from the Malay ‘kati’, or catty, a weight of tea equivalent to 1.33 pounds. The catty was sometimes called the ‘Chinese pound’ because the weight was used by the Chinese. The Japanese also weighed goods by the catty.

In the tea trade in the old days, a packet of tea weighing a catty became known as a catty or a caddy. Eventually caddy was the more popular spelling and it came to mean any special container for a small amount of tea.

However, the explanation doesn’t stop there. When talking to Spaniards who are learning English I then have to point out that when the word is written ‘caddie’ it takes on a quite different meaning: the men (and these days the occasional strong young woman) who carry a golfer’s big bag of clubs and other accessories such as an umbrella and a rainproof jacket and trousers. 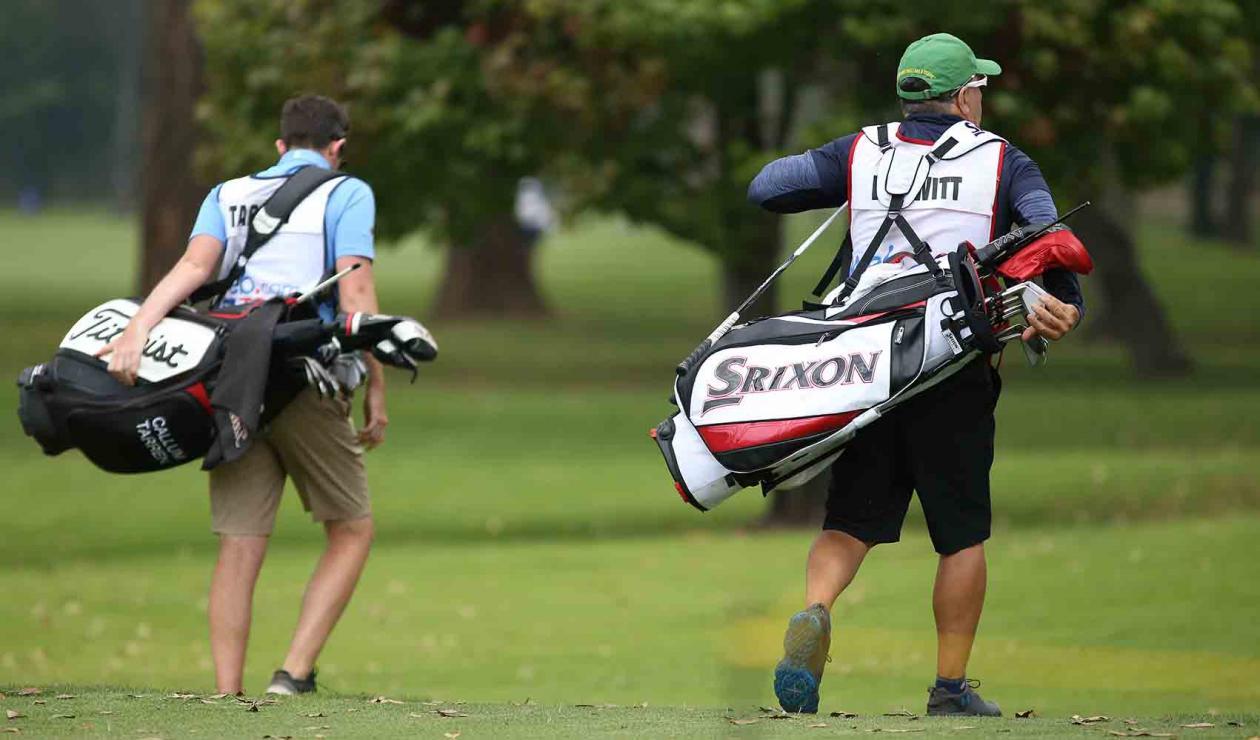 Caddie is a Scottish word, which isn’t surprising as it was the Scots who invented golf, but its original meaning had nothing whatever to do with golf.

In the days before blocks of flats had running water, a caddie was a youth hired to carry buckets of water from a communal street tap up the stairs of the tenements in Edinburgh’s Old Town.

The Scottish word caddie was late 18th century and came from the French ‘cadet’ (pronounced ‘cad-day’) and was a jovial chipper kind of word when applied to young boys. A young girl was never called a caddie.

Although cadet in French and English came to have military connotations, the original French word meant a family’s youngest son or daughter. The Gascon form of cadet is ‘capdet’, from the Latin ‘capitellum’, meaning little head. The eldest son of a Gascon family was called the ‘caput’, or head of the family.

The French also use ‘cadet’ for anything smallish or unimportant. A typical use in this sense is “C’est le cadet de mes soucis.” (That is the least of my cares).

As Edinburgh’s youths or caddies were paid to carry buckets of water up the tenement stairs, the city’s golfers used the word for the men who carried the bags filled with their golf clubs.

However, the golfing caddie wasn’t just a strong person who could haul a heavy bag round the 18 holes of a major golf course. He was also someone who knew the course’s fairways and greens and could advise a golfer on the appropriate club to use and the best way to play the ball depending on the lie it had.

But caddie, which could also be spelt cady, caddy and caddee, wasn’t just about carrying bags of golf clubs. It was a much more complex word than that and had various other meanings.

In 19th century England, caddie was much used in the underworld. A caddie could be a thief’s assistant who sometimes specialised in passing counterfeit money, which was very common crime in those days.

Caddie was also the name given to a young man who hung around the yards of inns and taverns and tried to persuade approaching customers to go to other nearby pubs and inns. When he was successful in getting them to change their mind, he went with them to the other inn where the landlord paid him a commission. I’ve seen that happen in Magalluf and other coastal areas where the competition for bar and discotheque trade is just as cut throat as it was a couple of centuries ago.

A caddie or caddy in Australia was a bush name for a slouch hat, the soft headwear with a wide brim used by men (and sometimes women) on a safari.

The 19th century ‘cad’, used at Oxford and some public schools to mean an ill-bred and vulgar person, is an abbreviation of cadet. By the latter part of the 20th century, both cad and caddish had become old-fashioned terms although cad is still found in jocular use.
In the days when stagecoaches were the main form of public transport between towns, cad was the word for a passenger taken aboard between stops and whose fare was pocketed by the coachman.

People in menial jobs were often called cads. Messenger boys were cads as were any kind of inferior assistants. But a cad could also be an old friend or chum. And at Eton in the early 19th century, a private tutor was called a cad.