Foraminifera inhabit all marine environments of the planet, from the shallowest to the deepest and from the poles to the tropics.

However, foraminifera remain usually unknown to most of us since they are as small as a grain of sand (ca. 0.1–1 mm). They are mainly formed of a hollow calcareous shell that protects the single-celled organism (protist) that lives inside. From here derives its Latin name foraminifera ‘hole bearers’. 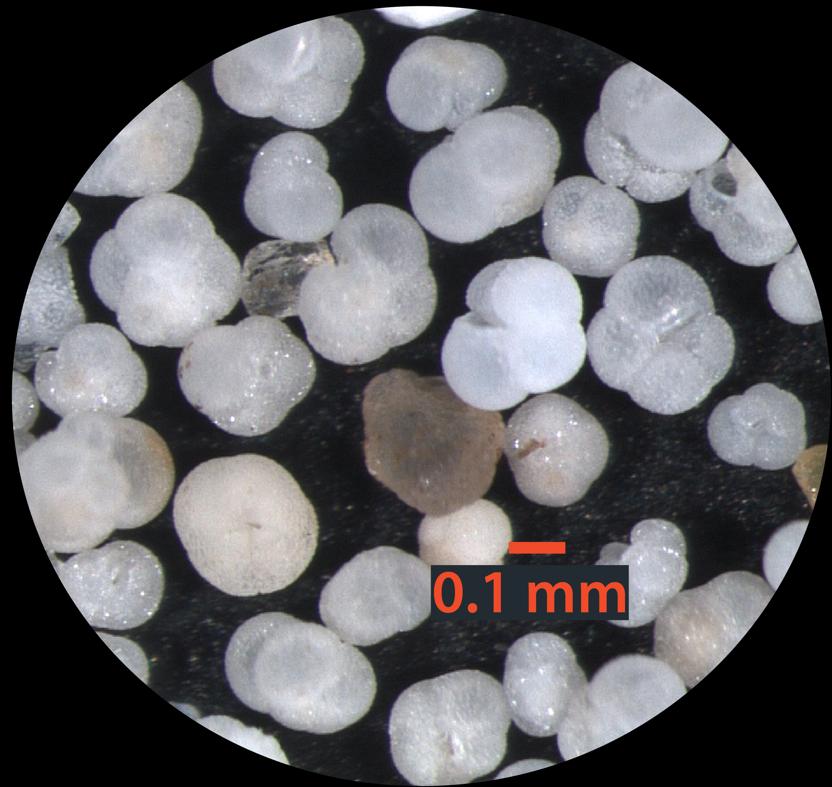 Even though we cannot fully distinguish them by the naked eye, a magnifying glass will reveal their varied and beautiful shapes (see images). Today, an estimate of 4000 species live in the oceans. Of these, 40 species float in the water column (planktic foraminifera) and the remainder live on the seafloor (benthic foraminifera).

These unicellular organisms belong to the animal plankton group (zooplankton) and are placed second in the food chain after the photosynthesizers. Their diet can vary from algae to tiny crustaceans that can double their size.

To capture their prey, they spread a sticky substance outside the shell (pseudopodia) that helps transporting the food towards the inner cells by slow and constant movements.

Why are they important?

Despite their tiny size, these organisms and their fossil shells are highly valued for scientists since they gather important clues on the Earth’s evolution.

One can find fossil foraminifera in marine sediments but also in continental rocks above sea level due to the tectonic movement of the Earth’s plates, pushing sediments that once were parts of the oceanic seafloor towards the surface.

This condition allows the study of their fossilized shells, evidencing the environmental conditions when the organism was alive. Some examples of their wide scientific applications are the following:

(1) Clocks: foraminifera can be used to evidence the age of sediments that contain them.
This is possible following two methods, presence/absence of certain species and using different dating methods such as the Carbon-14 method (radiocarbon) for shells younger than 40000 years.

(2) Thermometers: the shell chemistry of fossil foraminifera is used to reconstruct the climate history of the oceans. For instance, the higher the Magnesium content found inside the shells the warmer was the seawater temperature at the time of shell formation.
The study of the Earth’s past climate is crucial to understand the complex climate system and to more successfully model future climate predictions.

(3) Environmental indicators: foraminifera allow the study of the ecological and oceanographic conditions of the present and past oceans.

This is possible since each species thrives in a particular environment having a range of preferable seawater conditions (nutrient and oxygen content, temperature, water depth, water mass, ocean currents, etc).

All these different environmental conditions allow to infer the oceanographic and climatic characteristics of the setting where foraminifera live or once lived.

Foraminifera help unravelling the age of Earth’s rocks, the marine environmental state of the present and the ocean-climate conditions of the past.

In 1942, geologist Guillem Colom pioneered studies in foraminifera from the Balearic Sea.
He described the foraminifera associations that are found attached on Posidonia oceanica leaves. 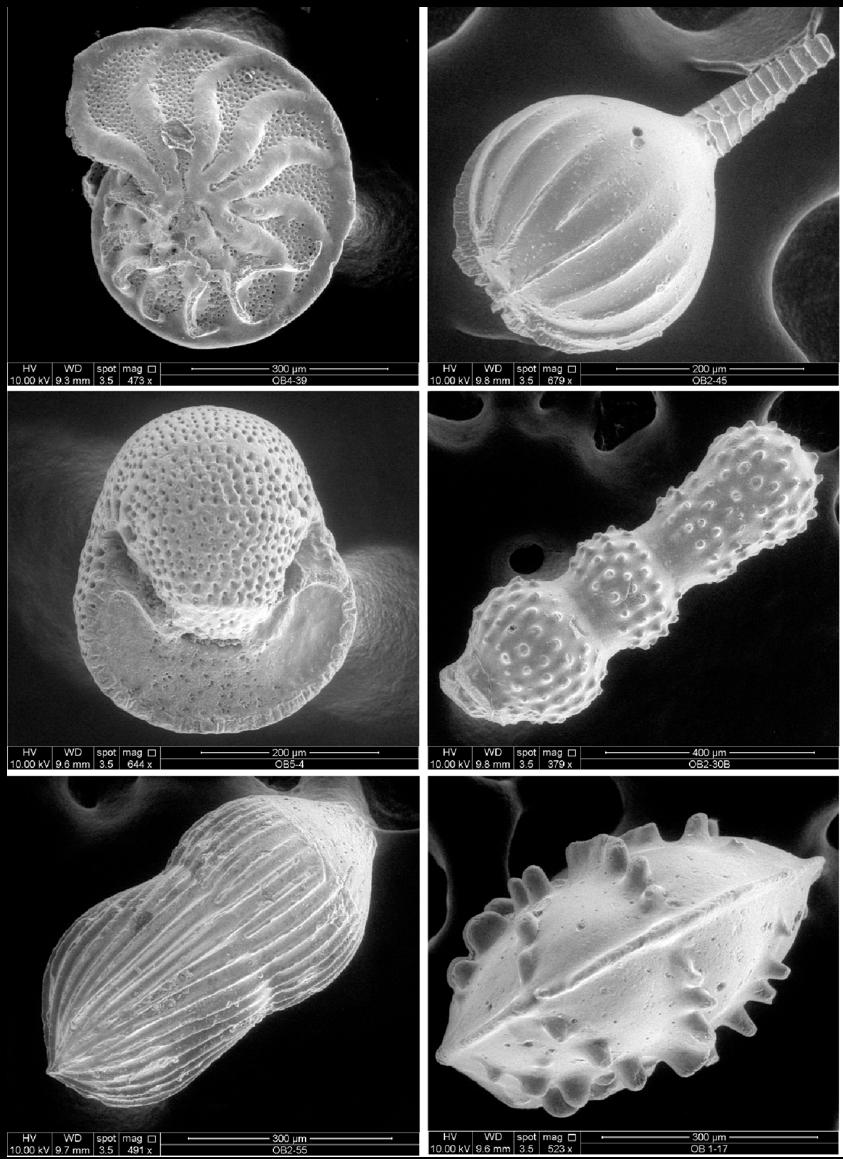 Nowadays, at the University of the Balearic Islands, research is still ongoing on the development of newer biological techniques using foraminifera as ecological indicators that will allow to find more clues on the Earth’s dynamic environment.