Having just covered the three consecutive autumn ‘ferias’ in Inca leading up to Dijous Bo, along with various recent events in my home town of Mancor de la Vall, I was curious, on entering the village square mid-week, to discover several massive tree trunks dumped ‘jenga style’ outside one of our local bars. I hadn’t heard of anything going on, but to be truthful, there are so many fiestas and events in our small township; it’s sometimes hard to keep up with what’s happening next!

The tree trunks were literally enormous, each being at least three or four metres in length with the girth of a really stout Aunt, so it definitely wasn’t the bar stocking up on winter kindling. It was also far too early for the ‘fogerons’ of St Antoni which happen a little later along this month. But the locals are partial to a nice rowdy bonfire, so when I remembered that Halloween was pending ( now passed), I thought perhaps the village was going to burn a witch as a treat. Or a trick! After all, the locals do lean towards the ‘spectacular’ when they put on an event here in Mancor de la Vall.

It was only when I discovered huge concrete blocks resembling giant sugar cubes being dumped in our second square, outside another of our local bars, that I realised something was definitely going on.

Once the hefty obstacles had been delivered, the road blocks and barriers arrived along with the traffic cones. Then the banners went up along with the marquee, and preparations began for ‘Dos Dias de TrialMallorca’ – a two day motorcross championship event sponsored by ‘Zona Gas Motor Club’.

Mancor’s location, close to the foot of the Tramuntana Mountains naturally provided the ideal venue for such an energetic sporting event, attracting participants from across the Balearics as well as the mainland. The event’s organiser was also a local competitor so I suppose a home turf was favourable.

Even though the event disrupted the entire village for three days across Thursday (set up day) Friday and Saturday, the event was quite exciting to witness, and obviously very thrilling for motorbike enthusiasts and those participating.

Usually with local fiestas, there is bunting strung across the streets, colourful decoration, with some kind of party theme featured within the event. There is usually local dancing, food, music, all the trimmings etc. The motorcross event, by contrast, was a completely different experience, bringing a touch of urban rally disorder along with the tree trunks, concrete blocks, traffic cones and barricades, all completely necessary as the village became a giant obstacle course for the final part of the championships. 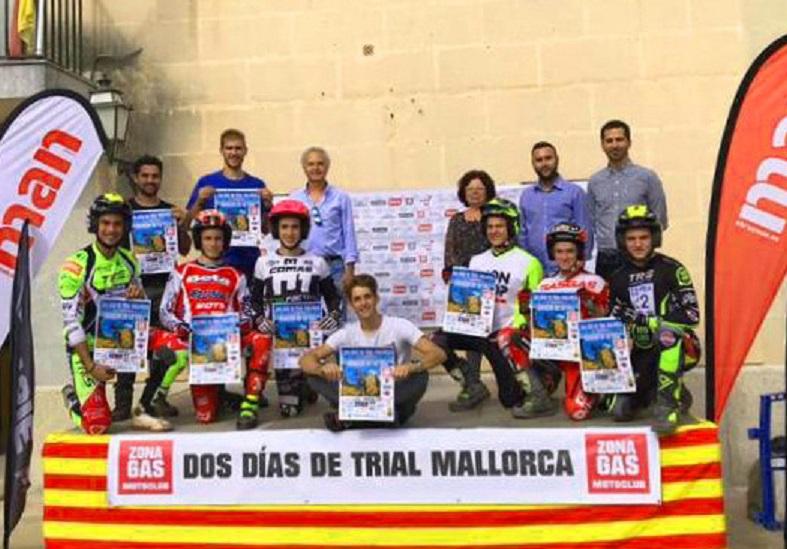 We didn’t get to see that much of the riders until the final hours of the final day because they were all off up the mountain completing the twenty different zones of difficulty as part of a gruelling 20 kilometer circuit. We hung around behind barriers with the crowds waiting, and waiting, and waiting. But then that was all part of the event – waiting and drinking and chatting with friends and enthusiasts about . . . motorcross!

The event also crossed with the religious marking of ‘The Day of the Dead’ – All Saints Day, so the crowd was a strange mix of honouring the departed whilst awaiting to be delighted! We also had the unexpected arrival of fifteen black mountain vultures circling overhead for an hour or so. Perhaps they were disturbed by the revving of the motorcross machines invading their home? Who knows! But it was a spectacle to behold and a distraction that everyone was talking about while some crossed themselves, hoping it wasn’t an ill-fated omen!

Finally, when the colourful motorcross competitors in their iridescent leathers swooped down from the mountain, the event immediately became more colourful as the riders showcased and showed-off their amazing skills, reflexes and bravery, challenged by the awaiting village obstacle courses. 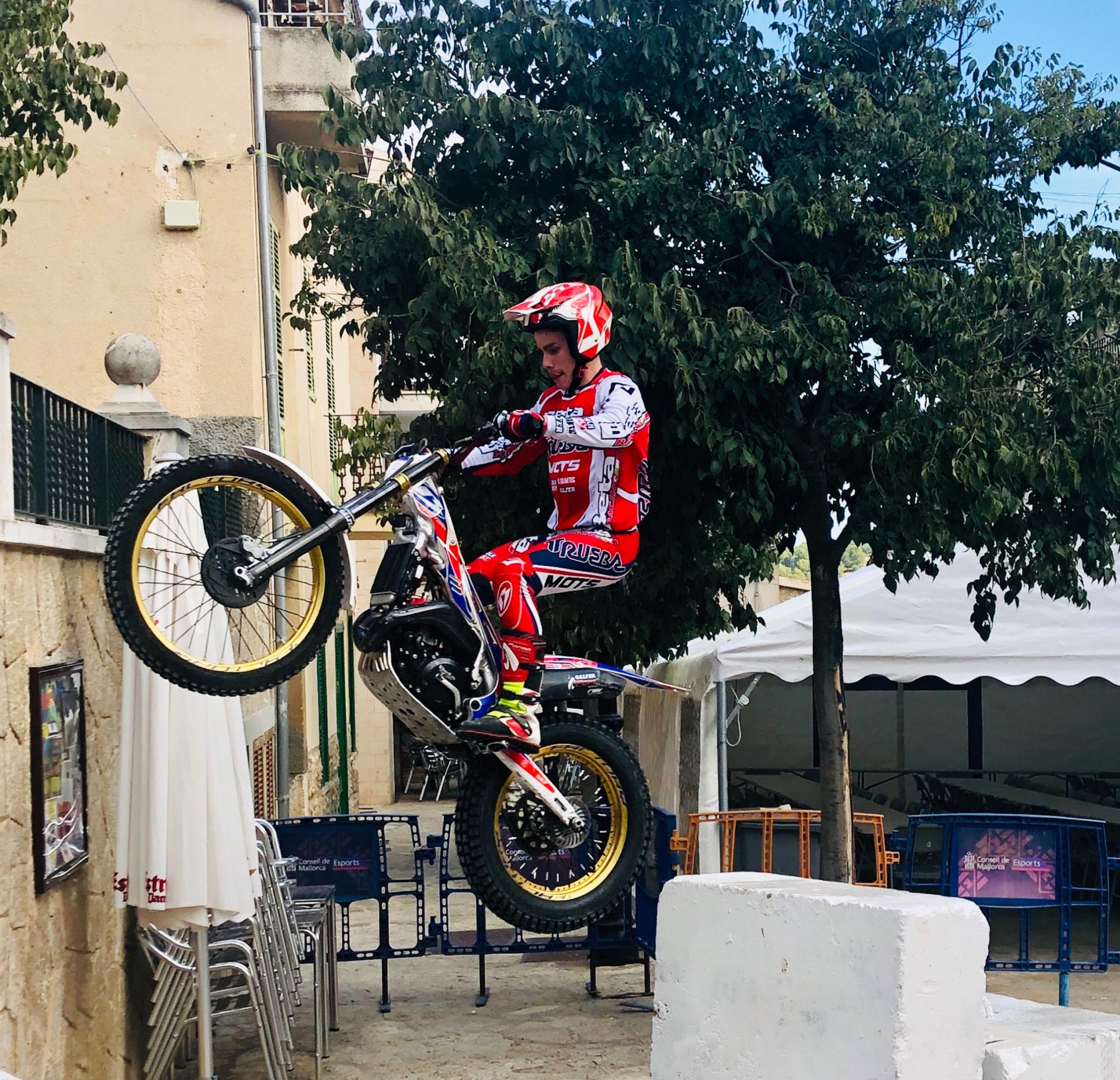 Death defying leaps, incredible feats of balance and sheer nerve was put on display as the riders lapped up the cheers and applause that I expect makes putting your life at risk, worthwhile. I cannot imagine the courage needed to launch yourself off one perilous obstacle onto another. And not just once, but time and time again. The tricks were amazing. The smell of petrol fumes intoxicating. And the event, something the village will be talking about for a long time. Well, at least until the next one! Vroom! Vroom!