Diving without getting wet!

Cinemar is a way to inspire and create debate. | Youtube: Marilles Foundation

Getting people closer and more connected with the marine environment is a priority for Marilles Foundation as it lays the basis to achieve long-lasting positive changes to our beautiful sea and coasts.

Images are one of the most powerful tools to achieve this purpose. It is not everyone’s cup of tea to jump into the water but luckily there is an increasing offer of documentaries and films that allow us to enjoy the richness of the marine environment without getting wet.

Earlier this autumn we launched, Cinemar a series of marine related film screenings followed by roundtables with experts and public debate. We are running this in collaboration with the Sa Nostra Foundation Cultural Center, right at the centre of Palma. 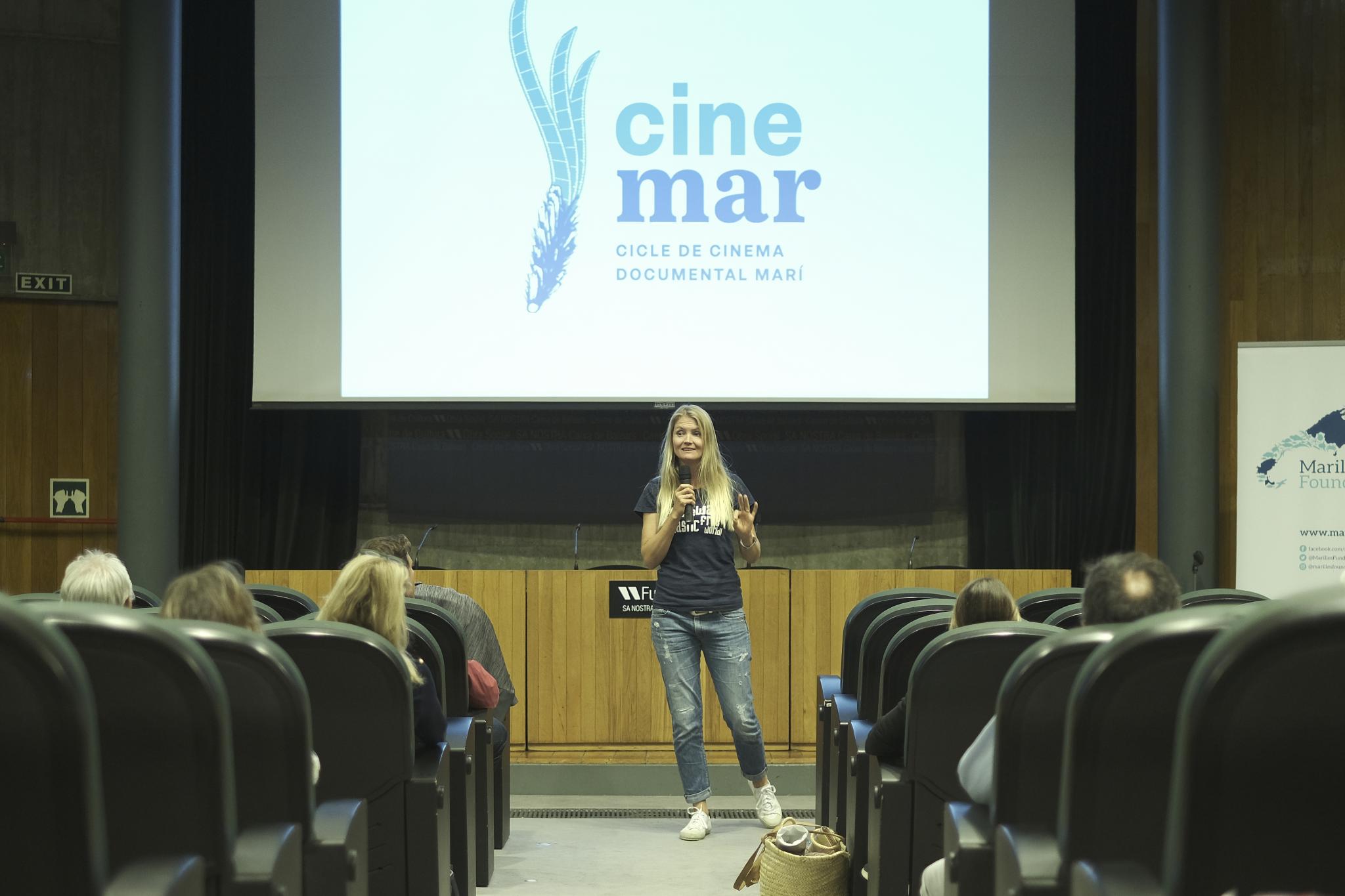 Cinemar is a way to inspire and create debate among the population, to raise awareness about problems, to highlight solutions to conserve the marine environment and to keep marine issues alive during the months of the year when one is more distant from the sea.
Our first session started on October 15 with Out of Plastic. Line Hadsbjerg, director of the documentary and co-founder of the Cleanwave movement, participated in the round table together with Roser Badia, of Rezero, the Foundation for the Prevention of Waste and Responsible Consumption; and Debora Morrison, from the PalmaAquarium Foundation. This was an opportunity to reflect on the impact of plastic in our lives and our natural environment. Through landscapes and views of the ocean depths, the documentary it is a reminder of how an excessive use of single-use plastic has tipped the balance and is not only affecting the environment but also ourselves.

On November 12 it was the turn of “Let’s Save our Mediterranean” a National Geographic production. The documentary is a journey throughout the life of Manu San Felix a marine biologist and member of National Geographic Pristine Seas programme who’s devoted more than 30 years to study and fight for the conservation of the Mediterranean. The documentary is a succession of meetings with marine experts and impressive images of amazing underwater Mediterranean landscapes and some of the pressures we are inflicting upon them. 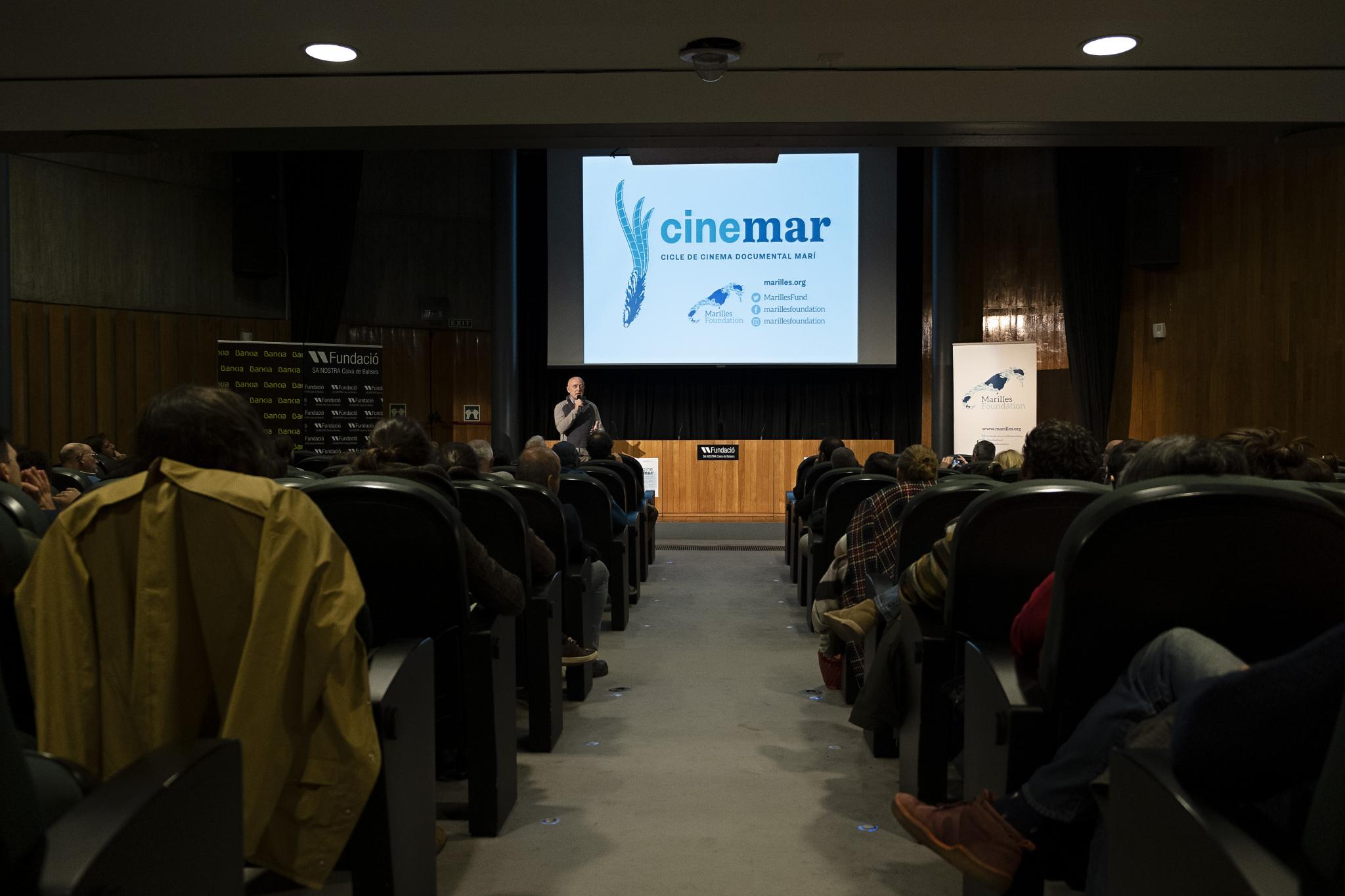 More than one hundred people attended the event and actively contributed to the debate asking questions to Manu San Felix, and to Kike Ballesteros, a leading marine biologist with probably the best knowledge of the Mediterranean marine environment. Marine Protected Areas (MPAs) was a key topic for discussion. There was talk about the existing network of MPAs in the Balearics and how we can improve their effectiveness. After three years researching this topic Marilles Foundation has a clear diagnosis on this: MPAs have had a positive impact on the marine environment and the results are becoming evident with higher growth of commercial fish species. But they are falling short of their potential and there is room for improvement.

The next session is planned for January 14 when we’ll screen Chasing Coral, a documentary that describes very vividly the tragedy of coral bleaching due to climate change whilst still leaving a door open to hope. Richard Vevers, the main character, decided to leave his job in the field of advertising to travel the world photographing his great passion, marine wildlife, and in particular, coral reefs. After learning about the massive deaths of corals due to warming water and acidification, he set up an ambitious project to capture the “coral bleaching epidemic” with a view to bring this issue to people’s attention. In spite of the technical problems he succeeded; and we hope to have Richard Vevers himself at the roundtable to tell us all about it. 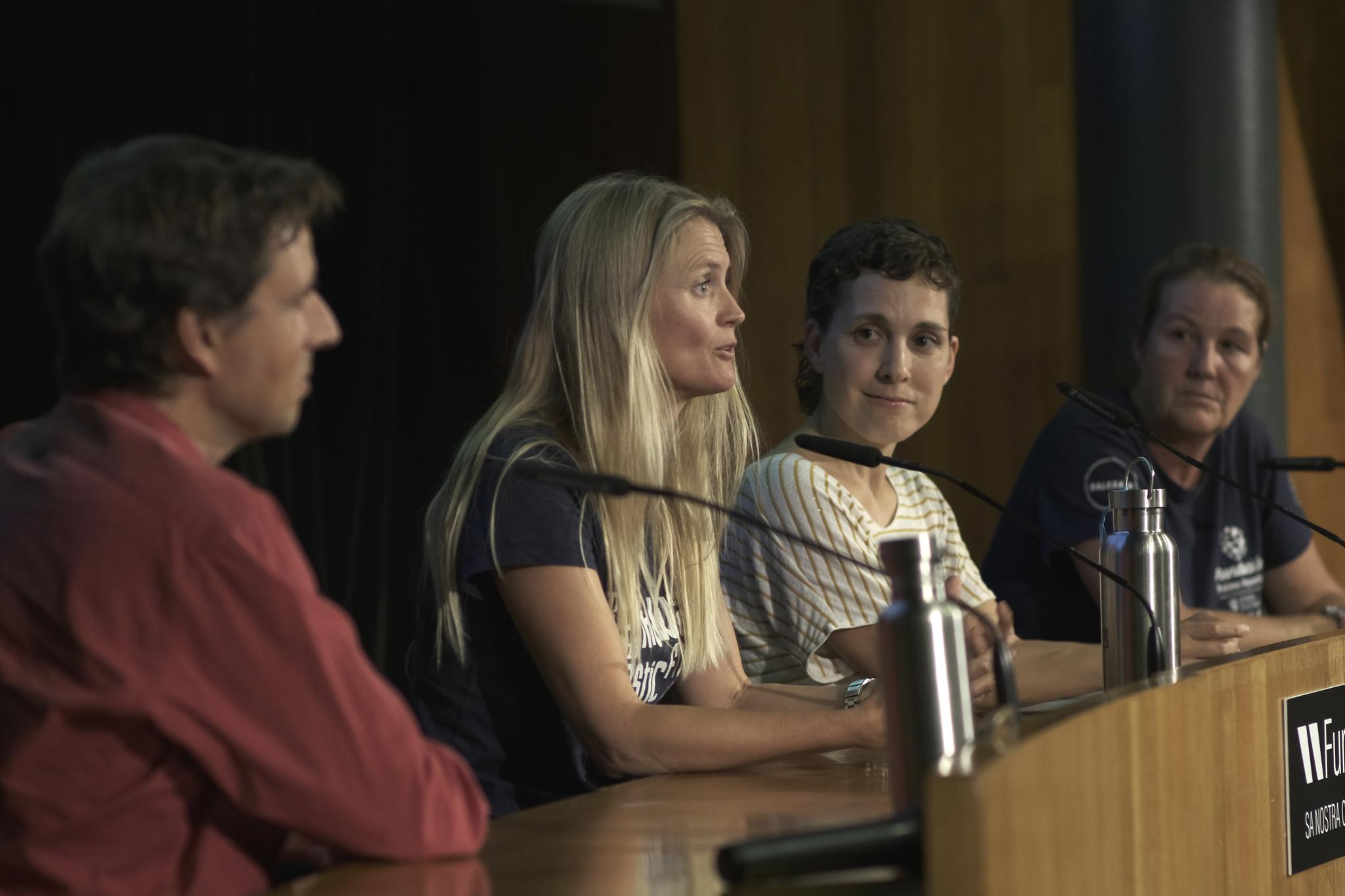 February 11 will be the turn of the Blue Planet II series and in particular of the chapter on the “big blue”. This iconic BBC series provides an up to date overview of the state of the seas and oceans, with data on the latest findings made by the scientific community, the incredible creatures that have been discovered and the current state of our blue planet at a critical time for ocean ecosystems. Underwater director, Rafa Herrero, was one of the persons who helped make this chapter a reality and we are very happy he will be visiting from his hometown in the Canary Islands to be with us at Cinemar.

Admission is free. Book your place by writing to: ana.pena@marilles.org