There is an exciting event occurring on Majorca right now with another soon to arrive. Already building up in vast numbers are Common Starlings – a winter visitor to Majorca, whose numbers will peak close to 3,000,000 birds by mid-winter. S’Amarador (which is past the Albufera) is one place to be to see this spectacle as are any of the viewing platforms on the Albufera itself. I remember my first sighting of Starlings coming in to roost on the Albufera. It was an exciting December evening for me as earlier I had found five wintering Glossy Ibis and I was thrilled with this. I remember seeing what I thought was a line of smoke way off in the distance, but as I looked the line seemed to be moving in different directions. It was when I trained my telescope onto the smoke I could see it was actually a mass of Starlings performing what is known in the avian world as a ‘murmuration’. That cold December evening will always stays firmly in my memory, as over the following nights, I returned each time to watch this amazing spectacle. 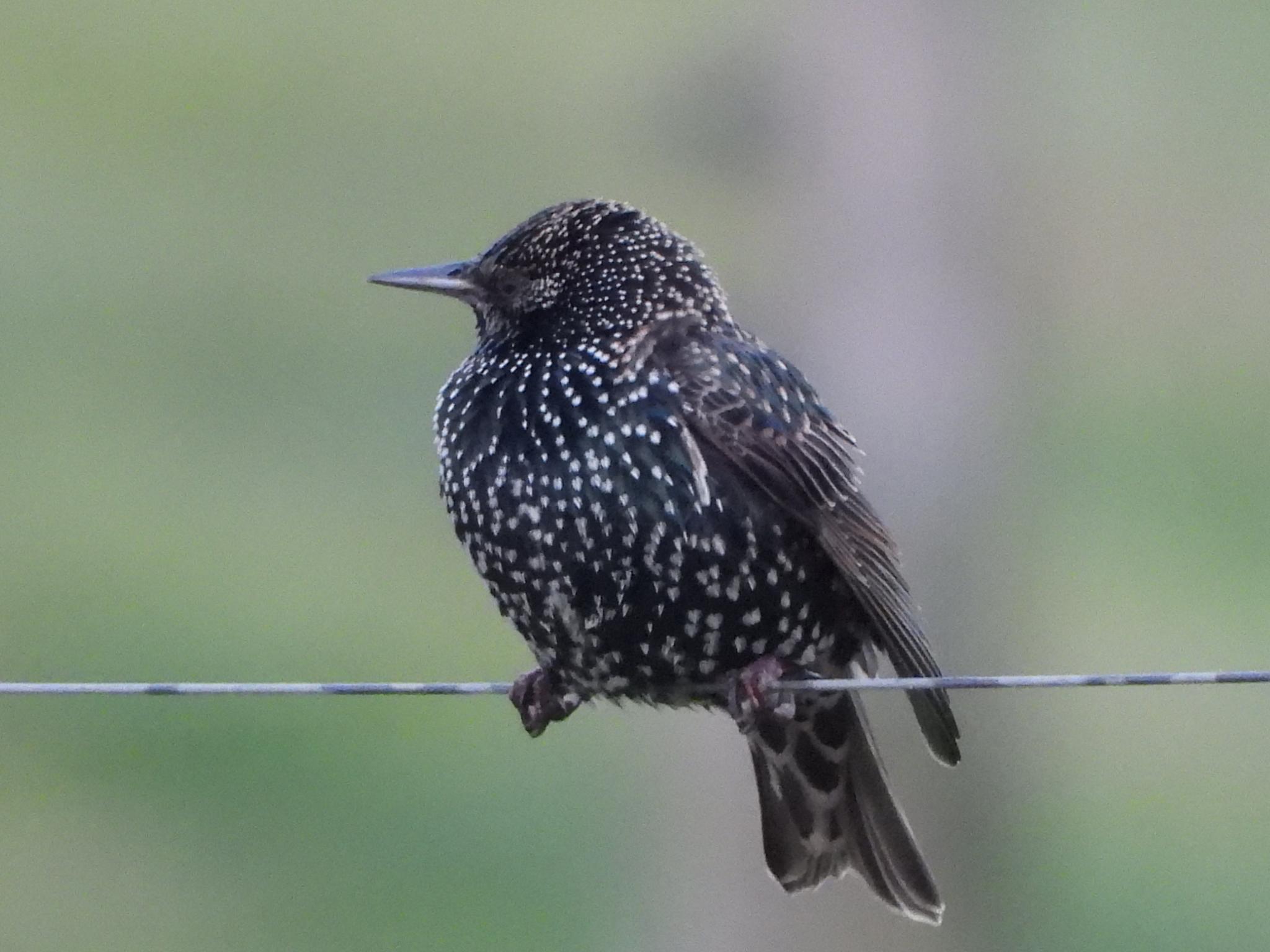 It is possible for their numbers to reach around 3 million birds in the winter, which is a phenomenal number, and can you imagine seeing them coming in to roost many thousands strong at a time, and the noise as they land in the reeds (which are bending over under the weight of the birds), and the chattering calls echoing across the marshes, and not to mention a loud ‘whoosh’ from millions of wings when a passing Marsh Harrier or Booted Eagle causes a stir and sends the birds into a frenzy, blackening the sky until they are happy that danger has passed and return once more to noisily chatter from the reeds again. This is one of nature’s amazing spectacles – and once seen will never be forgotten. I also remember driving early one morning from Son Servera in the east to somewhere or another, and I noticed in the distance a field full of Starlings, and as I drove closer they suddenly all took flight, and crossed the road ahead of me to the adjacent field. There were that many of them that I had to physically stop to let them fly across the road – it was no exaggeration to say I literally could not see the road ahead of me. A car coming from the other direction had stopped as well. I have never seen this since but wow what a sight that was.

The cranes are coming! 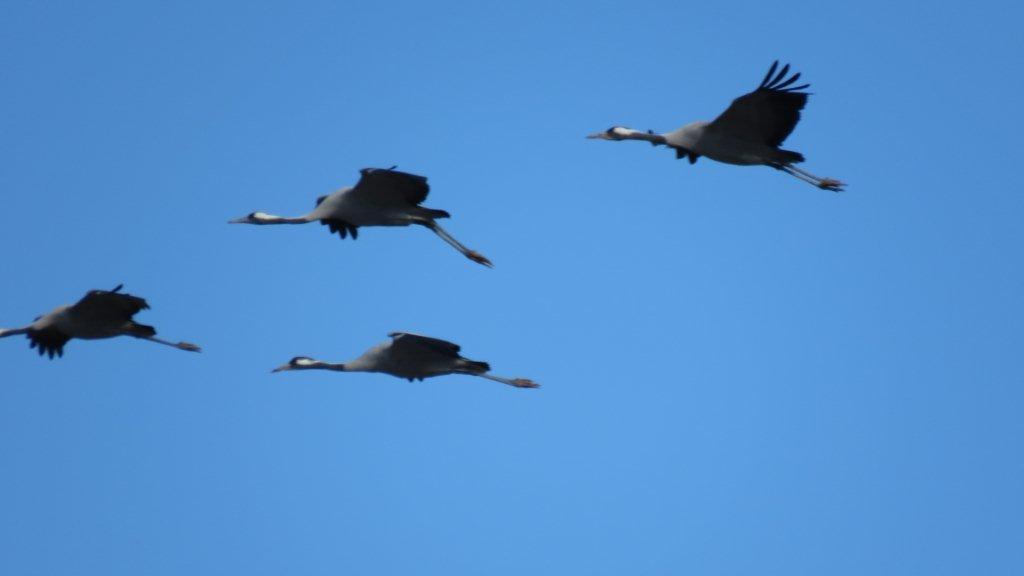 I am not talking about building cranes (thankfully), but Common Cranes, another winter speciality on Majorca. These tall birds are always a delight to see, and numbers in some years can be quite high, especially as groups will be migrating across the island. Here and there some groups stop to winter, and the salt pans of Sallinas de Llevante in the south is in my opinion the best place to see them. They also occur at both the Albufera and Albufereta Marshes too. They are graceful in flight and elegant on the ground, where they stand proud as they feed in their little groups, always on the lookout for danger, and giving off the loud bugling ‘kroo-krii-kroo-krii’ calls. They haven’t quite arrived for the winter yet, but any day now should see them. Surprisingly they can blend in well if feeding far out in a large open field, especially if there are remnants of the summer vegetation still present. They have a wingspan of 200 – 230cm so they are a large looking bird in flight. They congregate in large flocks where they search for food by walking slowly and probing with their large bills. In the winter, plant material is the commonest food. In Ireland (despite being extinct for over 200 years), the Common Crane plays a very important part in Irish culture and folklore and so thus recent efforts to encourage it back to Ireland are received with much enthusiasm. The Kranich Museum in Germany is dedicated to art and folklore related to the Crane and it is the sacred bird of the god Hephaestus. Males are slightly heavier than the females. Keep a look out when you are at the marshes, both on the ground and in the air. 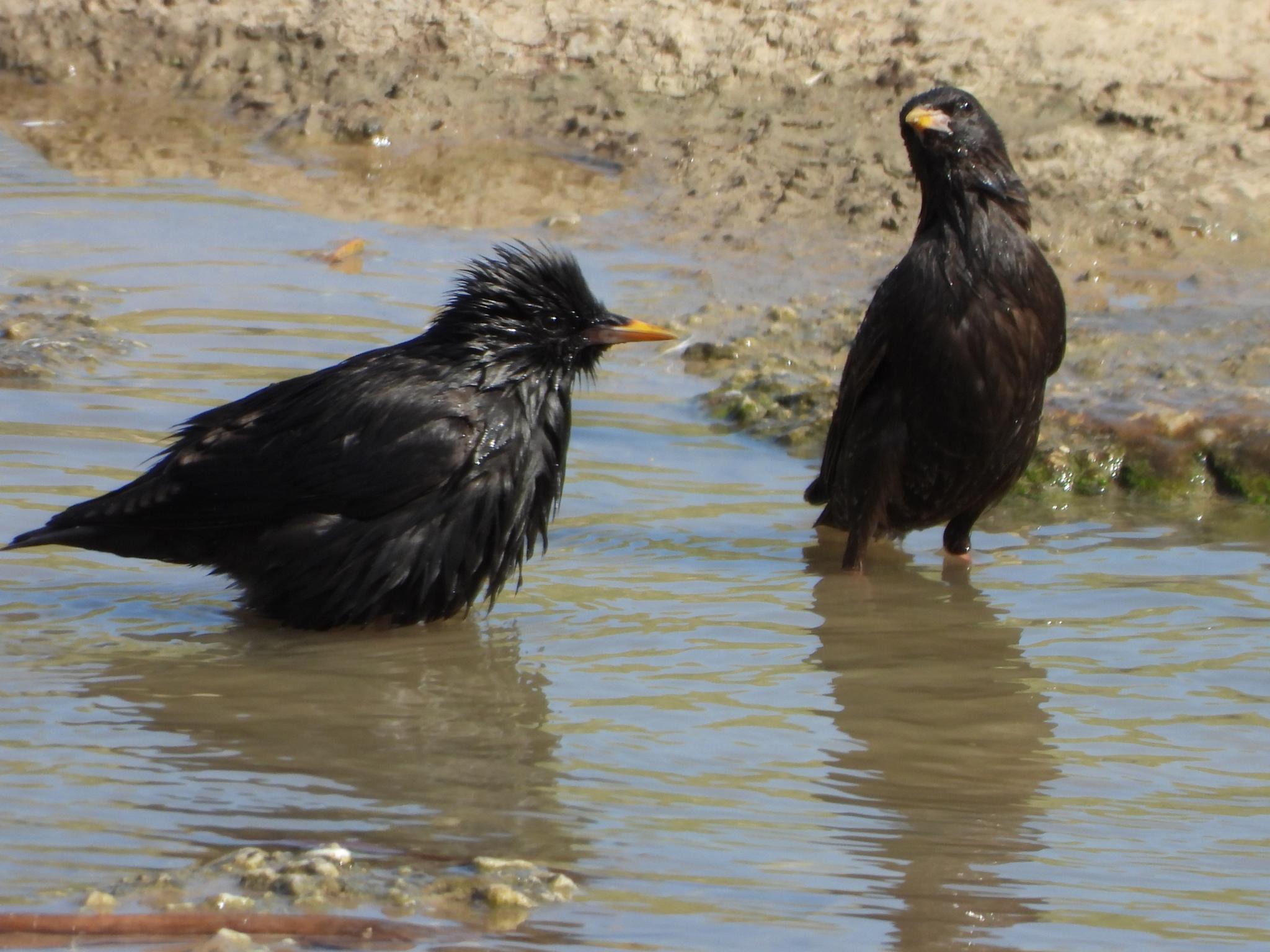 Until recently, the status of the Spotless Starling on Majorca was a rare resident, with a small group frequenting Palma airport and the surrounding area – but several years back I found a pair at Llombards near to Felanitx, and subsequently this pair has been added to over the years. In my second edition of ‘the birds of Majorca’ I now list them as a resident species of breeding status. They are easily overlooked as a lot of people naturally assume they will be Common Starlings, but as always nothing on Majorca should be taken lightly, any bird here could easily be something different to what you may expect. A winter bird shows pale tips to the feathers. They have a voice similar to the Starling but the song is louder especially the whistles. They are similar in size to the Starling and share the same characteristics apart from being a bit more solitary. Open woodland near to short grass for foraging, fields and marshes (winter) all form their habitat. They prefer to nest in a hole in a tree, other nests and occasionally buildings, where 4-5 pale blue eggs are laid. The nest is a foundation of grass and twigs with a soft lining. Invertebrates form the bulk of the diet with seeds and fruit being added in autumn and winter. They are a wary bird but when found in towns and villages they can be more approachable. In the summer the male has an all-black plumage glossed purple (not green as in the Common Starling – a good ID feature) and without pale edges to the wing feathers. Another good ID feature is the long feathers on the throat that give an almost ‘bearded’ appearance. The bill is a pale-yellowish with a bluish-black base. In winter however they show pale tips to the head and mantle feathers and on the underparts with the bill a dark colour. Where cattle feed is usually a good place to look for the Spotless Starling at any time of the year where they take advantage of insects attracted to the cattle and disturbed by them in the short grass. It is fair to say this species is a delight to see, and is certainly worthy of being bird of the week on Majorca.