From paper to the City of Lakes: Albufera

The first modern evidence of Albufera, if modern is the right word, comes from the Riss Ice Age. It was during this period, up to some 130,000 years ago, that a sandy coastal cordon was formed. This cordon shielded Albufera which, over the eras, went through phases of being highly salty or consisting completely of freshwater. The boundaries of the wetland don’t appear to have varied greatly, although this assessment has only been made in respect of the past 10,000 years. Flooding caused the limits to stretch to, for example, where the Roman theatre is in Alcudia or into what is known as Son Fe. The current boundaries have more or less been unaltered for a couple of millennia; only the activities of man have affected its topography.

The vegetation that was to flourish in this vast wetland included reed and a form of sedge known as masiega. In Roman times, Pliny the Elder described this sedge as a papyrus that allowed the deeds of men and the memories of their lives to be preserved. There was, even in those long-ago days, a type of paper manufacture associated with Albufera.

It is the reed which is the more obvious raw material. Phragmites communis, the common reed, grows to a height of six metres or more. Its existence in Albufera is ancient, and in the present day it offers a dramatic example of this antiquity. Despite man’s destruction of part of the wetland, phragmites is to be found in the whole area whether it is still wet or is now dry.

The productive potential of phragmites has long been appreciated. Well before the British engineers began the process of drainage and of introducing new cultivation in the second half of the nineteenth century, farmers used the reed to, among other things, build pens for livestock. After the New Majorca Land Company was founded, the engineers had a sideline business interest in exporting reed to England; an activity that was to last for twenty years before the company went bust.

It was the aristocrat Joaquim Gual de Torrella who acquired the collapsed company; that basically meant the land. In 1917, his paper mill was built. Reed was at the heart of an industrial revolution centred on the wetland. But this revolution was not to be as significant as it might have been. The factory had been in operation for around ten years when a company named La Papelera Española made the Gual de Torrella family an offer.
In return for an annual payment of 55,000 pesetas, the paper mill was closed down. The reason was because it was too competitive for the liking of the mainland. Reed grows prolifically and rapidly. It was to be noted in a 1939 report that one thousand hectares of reed were equivalent to twenty thousand forests. The reed, moreover, grew annually; trees for wood-based paper manufacture could take up to twenty years.

That report was issued soon after what was a decisive development in Albufera’s industrial history. In 1938, the company Celulosa Hispánica was founded. Almost to this day seventy years ago (the seventh of March 1950), an announcement was made as to the production: up to 12,200 tonnes of packaging paper and 1,200 tonnes of pulp. The factory employed up to eighty men; it was a significant employer.

Sixteen years later in 1966 the factory closed. Among the reasons why was a familiar one to that given today about issues that face businesses in Majorca - the costs of insularity. In this instance, it was the cost of transport to the mainland. A further reason was that a product based on a mix of reed and masiega was of an inferior quality.

But there was possibly another reason, and that was the far greater riches being promised by tourism and development on Albufera. For this, one has to note an announcement from September 1966. It was made by Nicolas Riera-Marsa and it was with reference to a company Lago Esperanza S.A. Lago Esperanza is the name of the big lake in Alcudia, and anyone who is familiar with what became the tourist and residential development of Alcudia’s ‘City of Lakes’ will know the name Riera-Marsa. They will also be familiar with names such as Vicente Enseñat, Juan Gili and Antonio Luna. 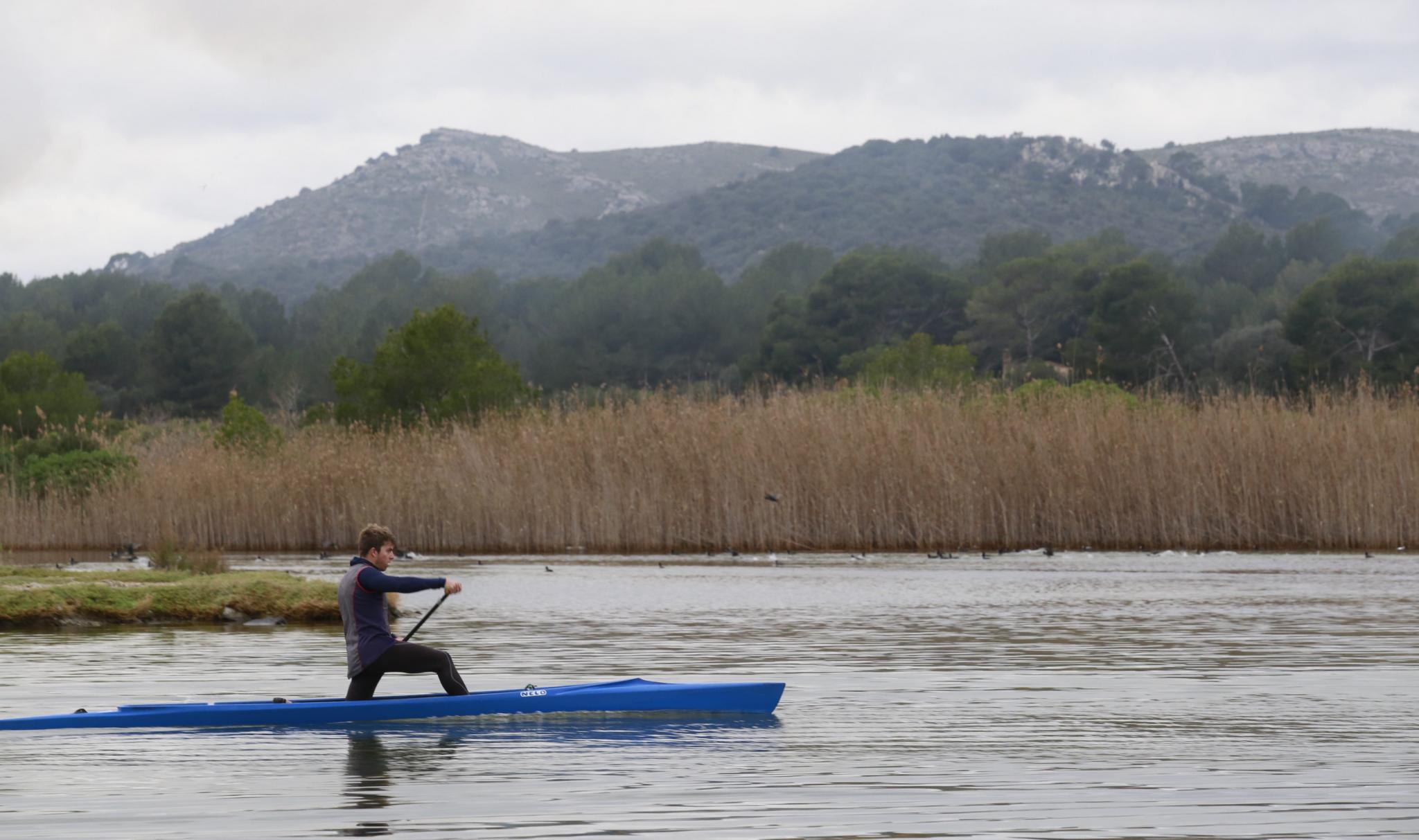 The announcement referred to these three gentlemen and to “the rest of Celulosa Hispánica”. Riera-Marsa listed four accusations against them. What this all boiled down to was a disagreement between the individuals who were to be responsible for what was going to be “a place for tourism unparalleled on the island”. There was to be a rather uneasy accord. The Alcudia Tourist Association was formed. Riera-Marsa was the president; Enseñat was the vice-president. A union was better than division, and a paper factory on the ancient wetland couldn’t compare with what awaited Albufera.