The longer lockdown continues, the braver nature gets. I’m used to spotting wild puputs (hoopoes) in the wooded area that borders our house, but instead of taking flight as soon as a human approaches as they did pre-C Word, they’re now glancing up nonchalantly and returning to peck away at the ground in search of insects. Similarly, a red-bellied chaffinch (just call me Bill Oddie) sang a powerful song to me while I was on the lounger reading Jennifer Saunders’ touching memoir Bonkers: My Life in Laughs - fittingly I was on a rather musical chapter concerning her Mamma Mia! spoof for Comic Relief. Meanwhile, a jewel-coloured drake and drab-looking hen have often had the gall to sneak into the back garden, but it’s now necessary to shut the door or they’ll waddle barefaced into the lounge to see what’s for dinner (and deposit a wet poop or two if I’m really lucky). A family of distinctive black and yellow tiger swallowtails also seem to have moved into the area; they, on the other hand, are welcome to stay. The wildlife is most definitely taking over the asylum.

Across the island, various animals have been reclaiming their natural habitat. Dolphins have been leaping happily everywhere, from the Bay of Palma to Puerto Soller, and goats have taken to trip-trapping through the deserted streets of Cala San Vicente and Lluc. Over in mainland, wild boar have made their way down the mountainside to snuffle the city centre, and an extended family of wild ducks have taken to waddling across Cordoba’s main bridge spanning the Guadalquivir.

This animal magic has been replicated all over the planet. The seaside resort of Llandudno in North Wales has gone from ghost town to goat town, with a herd of 122 Kashmiri mountain goats venturing from the limestone headland of the Great Orme to the town centre, where they’re mischievously nibbling at prize blooms in people’s front gardens. 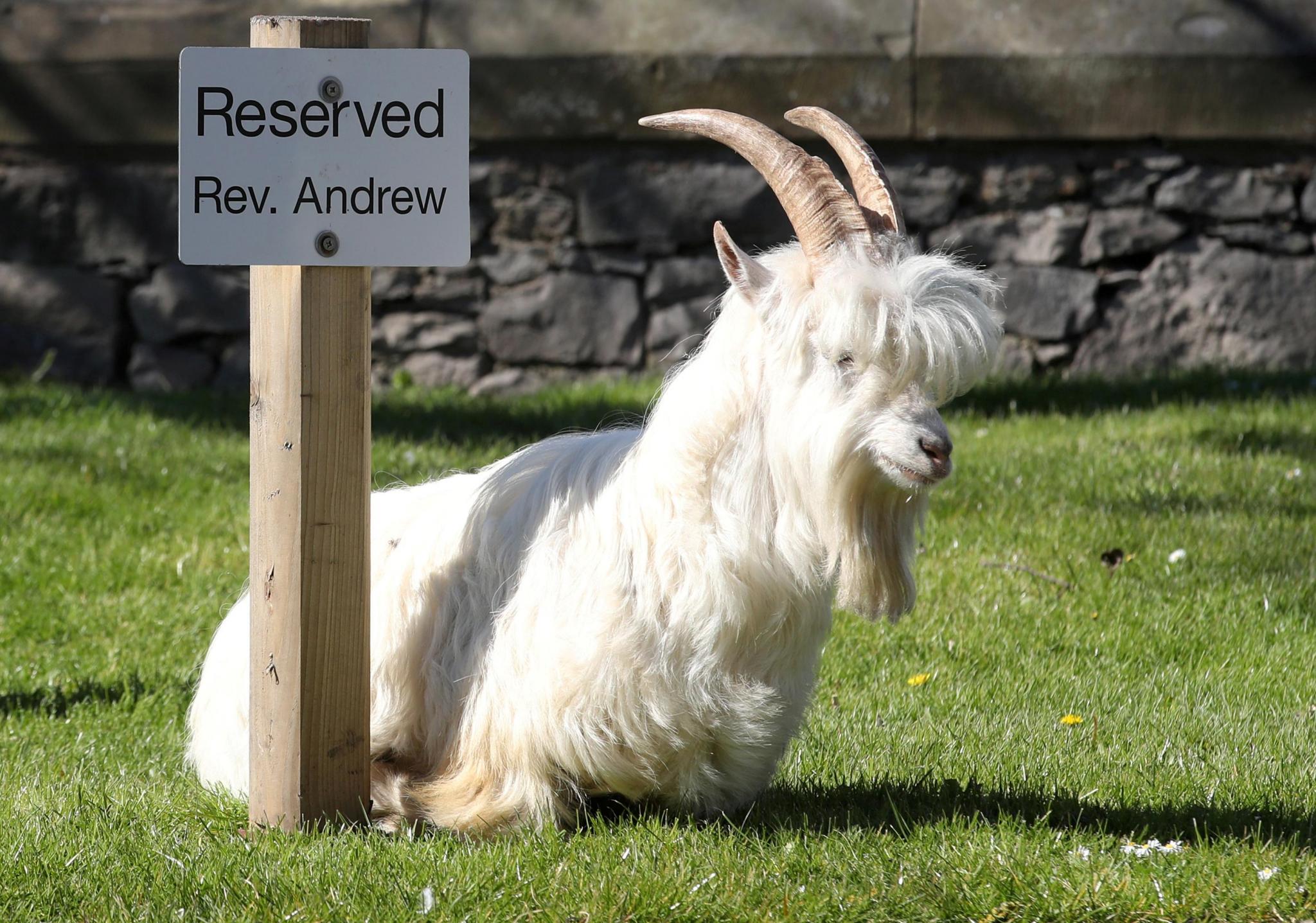 Pandemic-ravaged Italy also has a glimmer of a silver lining courtesy of its wildlife. Ducks have been flapping about in the fountains of Rome, swans are gliding the canals of Venice, which are now so clear you can see shoals of fish, and dolphins are oft sighted in the Sardinian port of Cagliari.

Heading east to Japan, the Nara Park deer sanctuary is home to around 1,200 sacred sika deer, who are more than happy to be hand fed rice crackers by the millions of tourists who visit each year. In the absence of said tourists, they’re sneaking outside the 500 hectare park to hunt for their next meal. Social media is peppered with photos of small herds dodging the traffic and mooching round subway stations.

Over to the west, packs of coyotes are patrolling the usually heaving streets of San Francisco, and wild turkeys have been chilling out on various patches of lawn in northern California. And, down in Panama, raccoons have decided to head to the deserted beach of San Felipe to see what the fuss is all about.

But, it’s not just the wildlife that’s getting a chance to breathe again, it’s all of us. With an estimated 3.5 billion of the planet’s inhabitants under coronavirus lockdown, pollution levels have plummeted. We’re being treated to a sneak preview of what the world could be like if we all united for a low-carbon future.

The World Health Organisation attributes 4.2 million deaths each and every year to exposure to ambient (outdoor) air pollution. Furthermore, it states that an outrageous 91% of the world’s population lives in places where air quality exceeds WHO guidelines. Low-income countries rank the worst.

There’s good news. Measurements from the European Space Agency’s Sentinel-5 Precursor (Sentinel-5P) satellite show levels of nitrogen dioxide (NO₂) over Asian and European industrial areas dropping by as much as 40% in January-February 2020 versus the same period in 2019. Two weeks after lockdown was declared in the UK, NO₂ pollution in some cities fell by as much as 60%. NASA has similar figures for New York, declaring them to be 30% lower in March 2020 when compared to the average for the same month in the years 2015-19.

By as good as turning off the factories, the aeroplanes, the motorways, the cruise ships, we’re all enjoying the best air quality we’ve seen in decades. Locals in the Indian region of Jalandhar in Punjab have been tweeting photos of the Himalayas from more than 120 miles away - a mountain range that they hadn’t seen hide nor hair of for more than 30 years.

Finally, and perhaps most wondrous of all, we have evidence that planet earth herself is more settled and happy. Scientists at the Royal Observatory of Belgium have been keeping a close eye (ear?) on seismic activity across the globe, and are noting that the less we humans and our various machines move around, the greater the reductions in seismic noise - that is to say the lower hum of vibrations in the earth’s crust.

This moment of relative calm has boosted the sensitivity of the Observatory’s equipment and allows these earth gurus to get better measurements. They can now spot smaller earthquakes and monitor minor volcanic activity, events that would otherwise have been blurred by human interference. Apparently, the only other time scientists get this peace is just briefly around Christmas.

So, nature is providing some welcome positivity in this otherwise rather challenging era. Perhaps we will think twice before we begin to suffocate and suppress our beautiful environment all over again...