Since the lifting of lockdown all over Europe, it seems people have been making up for lost time. Not just a bit, but in a serious way, and the petroheads of Majorca are no different. The weekly Wednesday evening meeting goes from strength to strength, despite the absence of many regulars who are still marooned all over the world and can only participate remotely by WhatsApp or by following the goings on in these pages. It’s been my mission over these last few months to achieve just that and I hope to have succeeded to some degree. 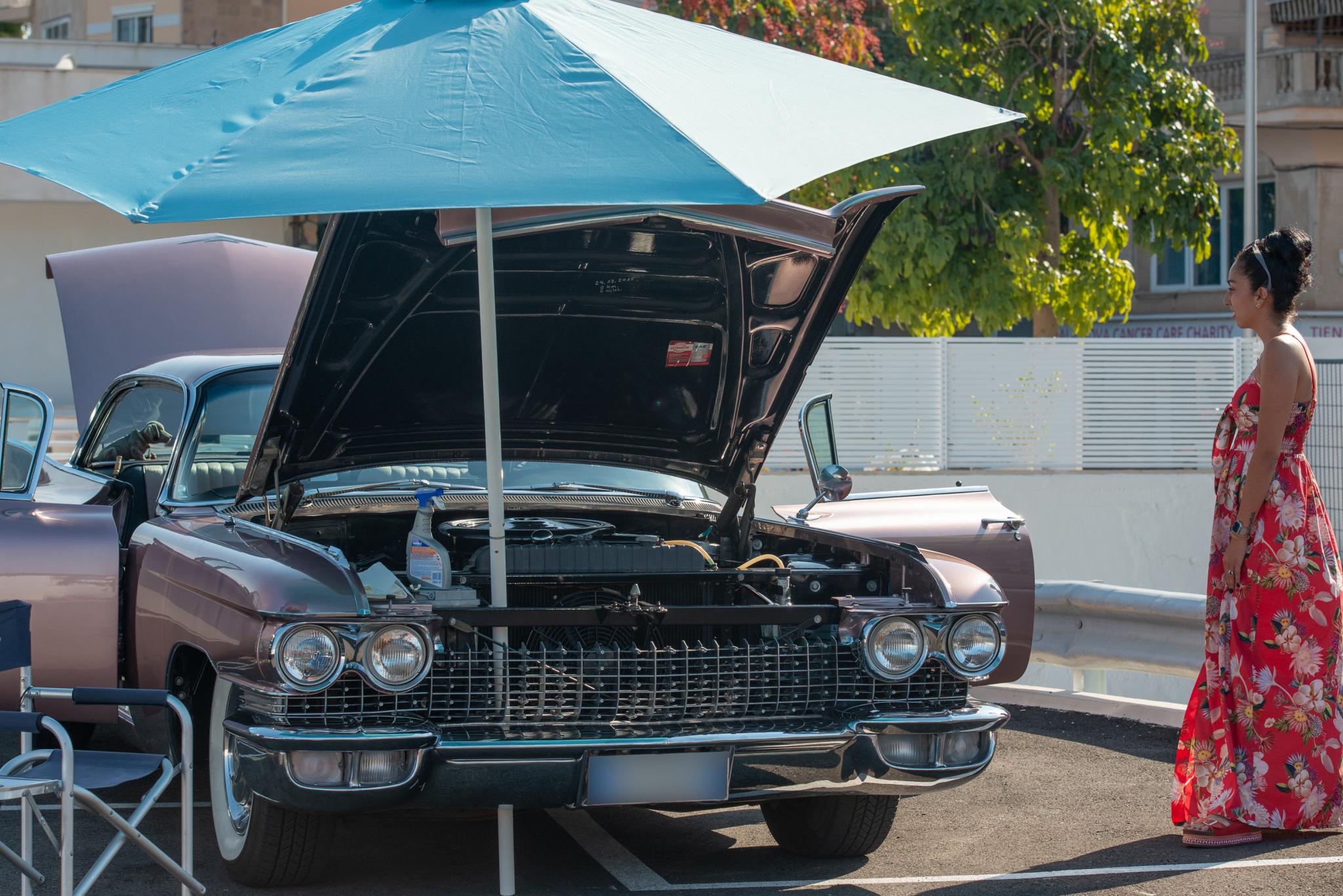 From the first week of opening up there have been drives and car meets on the island. Although to start with, limited in numbers and heavy on social distancing. The numbers are going up but social distancing is here to stay for some time. Next weekend sees the first post lockdown Classic Car Club rally, hopefully we’ll be able to bring you a report in a couple of week’s time. And the Petrolheads Society took everybody out for a spin around Mallorca last Sunday, some info and pictures for you next week. In the meantime back to last week’s regular Wednesday meetup. 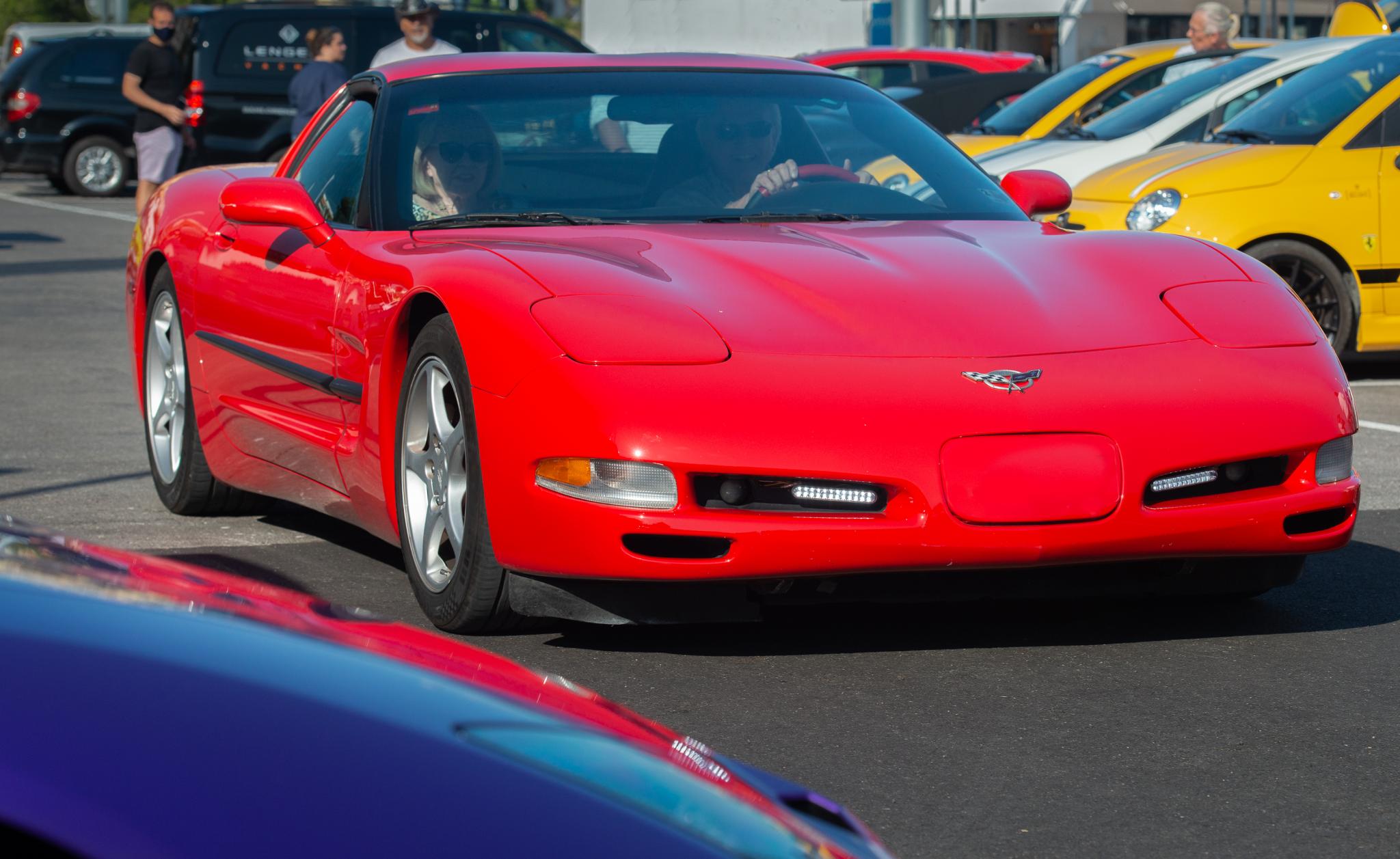 Before we start, I’ve a confession to make. Being around other people’s exotic cars and writing about them week in week out can make one a bit blasé. Or spoilt, depending on your viewpoint, my other half would probably choose the latter. On seeing Peo’s photos from last week’s meeting I thought ‘oh there’s another McLaren’. Clearly not the right reaction to one of the most exciting, exclusive and expensive cars around. But that’s what happens when these machines become familiar. I guess I am spoilt after all. 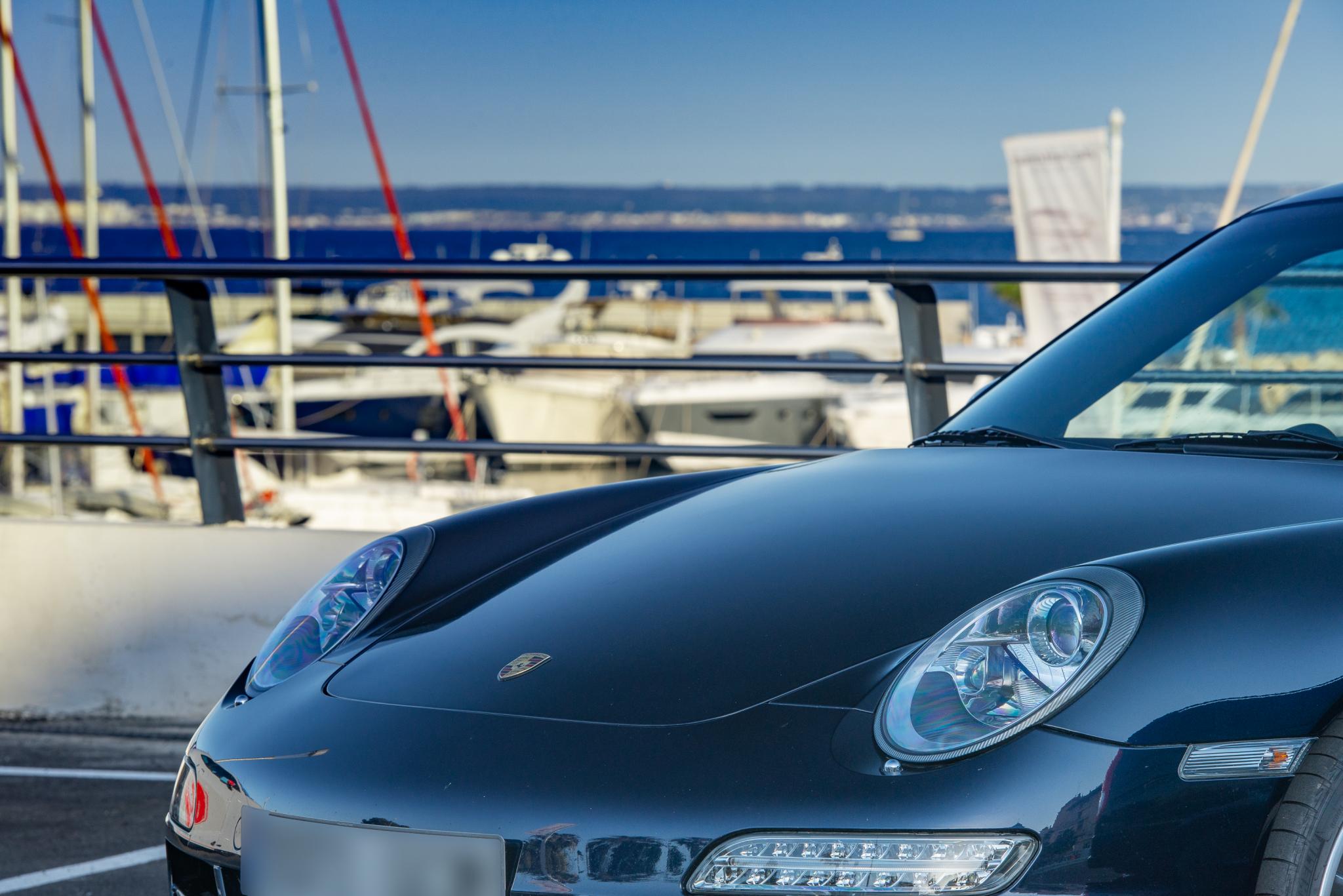 Apparently the McLaren shown here is actually straight out of the box, fresh from the production line and ready to party. Quite apart from the styling, performance and overall supercar behaviour, it was conceived by one of the most significant car designers of our era, Gordon Murray. He of Formula 1 fame. The car has to be good after that and by all accounts it is very, very good. 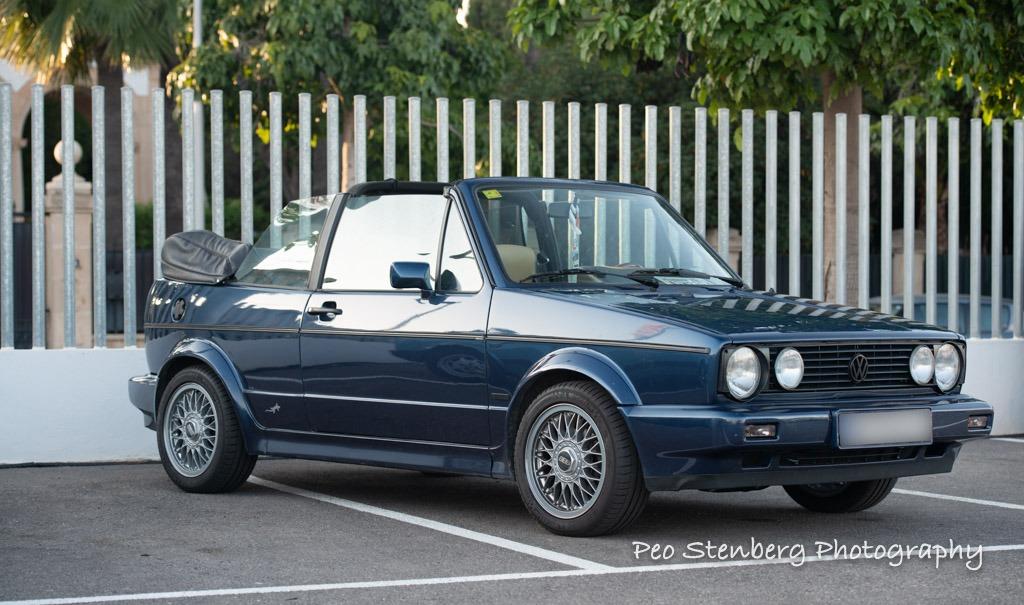 Another great car at the meeting was the VW Golf GTI, actually there were two. They are so desired these days that a friend of ours in London is constantly accosted with offers to buy hers. With 50K immaculate miles on the clock I suggested to her that it may well be a keeper. Incidentally her other car is a 1973 Corvette, petrolheads are everywhere. 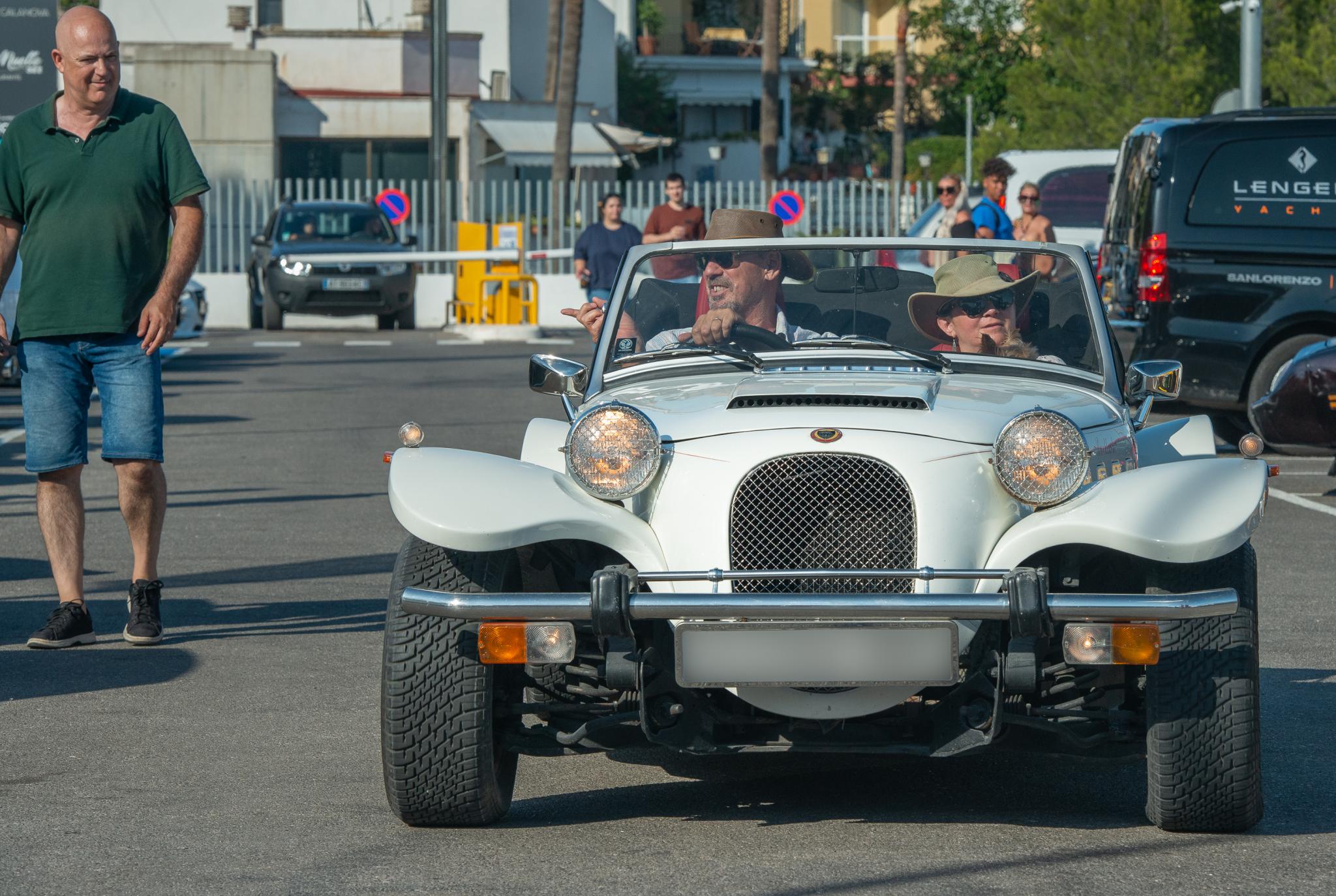 Continuing to the finish on a note of desirability, another car conceived by another man of our era is the Panther Kallista seen on these pages. One of the many fruits of Robert Jankel’s fertile imagination makes for a very nice drive and still looks great as ever. Sadly Robert is no longer with us, gone but not forgotten. Over and out for now, hope to see you next week. 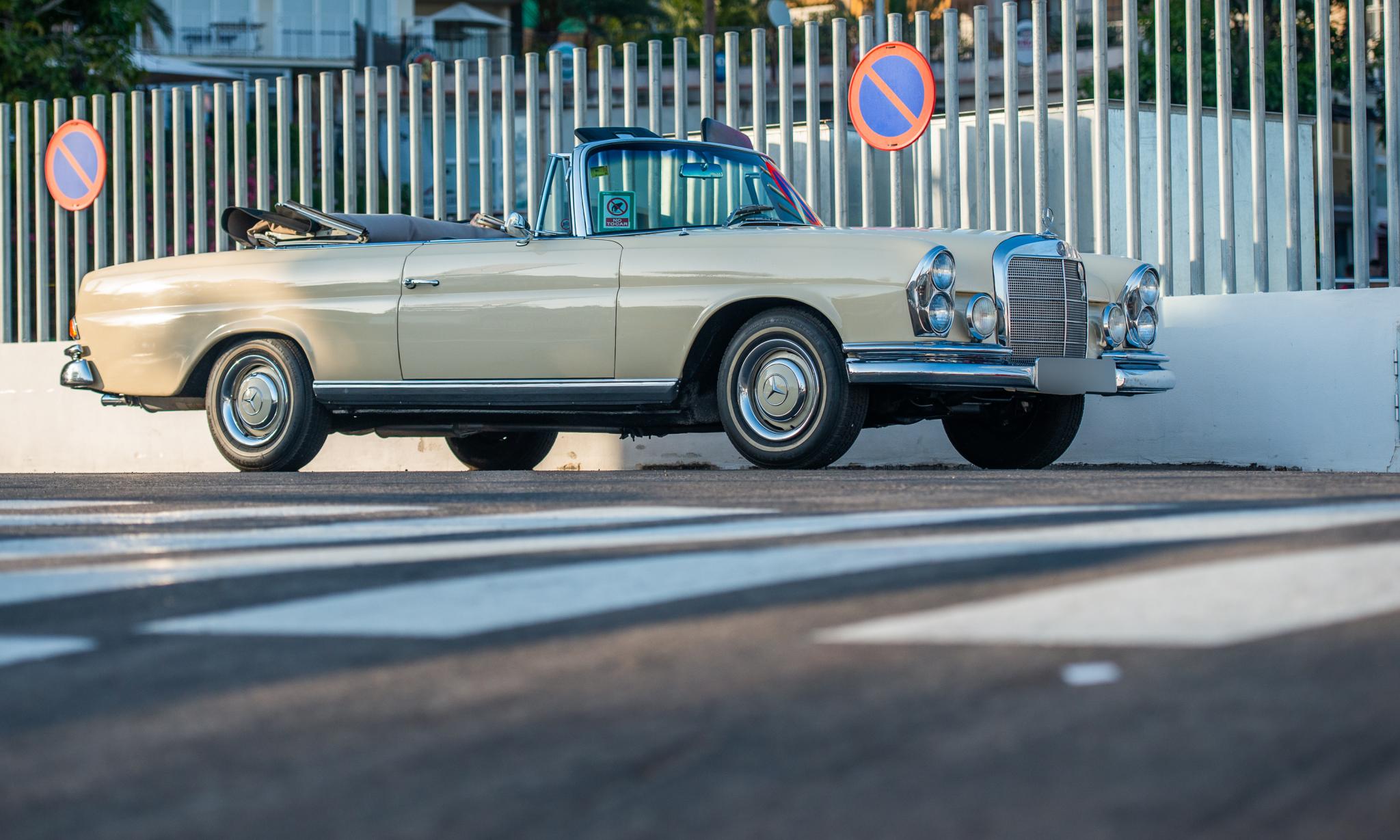