Local News From the North of Majorca

The building of Can Franch in Puerto Pollensa. | Archives

The new normal at Pollensa town hall is indistinguishable from the old normal. In other words, there are full-on political clashes, with Mayor Tomeu Cifre at their centre.
There is to be a new Justice of the Peace. The appointment for this post has normally been a decision of a full council meeting. On this occasion, however, and so opposition parties claim, the appointment had already been made prior to yesterday’s session. Fourteen candidates had been presented, and the choice was Martí Ochogavia, a former councillor and a “close collaborator of the mayor during the last electoral campaign”. He had been “handpicked” by the mayor.

Ochogavia was councillor for services between 2007 and 2011. The opposition parties maintain that this was a period marked by “scandalous management” and “complete indifference” towards procurement law. Furthermore, there was “confusion” regarding work for companies with “family ties”.

Basically, therefore, the mayor has been accused of “amiguismo” (cronyism) and of returning an election favour.

Meanwhile, there is renewed opposition outrage at the exclusion of six properties in Puerto Pollensa from the town hall’s catalogue for protection of “buildings with historical, artistic, architectural and scenic interest”. This long-running row relates to old houses on the paseos Voramar and Colom, which more or less conform to what is commonly referred to as the pinewalk. All from the early part of the last century, they are Ca l’Adroguer, Can Franc, Can Mena, Can Morató, Can Ques and Can Tugores.

Former mayor, Miquel Àngel March of Junts Avançam, says that the Council of Majorca has on two occasions demanded that these buildings are included in the catalogue, which acts as giving them listed status.

The Council is the ultimate arbiter of what constitutes a heritage asset, but it doesn’t have the power to enforce protection unless it has direct responsibility for this protection. The decision therefore lies with the town hall, and decisions to give protection (or not) - as March rightly points out - are influenced by the issue of potential compensation. This refers to compensation to owners who are prevented from redeveloping the properties because of listed status.

This has been a familiar theme, with the town hall arguing that if protection is to be given, then the Council should assume or be granted responsibility. If there are then compensation claims, they would be directed to the Council and not to the town hall. March reckons that there is no justification for excluding the properties from the town hall’s catalogue other than the fear that the town hall would be presented with claims.

For the Alternativa per Pollença, the decision not to list the properties is another step - on behalf of the “right wing” at the town hall - in the “destruction of the personality and beauty” of the port. In condemning the exclusion on social media, the Alternativa appended, as they often do, their critical but also somewhat amusing hashtag #BravoNevado, in reference to the Unió Mollera Pollencina councillor, Andres Nevado.

Away from the town hall, the Arca heritage association has sent a letter to Mayor Cifre calling on him to be “courageous” in giving these properties protection. Arca singles out Can Franc (or Franch), the subject of years of efforts to save it from demolition. For Arca, heritage “does not have a price or an ideology”.

“The fear of compensation should not mean losing” a unique element from the local landscape. 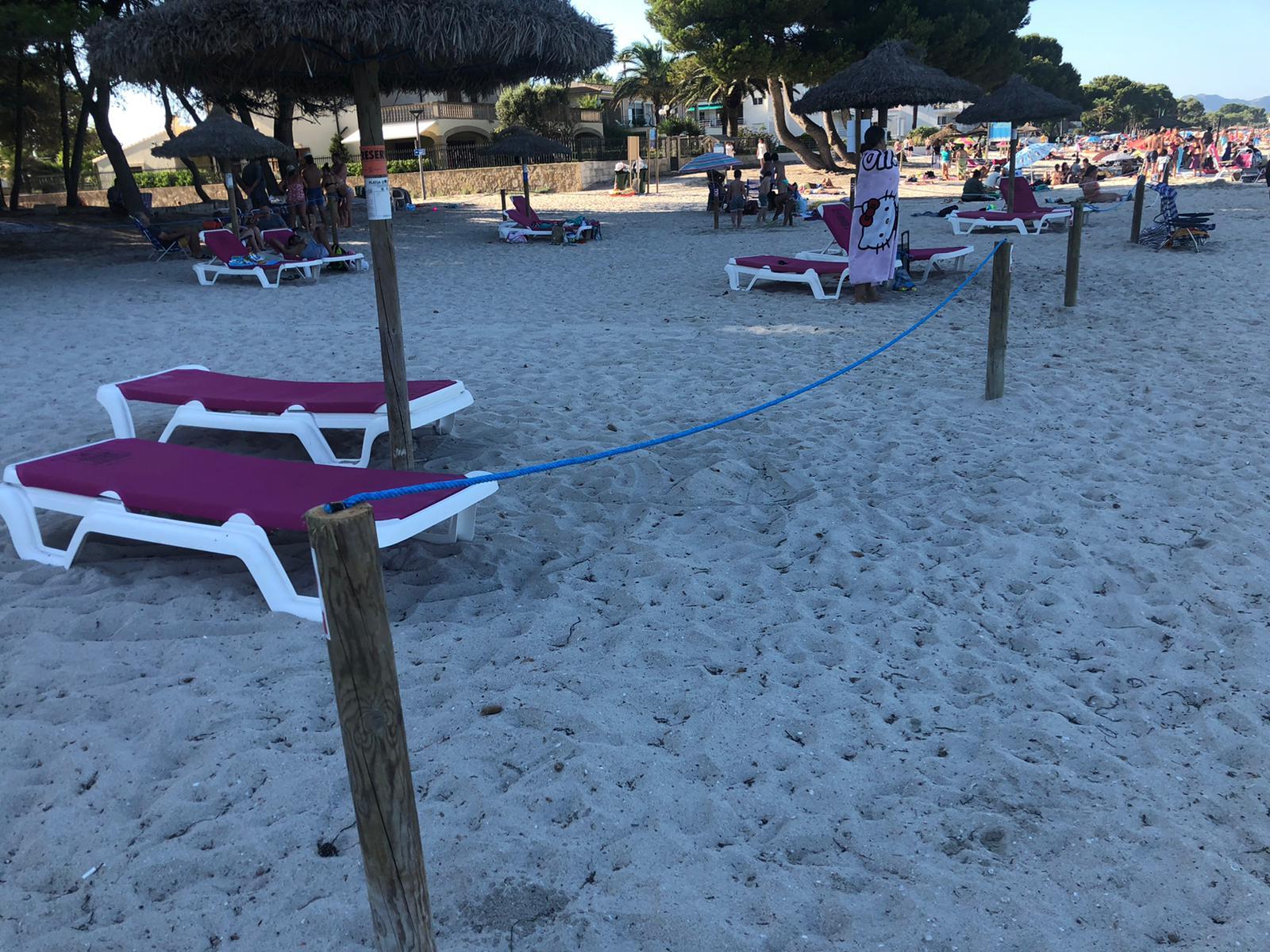 The environmentalists GOB are demanding that the Costas Authority withdraws authorisation for beach services (parasols, sunloungers) in Puerto Pollensa. GOB wants the national ministry for ecological transition, of which the Costas Authority is a department, “to end the systematic breach of the Coasts Law and its regulations regarding authorisation for the occupation of, use of and activities on beaches in the Balearic Islands”.

GOB maintains that beach services can only be granted if they meet various requirements, such as a tender and a scoring system to rate the services being offered. The environmentalists reckon that the Costas Authority can’t in any event call for such tenders as it currently doesn’t have the general speciifications for granting concession. It is therefore, in GOB’s opinion, engaged in a “systematic breach of its own regulations”.

As far as I’m aware, the services have nothing to do with the town hall, which several weeks ago said that there wouldn’t be any. There was, as per usual, criticism of the town hall (and the Costas) because of delays to tendering for the concession, but the town hall argued that the reduced season would not make services viable from a financial point of view. The town hall has to pay 400,000 euros to the Costas in order to have the right to organise beach services, and the town hall’s view was that this outlay wouldn’t be redeemed. It therefore gave up its right, saying that others - were they to wish to - could make a direct approach to the Costas.

Over in Puerto Alcudia, where the beach services are directly managed by the town hall and have been available since early June, there is once again a charge of “privatising” the beach.

Two areas on the beach with sunloungers and parasols have been roped off and can only be accessed by paying for the rental. One-time mayor, Miquel Ramis, has denounced this “privatisation”, claiming that this entails “beaches for the rich, if you can pay for your private plot”.

When the parasols and sunloungers were first being installed, there was a similar accusation of privatisation. The town hall has indeed roped off areas, and it has done so in order to apply and guarantee strict safety protocols. One can understand the accusation up to a point, as beaches are - in principle - public domain and accessible to everyone. However, these are exceptional times, and the town hall has adopted a policy with people’s safety in mind. Making a fuss about allocating two areas of the beach is somewhat over the top. It’s not as if the beach is exactly tiny. There’s plenty of room for beachgoers.

In Can Picafort and Son Bauló, there are, after all, going to be beach services. Rather like Pollensa, Santa Margalida town hall had been concerned about the financial viability, though in its case this had to do with what the concession holder would pay and the number of sunloungers and parasols which could be installed. Finally, it has been agreed that there will be no more than 30% of what would normally be provided. For Can Picafort, the payment for the whole season would typically be as high as half a million euros; this has been cut to 96,000 euros.

Finally on beaches, I’m wondering why so much attention is being paid to their being “closed” because capacities have been reached. Last weekend, this applied to Alcanada, Sant Joan and Sant Pere beaches in Mal Pas and to Cala Molins in Cala Sant Vicenç. None of these beaches are vast. Reaching their limits, as determined by the “new normal”, seems perfectly normal and barely worthy of mention. 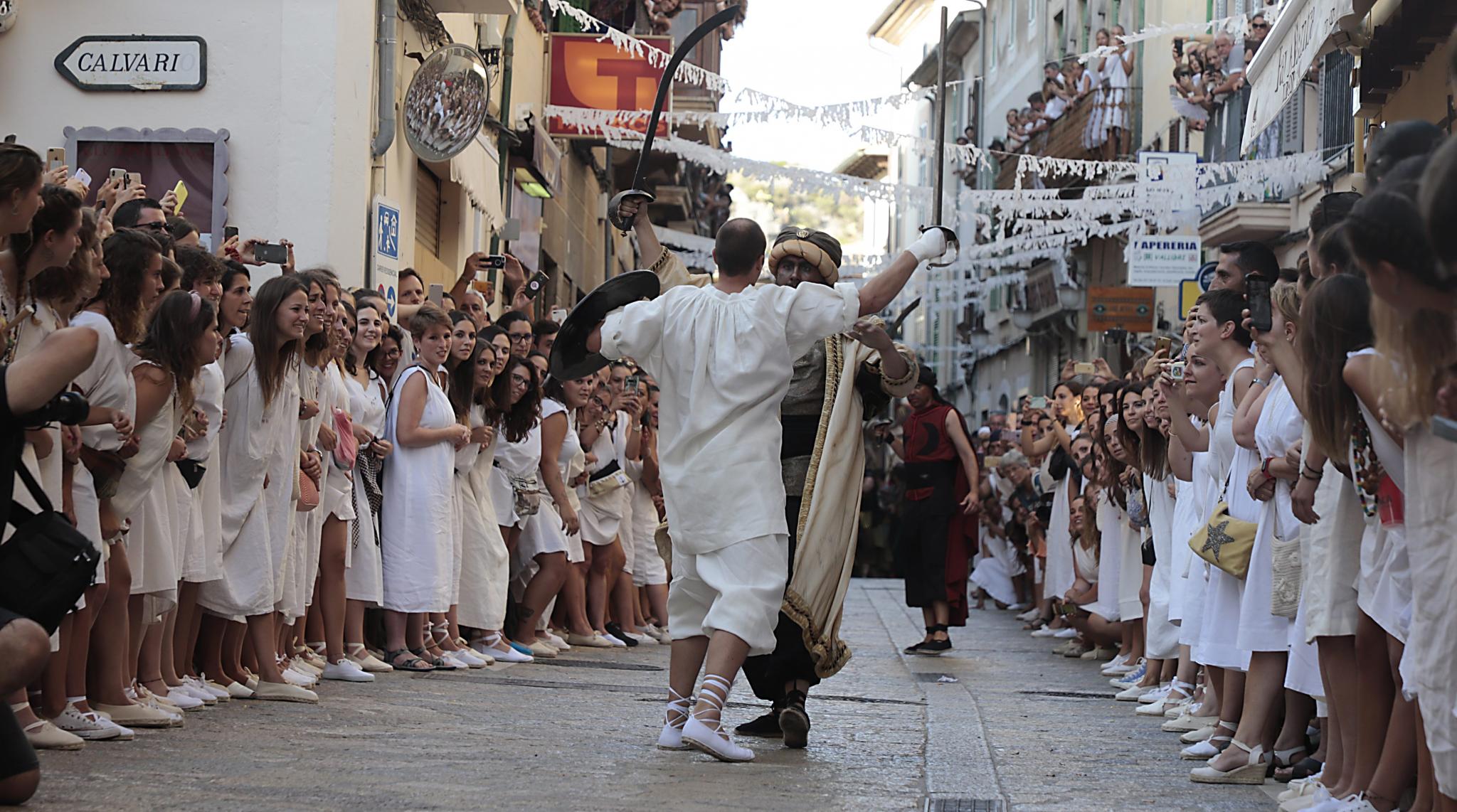 What’s on in the North

We are all aware that the fiestas have been badly affected this summer. Nevertheless, the programmes make for sad reading. La Patrona in Pollensa, one of the summer’s highlights for the whole island, is starting. There are no Moors and Christians (we knew this several weeks ago), no night parties, including the celebrated White Party, and not even the Alborada.

Sunday, 26 July
· 14.00: Ringing of bells and hanging of banners. 20.00: Inauguration of the exhibition of images of the Moors and Christians battle on balconies and doorways on Carrer Major. 22.00: Opening address, followed by concert by the Pollensa Band of Music. Sant Domingo Cloister.