My other half Jane will be very pleased with the theme of this week’s car feature. She thinks I’ve been writing about American cars too much recently. I guess that’s true to an extent, they’ve crept in just about everywhere. The temptation is to mention them wherever possible. You can’t blame me, I’m a classic American car fanatic after all. There, that’s the confession over with.

Now moving on to the subject matter. The inspiration comes from Gaston’s photos and the motivation from Jane. A little bit like being propelled. When most of us think of British sports cars, the first name which springs to mind is MG. The name originates from the Oxfordshire car dealer and service centre called Morris Garages owned by William Morris in the 1920s. The manager, a chap called Cecil Kimber, started to modify Morris Oxfords which he labelled MG Super Sports. And so MG was born. 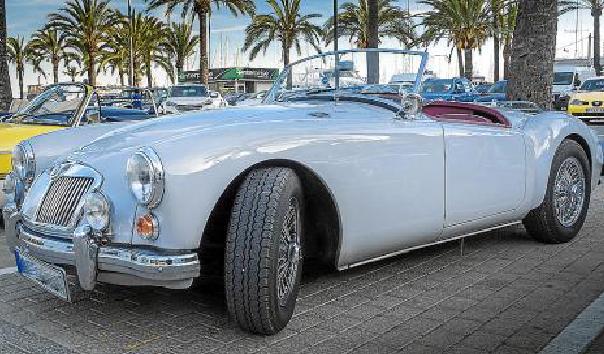 After decades of success, taking MG worldwide from the 1920s right through to 2005, the company folded just as its quickest, most exciting and least well made car, the MG XPower SV-R was about to hit the streets. On an Italian chassis with a British Kevlar body and powered by an American Ford V8. Had to get that in somewhere. Only about 80 of the Peter Stevens (he styled the McLaren F1) designed supercars were made. The length of the name probably didn’t help. Sadly today the MG badge is nailed to a range of Chinese mid range cars distinguished by their lack of distinction. Which is a great shame because the MG brand undoubtedly represents the entire genre of mid size sports cars.

Possibly the classic model which defines that genre most accurately is the MGB, especially in British Racing Green, as in a photo somewhere here. It holds the honour of inspiring the world’s best selling sports car, the Mazda MX5/Miata. Basically a modern MGB, a pity it’s not made by a British car manufacturer.

Of course cars are still made in Britain, Jaguar for example. The E-Type recognisable in an instant and some say the most beautiful car ever made. However Jaguar these days is in the hands of Tata, an Indian owned industrial giant. Aston Martin is another quintessential British sports car, as is Triumph, Lotus and Austin Healey to name just a few we have on these pages.

This week we’ve dug into the archives once more to bring you some of these classic car icons. By the way the photos are all pre covid, from last summer at The Boat House. I mention that just in case you wondered why everyone is breaking the rules and not wearing face masks. With luck we hope to be able to go back to meeting up face to face soon. Not wearing masks may be somewhat further in the future. In the meantime stay safe and hope to see you next week.