The legacy of Natacha Rambova in Mallorca

Josep Costa i Ferrer, aka Don Pep and also Picarol, founded Cala d’Or. It was 1932 when, as he was to later write, “after a couple of hours going up and down, across potholes and more potholes and when we had passed through Es Carritxó, S’Horta and Calonge, we went the wrong way to Cala Llonga”.

“There was a barrier of almonds, so we left the cart and followed a path among mastics and wild bushes. We eventually found Rito’s little house - the only and happy mortal in this paradise. At every step I was surprised by the panoramas and the beauty; I was already glimpsing what might be tomorrow. Ses Puntetes. Cala d’Or!”

Don Pep was a famed caricaturist. Originally from Ibiza, he was educated in Majorca and moved to Barcelona, where he acquired the pseudonym Picarol. A friend of Picasso and some of the Catalan painters who had come to Majorca - Santiago Russinyol in particular - he wrote the first modern tourist guide of Majorca in 1929; it was in Spanish, French and English. A romantic, he also had a good business brain, which was how he came to found Cala d’Or, surrounding himself with architects who were to realise the idea for a whole development. 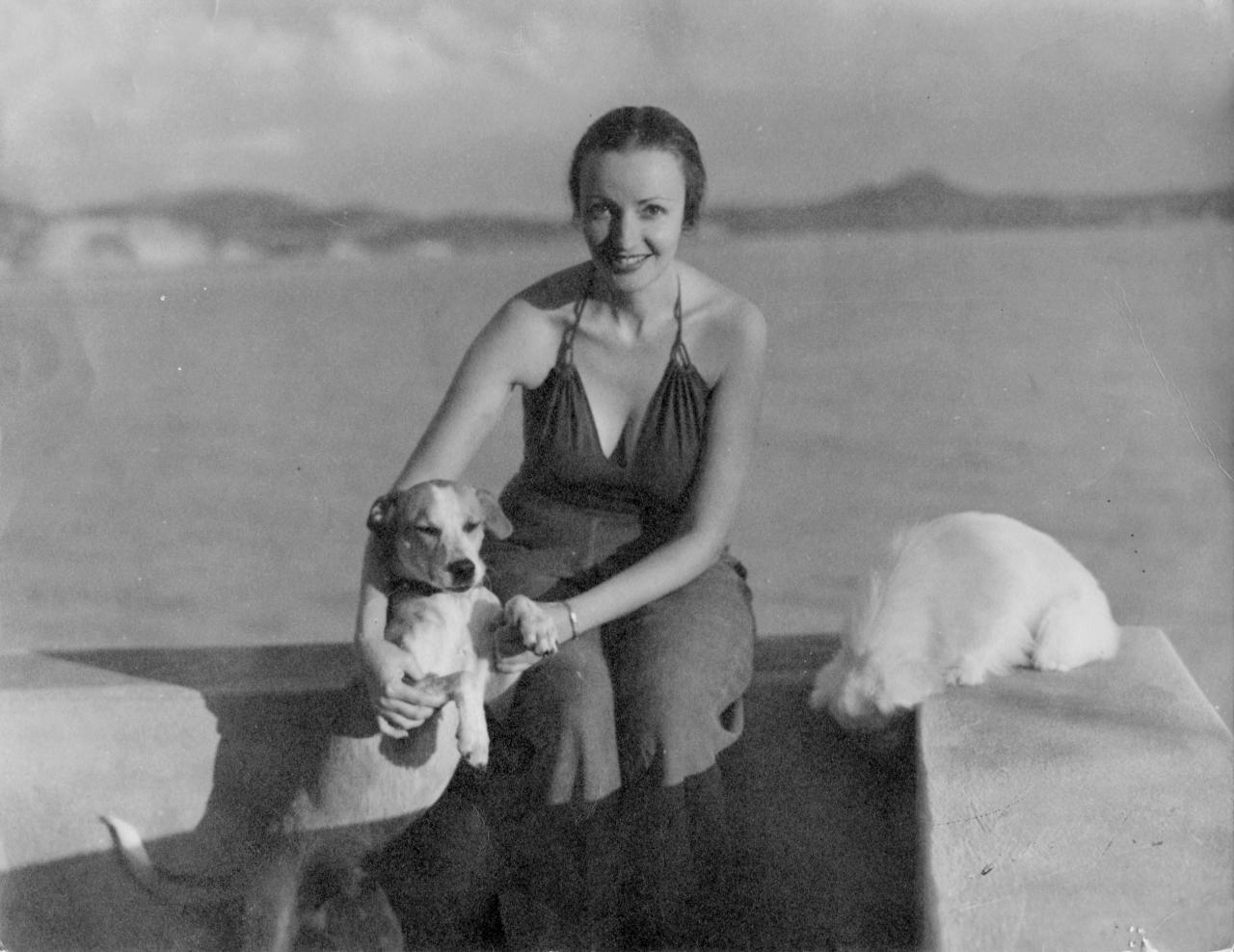 This was at a time when there were other coastal developments, most of which were inspired by the garden city movement, but Don Pep’s had its own unique concept, one that appealed to other artists and those of an artistic bent. When he decided to buy land in Cala Llonga, Cala Gran and Caló de ses Dones, he gathered together a group of friends. These were mostly artists, such as Hermen Anglada Camarasa, and they were sold the idea of investing in a model development of houses and a hotel in an Ibizan style.

In addition to the artists was an American costume designer. Originally known as Winifred Shaughnessy, she was also a ballerina and was persuaded to change her name to one that sounded more suited to the world of ballet. She therefore became Natacha Rambova, the suggestion of her then teacher and lover, the Russian ballet dancer and choreographer, Fyodor Mikhailovich Kozlov, who in Hollywood circles was known as Theodore Kosloff.

Hollywood was to prove to be the key as to why Natacha Rambova is remembered in Majorca. Her fling with Kosloff lasted only briefly, she having moved to Los Angeles at the age of 19 (she had been born in 1897). Soon afterwards, she became acquainted with one Rudolph Valentino. Turning away from ballet, she became established as a Hollywood costume designer and in 1923 she married Valentino. Not that this wasn’t without some difficulty. They had actually married in 1922 in Mexico, but the problem was that Valentino was already married. He was jailed for bigamy but soon released. They legally married in Indiana in 1923.

A documentary film, ‘Behind the Shadow of Natacha Rambova’, was released last year. The director, art historian and critic Georgina Sas, has said of her subject that she shaped Valentino’s image, his wardrobe, his style. It was Natacha who created the first male sex symbol.

The marriage lasted only two years. Although credited with having crafted Valentino’s image, she was felt to have had too much control and was blamed for box-office flops. She was disparaged by being referred to as Mrs. Valentino rather than being recognised in her own right.

After Valentino died in 1926, she moved to New York and eventually to Majorca. In 1932, she met Álvaro de Urzáiz. They married and set up a business restoring villas for tourists. It’s quite possible to argue that Natacha was partly responsible for the first ever tourist villa agency.

The couple lived variously in El Terreno, Paguera and Genova, where they organised tourist visits to the caves. Georgina Sas has described their parties as having been “legendary”. But whatever happy times she had on the island, these were to come to an abrupt and awful halt. She witnessed the corpses in Porto Cristo, the executions after the Republican landing under Captain Bayo. Álvaro de Urzáiz joined the fascists. She left him and fled to France, her attitude to events (unverified) encapsulated by her having reproached the Bishop of Majorca for the massacres. 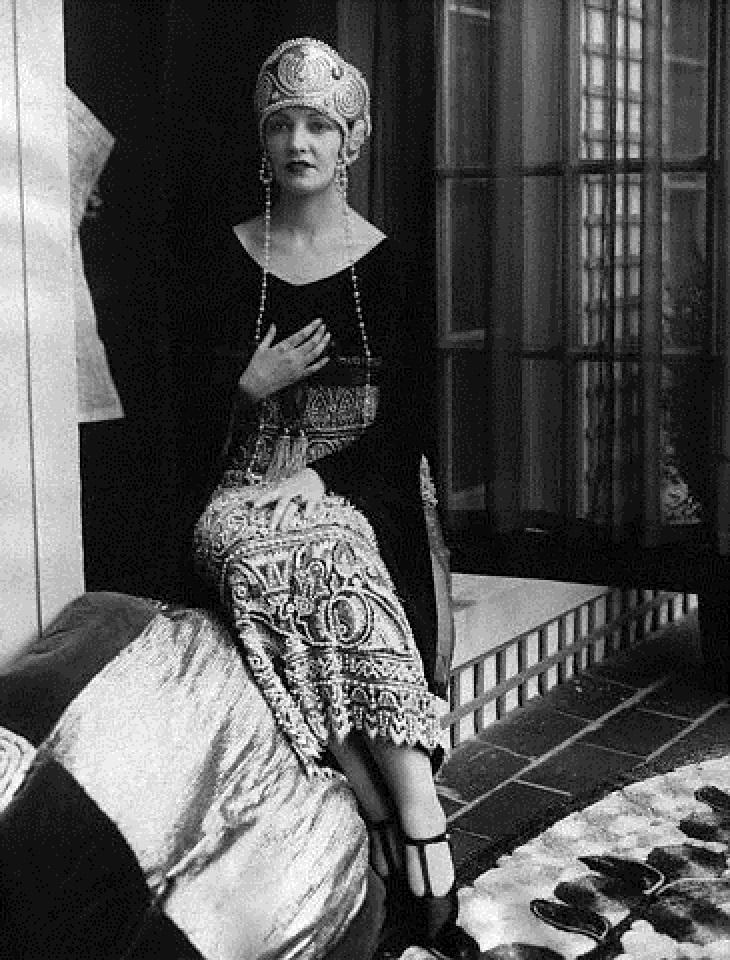 Her life was to take a wholly different turn when she returned to the States and became a leading Egyptologist, but she had left behind a legacy in Majorca which, to this day, is remembered because of, for example, her having been a sponsor of Don Pep’s Cala d’Or creation. But there is something else. It has been a hypothesis for many years, but there is strong evidence to suggest that Natacha Rambova was a British spy. She knew Alan Hillgarth, Churchill’s man. She moved in the right circles. She had her own car. A Hillgarth informant she may well have been.

During her time in Hollywood, a newspaper wrote about a film screening: “Natacha Rambova (Mrs. Rudolph Valentino). So much has been written about this remarkable lady, who won and lost the heart of the great Valentino, that everyone wants to see her. Tonight is your opportunity to do so.”

A remarkable lady indeed, and there is an opportunity to see the documentary via Filmin from November 27 and December 8, as it features at the Dart Festival Barcelona.