When a beach becomes too successful

In late summer 2009 there was a protest. | Archive

Many a long year ago, 1929 to be exact, Muro town hall took possession of some 885 hectares of the Son Sant Martí estate. Included in its communal land was a space by the beach. One version of the story goes that there was a solitary hut in this space; another that there were several. However many there were, it is accurate to say that, prior to the town hall having acquired the land, they were used by members of the church to enjoy in summer.

The space was therefore to become known as Ses Casetes des Capellans - the small houses of the priests (or chaplains).

The space and the huts were to be for the ordinary folk of Muro. More appeared, and they were initially very rudimentary summerhouses constructed with reed, straw, adobe sun-dried bricks and lime. In the mid-1950s, the town hall ordered that they had to be built with stone and have uralite roofs. Families from Muro acquired rights to what now became small cottages. The annual price for these rights reflected the fact that Capellans and its cottages were for ordinary people. At the time of the change from the peseta to the euro in 1999, it was 30,000 pesetas - 180 euros.

There were, therefore, purpose-built small summerhouses that served a stretch of beach that was otherwise backed solely by dunes and forest. To one side of Capellans, Can Picafort started to grow in the 1960s. To the other side there was the forest. Some distance away, the first buildings near to the exit of the Grand Canal of Albufera began to also emerge in the ‘60s.

Capellans was a space to which few people paid a great deal of attention. It was nevertheless an idyllic place for the people of Muro in summer and always somewhat chaotic in terms of planning regulations. The town hall didn’t used to be particularly bothered, and this suited the residents fine. But there were to be developments that changed all this. One was physical development.

Houses were being constructed that expanded Capellans into the forest, the original space having been what was in effect a square surrounded by cottages and which came to double as a car park.

A second was the intervention of the Costas Authority and its application of the 1988 Coasts Law. Under this, the cottages were threatened by demolition due to the fact that they occupied what the law determined was public maritime domain. In late summer 2009 there was a protest, an event which confirmed to me just how much Capellans was a place for the ordinary folk of Muro. There was to eventually be relief from the Costas threat, but the controversy which had been generated had ensured that there was far greater awareness of Capellans than had been the case.

The third development owed more or less everything to the internet. Playa de Muro’s beach, always of an excellent standard, began to receive increasing online interest. One stretch of the beach was Es Comú, a part of which is also referred to as Capellans beach. Essentially, Es Comú is the beach between where the hotels of Alcudia Pins end and Can Picafort starts - unspoiled beach with dunes and forest.

The authorities - the Balearic government and the Council of Majorca - were perhaps unwitting contributors to what happened. Official websites were highlighting unspoiled beaches. Es Comú wasn’t alone in this regard. Then came social media. What had been a manageable situation in summer ceased to be. Capellans was being overwhelmed, not least because of its car parking. The whole area was being overwhelmed. Cars were parked along the main road, the problem being that there was so little parking availability.
In late 2015, Muro town hall decided to introduce an ACIRE system.

In other words, it was restricted access, intended just for the residents of Capellans. The system started in summer 2016 and created some order, but only some, as the ACIRE applied principally to the “streets” (of sand), which had to be named in order that it could be applied. A private security firm, paid for by the town hall, was eventually taken on, but even this wasn’t wholly a solution. The guards had no power to fine drivers for breaches. Only the police could do this, and Muro’s police force - not huge by any means - had its hands full because of all the other requirements of summer.

In July 2018, Muro’s neighbour, Santa Margalida, provided assistance when the town hall opened a new car park for 250-plus vehicles next to the library in Can Picafort, only a short walk from Capellans. But even this proved to be of limited value. The “saturation” just got ever greater.

As more and more people descended on Capellans in the summer, there was a perceptible shift in its character. It became fashionable, and bars responded with music, DJs, sunset events. There was also a shift in the Capellans demographic. While tourists had been attracted to the beach in ever-increasing numbers, the saturation of Capellans had owed more to island residents. But it wasn’t just the beach that was now the attraction. So were the little houses. Holiday rental had become a factor, despite this being a contravention of the town hall’s terms of the rights to the properties.

The town hall said earlier this week that it is considering the elimination of the car park. It can accommodate some eighty vehicles, but the town hall wants to do this in order to create a “more sustainable offer”. The three bars/restaurants have been notified, and the mayor, Antoni Serra, says that they “endorse” a more environmental approach and they are also evaluating a town hall request to focus on gastronomy and not on the DJs and the “chill-out”.

The car park, the town hall is indicating, will become a sports and games area. But eliminating the car park clearly isn’t going to help with what has become such a major problem with parking in recent years. Serra accepts that there is no alternative place for a car park, but the town hall’s plan may just be an attempt to shake other authorities - the Council of Mallorca in particular - into action. The mayor adds that “we’ve been asking for an alternative for years, and they refuse it”.

In fact, five years ago, Mercedes Garrido, then the councillor for infrastructure at the Council of Mallorca, spoke about ways of alleviating the traffic pressure on certain beaches - Es Comú/Capellans was one of them. Park and ride was one of these ways, but while this can operate elsewhere, it has never looked like a solution in Playa de Muro. Where could cars park in order for people to then ride? There isn’t anywhere within Playa de Muro itself. The industrial estate next to the Es Murterar power station might be a possibility. Otherwise, I’m scratching my head, and when Garrido raised the idea, there were many others doing exactly the same thing.

If the town hall is adopting a tactic to get something done, this will probably backfire.
The parking problem won’t go away, it will just get greater. Institutions decrying saturation is all very well, but this neglects the fact that there are beaches to which people are drawn because they are superb. It also ignores the institutional role played in having promoted them in the first place.

Once upon a time, little attention was paid to Capellans. This most certainly isn’t the case now.

The Kings do it in some style

It wasn’t the same; of course it wasn’t. The Kings parade in Alcudia is typically a grand affair. Arrival by boat, the cavalcade in the port, the stop at the church, and then on to the town and ultimately the waving from the town hall balcony prior to the distribution of gifts. The 2021 alternative was a motorised parade around the municipality. 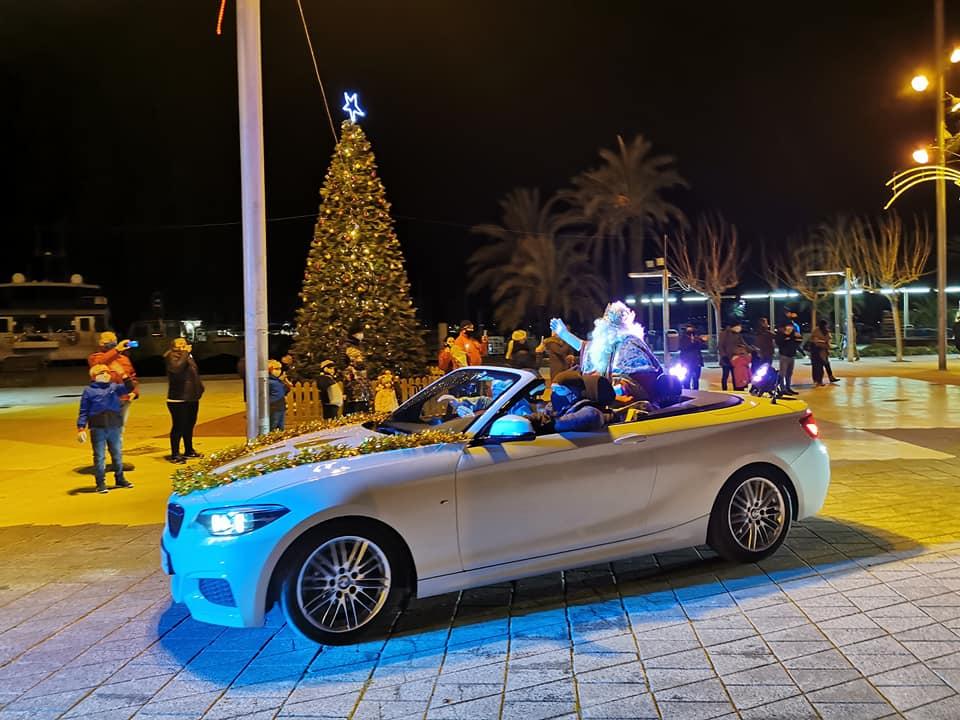 Police sirens blaring and competing with the music, the Kings passed by in their limousines, a great contrast to the usual horses. They had a lot to pack in. Alcudia is quite a big place for Three Kings and a police escort to cover. The passing-by was quick, but it was the effort and the thought that mattered.