The saintly years of Mallorca

The Saint Peterfiestas in Alaró. | Redacción

It isn’t obligatory that a fiesta or fair requires the celebration of a saint, but it certainly helps. All villages and towns in Mallorca have their patron saints, who are typically the excuse for the annual revelries. But being a patron isn’t mandatory either. There are some saints whose celebrations are far from confined to municipal borders.

Saint Peter the Fisherman is naturally going to be important to an island people and to their fishing industry, though he doesn’t only feature in fiestas by the coast. There are no beaches in either Buger or Esporles, but there most definitely are in Colonia Sant Pere, Puerto Alcudia, Puerto Pollensa and Puerto Soller. Of these, the Alcudia and Soller fiestas are the most lavish, with demons and fireworks to the fore and flotillas with the image of the saint in Alcudia and Colonia. In Colonia Sant Pere, Puerto Alcudia and Puerto Soller there are night parties for these fiestas at the end of June. 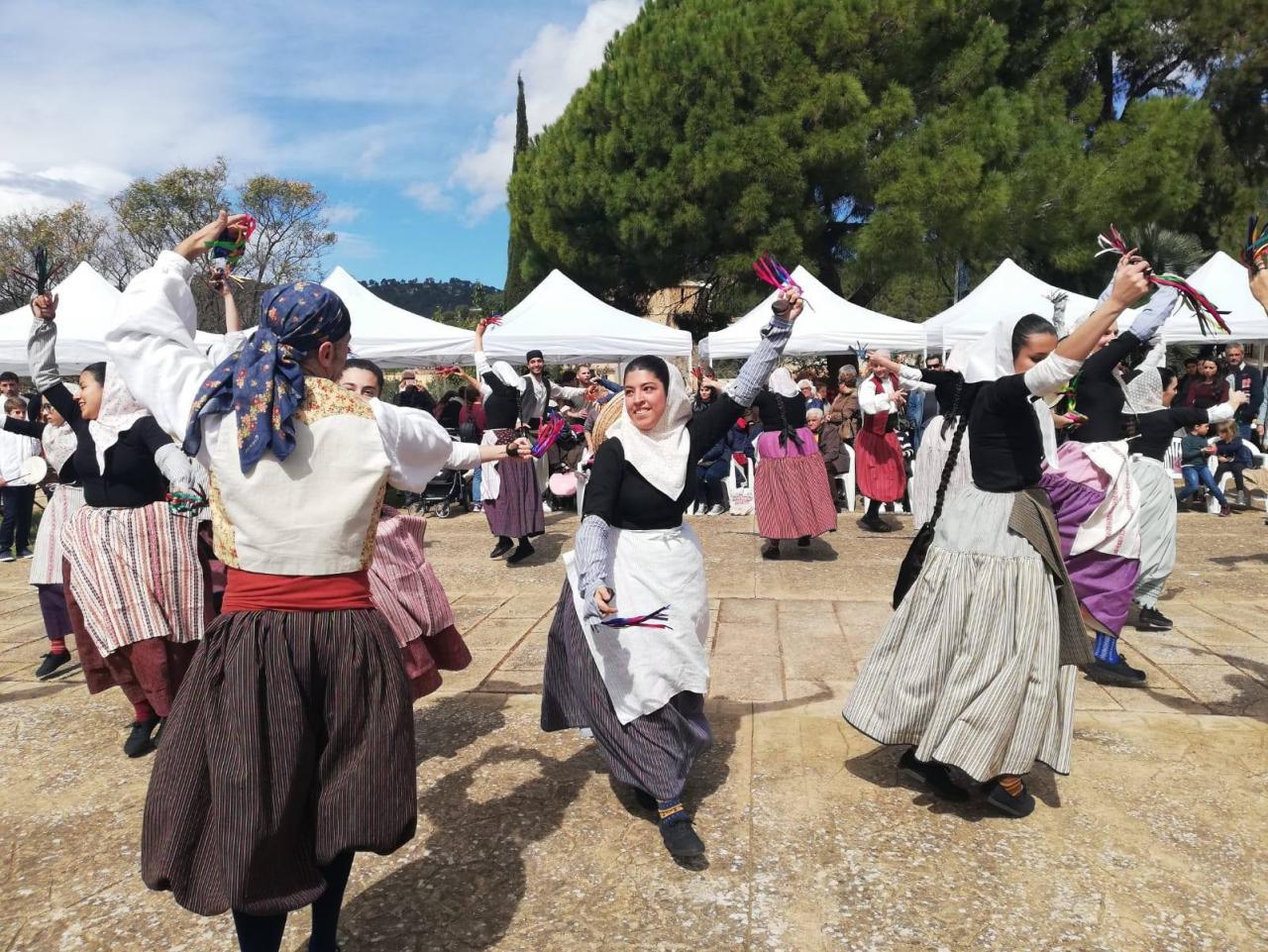 He will be an obscure saint to many but not in Mallorca. Roc, alternatively Roch, Rocco or even Rock, is generally believed to be fictitious. He was supposedly around in the fourteenth century, but the most likely explanation for him is that he was made up and based on a much earlier saint, Racus. Still, this hasn’t prevented from assuming a significant role in the August fiesta scene.

There is nowhere more devoted to Roc than the village of Porreres. This is due to the fact that Roc, according to old parish documents, intervened in a plague that the village was enduring in the mid-seventeenth century. The fiestas in Porreres for his feast day of 16 August are among the most action-packed of any. They start with the firing of rockets at eleven in the morning and last until around six the next morning when there is a sub-fiesta, Sant Roquet, and the consuming of a giant ensaimada. Other places where he is celebrated would probably have had the odd plague at some point, though it’s not clear whether Roc spun any miracles elsewhere. 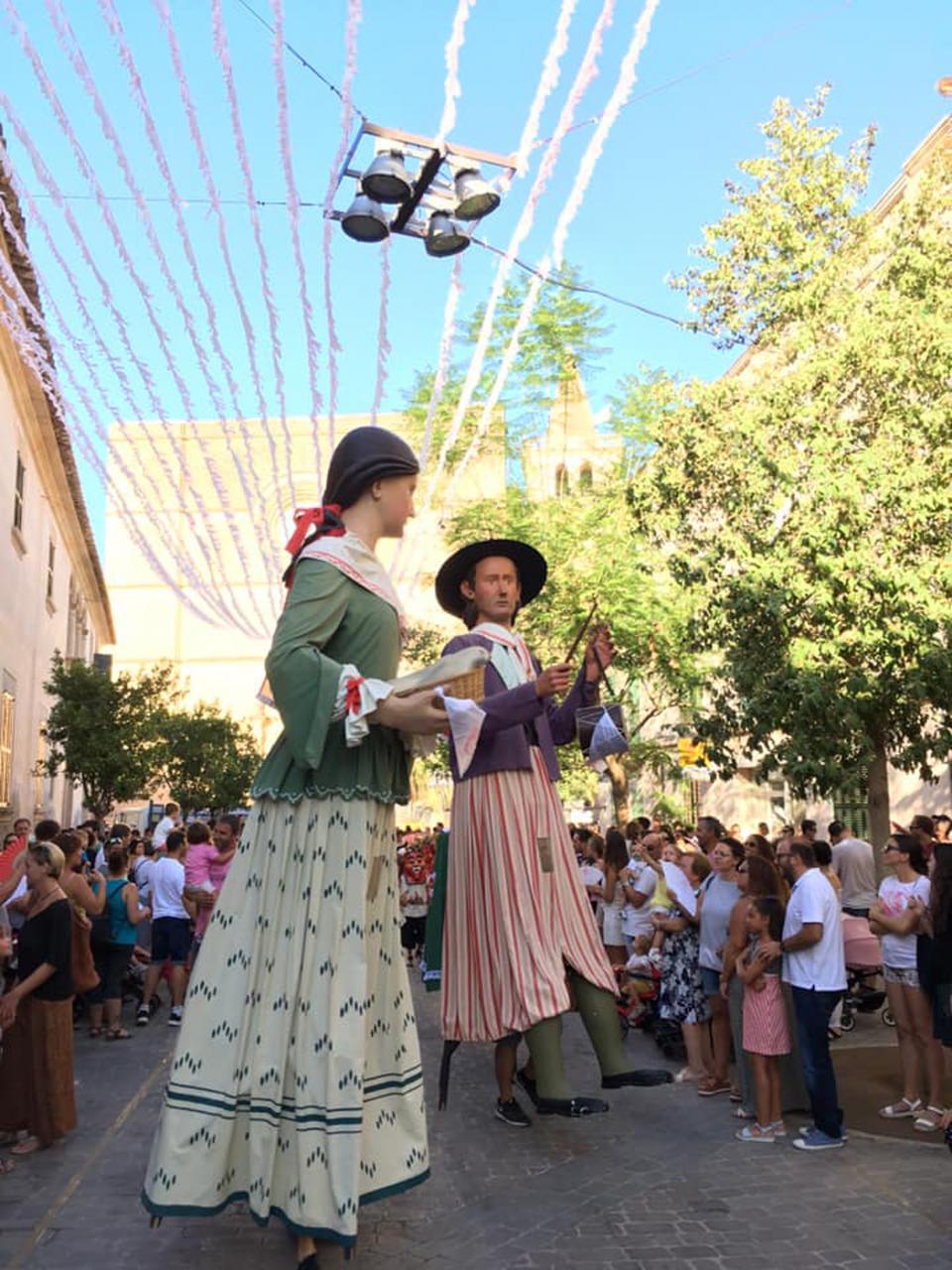 When it comes to miracles and the elimination of plague, Roc has to step aside and give centre stage to Saint Sebastian. One of the martyrs to have got on the wrong side of the Emperor Diocletian, Sebastian’s association with Palma predated the miracle that a bone of his was to produce in 1523. His feast day of 20 January was certainly being celebrated at the Cathedral in the previous century. But it was to be the arrival of the bone, brought by archdeacon Manuel Suriavisqui from San Juan de Colachi in Rhodes, that was to result in Sebastian eventually becoming Palma’s patron saint. Palma had been saved from the plague, and there was also the story of the intention to take the bone back to Rhodes. Every time that the archdeacon was about to set sail, there would be a violent storm. It was quite clearly a sign. The bone stayed, and the sea was flat calm as the archdeacon waved goodbye.

The fiestas for Sebastian in January combine with those of Antoni in making January one of the most remarkable months of all in Mallorca. In the middle of winter, the island parties like at no other time. Palma rocks to the music in numerous squares, demons go crazy, and the fiestas spill over into other parts of the island, meaning more bonfires everywhere. Summer is fiesta time in Mallorca, but so also and most definitely is winter.