The Mallorcan who invented arrocerías

An arrocería is a restaurant that specialises in Spanish rice recipes, although it also serves other dishes well known to lovers of Spanish regional cooking. It’s a relatively new word — it didn’t appear until the early 1990s — and it’s probably not in your Spanish-English dictionary unless it was published very recently.

It’s not in my Oxford Spanish Dictionary (1994) and the Spanish-English dictionary in my laptop doesn’t have it, although the laptop’s Spanish dictionary defines it. Lexicographers the world over are famous for working much more slowly than the rest of us and most of them have yet to catch up with arrocería.

The word arrocería was coined by Cosme Mayol, a Mallorcan who had the idea of opening a restaurant in Madrid in which the main specialities were based on Spanish rice dishes.
Mayol was in the restaurant business in Palma in the late 1980s and his main achievement was to open a restaurant called Ulises at the start of the Paseo Marítimo.

It was an up-market place with prices to match and although it was very much the talk of the town it didn’t click with the public — mainly, I think, because it was a bit ahead of its time.

Mayol later went to try his luck in Madrid and it was there he had the idea for a restaurant specialising in Spain’s best rice dishes, including several that were little known outside of Valencia and Alicante, as well as other memorable rice dishes from different parts of the country.

When Mayol started to think of a name for his new restaurant, he was looking for something very much associated with Mallorca but also familiar to those who had never been to the island.

He eventually decided to call it Formentor, known the world over for its fabulous hotel which has been in the news these days because it will soon be razed and completely rebuilt to a contemporary design.

But Mayol didn’t want to call his new place Restaurante Formentor. As he had thought up a new concept for the restaurant business, he also wanted a new name to go with it. As his restaurant would be specialising in rice, he played around with the word ‘arroz’ (Spanish for rice) and eventually thought of the word ‘arrocería’, ‘ería’ being a common suffix for Spanish nouns — think of ‘pastelería’, ‘pescadería’ or ‘joyería’.

Spanish already had the word ‘arrocero’, a noun for someone who grows rice, or an adjective meaning ‘having to do with rice’. But ‘arrocería’ didn’t exist, so when he called his restaurant an ‘arrocería’, Mayol had coined a new word.

There are always plenty of people in Mallorca with money to invest but very few worthwhile ideas, and some of them soon realised the potential of the arrocería.

Mallorcans are real experts at identifying a bandwagon as soon as it leaves the depot, and several arrocerías soon opened in Palma — but with the Mallorquín spelling of ‘arrossería’ .

I caused a bit of a to-do in the Mayol family in 1998 — but without realising it at the time. In a rave review of the Chopin restaurant in central Palma, I praised everything including the service, which I seldom mention because I attach little importance to it. 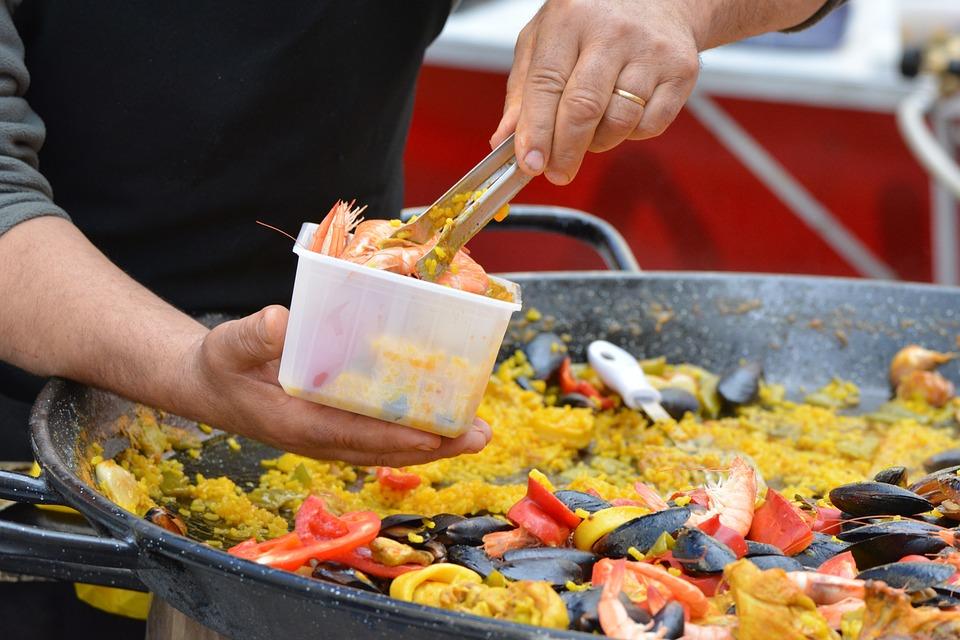 But in this case the service was awarded top marks except for one young and pretty waitress who “should show a bit more interest in her work”. That was all I wrote about her, and I didn’t even mention she was young and pretty. It was the only slightly negative comment on a most memorable meal.

At that time the restaurant review was also appearing in Ultima Hora, which was on sale at some newsstands in central Madrid. Mayol bought Ultima Hora every day, saw that review and instantly recognised the uninterested waitress as his daughter (which I didn’t know at the time).

An Ultima Hora photographer, a friend of Mayol’s, many years later told me the inventor of the arrocería immediately got on the phone to his daughter and bawled her out for not doing her job properly. Talk about the long arm of the Press.

Valencia is Spain’s great rice-growing area and there are plenty of restaurants there and in nearby Alicante that specialise in different types of paella and other traditional rice dishes.
When Cosme Mayol opened Arrocería Formentor in Madrid with a menu crammed with rice dishes, he wasn’t the first restaurateur to give rice a starring role. But by calling it Arrocería Formentor he was the first to think of a word for this kind of eaterie.

It comes as no surprise that Spain has restaurants that specialise in rice cuisine, because Spanish cooks have invented some of the world’s best rice dishes. Paella is just one of many.

Paella is Spain’s best known dish and because of that many foreigners (and even some Spaniards) think Spanish rice is grown only in Valencia. But that is not the case. Rice is also cultivated in Murcia where the Calasparra variety has Denominación de Origen status, which guarantees its authenticity.

At the supermarket of El Corte Inglés you will also find varieties from the Ebro Valley that are worth trying. And Mallorca has its own rice, grown in the Albufera area of Sa Pobla. It is commonly known as ‘arròs de sa Pobla’ or ‘arròs pobler’.

But in Valencia and Alicante they grow and eat more rice than in other parts of the country, so that is where you find some of Spain’s best rice dishes. There are rice recipes in this area that are quite unknown outside of the towns where they were first made.

Some visitors to Spain, who eat only the popular ‘mixed paella’ containing poultry, pork, plus fish and shellfish such as gambas, squid and mussels in their shells, don’t realise that variety is the keynote to Spanish rice cuisine.

Traditional dishes can come in soup form, as in ‘arroz marinera’, or they can have a good deal less liquid, such as in Mallorca’s ‘arròs brut’. Some dishes are done in terracotta cazuelas that are started on the cooker before being finished off in the oven. 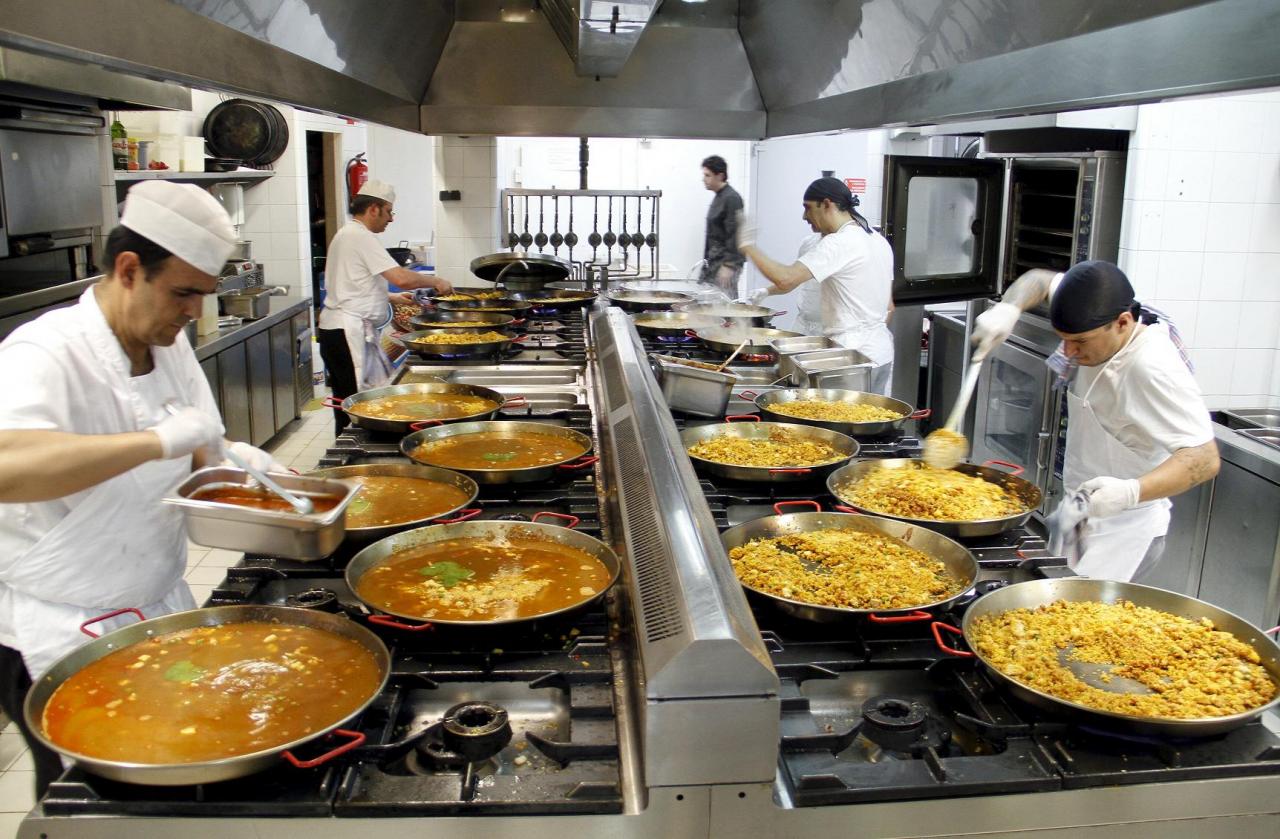 One of the good things about Mayol’s invention of the arrocería is that it introduces a lot of visitors, as well as many Spaniards, to the marvels of Spanish rice cuisine as well as variations on the paella theme.

And many foreigners think that any Spanish rice dish is called a paella.