May is a special time of the year on Mallorca for the birdwatcher and nature lover alike. Orchids will be at their best and butterflies will be on the wing, but it is the birds that gather the most interest. Sadly, for the second year in a row, I have been unable to spend migration time on Mallorca, but for those few that are here along with the resident birders, there is the pick of the migration bunch to choose from. In the UK, the Swallow signifies summer for me, but on Mallorca, the ‘bubbling’ call of the Bee Eaters tell me that summer is definitely here.

Let us go back slightly to April when migration starts, before rolling nicely into May itself. Some winter visitors are usually lingering on, but soon the spring migrants start to pour in with warblers being especially present. But specialities will also be making an appearance such as the Montagu’s Harrier which can occasionally be seen over the central plains and sometimes up north quartering the fields near to Can Picafort.

The Black-eared Wheatear is a great bird to see, and I recall my first ever near to the helipad at Cuber Reservoir one May. Wood Sandpiper and Garganey are two great birds to look out for, and the Albufera Marsh is the best migration site for these (personally I find the CIM hide the best one to see them from).

The Sub-alpine Warbler will be making its way through and the recently split Moltoni’s Sub-alpine Warbler now breeds at Cuber Reservoir and a site down in the south too. The Purple Heron will have arrived by now and be sharing the marshes with other herons and hirundines, and swifts will be well settled.

House Martin and Swallow I have seen as early as January, and the Common Swifts which are a familiar sight over the towns and villages giving off thier ‘screeching’ calls are sharing the island with the Pallid Swift which can be seen along the cliffs especially near to Cap de Formentor, whereas at least four pairs of the larger Alpine Swifts can be seen breeding around Castle de Santuri near Felanitx. 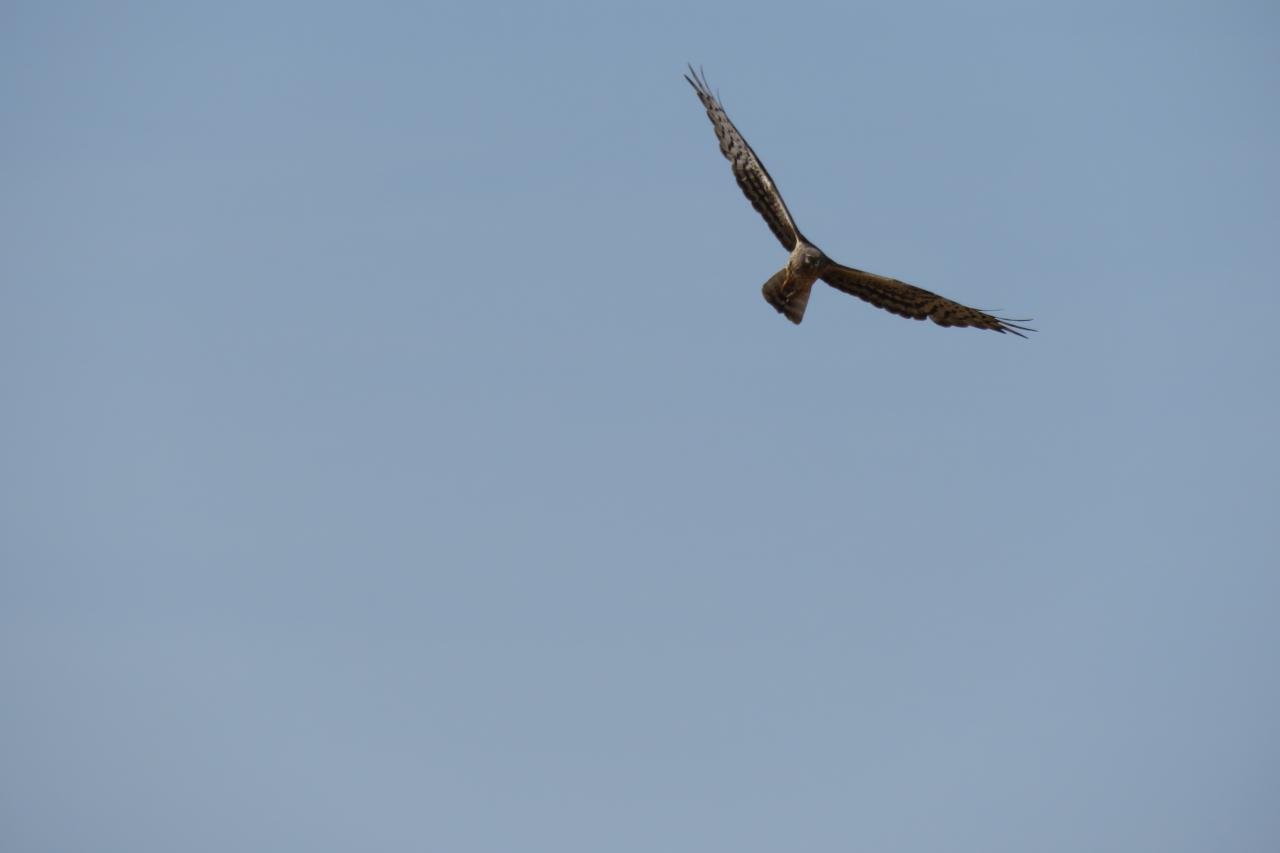 The second half of April into early May sees another influx of migrants and is the time of year when most visiting bird watchers arrive on the island. Now you will be looking out for returning Eleanora’s Falcons from their wintering grounds in Madagascar over the marshes and nesting along the cliff faces, and elsewhere any electricity pole is worth a check for Roller, Lesser Kestrel and Red-footed Falcons that regularly perch on the tops and along the wires.

I have spent many a wonderful afternoon or early morning searching the wires along the quiet back roads for them, especially near to the Albufereta and Alcudia areas. Honey Buzzard, Short-toed Eagle, Black Kite and possibly Black and White Storks can be seen following the Tramuntana Mountains.

Many a dawn visit at the tower at Alburcutx or the base of the Boquer Valley has rewarded me with these great birds, with a Golden Eagle on occasion too. In fact, whilst scanning overhead for raptors near to the Boquer Valley I found the islands first Semi-collard Flycatcher in the Olive trees here one May afternoon. 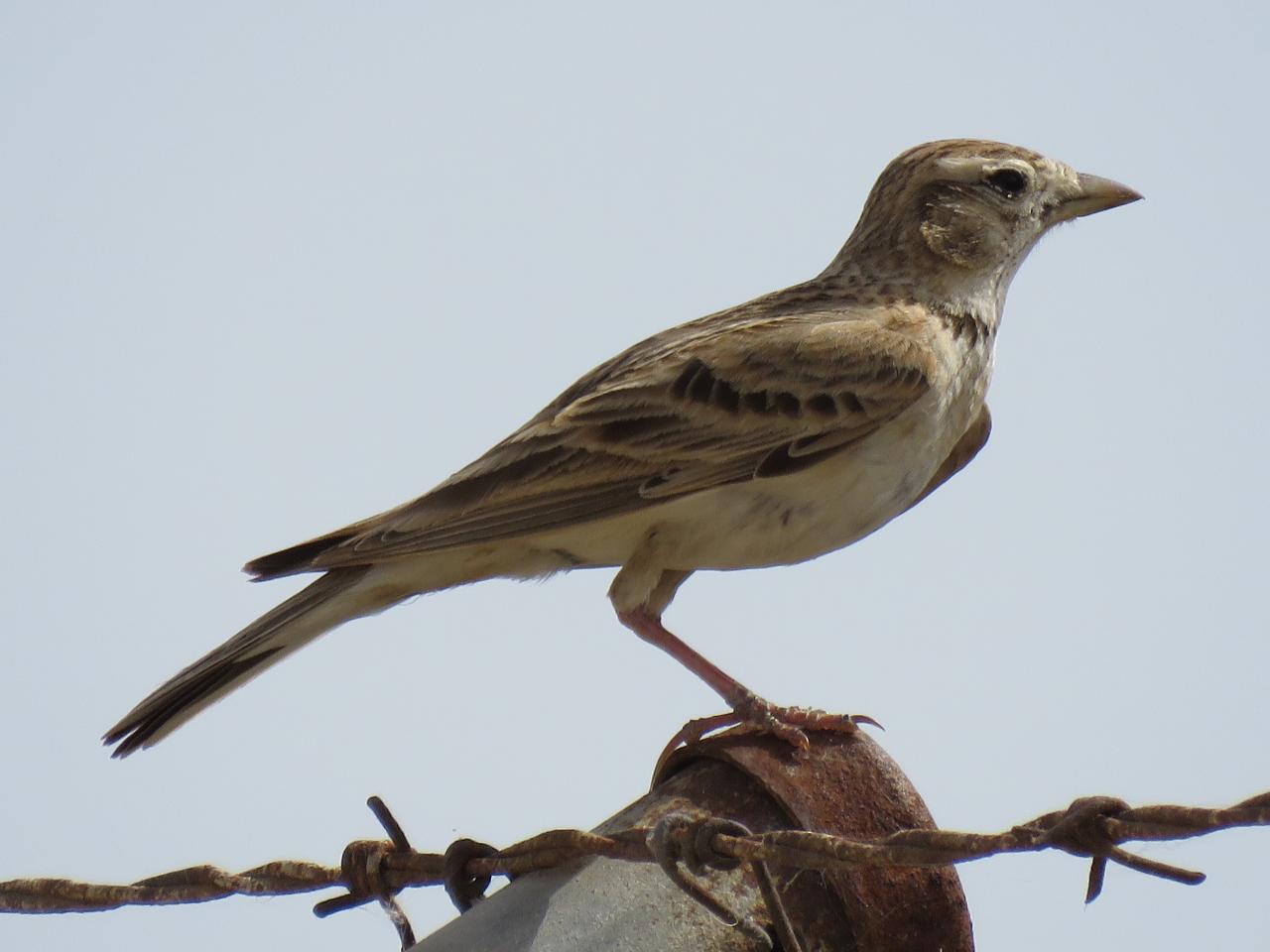 Squacco Heron and Marsh Sandpiper will be making an appearance with the Squacco staying on to breed, again the Albufera is ideal for these species and the salt pans at Sallinas de Llevante can be another good site for the Marsh Sandpiper. Tucan Marsh on the outskirts of Alcudia, S’Illot waterworks also near Alcudia, the Albufereta and Albufera Marshes and off the coast are all good sites to look for tern species now, with Whiskered, Black, White-winged Black and Gull-Billed Tern all possible. Now you can see why April and May are the key months to birdwatch on Mallorca.

If that wasn’t enough the whet the appetite, then early May will see the arrival of the last of the summer migrants and breeders. Cuber Reservoir is once again a great site to visit where the scrub on the left of the reservoir leading down to the dam can be an excellent spot for the Spectacled Warbler, but they can be real skulkers so patience is needed to see them.

Incidentally, the White Poplars along the edge of the reservoir are one of the favoured spots for the Moltoni’s Sub-alpine warbler to sing from. Just past the dam itself, scan up on the slopes leading to the high ridge as the beautiful Rock Thrush breeds around here, and they too can be quite elusive at times, so sit down and scan everywhere and eventually you will spot one - usually the male will be showy, busy chasing off the resident Blue Rock Thrush and Blackbirds.

The open rocky, scrub areas around here are a breeding site for the Tawny Pipit with its ‘necklace’ markings in the wings and sweet ‘cherrie cherrie’ call.

Some passage migrants can even be seen into June, but by the middle of May the summer migrants are not only in their respective habitats, but have established territories and settling down to breed. But the expected migrants are not the only ones to look out for on Majorca, as the island can throw up some unexpected and great birds. Take the recent sightings of Collard Flycatchers’ and Great Spotted Cuckoo for example. 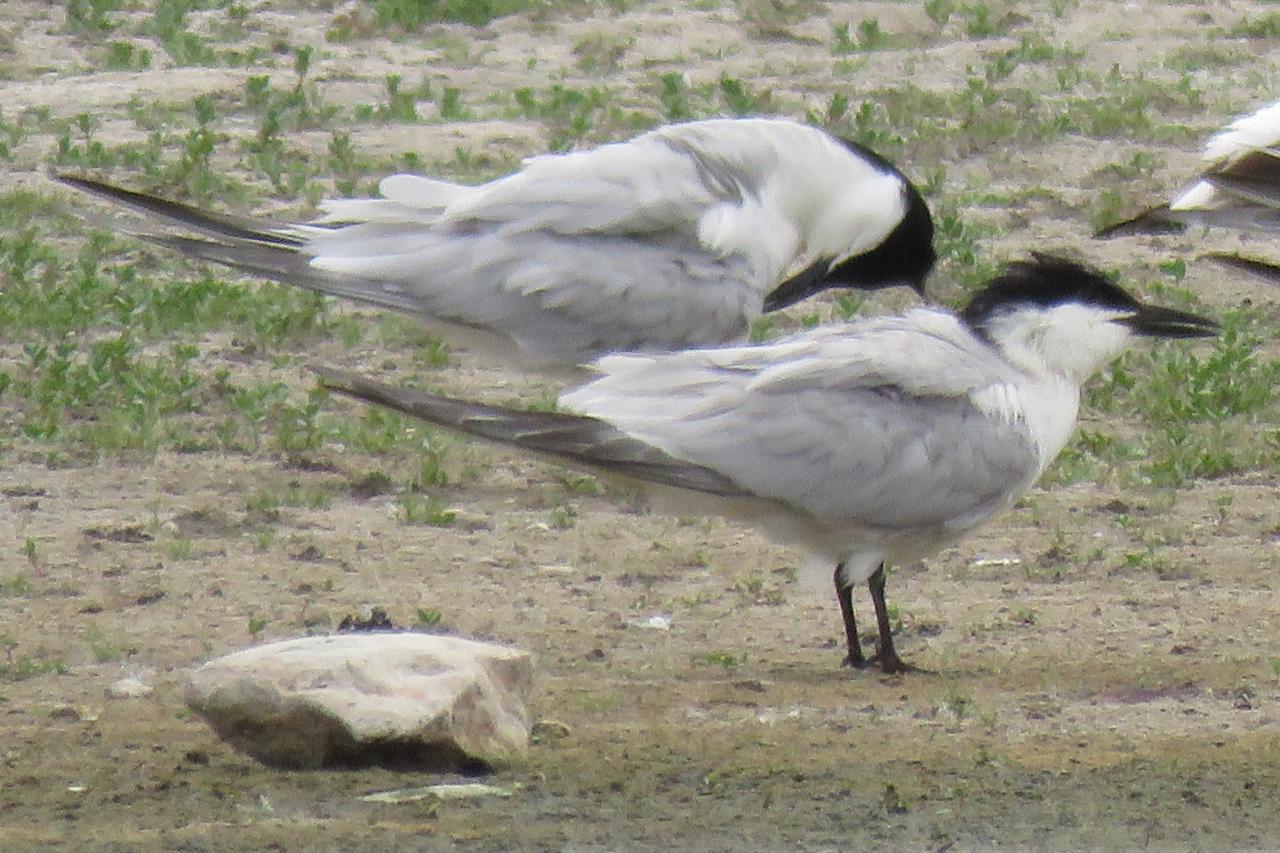 There is always the chance of hearing the Golden Oriole and if you’re lucky spotting it amongst the deep foliage of the Oaks, and the most vocal of the birds, the summer breeding Nightingale can be singing its heart out right in front of you from the cover of the trees and shrubs, yet can remain invisible. I often laugh at looking where I think it is singing from only to see it move several feet to the left or right. And don’t forget to do some sea watching too, where Balearic, Corys, Scopoli’s and even perhaps a Yelkouan Shearwater may make an appearance.

The excitement goes on and on, and a walk alongside the main canal leading into the Albufera will see Night Herons roosting by day in the Tamarisk’s along the far bank. Near here I have on occasion had a Savi’s Warbler singing from the reedbeds. Little Bittern is a delight to see along the reens here or from the Watkinson Hide too.

The Collard Pratincole is a great bird to watch and the salt pans for me are the best site to see them where it is also worth looking out for the Slender-billed Gull too (Tucan Marsh is also a good site for the latter species). A late afternoon’s birdwatching has proved worthwhile on numerous occasions for me particularly at places such as the base of the Boquer Valley where warblers can be varied on migration.

Here I have seen Icterine, Melodious, Bonelli’s, Wood and Garden Warblers with Pied Flycatchers and Whinchat very likely too. One of the best migration sites on the island is believed to be the fields at Cases Velles on the Formentor road, where roadside stops can reveal a lot of migrants as this area is the first real good mix of vegetation migrating birds will encounter as they enter the island.

Migrant wise, my fondest memory was one May when guiding a group of four Welsh birdwatchers on the island. The rain had come in and was relentless for about two hours, but I had a plan ‘b’. Over coffee I suggested taking an albeit wet drive up to the lighthouse at Formentor for migrants.

I had an idea based on my experience of knowing the island inside out. We arrived at the lighthouse car park as the rain was just starting to ease off, and as we sat in the car, I mentioned that any migrants moving through would have been grounded by the rain and the Pines on the lower slope should hold some birds.

They weren’t convinced, but as the rain stopped, we got into position and scanned down onto the Pines below us with the open areas around them. Soon there was movement here, there and everywhere, as the migrants grounded by the rain started to preen themselves and search out some food.

There were warblers everywhere, with Pied and Spotted Flycatchers mixed in, Whinchats, Blackcaps, Common Whitethroats and even a Woodchat Shrike for good measure. My experience of the island paid off and it was a magical moment for all of us.