Save the med: Visitors defied the rain and the wind to visits 7th continents expedition ship

The ship “La Goëlette” | save the med

Despite constant rainfall and winds on Sunday 23rd of May, around 150 visitors of all ages made their way to Port Adriano to visit the ship “La Goëlette” and meet the expedition team and Save The Med team members. The sail boat is used by the expedition team from the Association 7th Continent and collaborating scientists to sail the oceans in their pursuit to better understand the movements and impact of micro and nanoplastics in the marine environment as well as in animal and human health. 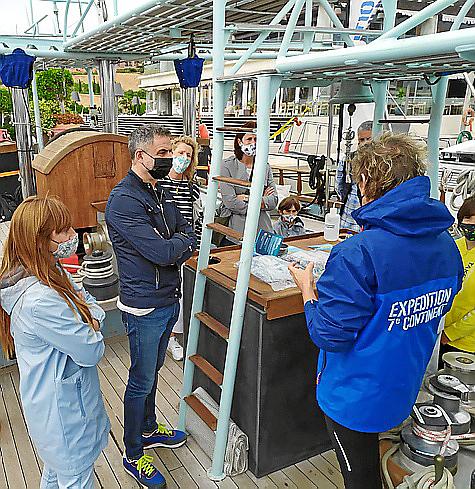 The ship has been adjusted to suit all the needs of the sail crew and scientific team, and has among other spaces its own laboratory under deck. While due to the wind and rain, the interactive exhibition could not be set up, visitors were welcomed onboard for guided tours in small groups and could learn all about the mission of the expeditions, get an understanding of the scientific tools used to sample nanoplastics from different ocean depths, learn about the science being conducted and see what the plastic from the oceanic gyres really looks like. 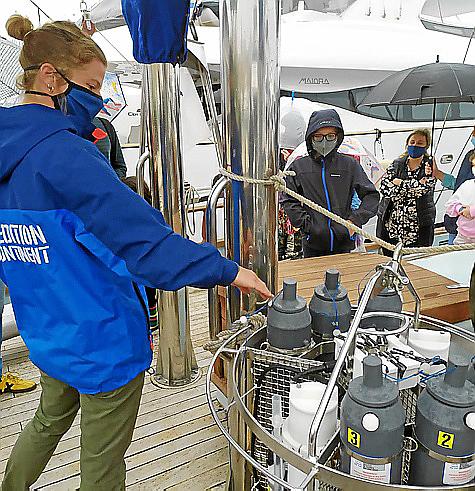 Many visitors were surprised to learn that the majority of it were small, fragmented pieces of plastic which are found at all depths of the water column, rather than big pieces that only float on the surface. One of the main messages they learned was that this plastic is impossible to recover and has nowhere to go. 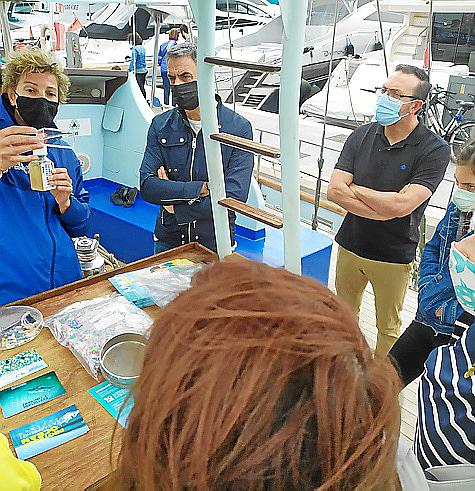 As a clear example of this, the collaborating scientists of 7th Continent were among the first to study the way that nanoplastics evaporate from the sea and, as clouds are formed, eventually rain or snow back over land. This phenomenon truly goes to show that we must “close the tap” by reducing plastic use at its source, before we can see any improvement of plastic pollution in nature.

We’d like to thank everyone who defied the bad weather to join us onboard and learn about marine conservation, ask questions and discuss possible solutions! A special thanks to Port Adriano and BWA Yachting for making the event possible.

A s we approach the end of the 2020-2021 school year, at Save The Med we are impressed by the creative work done by the students participating in the Changemakers Project! Student groups from all over the Balearics have recently presented their ideas to reduce the use of plastic in their communities.

Project ideas range from plastic reduction applications and campaigns for reusable and returnable products and systems, awareness raising websites, social media channels, purposeful storytelling and much more. These joint efforts of all student led projects are helping to ignite a wave of change that starts with their surroundings and spreads throughout the community through the impact of their initiatives. 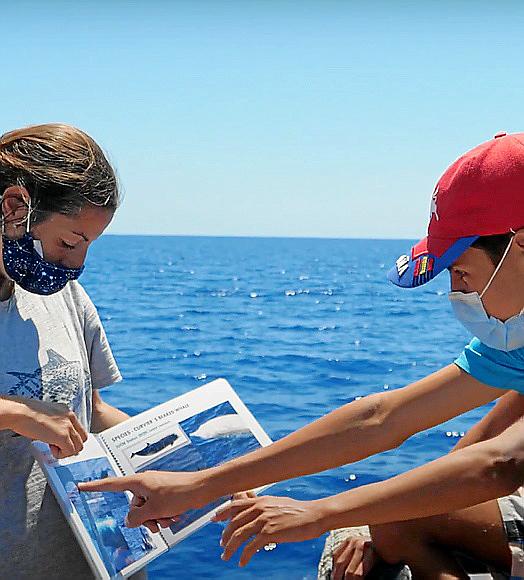 Meanwhile, a challenging evaluation process has been initiated by representatives from Save The Med and Fundación Jesús Serra. The five most impactful projects will be selected and announced on World Ocean’s Day. The teams behind each of the selected projects wil be invited to join Save The Med onboard expeditions at sea.

Two teams will spend a week together with Save The Med educators and scientists onboard the beautiful Rafael Verdera, while three teams will conduct coastal expeditions onboard the solar powered boat Stenella. All details will be shared on Save The Med’s social media channel so stay tuned!