Otto Skorzeny had been denazified by the party

Spain was the “first centre Ratline activity which facilitated the escape of Nazi fascists’. | R.C.

There was a time in the recent past (around 1945 onwards) when there were hundreds of war criminals in Spain plus thousands of former Nazis and Facists.

They were seeking asylum and were an embarrassment to the host countries. The sheer numbers and how to send them away to places where they could live out the protection promises made to them was a big problem to some countries in Europe.

There were two primary routes: the first from Spain to Argentina; the second from Germany to Rome to Genoa, then South America. The two routes developed independently but in time worked together. The Ratlines were supported by some controversial clergy of the Catholic Church.

It is said that Pope Pius XII “preferred to see fascist war criminals on board ships sailing to the New World rather than seeing them rotting in POW camps in Germany”.

Into this melting pot, arrivals to Spain, including Mallorca, were hoping to blend into the background and wait the call. This would send them on the first stage of their journey to the South American world.

This was their alternative to trials and prison. The scale of the operation was enormous and was a feature of post war years until it became a serious embarrassment to the host countries.

This story came to life for us in Mallorca because of the arrival of Rudolph ‘Rip’ von Ripper (1905-1960). He was a soldier as well as an artist, acclaimed in Europe and America for both these roles during the first half of the twentieth century. He became an American citizen in 1942 and joined the military as a war artist. 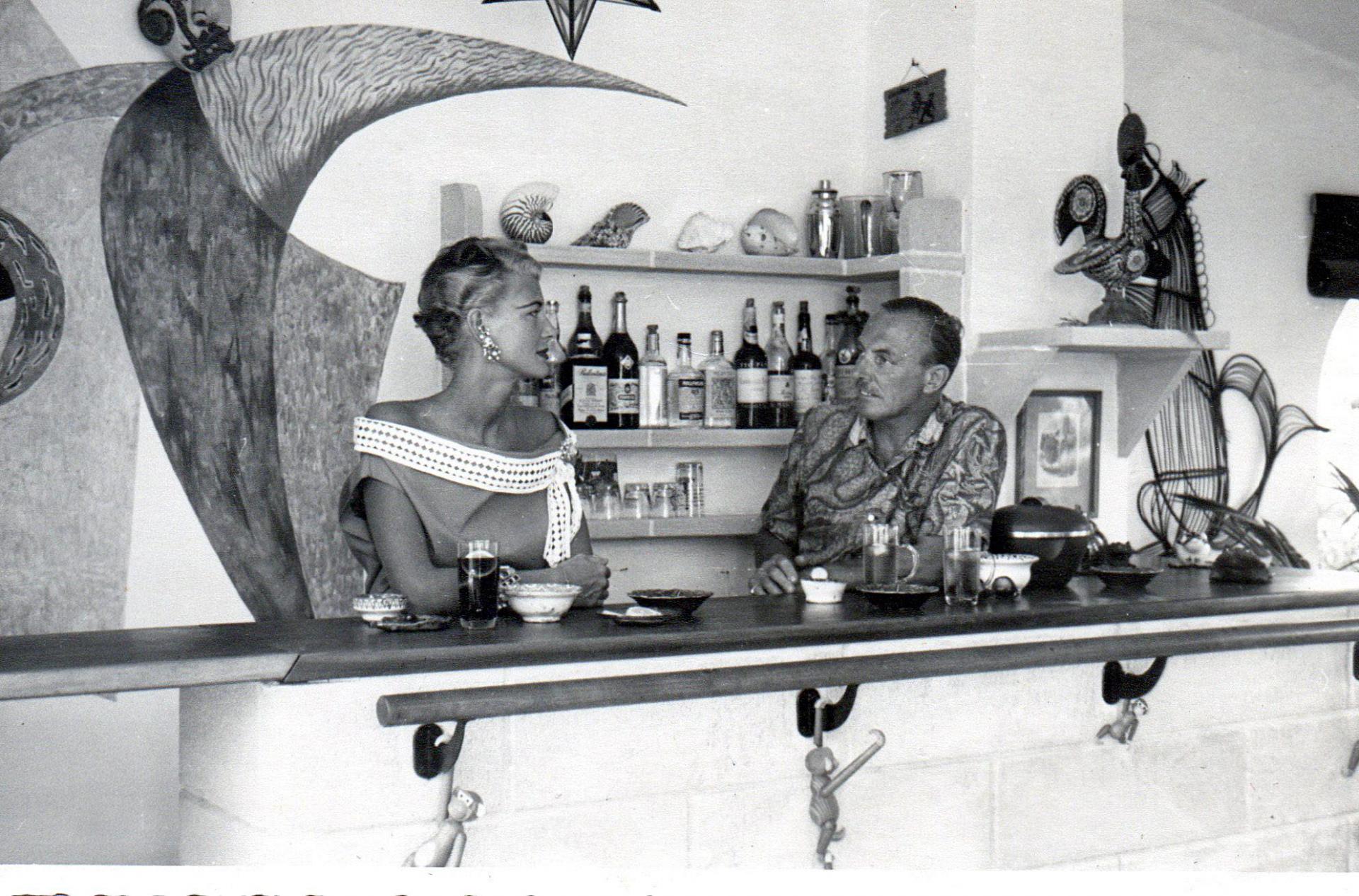 During the 1950s he strove to restore the reputation he had enjoyed as an artist before the Second World War, but the pressures of his work as a CIA agent and his need to earn money to keep his socialite wife in grand style worked against his ambition,

The story of Von Ripper is available now and is the sort of read that blends fact into more fact, making it an almost unbelievable story. There are many part of this relatively short life that could be pulled out for special attention it is the Pollensa years which fascinate.

This was a man who had been a Resistance Fighter and a defender of the the Jewish people in the war. This had earned him spells in prison and the cruel attention of the notorious Otto Skorzeny who was Hitler’s favourite Commando and known as the third Reich’s Scarlet Pimpernel.

In spells of awful brutality at the hands of this man, Von Ripper was told that no matter what happened in his life, or how the war might end, the the long arm of Fascism would reach out and get him, no matter where he lived.

At the time the threat was awful but the human spirit was strong and Rudolph Von Ripper went on to paint, to work, to love and to enjoy the life that he and his socialite wife created in the glitterati world of the Pollensa painters and intellectuals of the time.

His house was a magnet for glorious parties and meetings of the international world of the intellectuals of Mallorca. Memories of the limousines carrying the great and the good in their evening gowns and furs still exist to this day. Local Mallorcan children, now grandparents, still talk about the era and the culture shock it was to their families.

In amongst this life the most bizarre news began to break and that was in the shape of a new home owner who had purchased a house by the sea, in Alcudia, just two miles from the Von Ripper residence.

Otto Skorzeny had been denazified by the party and was free to travel to any European country which would accept him. He moved to Mallorca and centered his life in Alcudia. Rumours began to circulate as soon as he arrived that he was creating the Alcudia Ratline and facilitating the movement of wanted Nazis via Alcudia on to boats – destination South America. Ratlines were being created in many places in Europe and in Skorzenys case, Alcudia was his base. 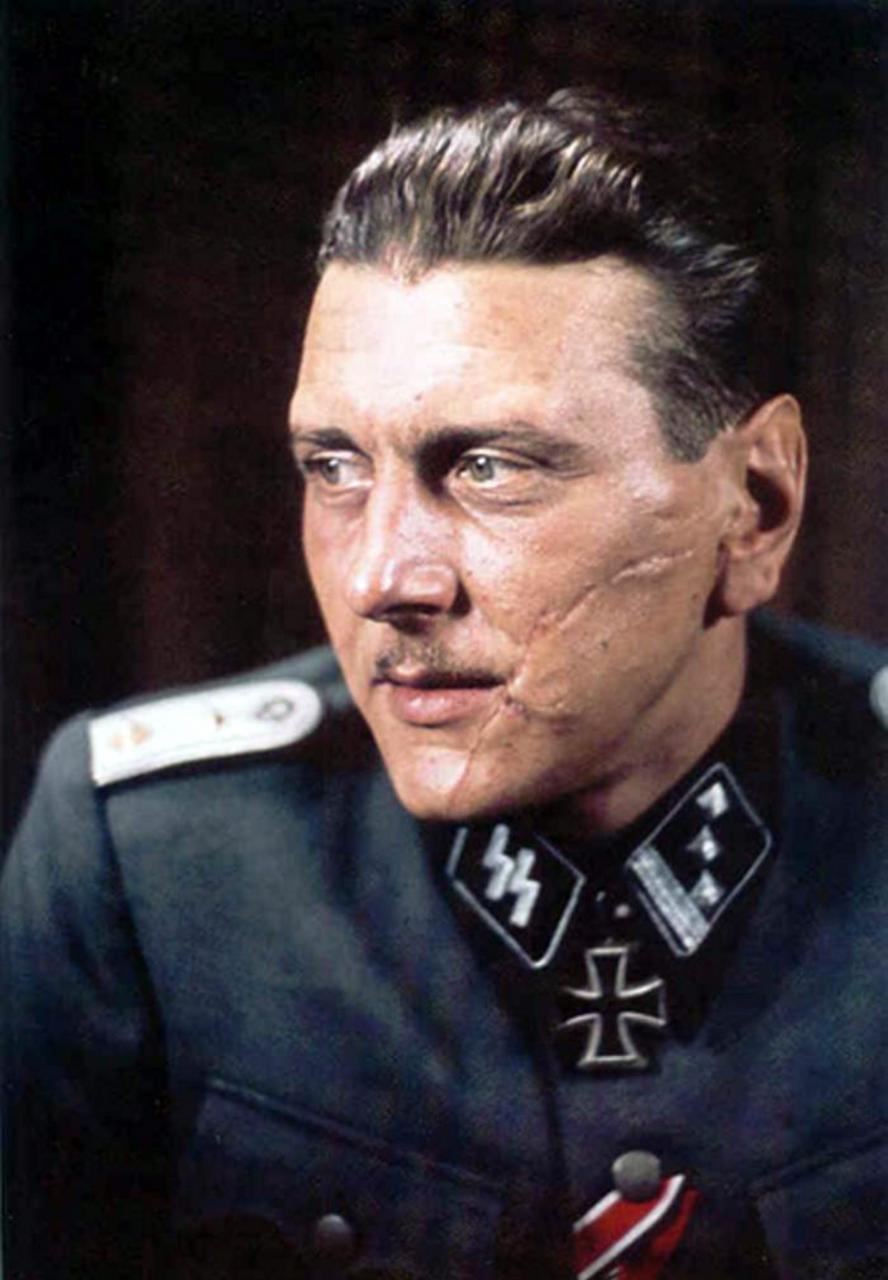 Meanwhile back in Pollensa in the late 1950’s the nightmare of having Skorzeny as a near neighbour with everything evil he stood for in Von Ripper’s life was a burden too far. In 1960 Rudolph Von Ripper was found dead in mysterious circumstances in Ca’n Cueg. His fast paced, eventful life over at the age of 55 years. Coincidence or what that his near neighbor had previously told him that he would never escape from the clutches of the Nazis?

This whole word has arrived back in Mallorca in 2021 with the award winning film on the life of Europe’s most dangerous man.

‘Otto Skorzeny in Spain’ has received this week’s special jury award for best documentary at The Romford Film Festival. The interest created in this ‘James Bond’ character and his exploits is to create interest in a past that many would not know ever existed in Mallorca.

The Film is ‘The most dangerous man in Europe Otto Skorzeny’s After War’.

The Book is ‘Von Rippers Odyssey’ by Sian Mackay.