Normally they are here in the late Spring, and you occasionally see them washed up on the beach

I hope that I’m not tempting fate by writing this, but in the 17 years that I have lived in Mallorca and swum in the Mediterranean I’ve never been stung by a jellyfish.

There’s been a couple of near misses: once when I was heavily pregnant I lowered myself like a ship on its maiden voyage down a ladder into the sea at Cala Llamp accompanied by shouts of “Señora! Señora!” only to look up into the concerned face of a lifeguard as I trod water surrounded by transparent jellyfish bobbing around me. I managed to emulate a rocket being launched as I made a swift exit out of the water again.

Another time was just last weekend: up early and off down to the beach at St Elm my family and I were all set for a morning dip before breakfast, but the plan was soon abandoned when we noticed small brown blobs in the shallow turquoise waters. Tiny, just minding their own business, but if you bother them, then they will make sure you don’t do that again. Breakfast was brought forward, there’s always the option to go back later in the day and swim then, which is what we did.

Jellyfish hurt more people every year than sharks or killer whales, according to a recent BBC report. Jellyfish stings can range from uncomfortable to extremely painful, depending on what type of Cnidarian smacks you with its tentacles. It pays to know what you are looking out for in the sea, and there are several different types of jellyfish which find themselves at times around the coast of the island.

Normally they are here in the late Spring, and you occasionally see them washed up on the beach. These are times to just take yourself off for a coffee and not worry too much about going for a swim that day, or you can just move around the coast and try swimming from a different beach or cala. Last Sunday there were jellyfish around St Elm and Camp de Mar, but not El Toro for example. It also helps if the beach has lifeguards because they will display an orange flag if there are jellies lurking out there in the deep blue.

If you are worried about getting stung but still want to swim, what can you do, apart from avoiding them that is. There are a couple of options. One is to wear a wetsuit, which is not so practical in the current temperatures, and the other is to apply a jellyfish repellent. Yes, they do exist, and apparently they work! 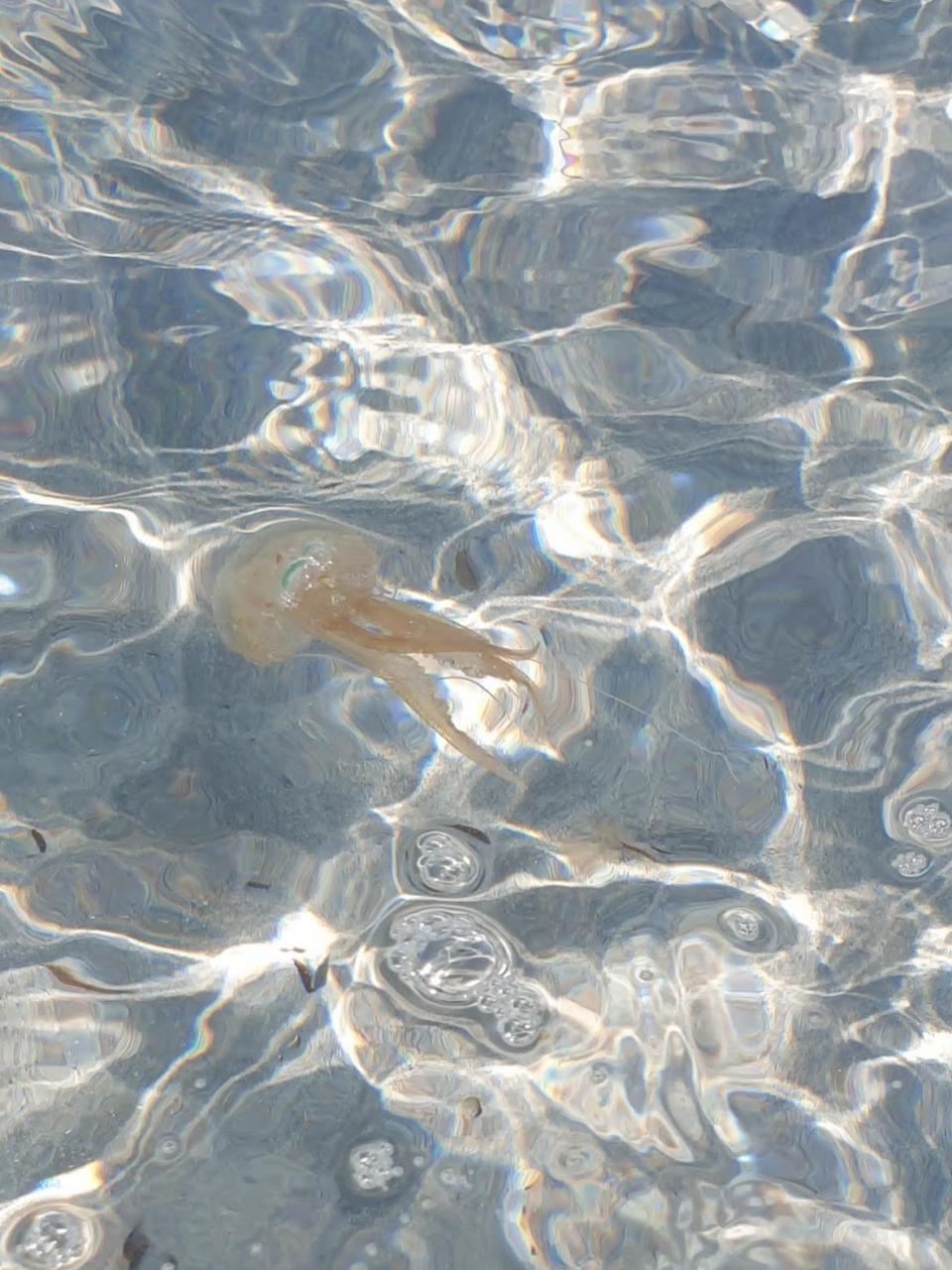 They come in a combination with sun block, as a cream which can be rubbed over your skin, blocking solar rays from harming you, as well as jellyfish tentacles from stinging you.

The block works by making your skin slippery so that tentacles cannot attach to you, it masks your own skin’s secretions so the jelly (who is really only interested in protecting itself which is why it stings in the first place) does not detect a threat nearby, and some of the creams also reduce the impact of the sting and disarm the jellyfish. If this is something that you think you would like to try out then ask at your local chemist to see what they recommend.

Enjoy your swim, and if you do spot a jellyfish then let the beach lifeguard know and report it on the www.medusapp.net application which attempts to track jellyfish in the waters around Mallorca. You can download the Medus App onto your phone and check it before you head for the beach. Have fun!