Nicole is the founder of Eden Sanctuary, for now based near Alaro, Mallorca

Nicole is in a spot of bother. Having signed a ‘secure’ five-year rental contract in 2019, with an option to renew, her landlord recently announced the sale of the property and she has a matter of months to find a new home. The problem is, Nicole has a rather large family - 52 at the last count - and it’s going to take more than a scroll through Idealista solve this one.

Instead, it’s going to take a lot of money, perhaps even some of your money, to buy some land outright, so Nicole and her one- two- three- and four-legged ‘babies’ never have to face this precarious situation again. 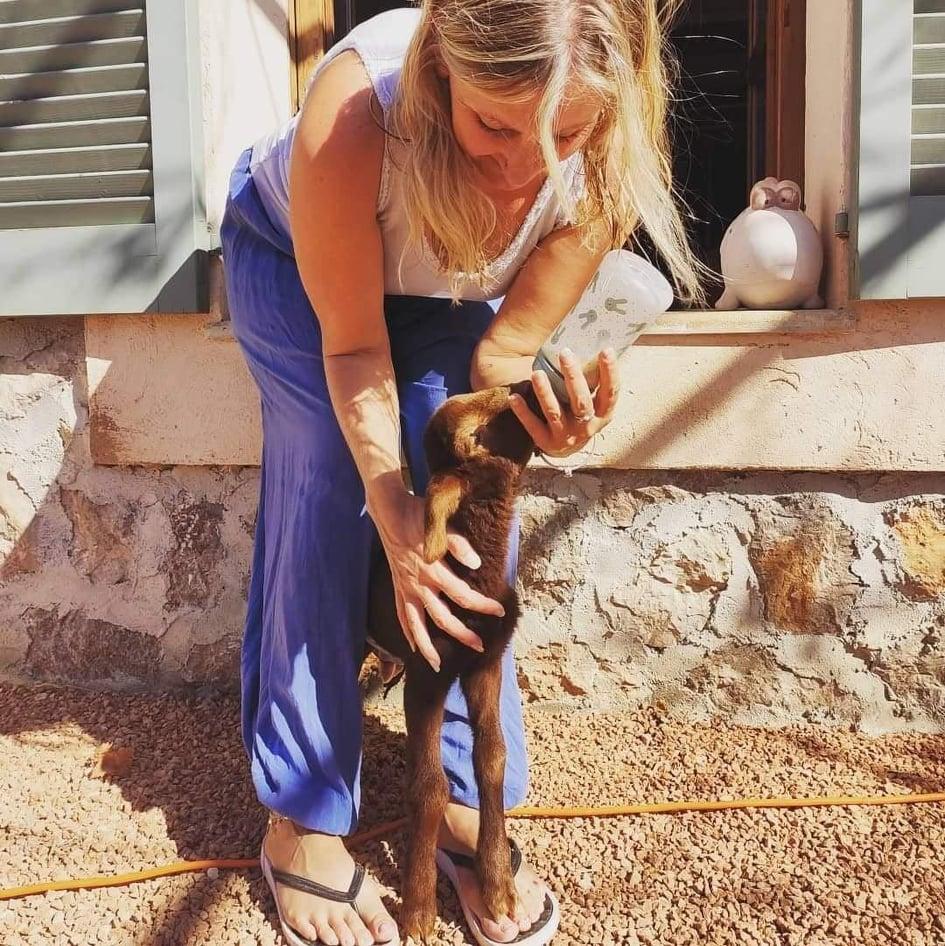 Nicole is the founder of Eden Sanctuary, for now based near Alaro, Mallorca. It’s home to a variety of species who have come from horrible abuse, neglect, or near death. Animals like Sophie the chicken who was found on the motorway with a broken leg, and Oro the cat who suffers from feline immunodeficiency virus, as well as Fresa the pig who managed to escape the clutches of a sobrasada farm, and Tina the donkey with painful laminitis in her ageing feet.

Indeed, whether it’s asthma or missing limbs, kidney disease or cancer, all her charges have chronic health conditions - all except perfect Pixie the kitty who rocked up one day and decided she’d like to stay. Together with kind-hearted volunteers and talented vets, Nicole dedicates her life to giving individualised care so the animals can manage their conditions and live a happy and free life until such time as they are ready to leave this world.

Nicole picks up the story: “I always knew, somewhere, somehow, that Eden Sanctuary would exist. I don’t remember a time when I did not love animals. I would spend hours with our German Shepherds when I was little - my first word was the name of our dog - and when I was ten years old I announced that I was going vegetarian. A decade ago, I went a step further and vegetarian became vegan. 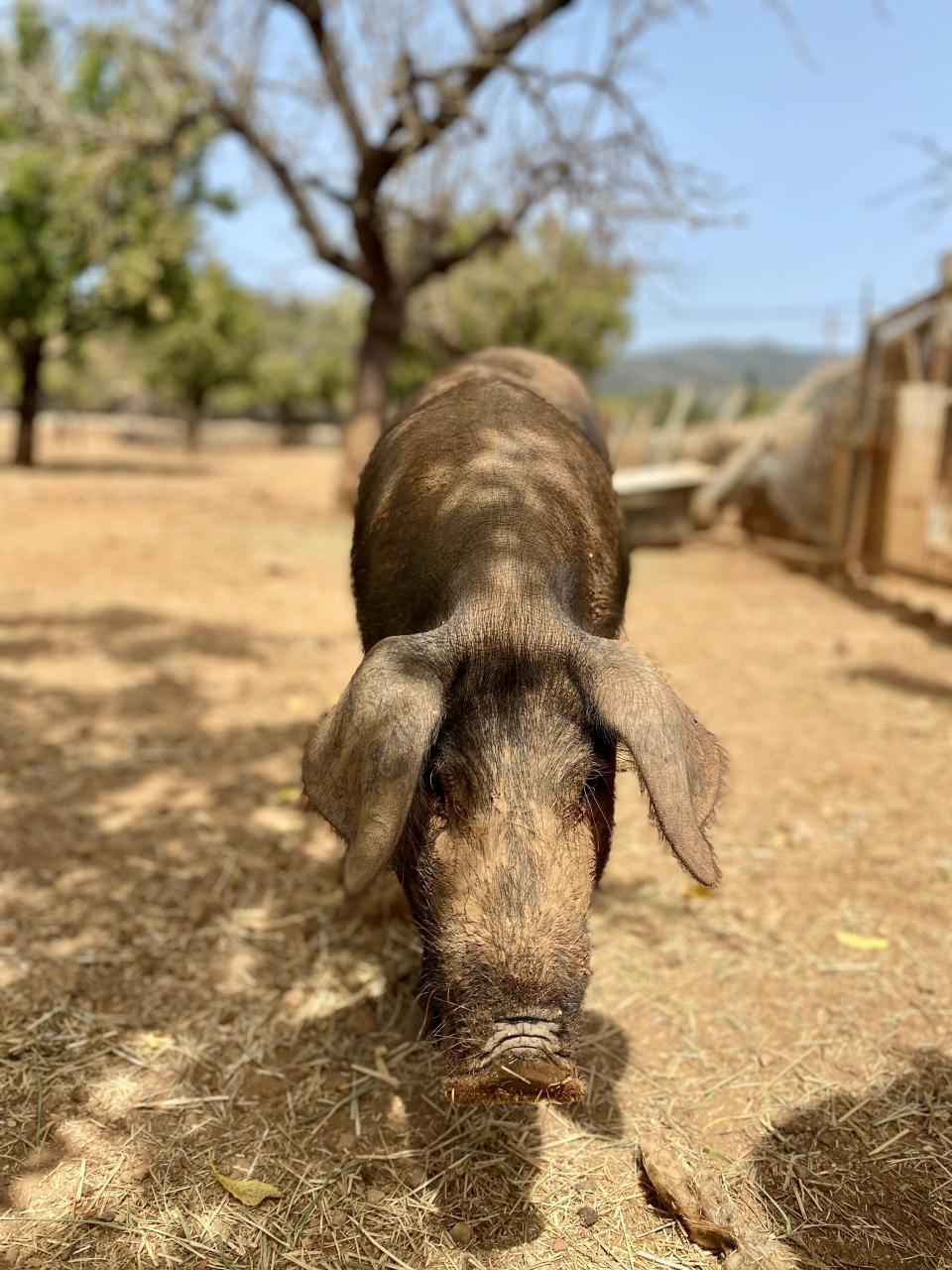 “Just over three years ago, my partner at the time said something that changed my life. He asked me why I was not already living my dream of creating a sanctuary for the most damaged, rejected and forgotten animals. I replied, ‘Because I don’t have the money’. He responded, ‘If you wait for the money, it will never come, but if you do it, you will find a way’. And thus, Eden Sanctuary was born. So far, he’s been proven right, we’ve always found a way, but losing our home is a challenge like no other.

“My first rescue was Karma, a piglet who had fallen from a truck on the motorway, umbilical cord still attached. I lovingly raised Karma, who was feisty and a little crazy, by hand. Quickly after he was joined by his best friend, Shanti, followed by orphaned lambs, Solly, who was riddled with maggots, and Star, both left to die by the farmer. The beautifully dysfunctional Eden Sanctuary family was beginning to take shape, my dream coming true. “Three months in and my partner left. 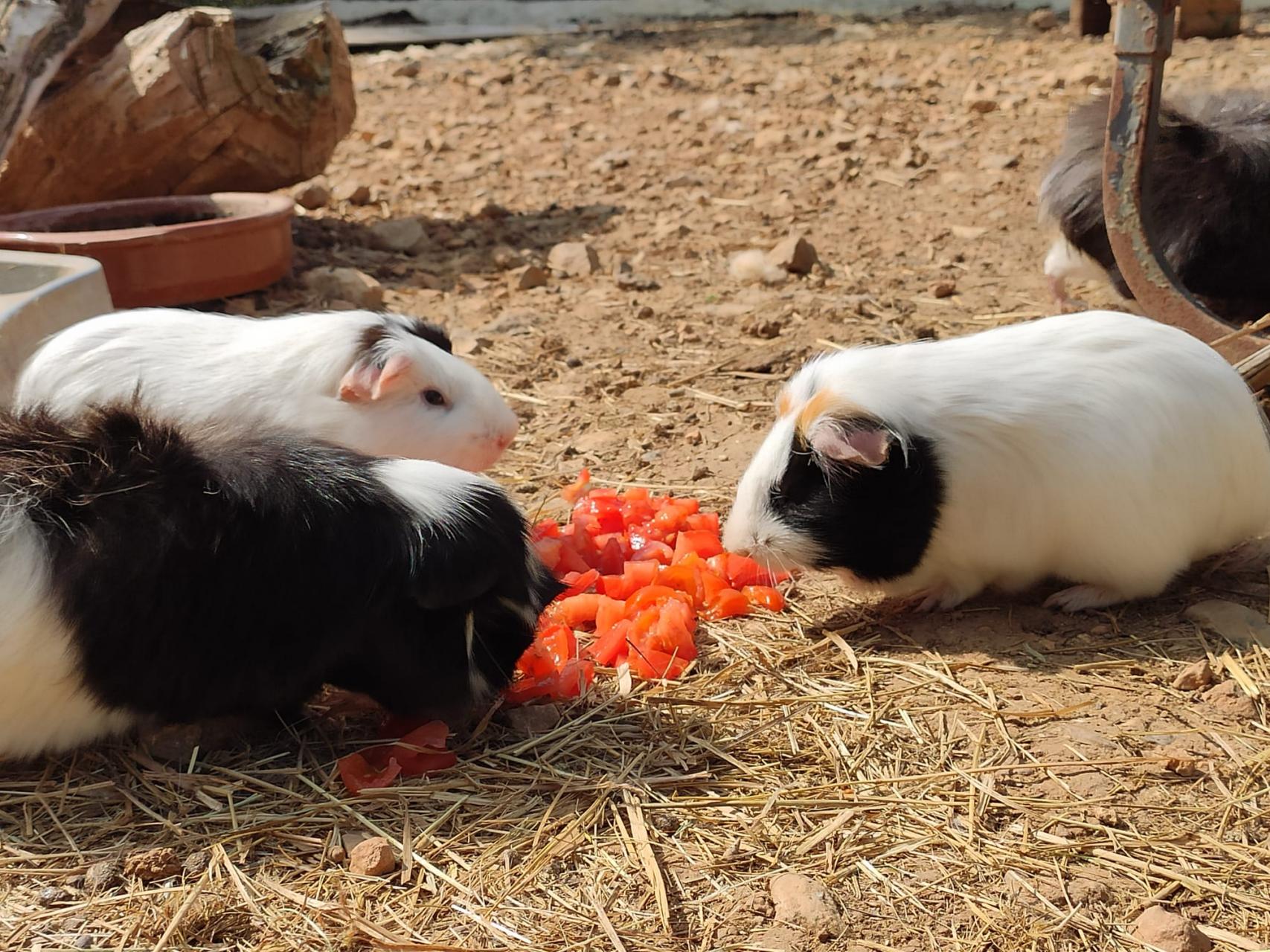 I felt way out of my depth and very alone out in the country, but I had promised these animals a life of freedom and I was determined to give it to them. When Karma became ill and died, I almost lost my hope. And then there was another blow. Even though she’d promised to sign straightforward paperwork stating I could legally keep animals on the land, the landlady went back on her word.

By that time I had 17 animals. Some had literally been thrown in bins, or abandoned at properties by farmers who no longer had a use for them - animals like Miss Piggy, a pig who had been brutally attacked by dogs and lost and ear and an eye - I could not let them down. 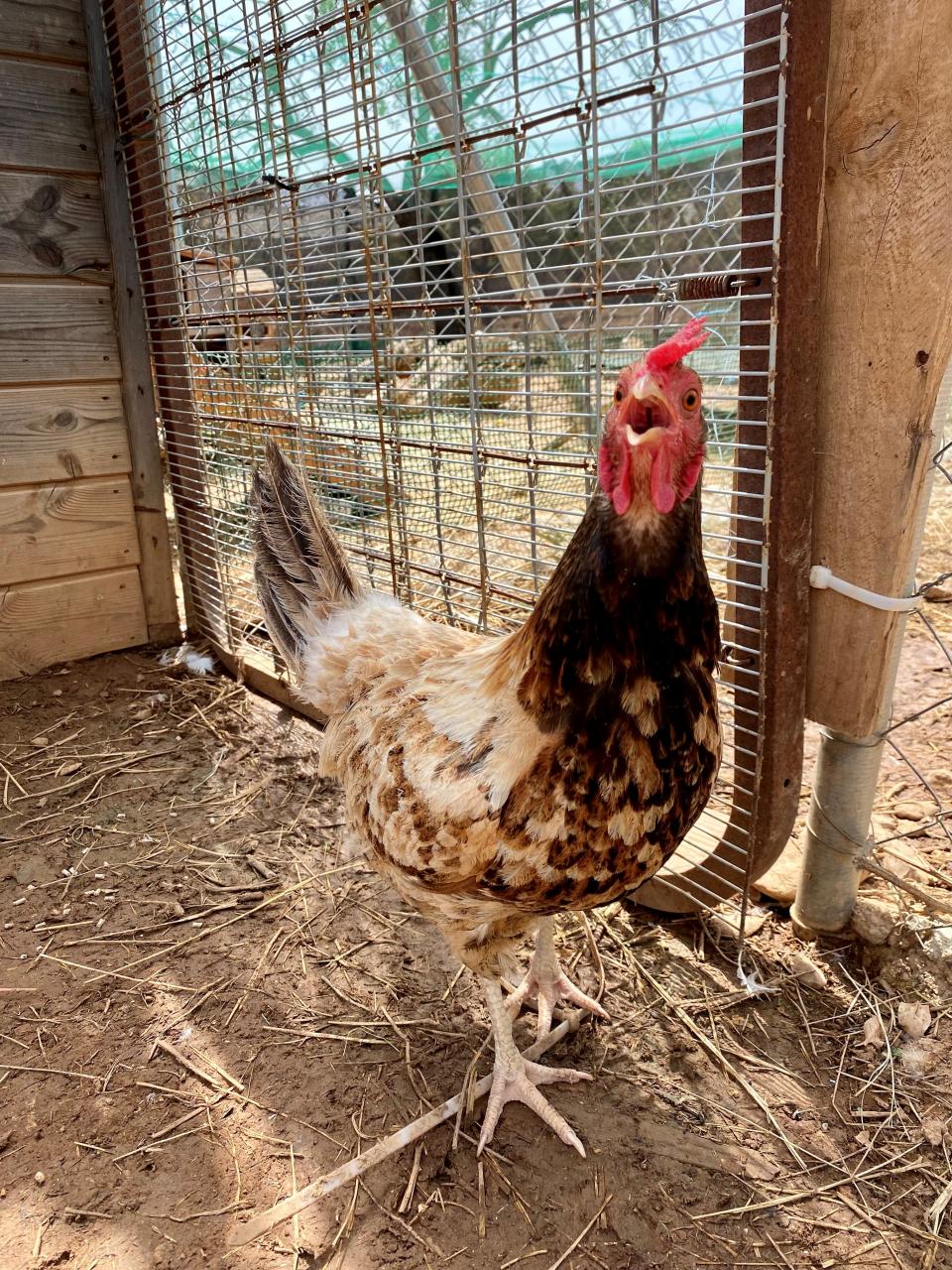 “Thankfully, with the help of a local estate agent, we quickly found new land for Eden Sanctuary and moved. You can imagine the upheaval, but it would be worth it. I was assured that I would be safe. The paperwork was watertight, a five-year contract plus a plan for me to get mortgage-ready so I could finally get us a permanent place, a place where the animals could live long and happy lives - even when I am gone. Relative calm descended on Eden Sanctuary - and then COVID-19.

“In December 2020, I lost my teaching job due to the pandemic. On top of this, I developed a serious health issue that put me in A&E a dozen times in ten weeks. As I suffered crippling pain, all I could think of was the animals. Who would take care of them if I couldn’t? Mercifully, I recovered, and when I was discharged from hospital for the final time, I went back to tending the animals - as I have done for all of their lives that they have spent with me.

“But I was still sick, and there was no job, and therefore no money. I was a shell of myself and, in January this year, wondered if I could go on. By some miracle, this incredible island pulled together and saved us. We finally got all the fencing we needed, new shelters, volunteers, more monthly donations and things were running better than ever. And then, in May, wham, the news came that the property was to be sold. 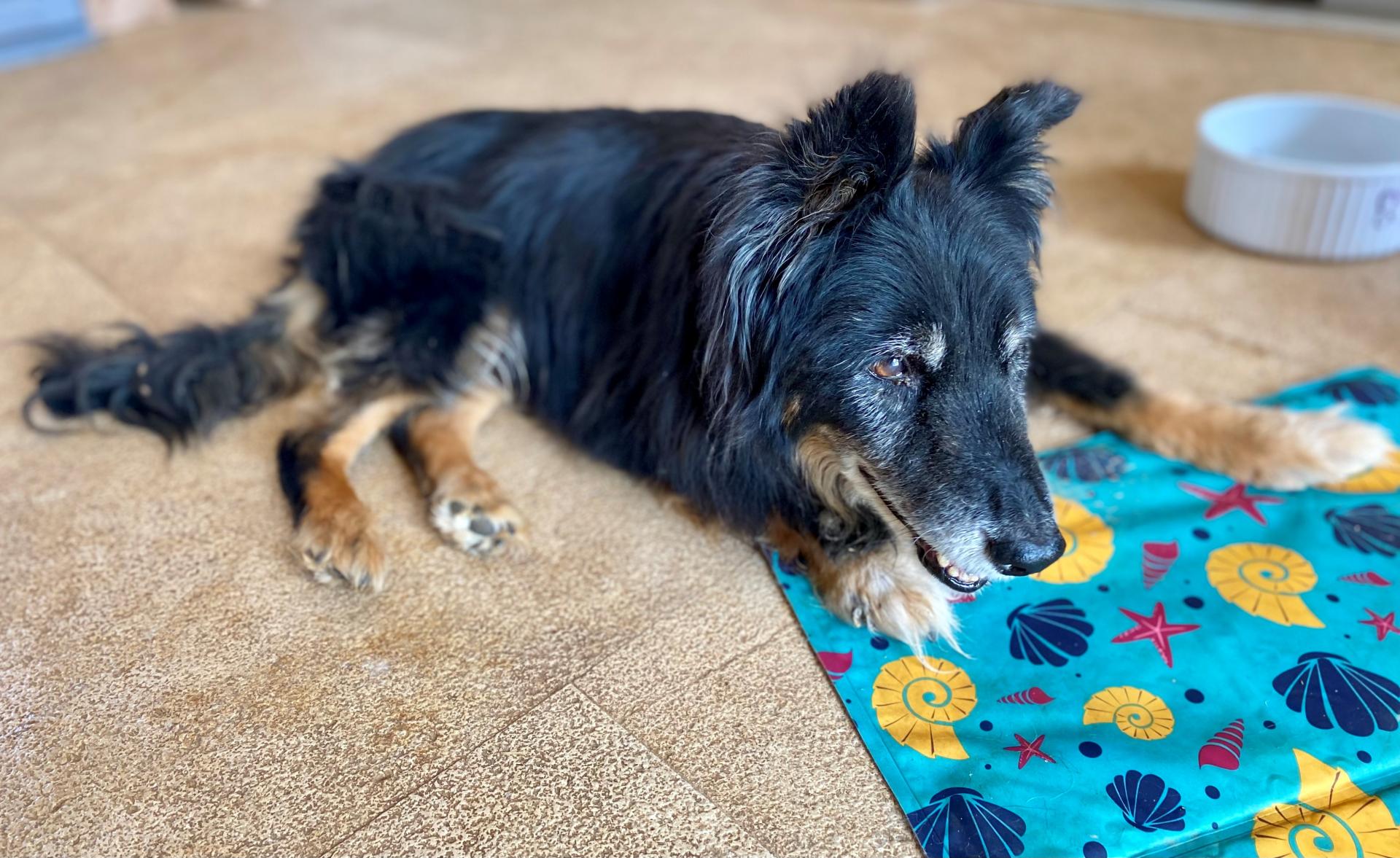 I need Mallorca to save us again. We must buy land of our own, so that everything I have fought so hard for over the last three years, for the animals, is not lost. We may have had our home taken from under us twice, but if we buy our own forever Sanctuary, this threat will be gone - permanently.”

It’s plain to see that money is not in short supply in Mallorca. Take a look at the airfield stacked with private planes, and the marinas crammed with floating palaces, there are people reading this article right now who could probably donate the entire 82,000 euros and barely notice its departure from the bank balance. Nicole needs these people. This is not a faceless charity, an intangible entity in a far-flung land, this is a special place for special animals right here on our doorstep. A place that with a secure financial future, can welcome many more in desperate need, for many, many more years.

If you want to create a legacy (or generate some tax relief?!), Eden Sanctuary is a registered charitable association (fiscal ID G16641938) and you can help by contacting Nicole direct on +34 629 53 54 66 (WhatsApp is fine) or donating here: https://www.gofundme.com/f/land-for-eden-sanctuary. Maybe it will take a few thousand people to donate 50 euros, or maybe it will take two heroes to donate 40,000 euros each - whichever way, Nicole and her ‘babies’ will be eternally grateful.