Real Estate investor, George Lombardi, who served as Donald Trump’s Adviser during his first Presidential campaign, refuses to reveal exactly where he was born, but admits it was sometime between 1950 and 1960 and claims he grew up in Rome.

"I left Rome at the age of 21, with a one-way ticket to the United States, because there were Communist Red Brigades in Italy,” he explains during an interview at the Carrossa Hotel & Spa in Artà.

Did you emigrate to America for economic reasons?

“No. My father had money, but I didn't want it. I went to America with a suitcase and $50 in my pocket. I travelled in several states for nine years and got married,” he says. “Now I have a house in New York and another one in Florida.

"It was often said that Trump was crazy and sometimes it seemed like he was?

"People thought much of what Trump was saying was spontaneous, but it was actually calculated and premeditated.”

"We've been friends for 20 years and let me emphasis that i’m friends with Marine, not with her father,” he clarifies. “I helped her during the last election and I still remember when her father was on television three weeks before the election. I told her she was crazy and she lost 10 percent of the vote because of his TV appearance. ‘You should have locked him in the bathroom,’ I told her.”

Are Le Pen and President Trump a threat to democracy?

"On the contrary, both the US and Europe are moving towards a Communist dictatorship, like Cuba, Venezuela and China. If we continue in this direction our children will not have freedom. There is already less freedom now than there was 20 years ago.”

Where is there less freedom?

“There is no longer freedom of expression in the media where some messages are censored, or in the economy which creates slaves. In Italy there are thousands of parents with two children who work for 1,200 euros a month. It makes me want to cry.”

But Italy is part of the EU and its economic regime is Liberal, not Communist?

"But the laws don't allow you to work freely. In America there are fewer laws and it is easier to open a restaurant, for example.”

Why should we fear Communism in Europe when the Wall fell 30 years ago?

"China is on the verge of economic collapse and claims that it has bought US debt are a lie. They have to buy cereal or chicken with a strong currency: such as euros or dollars. The Director of the Central Bank of China recently said they would increase their euro and dollar reserves from 900 billion to a trillion. I don't believe it, but even so, US debt is currently 36 trillion and the Chinese only have a trillion at most.”

For years, the American and European press have been presenting China as an emerging power that will surpass us in GDP:

"It's propaganda, the same as with Lenin or Mao Tse Tung."

“They have infiltrated the media. Jane Fonda, wife of CNN’s Ted Turner was called ‘Hanoi Jane’ during the Vietnam War and she put her Communist friends on CNN. The second wife of communications mogul Rupert Murdoch is Chinese. I met her. It turned out she was a spy. I could give you more examples. Everyone knows that there is a conspiracy to establish Communism, I already told you: it's a war.”

So how much time is left for US and European hegemony?

"200 years. From now on everything will be fine. People are starting to see it. Under Obama, people lived well but they did not see the Communist and fundamentalist threats. Then Trump put an embassy in Jerusalem to support Christians and now Christians are being attacked in the United States and in Europe. The victories of the PP in Spain and the Conservatives in Poland and the United Kingdom, also help. Conservatism is not what it used to be. 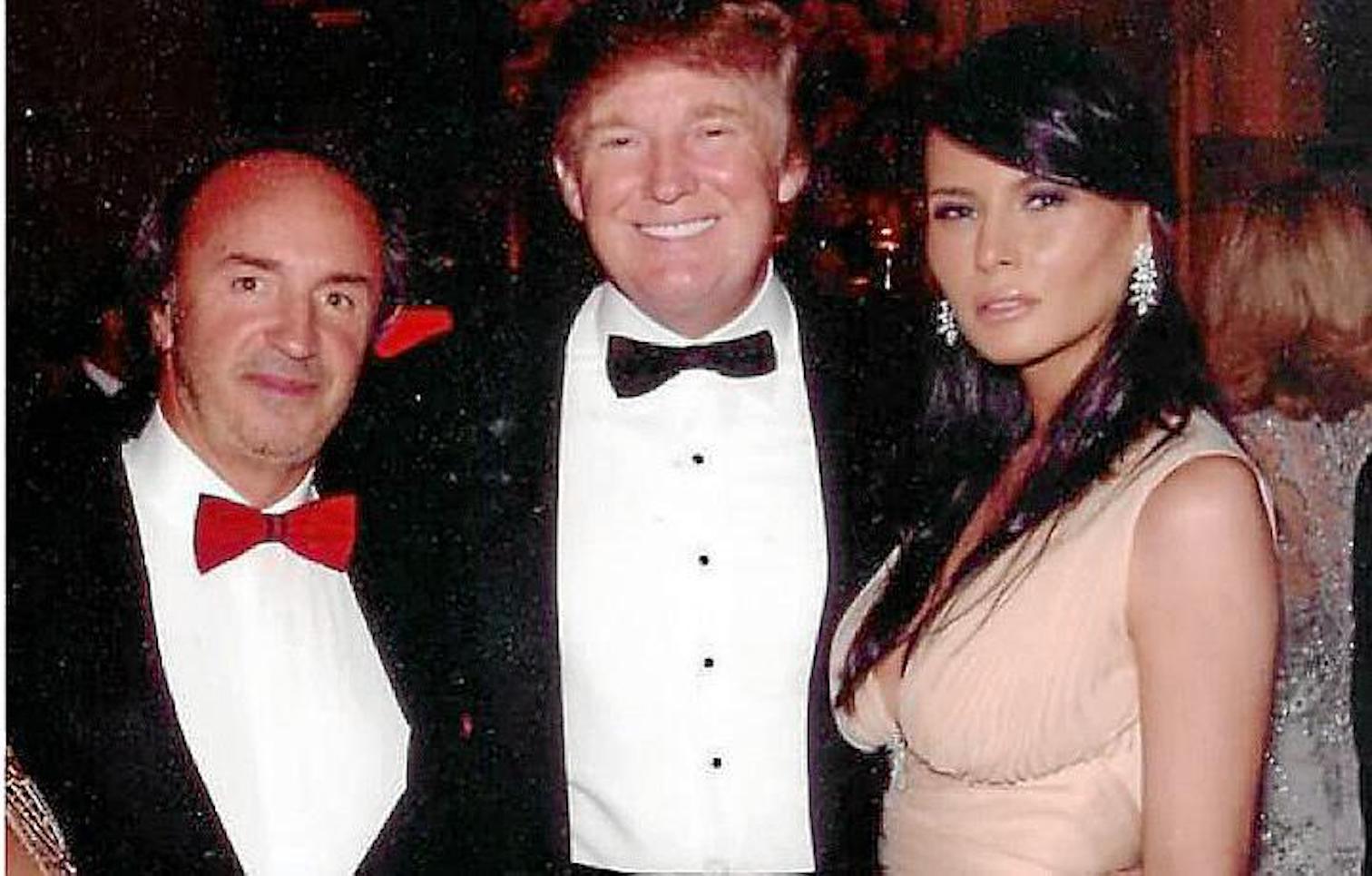 George ‘Guido’ Lombardi says he met Donald Trump long before he ran for the US Presidency:

"We never did business, we had a friendship. From time to time we talked and neither of us liked the Chinese,” admits Lombari who was Donald Trump’s Adviser during his first Presidential campaign, but only lasted two weeks.