Focus on cars: Looking Around

I guess we all have cars like that in our past, maybe not quite as glamorous as this one

Mercedes 190D and friends at the Blue Nest. | G. Westphal

This week, without preamble, I’m going straight into the motoring stuff. Have a look at the black Mercedes in these photos which brought a wistful smile to our photographer’s face. As a young boy he recalls being driven in an identical one owned by his father.

I guess we all have cars like that in our past, maybe not quite as glamorous as this one. Fintail Mercedes saloons were built between 1961 and 1968.

When you look at this wonderful classic today, it’s hard to imagine this car being fired into a concrete wall at 60kmh with a couple of plastic dummies driving. These were the first Mercedes to be crash tested and probably one of the first cars to be crash tested by any manufacturer. Seems a shame to destroy such cars, but in the name of progress and safety… and those dummies were never very good drivers. 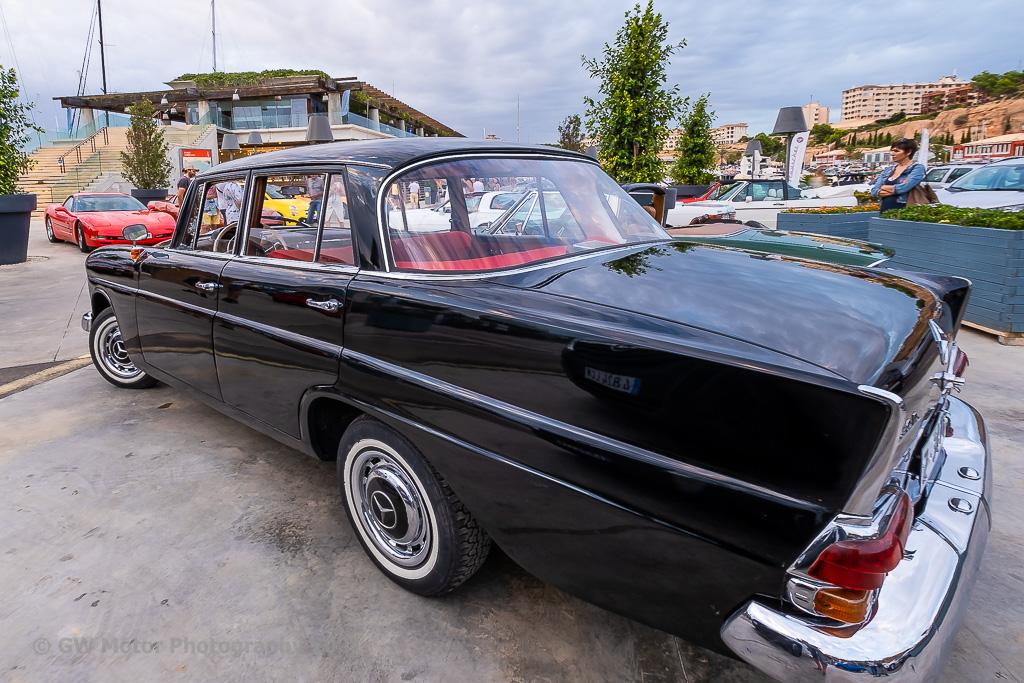 Looking around, I spotted this unusual machine, which I think is a Toyota FJ40, circa 1980 vintage. Not sure if it was here because of our meeting or not because I couldn’t track down the owner. The Toyota Land Cruiser series of off-roaders was originally instigated by the US military.

When the Korean War started in 1950 the US army gave Toyota the then current Willys Jeep specification and an order to build 100. So Toyota came up with a line of off roaders starting with the BJ which eventually spawned this model. I would hazard a guess power is from a 3.9 six cylinder. The other famous off roader based on the Jeep is otherwise known as the Land Rover. 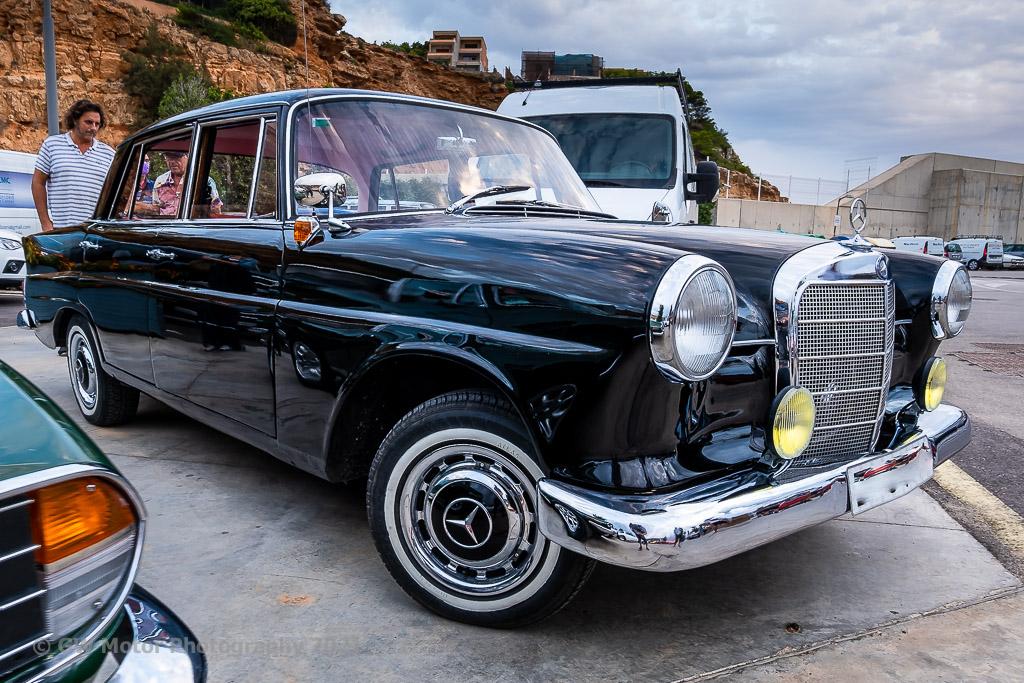 Incidentally the brand name Jeep comes from the GI pronunciation of GP (General Purpose) vehicle, which was technically the correct name during the war.

This bright yellow Triumph Spitfire brings a smile to my face. In my schooldays, often when my parents were away on holiday, I would sneak into the garage and ‘borrow’ my father’s cherished Mark 1. And forsaking my Lambretta, swan about North London on a rare sunny day. I can confess to this motoring transgression since my father has not been with us for some time and hopefully can’t hear me now. I still feel guilty. I hope my mum isn’t reading this, she was always the tough one. 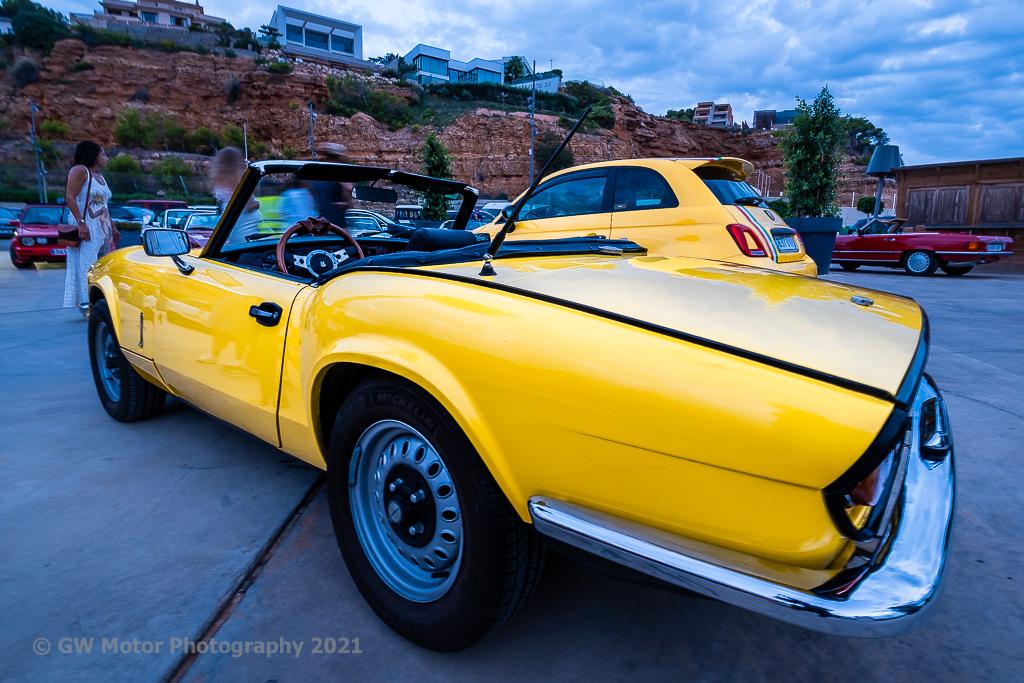 Moving onto the Spitfire here. Not often seen in such good shape, very, very original and looking great in its bright yellow paintwork. They’re fun to drive and feel so tiny compared to modern cars. And take a look at the blue Citroen Dyane, a simpler car is difficult to imagine, yet it will get you to your destination with joy and put a smile on everyone’s face.
Today’s sporty cars, although undeniably quicker, don’t drive as nimbly and lightly as these classics. 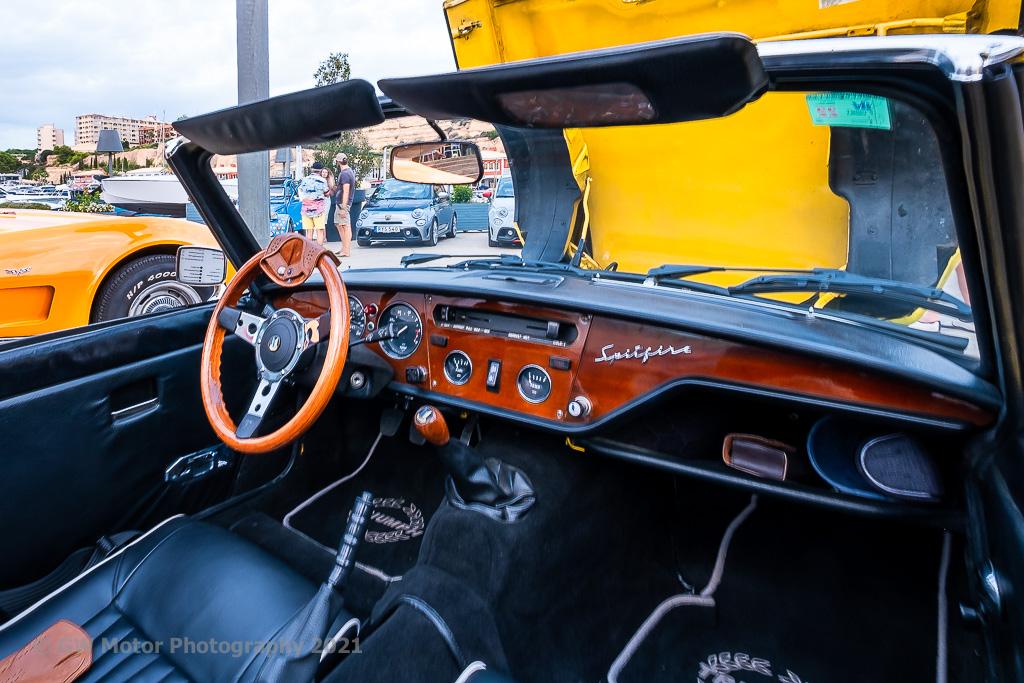 There’s simply too much stuff and too heavy, power everything adds weight and robs feel. Like many products today cars are sometimes far too complex. Just because you can have an electric boot opening mechanism, do you really need one? What’s wrong with using your arm? At this rate we’ll atrophy and in a few years only be capable of using touch sensitive buttons. 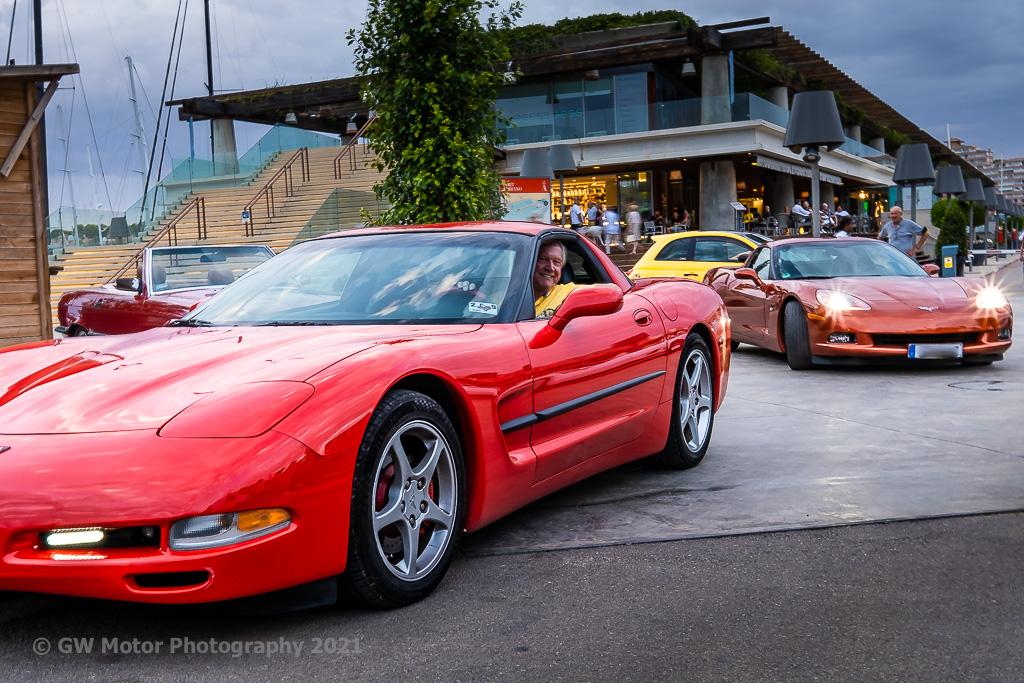 All that doesn’t mean we don’t love everything interesting on wheels. Be it nimble or lardy. 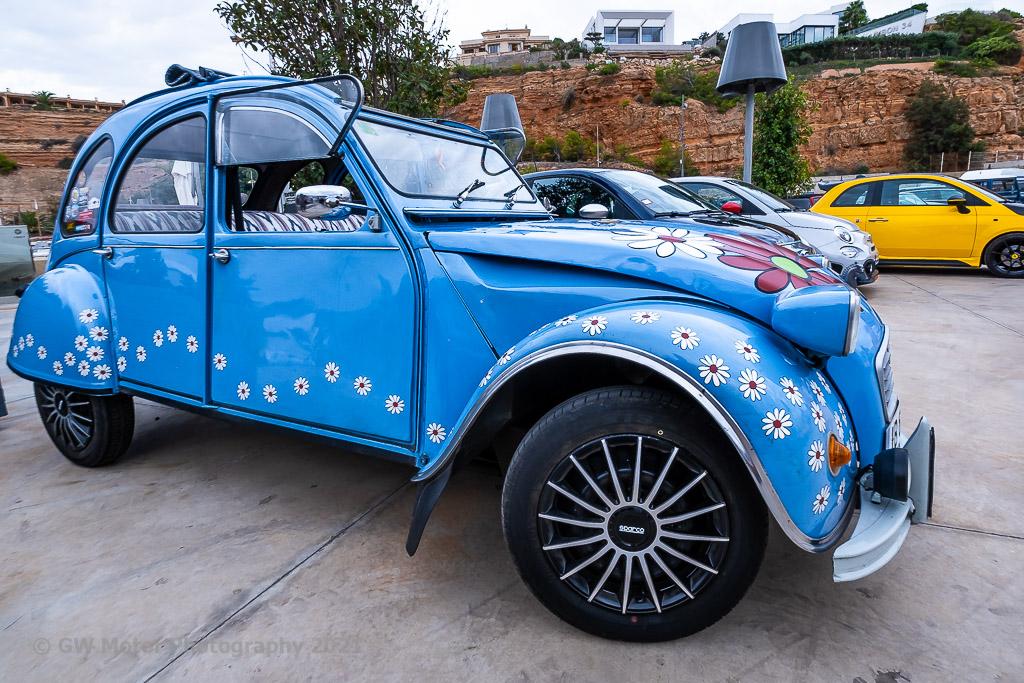 So should you own a modern classic, fully loaded and with power everything and all the gizmos, you are very welcome to join the petrolheads at the Blue Nest in Port Adriano every Thursday from 18.00. See you there.

The weekly meetup is at The Blue Nest in Port Adriano every Thursday from 18.00.
Inspiration by The Classic Car Club at www.cccmallorca.com.
Gentlemen Driving Mallorca at www.gentlemendriving.com & on Facebook.