He is more likely to be praised for his unusual and interesting choice of appetiser. | MDB files

There is a Spanish eating habit I highly disapprove of: their need to stuff themselves even before a meal starts. It’s psychological more than physical and everyone I know does it.
The Spanish word for nibbling before a meal is picar — it entails dipping into several tasty dishes with the idea, supposedly, of opening up one’s appetite.

But these so-called nibbles can be so copious they deaden one’s appetite for the meal that follows. I am not talking about tapas.

They are an excellent habit and have a proper place during one’s eating day and night — but we don’t have mounds of them before a large meal.

There’s nothing wrong with nibbling on some little tit-bit before a meal. But it should be a mere morsel that gets our gastric juices flowing — it must never put a damper on our appetite.

An ideal nibble would be two boiled langostinos (which are available at most supermarkets) to accompany a glass of manzanilla or a dry sherry. The salty sea taste of the langostinos and the manzanilla or sherry chaser would, indeed, stimulate one’s appetite.

But a Spaniard, especially when he invites his friends to a meal, has an inherent fear of seeming to be miserly and would be quite incapable of serving his guests two langostinos.

Instead, he would have a platter of langostinos and, for those who don’t eat shellfish, a huge plate of thinly sliced Iberian cured ham.

But even that lacks choice, he would think, and would feel obliged to provide several other nibbles — and would end up serving a meal before the meal.

I once went to a birthday luncheon at a restaurant where the main course was a whole suckling pig and three kinds of potatoes for eight people.

I was hoping for a light starter, but what came to the table were platters of croquettes, Iberian cured ham, and a rather huge mound of batter-fried squid.

The ham on its own would have been more than enough while we waited for the suckling pig and all those potatoes.

Getting a meal off to a light but tasty start requires discipline and a minimalist attitude to what constitutes a nibble.

We should learn from the Japanese who are so good at paring everything down to the bare essentials and making less seem like more.

When deciding on aperitif morsels, it helps if one doesn’t have the psychological fear of seeming to be mean and is also confident enough to serve something different, tasty, entertaining and, above all, extremely light. But what is that something?

One of the best preprandial nibbles that no one I know ever thinks of, is the very humble winkle — or bigaros as they are called in Spanish. This tiny sea snail fulfils all the essentials of a good nibble.

They are so minute that no matter how many you meat they will not take the edge off your appetite. They have a superb sea taste you don’t want to spoil with garlic mayonnaise and other rich sauces, and that helps to ensure they won’t dull even the most bird-like of appetites.

Another advantage is that they must be picked out of their shells with a pin. Most people find this is fun, so it becomes a little chore that stimulates conversation as much as the diminutive sea snails stimulate the appetite.

The bigaro has something else going for it: few people buy them and it is even difficult to find them in tapas bars.

So novelty adds to their attraction and makes them even more desirable. And the host can provide plenty of them, so no one is going to think he’s a meanie.

He is more likely to be praised for his unusual and interesting choice of appetiser. In these days when everyone has been there and done that, it’s not easy to come up with something different.

When you bear in mind that many of us have childhood memories of eating winkles at seaside resorts during the summer holidays, then there’s a bit of nostalgia involved — and bigaros become an even more attractive way of starting a meal.

Bigaros have yet another added advantage that makes them a satisfying buy: they are still relatively cheap, especially when you compare them with the price of other seafood.At the supermarket of El Corte Inglés in Jaime III this week bigaros were priced at €12.95 a kilo. When I looked at my files I saw that the price in 2005 at El Corte was €11.40. 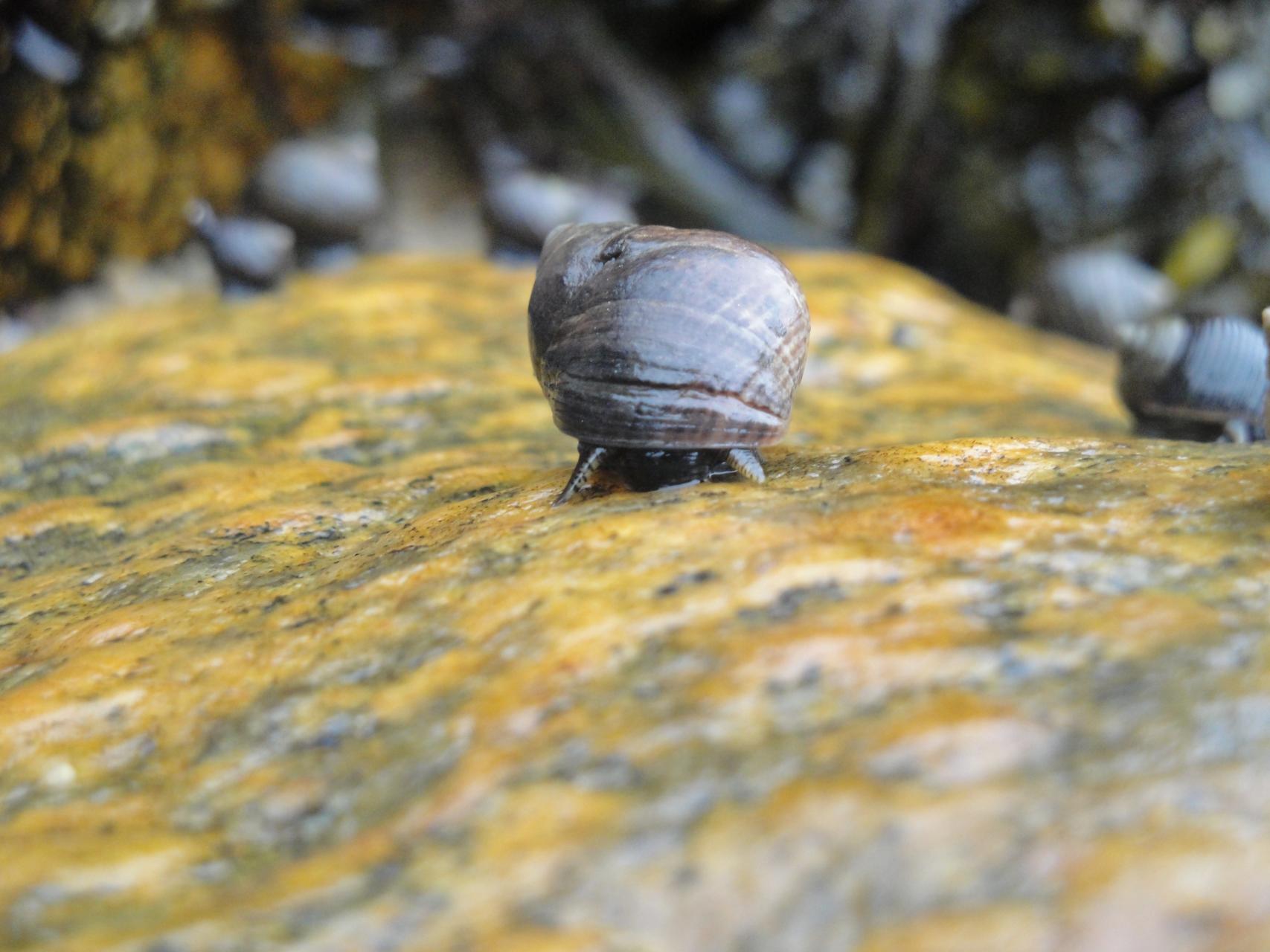 That means the price has gone up by only €1.55 in 16 years — an average increase of less than 10 centimos per year. Wouldn’t it be wonderful if all prices went up by such a modest rate?

One last good thing about bigaros: they are so minuscule and weigh so little that you get loads of them in a kilo.

High class cooks use bigaros in their recipes — particularly as a garnish with expensive fish and shellfish because the bigaro enhances the flavours of the main ingredients.

Richard Stein, who does wonders with seafood at his restaurant in the Cornish fishing town of Padstow, has a ‘fruits de mer’ platter in which winkles take up a little of the space with lobster, crab, prawns, shrimp, oysters, scallops and sea urchins.
The bigaros at El Corte Inglés are uncooked, but their preparation and boiling could hardly be easier.

Wash them well in two or three bowls of cold water and leave them covered with water until you are ready to use them.

For a kilo of bigaros, put two litres of water into a saucepan and add 60 grs of salt. This will give you the salinity of sea water, the ideal degree of saltiness for cooking most kinds of shellfish.

By cooking them in this way they will be tender and will have an exquisite sea taste, which is the main part of their charm and attraction.

They can be served lukewarm when they are drained or you can let them come to room temperature. Never serve them straight from the fridge.

Some cooks add herbs to the cooking water of bigaros and other shellfish but I find this masks their sea taste — the main reason for eating them. 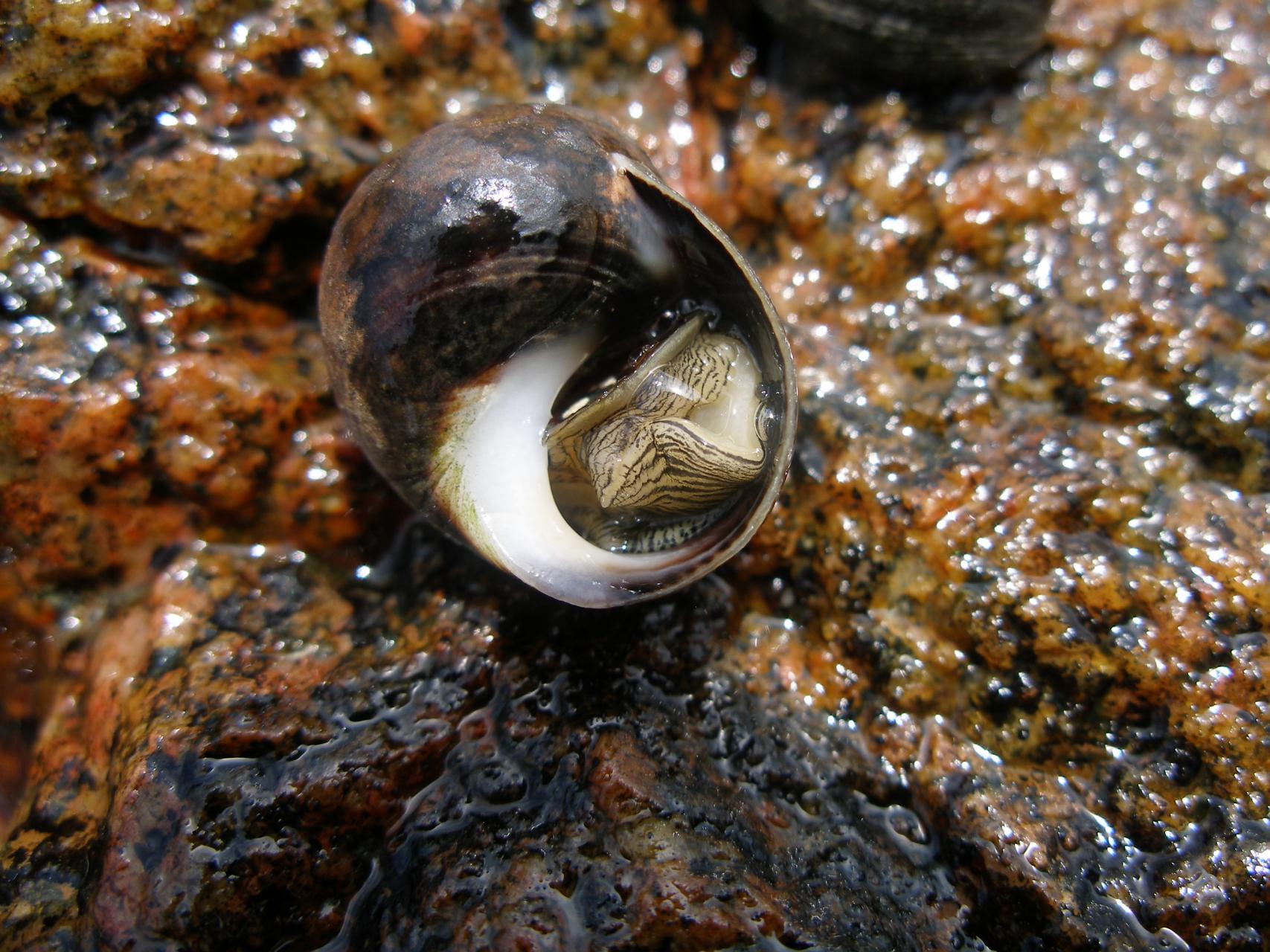 Bigaros are sometimes served with vinaigrettes or garlic mayonnaise, but these extra flavours add nothing to the bigaros and only detract from the natural sea taste that gives them their essential character.

One of the reasons bigaros are so tasty is that they live off seaweed, so their diet is already full of the sea.

Winkles have been a tasty tit-bit since prehistoric times. Their shells have been foiund in ancient sites in Scotland, Denmark and other coastal areas of northern Europe.

The American Indians were also very fond of them. Winkles still exist on American shores but most Americans will have nothing to do with them. It’s most unlikely you will ever see them mentioned in an American cookbook. One thing hasn’t changed over the thousands of years humans have been eating them: a little patience is still needed to winkle them out of their shells.

I don’t know what prehistoric people used, but an ordinary safety pin is the ideal extraction utensil. Take a cook bigaro and pick out the operculum, the mica plate that closes opening of the shell.

Stick the pin into the thickest part of the bigaro and then twirl the shell — not the bigaro — and the flesh will slip out easily.

Take it slowly to begin with and you’ll soon work up a nice speed that will enable you to down more than a few before dinner is served — and without spoiling your appetite.