Often called ‘Sulphur’s in North America, the Clouded Yellow (Colias croceus), has an orange-yellow colour and rapid flight action that makes them unmistakable. Females have yellow spots in the black borders on the upper side of the wings. Although they have a wingspan of a mere 2 inches, they are strong fliers and a prolific breeder, having up to four broods a year.

My first ever one on Mallorca was at the Albufereta Marsh, where whilst listening to the song of a Corn Bunting and seeing a Stonechat flittering around on the top of the Glassworts, I noticed this eye-catching, vibrant and bright butterfly coming my way. This has proved a regular site for me to see them, but they can be found elsewhere on the island.

They spend most of their time feeding on the flowers of Clover, Knapweed, Thistle and Lucerne, and can be attracted to gardens with flowers such as Aubretia, Marigold and the herb Marjoram. The caterpillars feed on Vetches (Reversed Clover is one such species here) and can be beneficial at keeping weeds at bay. They are green in colour with a covering of fine, white hairs and a yellow stripe along each side. The yellow eggs are laid in late June , singly on leaves of their food plant, and turn an orange colour before they hatch - usually after about one week. The pale-green chrysalis is attached to a plant by a silk pad and a silk girdle. After about 18 days the butterfly emerges in late August and into September. In certain light, the wings of the males can create an ultraviolet reflection (the females do not), and both sexes can have colour variations. They have a bent tongue which helps them to probe individual flowers on their food plant. They never rest with their wings open and can be difficult to approach and easily disturbed, but when left alone, they entertain the observer as they flit from flower to flower. One to look for in September. 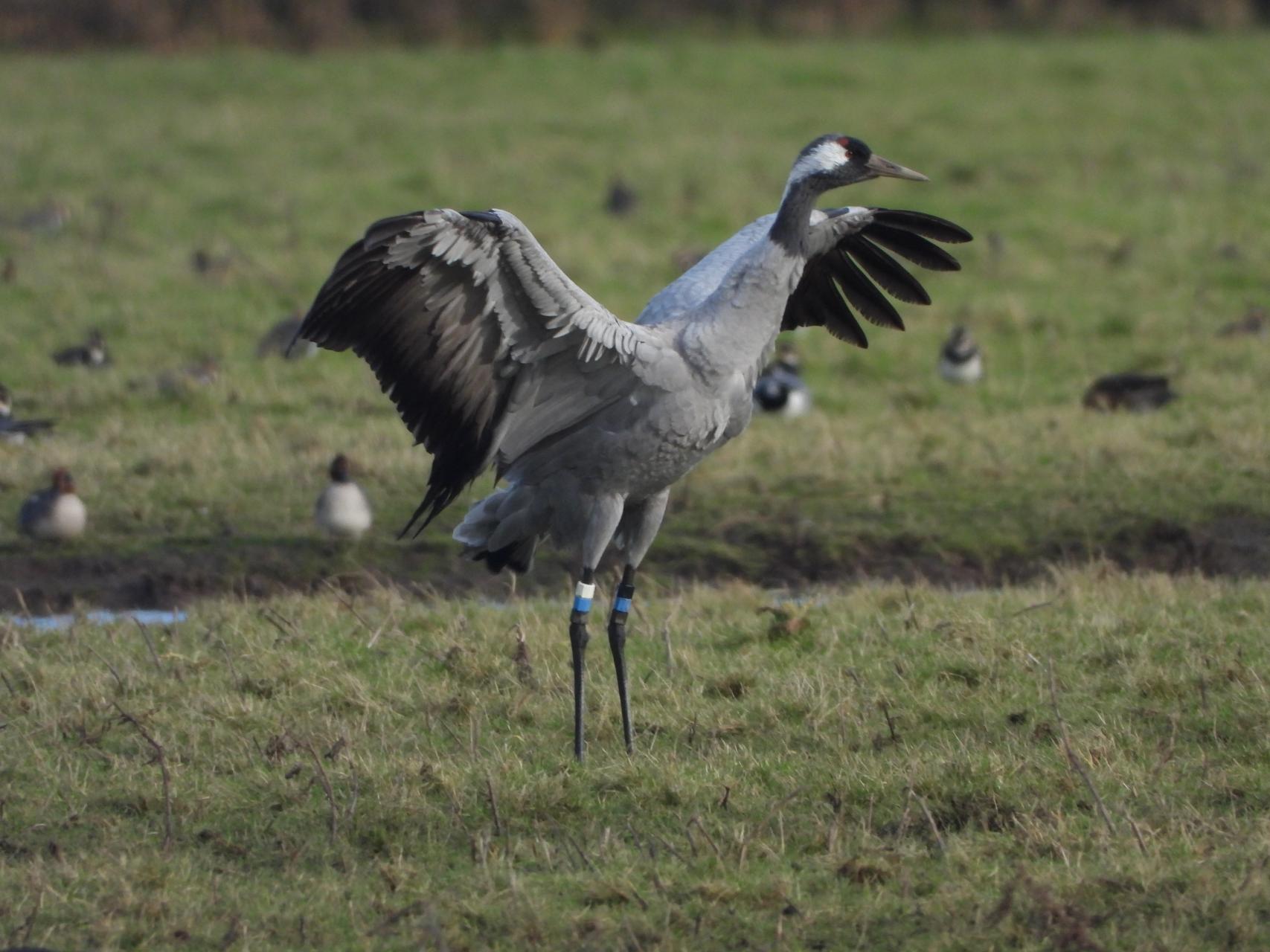 There is an autumn species to look out for now, that has a wingspan much more than 2 inches - in fact, it is a whopping 170 - 180cm, and belongs to a characteristic bird that stands tall and proud - this is the Common Crane (Grus grus). Being an omnivorous species, they eat mainly plant matter - roots, rhizomes, stems, tubers, leaves, fruits and even seeds, and when available, they will tuck into pond-weeds, Peas, Potatoes, Olives and Acorns. Surprisingly, their diet does not stop at plants. They will happily tuck into Snails, Worms, Spiders, Millipedes, Woodlice and even Crabs - and on occasion they have been seen to take small birds, amphibians and rodents. That is probably one of the most varied diets of any bird here? 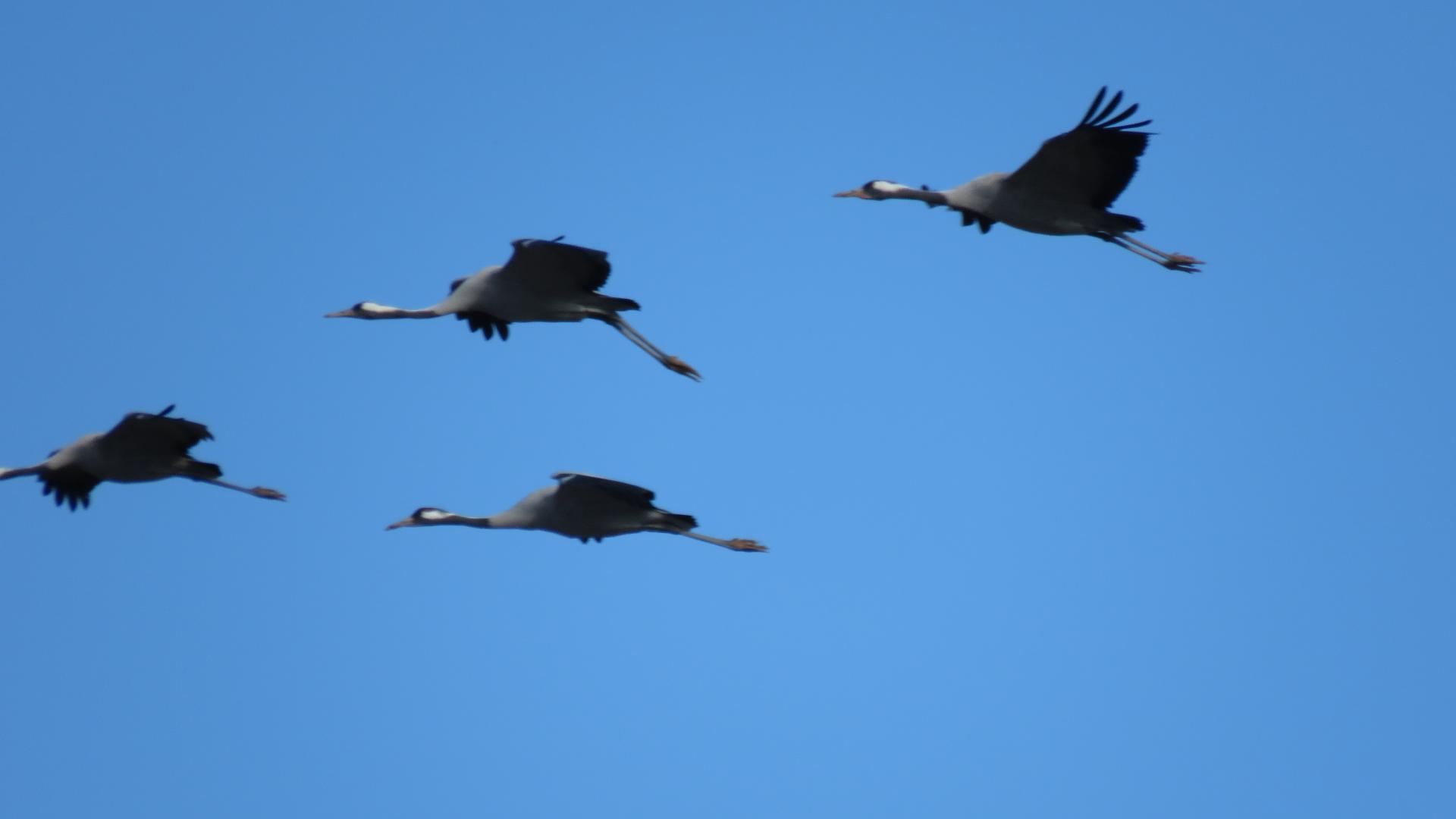 They forage on land and in shallow water (hence the variety of food they will take), probing with their bills for any edible organisms. Some farmers take a dislike to this species as they are reputed to damage crops, but they mostly consume waste grain in the winter from fields previously harvested, and so actually benefit the farmer by cleaning the fields of waste plants and pest insects. Foraging and drinking is done in groups and winter flocks can vary from several birds to large groups. There is safety in numbers, and believe it or not, such a large, tall bird does have avian predators - the Bonelli’s Eagle being one such formidable hunter. Cranes have been known to counter attack eagles (both on land and in mid-flight), by using their bill as a weapon and kicking with their feet. They can live up to 30 or 40 years in age. 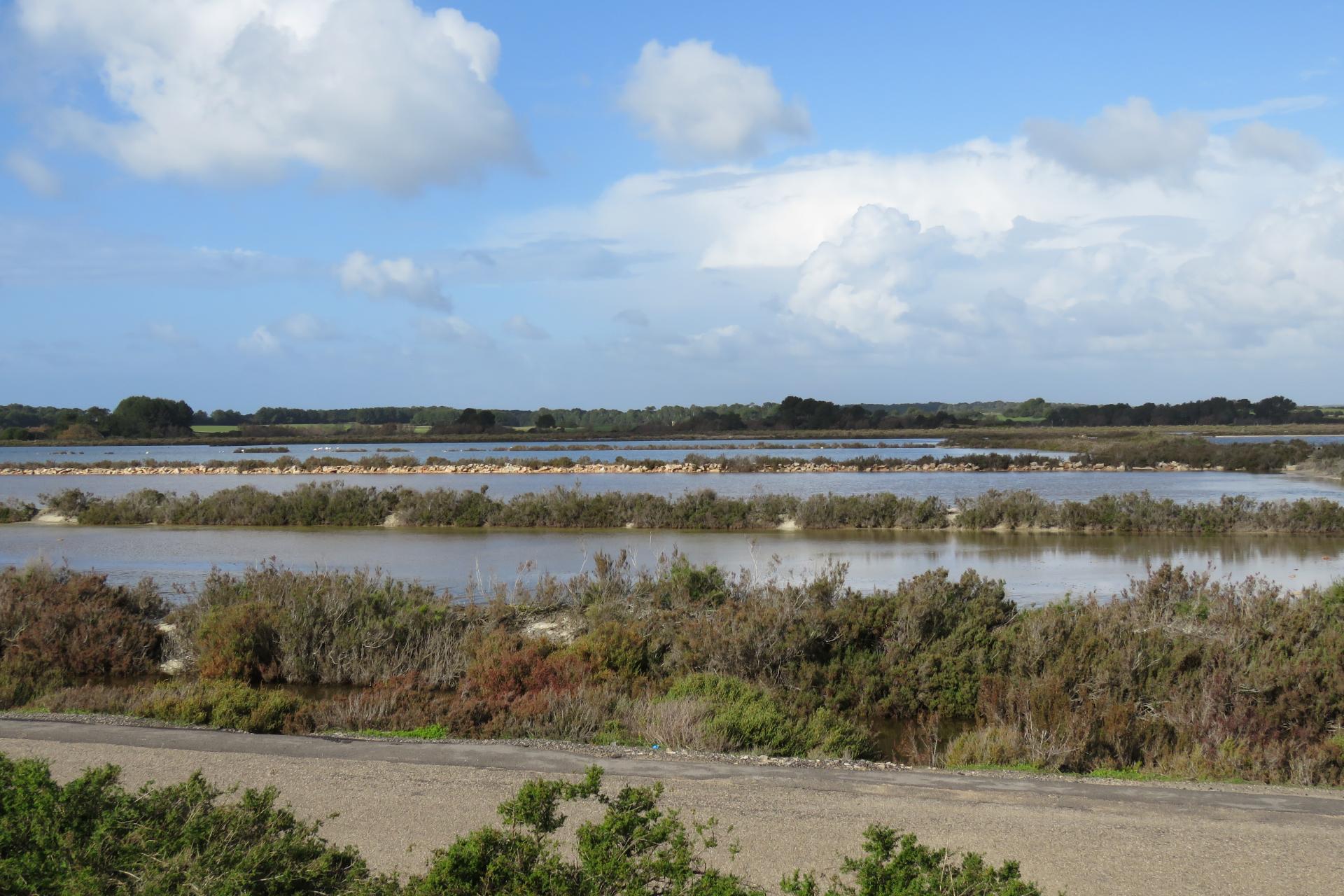 Two reliable winter sites for them here are the salt pans at Sallinas de Llevante in the south, and the Albufera in the north. I recall one such winter sat in the Bishop 2 hide with a resident birder, and we were literally just discussing if any Cranes were about, when I glanced to the far-right corner and spotted four feeding, a great moment. They have a loud bugling call and a ‘kroo-krii-kroo’ call. One year in Hungary, I visited a roost site where up to 70,000 Cranes come into the marsh to roost, and even from a great distance we could hear the calls as they approached, and the sounds as they passed overhead was a memorable time I will not forget. A very large bird with an upright posture, both sexes are similar and they move in a slow, purposeful way. The adult plumage is mostly grey but the head is much darker (appearing black at a distance). A white band extends back from the red eye and a red crown. The chest and parts of the back have a pale-rufus tinge, and the tail has an overhanging cloak of darker secondary feathers. In flight, they show long wings of an even width with black flight feathers and a long-extended neck and of course, trailing legs. It is thought they pair for life and form a tight ‘v’ when migrating.

So, the autumn and winter are also good times to see an abundance of species. The vast majority of the summer breeding birds have now gone with only a few stragglers, but autumn migration is well underway. Keep a look out for winter thrushes such as the Redwing and Fieldfare, early fungi and even some late flowering plants. Enjoy the season as it unfolds, and most of all, be safe and enjoy the great outdoors.