A vacation surprise in Mallorca!

They went for a child-free holiday week and came back home with a new baby. | Anneli and Mats

October came and finally the temperature is down below 30º degrees, I can not remember we ever had such a long and warm September. Kids have been swimming in the pool till last weekend and it has been amazing. Plenty of tourists are still around and I have had my share with Cooperative group travelling to the island the past weeks, something that was not expected this year and is indeed very positive.

I spoke to a Swedish couple, Anneli and Mats who had big plans in 2018 when they came for a relaxing holiday in Mallorca together with Mats brother and wife. The couple had been dating each other for a couple of years, and just decided to take the big step and move in together. Anneli had two teenage kids from a former marriage, and the plan for the future was to continue to spend time with Anneli’s children, and every other week enjoy a more relaxed lifestyle, with the possibility to travel more and visit Majorca more often. But destiny had a different plan for them.

The couple arrived at the hotel and spent the first evening enjoying colourful cocktails in the hotel bar. Second day in the resort was beautiful, sun was shinning and the couple enjoyed some beach time and after that, the pool at the hotel. Then things started to go wrong.

Anneli had swam in the pool and got up to go to the bar when she got a strange feeling that she was peeing on herself, she felt embarrassed, quickly turned around and ran up to the hotel room to change clothes. In the elevator she got a sudden pain in the stomach, and for that she decided to stay in the room. When Mats came up minutes later, she was feeling worse and they realised quickly to their big surprise that Anneli was in labour, and the baby was pushing to get out. Anneli had been given birth before, but the last time was 11 years ago. She had not had any signs of a pregnancy or discomfort this time around. Cases where people are unaware they’re pregnant right up to the birth of the child are extremely rare. It’s estimated that this occurs injust one out of every 7,250 pregnancies and there is a name for it: Cryptic pregnancy.

Chaos broke out in the hotel when Mats came running down the stairs asking for help, the receptionists called an ambulance and Anneli was rushed down on a stretcher to the waiting ambulance. Mats was left behind and jumped in the next taxi available. “The nurse in the ambulance did not speak any English and it was difficult to make myself understood,” she remembers. The nurse tried what she could but the little boy was in a hurry and by the time they got to the hospital, William was born already born in the ambulance. 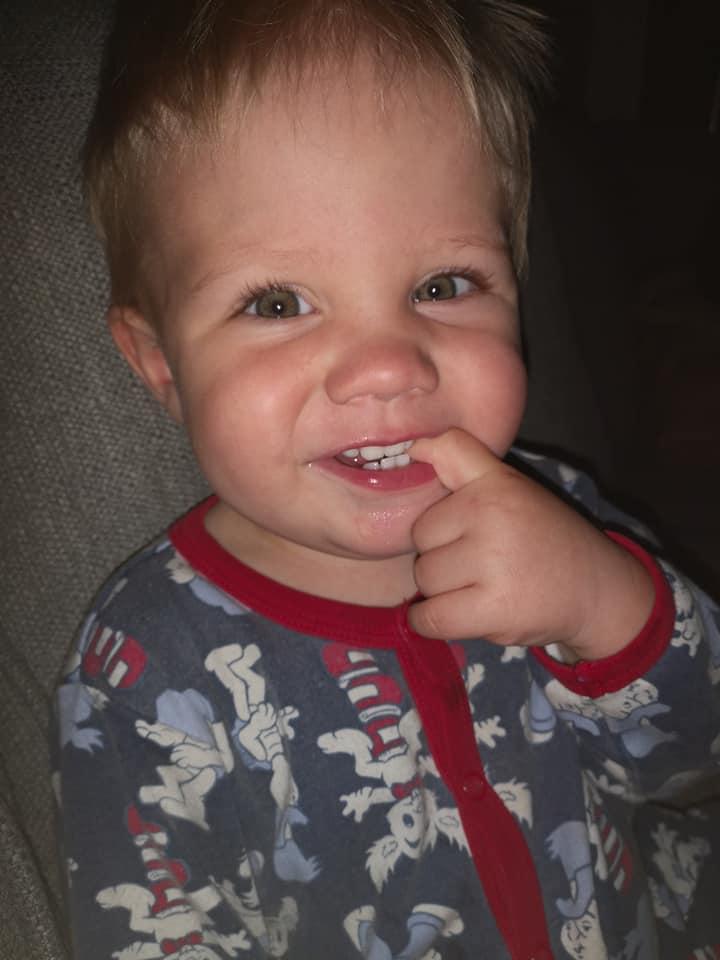 Anneli was lucky enough to share a room with another mother that spoke 7 languages, so she got help with translations, but she admits that she was in total shock as well. They had gone for holiday for a relaxed time with a suitcase filled with bikinis and trunks and now needed at least the basic kit for a new born and next question that came up was how to get all the papers in order to take a new born home on a charter flight without a passport and booking?

Another challenge was to make the family believe that they just had a baby. Mats called his brother who was waiting in the hotel, but the new uncle did not believe what was happening and hung up on him. Same happened when they called their family in Sweden. No one believed the couple, even the photos with William were laughed at, saying they made a photo shop joke.

The unexpected new father had to sort out all the practical parts such as shopping for dippers, baby clothes and getting the paperwork going the next couple of days, while Anneli was resting from the shock in the hospital with the baby. The Scandinavian community helped a lot they remember, “People offered help in so many different ways, clothes for William, practical advice, even a cot so we could bring him back to the hotel and it made things so much easier”, he say gratefully.